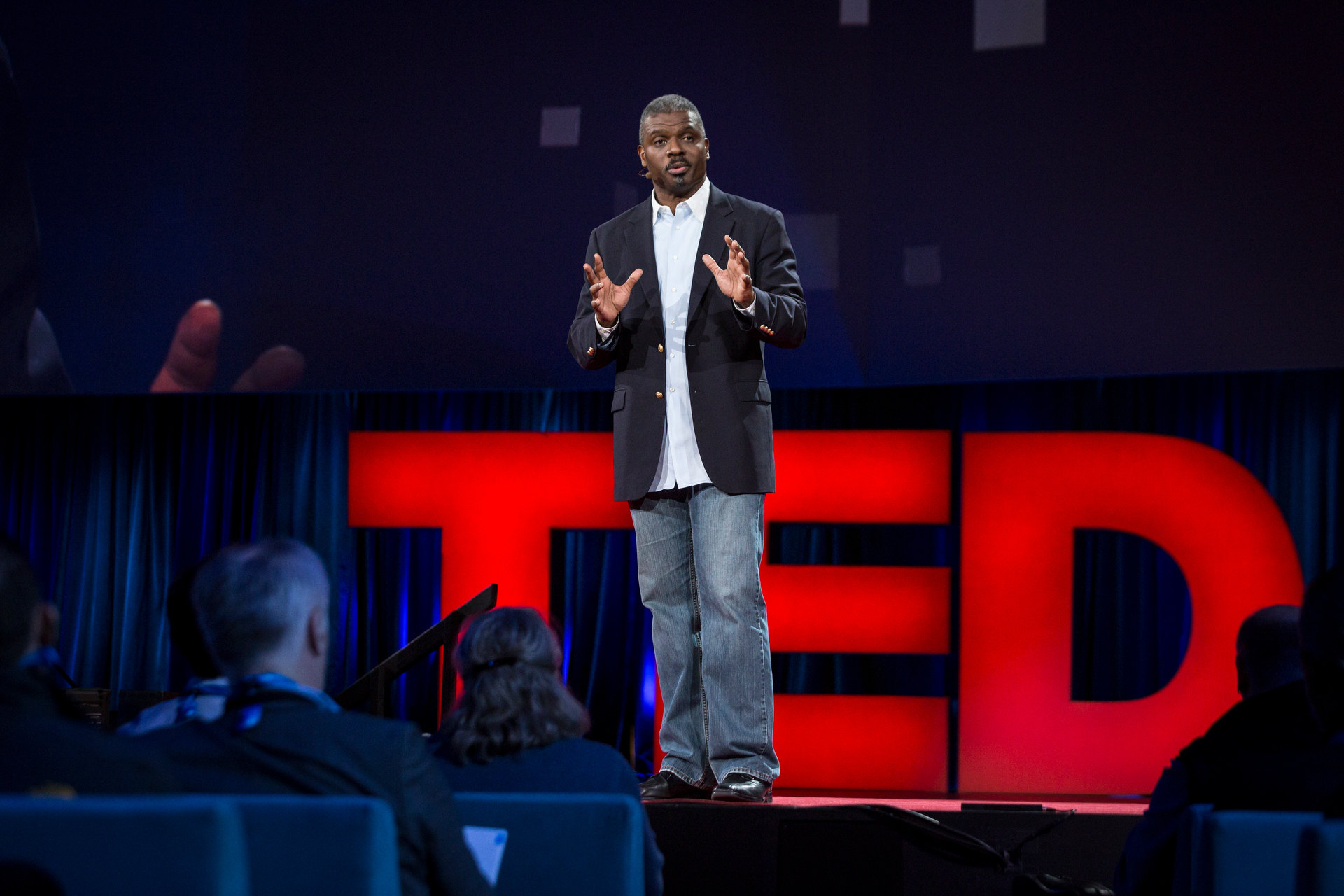 Rev. Jeffrey Brown gives a powerful talk at TED2015 about how he, as a Baptist minister, learned to work with drug dealers and gang members to reduce violence. Photo: Bret Hartman/TED

Jeffrey Brown is a Baptist minister. And yet, he says, “I learned some of my most important life lessons from drug dealers and gang members and prostitutes and had some of my most profound theological conversations on a street corner.”

Brown was one of the co-founders of the Boston Ten Point Coalition, a faith-based group that was an integral part of the “Boston Miracle,” during which violent crime in the city declined by 79% through the 1990s. But to be a part of this change, Brown realized that he couldn’t just stand on a pulpit and talks to the congregants in the pews. He knew he had to leave his church and go out into the community and minister to the people that religious figures like him tended to ignore.

When the homicide rate in Boston first began to spike, Brown wasn’t sure what to do. “People were killing each other for what I thought were very trivial reasons,” he says. “It got to the point where it changed the character of the city … Parents wouldn’t let their kids out at night because of the violence.” Brown found himself conducting funerals for 16-, 17-, 18-year-olds.

He responded by creating programs to reach at-risk youth before they were drafted into the violence. But then he had a wake-up moment. Two teenagers — one of whom he knew — were gunned down 150 yards from his church. One of them was running to its doors for help. “If they had gotten to the church, it wouldn’t have helped. The lights were out, no one was home,” he said. “I took that as a sign.”

He realized that he needed to reach out “to the people who were committing the violence.”

And so he started walking. At night — until 2 or 3am. Into parks where drug deals were going down, into streets where violence brewed. “We had to come out of the four walls … and meet the youth where they were,” he says. “We did an amazing thing for preachers—we decided to listen and not preach … We said to them, ‘We don’t know our own communities between 9pm and 5am. But you do. Teach us. Help us to see what we aren’t seeing.’”

What Brown learned was that the streets weren’t what he saw in the news or in pop culture. “One of the biggest myths we dispelled was that these kids were cold, heartless, uncharacteristically bold in their violence,” he says. “It was exactly the opposite. Actually most of them were just trying to make it on the streets … I know some call it ‘surviving,’ but I call them ‘overcomes.’”

Brown and his Boston Ten Point Coalition colleagues “stopped looking at them as a problem to be solved.” They started seeing them as “collaborators in the struggle to reduce violence.”

The bottom line, says Brown, is that, “We will never arrest ourselves out of this situation.” He continues: ‘when you think of decades of failed housing policies, poor educational structures, poor healthcare and then you throw drugs into the mix? It’s little wonder you see this culture of violence emerging.”

This approach of working with the community helped in Boston. In 2013, Brown turned his attention to bolstering community leaders in 19 other cities through RECAP, which stands for Rebuilding Every Community Around Peace. “The solutions is not more cops, It’s mining the assets there in the community,” he says.

“I believe that we can end the era of violence in our cities,” he says. “It is possible, and people are doing it even now. It can’t just come from folks who are burning themselves out in the community. They need support. They need your help.”