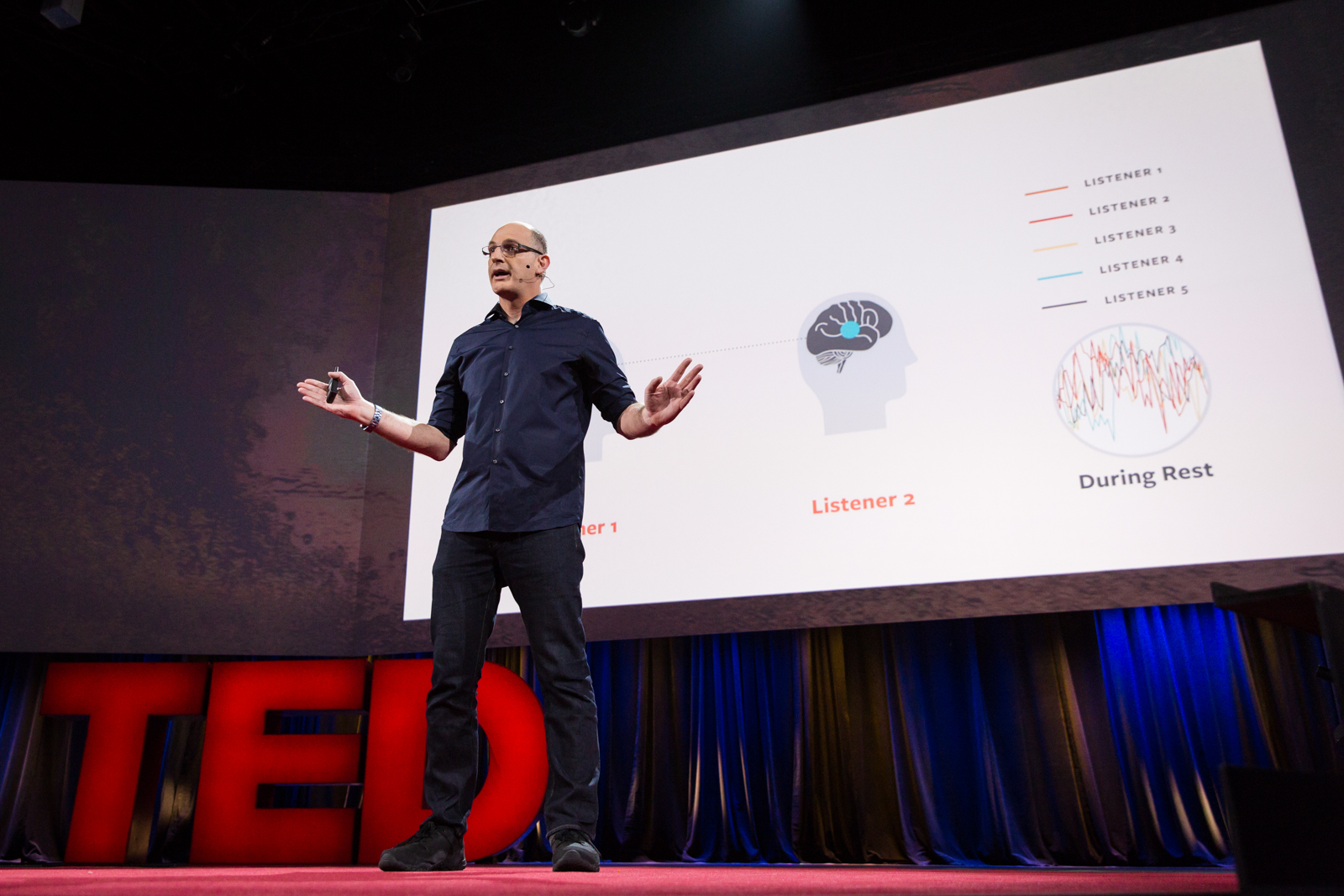 Uri Hasson studies how we tell and hear stories — and how a great story may even allow two brains to sync up. He spoke onstage at TED2016 on Thursday, February 18, 2016. Photo: Bret Hartman / TED

We may, as Joan Didion once wrote, tell ourselves stories in order to live—but Uri Hasson is looking for a few more reasons. The neuroscientist based at Princeton University researches the neurological basis of human communication and storytelling, and in session 11 at TED2016, he shows off some surprising findings.

Functional magnetic resonance imaging (fMRI) from his lab reveals that our brains show similar activity when we hear the same story. In one study, five people listen to the same personal story told aloud. Before the recording begins, their brains show rather different activity—then once the story starts, their brain activity becomes synced, or what Hasson calls “aligned.”

To understand what causes alignment, Hasson’s team breaks the story down into its components—by first playing the story backward; then nonsense sounds put together into words; then scrambled sentences. At first the brains show a small amount of alignment, but not one that spreads deeper into the brain. Critically, it’s not until the listeners hear a real-life story that high-order areas like their frontal cortices begin to align. 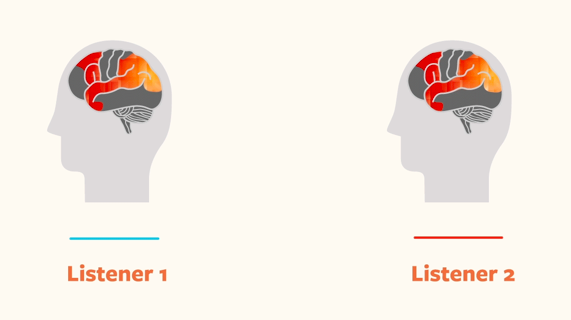 What this shows is that alignment comes from more than just auditory information, says Hasson. In another experiment, Russian speakers and English speakers listened to the exact same story told in their respective languages, and brain activity still aligned.

Even more amazing is that brains show alignment even when a story is conveyed as a paraphrase, even randomly: In another experiment Hasson had subjects watch a scene of the BBC television show Sherlock, and then recall what happened aloud to another person who had never seen it. Indeed that second person showed similar brain activity as the first person, both while they watched the episode and as they retold it.

“The people who we’re coupled to define who we are,” says Hasson — but of course, that can have dangerous implications. Just one sentence can make a huge difference in how two listeners interpret a story. If brain imaging shows us anything, that can make people with a platform disproportionately powerful.

One solution, says Hasson, is to make communication a dialog, rather than a one-way stream of information.