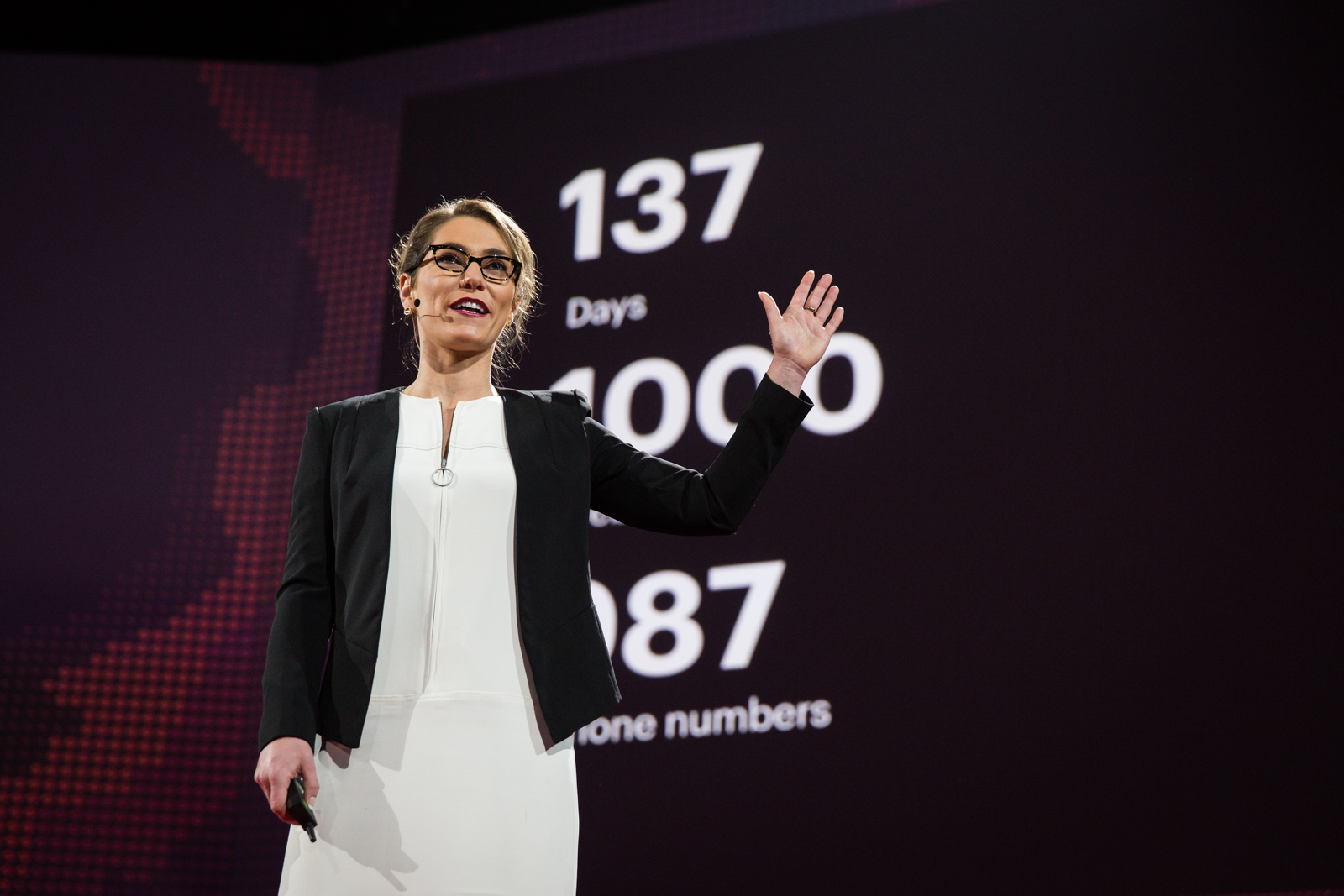 On technologist Haley Van Dyck’s first day working for the government, in 2008, she was handed a laptop that ran Windows 98. “Three presidential elections had come and gone since the government had updated its operating system,” she says. “That’s when we realized: the problem is bigger than we imagined.”

Van Dyck is the co-founder of the United States Digital Service, a startup within the White House that sees its mission as nothing other than “restoring the fabric of democracy.” The startup is up against big odds, as the US government is notoriously bad at creating websites that work for users. Still, the Digital Service, which Van Dyck describes as a “Peace Corps for nerds” is flourishing. The group – half women, by the way – is already one of the largest offices inside the White House. They are, she says, “disrupting how the government does business from the inside out.”

But before the glimmer of hope, a closer look at the problem. She gives us a number: 137, the average number of days that a veteran has to wait to have their health benefits processed. Getting to that point means navigating a complicated tangle of websites and call-in numbers, hundreds of them, all run by the federal government. “The absurdity of the system has a very tangible cost,” says Van Dyck. Veterans aren’t just twiddling their thumbs; they are waiting to see a doctor.

Van Dyck asks for a show of hands of people who enjoyed renewing their passport or their driver’s license. Few hands go up. “From my phone, I can order a gluten-free meal and have it delivered in 10 minutes,” she says. “Meanwhile, a working mother who has to use food stamps to feed her family has to complete an arduous application that she may not be able to find online.” She may have to take time off work, which only further adds to the problem.

“Government’s failure to deliver online services is disproportionally impacting the people who need it most,” she says. For many people in need, the government is a lifeline, and it is letting them down. It is failing to learn important lessons from the private sector, which is using tech to deliver services quickly, at scale, in delightful ways.

Van Dyck understands the problem. The US government is the largest organization in the world, and it has had to be rigid and risk-averse. But as she says, the risk now is in preserving the status quo. “When the status quo is the riskiest option, that means there is simply no other choice than radical disruption,” she says.

She shares some shocking numbers:

And then there are cases like Healthcare.gov, the website for President Obama’s signature legislation that cost $300 million to build and famously didn’t work on launch day. It was the first case the US Digital Service was called in to save. With a small staff, they rebuilt the website into something that actually works, by using the rules of play for the private sector. The US Digital Services recruit the brightest minds in technology and books them for short bursts of work — sometimes just three or six months. They pair these tech thinkers with stakeholders inside the government, and give them the leeway to take risks. The goal: to radically rethink services for veterans, immigrants, students, senior citizens and the disabled. These services can work better, and cost less.

“We don’t care about politics,” says Van Dyck. “We care about making government work better, because it’s the only one we’ve got.”

She shares two of their first projects. First, immigration, which had an almost entirely paper-based system, with applications physically shipped thousand of miles between six centers, meaning that they took 6 to 8 months to process. It’s a problem that the government tried to tackle a decade ago, but 6 years and $1.2 billion later, no working product had been delivered. When the US Digital Service tried again, they deployed a team of six people. They broke the process into chunks, the industry standard in tech, so that they could make swift changes and see results on a rolling basis. Now, for first time, people can renew their green card online, and study for civics tests too. “It’s a better user experience for the applicant and government employees alike,” says Van Dyck.

Second, services for veterans. Van Dyck tells us about Vets.gov, a site that centralizes all veteran needs in one place. They started with two key services: education benefits and disability services, which are now available online. As the team tackles other services, the old hodgepodge of websites will be shut down.

Van Dyck never expected to set foot in the Oval Office, and she assures us that the members of the US Digital Service do not have to wear suits. She urges others to join the team. “Our government is not an abstract institution or concept,” she says, “it’s about us.”

The work really comes down to one idea: “It’s about taking complicated processes and making them more human.”