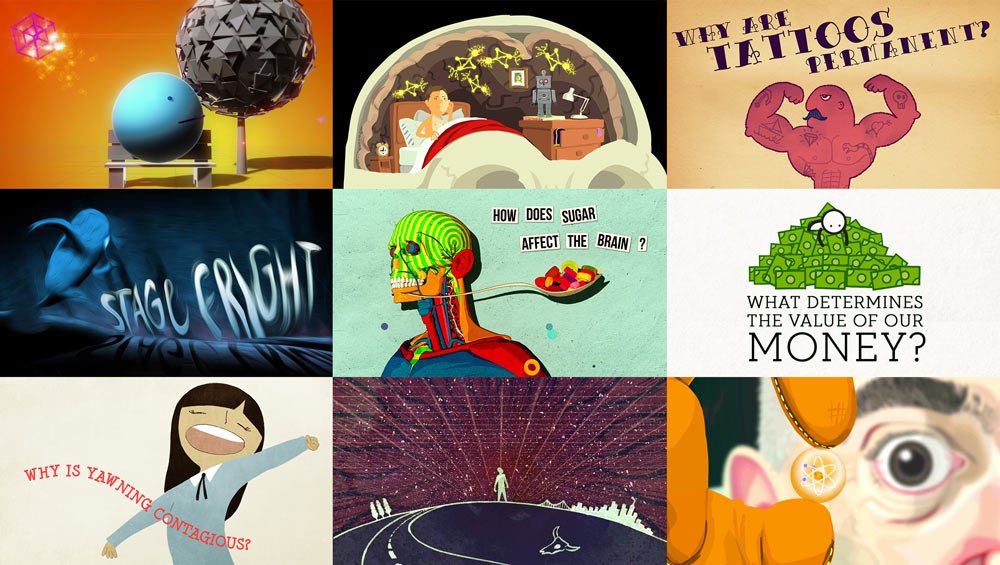 As a Production Intern at TED-Ed, a big part of my job has been to make sure none of our video files have any glitches. So for the past two months, I’ve watched every single TED-Ed Lesson — nearly 500 of them — at least twice. If TED-Ed were a menu, I’d have tried everything on it. If TED-Ed were a foreign country, I would be a fluent speaker of TED-Ed-ese. If TED-Ed were a network of highways, I could drive anywhere with my eyes closed. Not that I would ever do that, of course.

As I’ve watched hundreds of lessons created by experts on topics ranging from history to science, it’s became clear to me that I know very little about anything. Some things I learned: No one knows why the moon looks huge when it’s on the horizon. Michelangelo’s statue of David was sculpted with odd proportions because of the angle from which he intended people to view it. Queen Victoria may or may not have had a tattoo of a tiger fighting a python. I now know that on August 21, 2017, there will be a full solar eclipse. I also know to bring sunglasses, since I shouldn’t look directly at it.

From the lesson, “The moon illusion.”

I have learned countless bits of information. But what’s amazed me most isn’t just the interesting facts, or how smart they make me sound when I bring them up in conversations. What really surprised me was the fact that someone thought to ask: “Did Queen Victoria have any tattoos?” In watching TED-Ed Lessons, I’ve learned the answers to questions I would have never thought to ask in the first place.

Every innovation begins with a question. If you don’t believe that asking unorthodox questions is important, I encourage you to watch the TED-Ed Lesson “What is Zeno’s Dichotomy Paradox?” by Colm Kelleher. It challenged me with thought problems dreamt up by Zeno, an ancient Greek philosopher. He asked questions about what appeared to be inconsistencies in the way we measure reality. He took nothing for granted and began without assumptions. Discovery doesn’t begin with knowledge — it begins with questions and curiosity.

From the lesson, “What is Zeno’s Dichotomy Paradox?”

Another thing I learned from watching every TED-Ed Lesson: to more deeply appreciate animation. Creating even a very short animated video requires months of work. If you watch hours upon hours of animation, you’ll start noticing some of the clever techniques animators use to bring their artwork to life. One of my favorite examples is in Ray Laurence’s lesson, “A glimpse of teenage life in ancient Rome.” The animation here is gorgeous and richly textured, particularly the scenes set in the marketplace. The way characters in the foreground are out-of-focus, and the way the point-of-view bobs and floats, creates the illusion that we’re right there in a Roman marketplace. It’s a technique that adds new dimensions of experience to the scene.

From the lesson, “A glimpse of teenage life in ancient Rome.”

Learning from educators and animators has inspired me to think more deeply about things — not just to skim the surface. But you don’t need to spend weeks watching hundreds of TED-Ed lessons to get excited about learning and creating. Just watch a few. And then: what questions will you ask about the world around you?

This story originally appeared on the TED-Ed Blog. Want more from our education initiative?