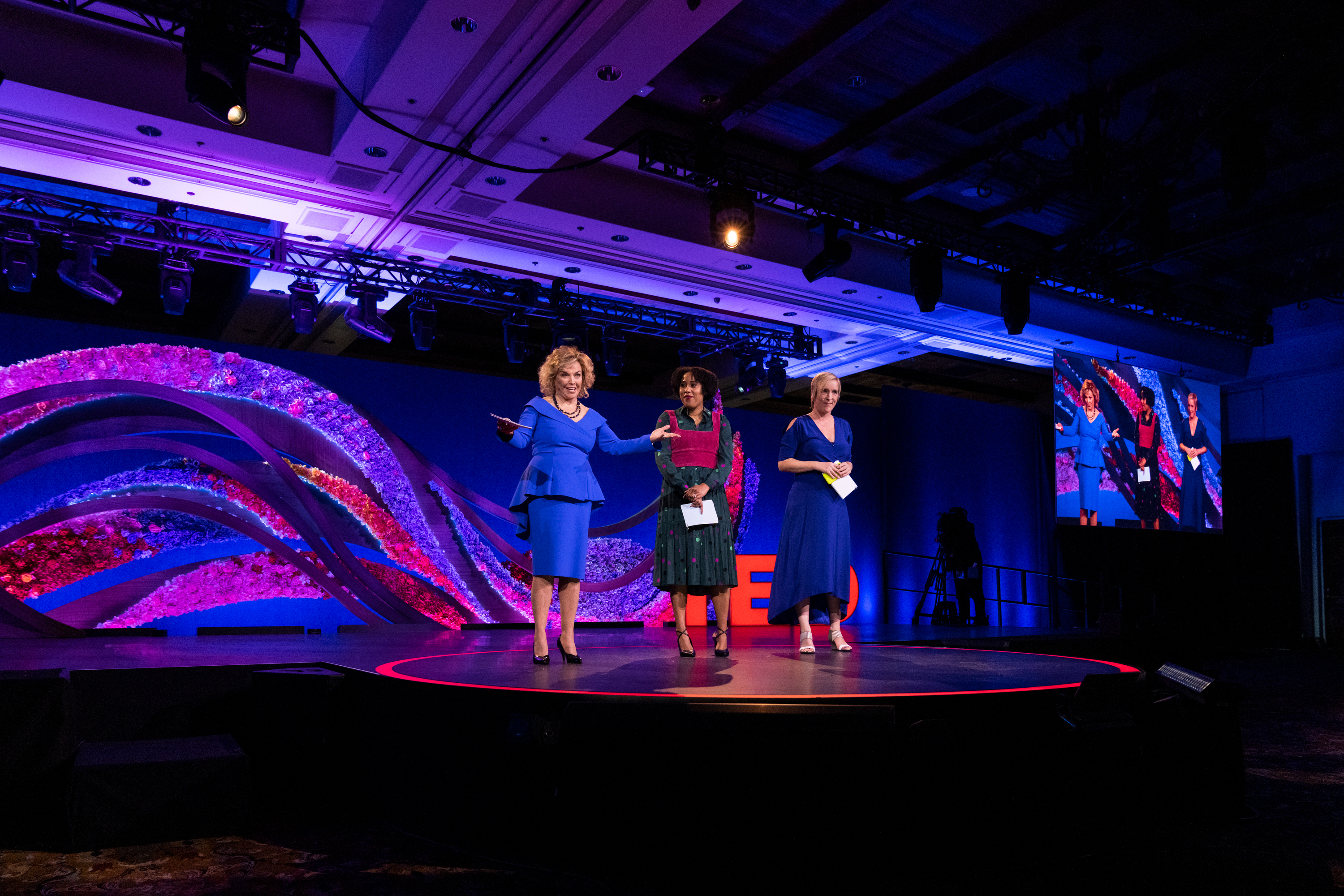 It’s time for TEDWomen 2021! We couldn’t be more excited to be back in person and feeling the trademark TEDWomen magic together again. This year, the theme is “What Now?” and we’ll be exploring what comes now after nearly everything about how we live and work has been altered by the realities of a global pandemic. In the opening session, five speakers and a performer opened the aperture on this central question as it relates to everything from girls’ education in Afghanistan to thinking like an epidemiologist and advancing allyship. 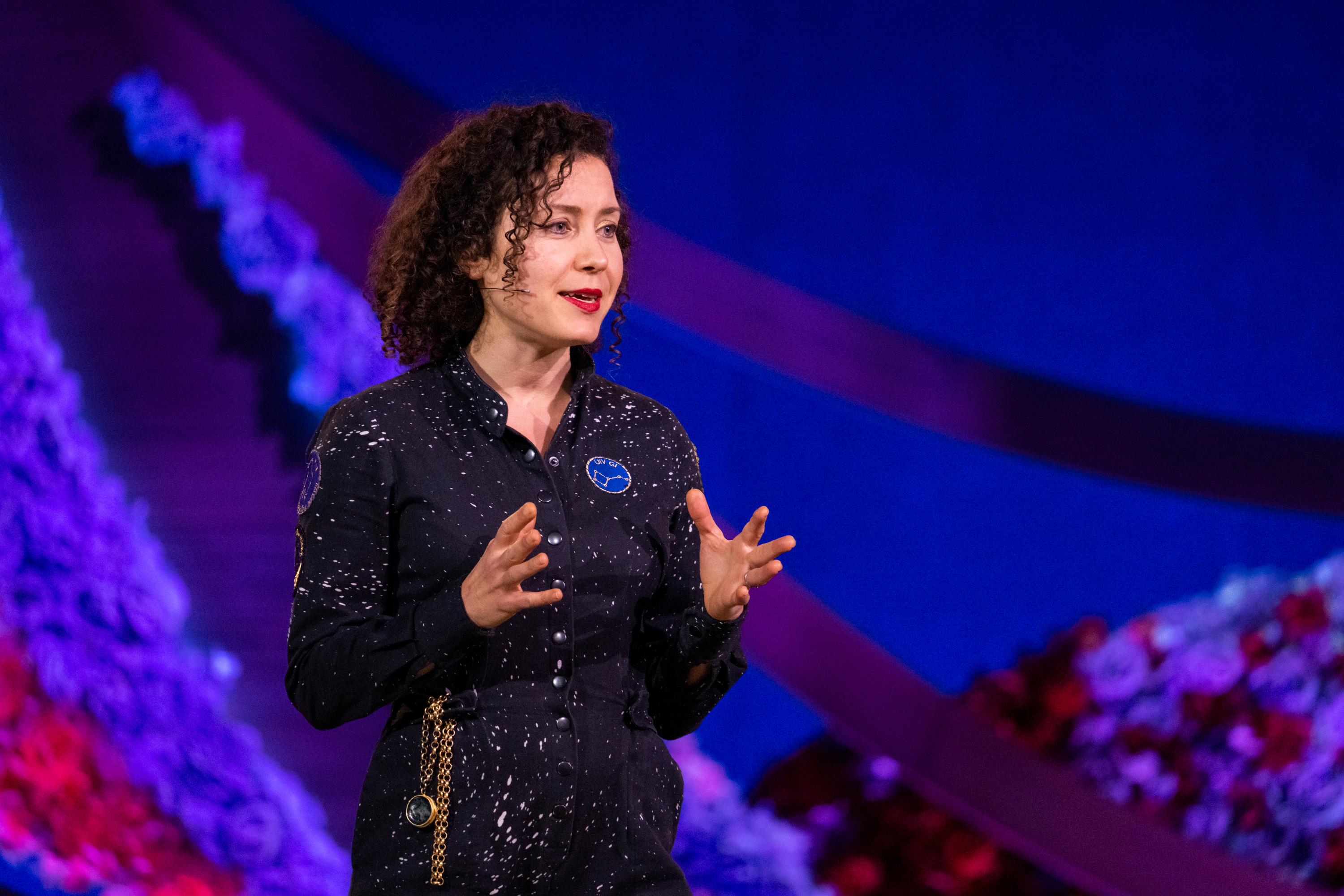 Poet and thinker Maria Popova reads an excerpt from this year’s “The Universe in Verse,” her annual paean to poetry and the natural world, at TEDWomen 2021: What Now? on December 1, 2021 in Palm Springs, California. (Photo: Gilberto Tadday / TED)

Special guest: Poet and thinker Maria Popova presents an excerpt from “The Universe in Verse,” her annual paean to poetry and the natural world. Linking together the histories of Henrietta Swan Leavitt, Edwin Hubble and Tracy K. Smith, Popova crafts an astonishing story of how humanity came to see the edge of the observable universe. 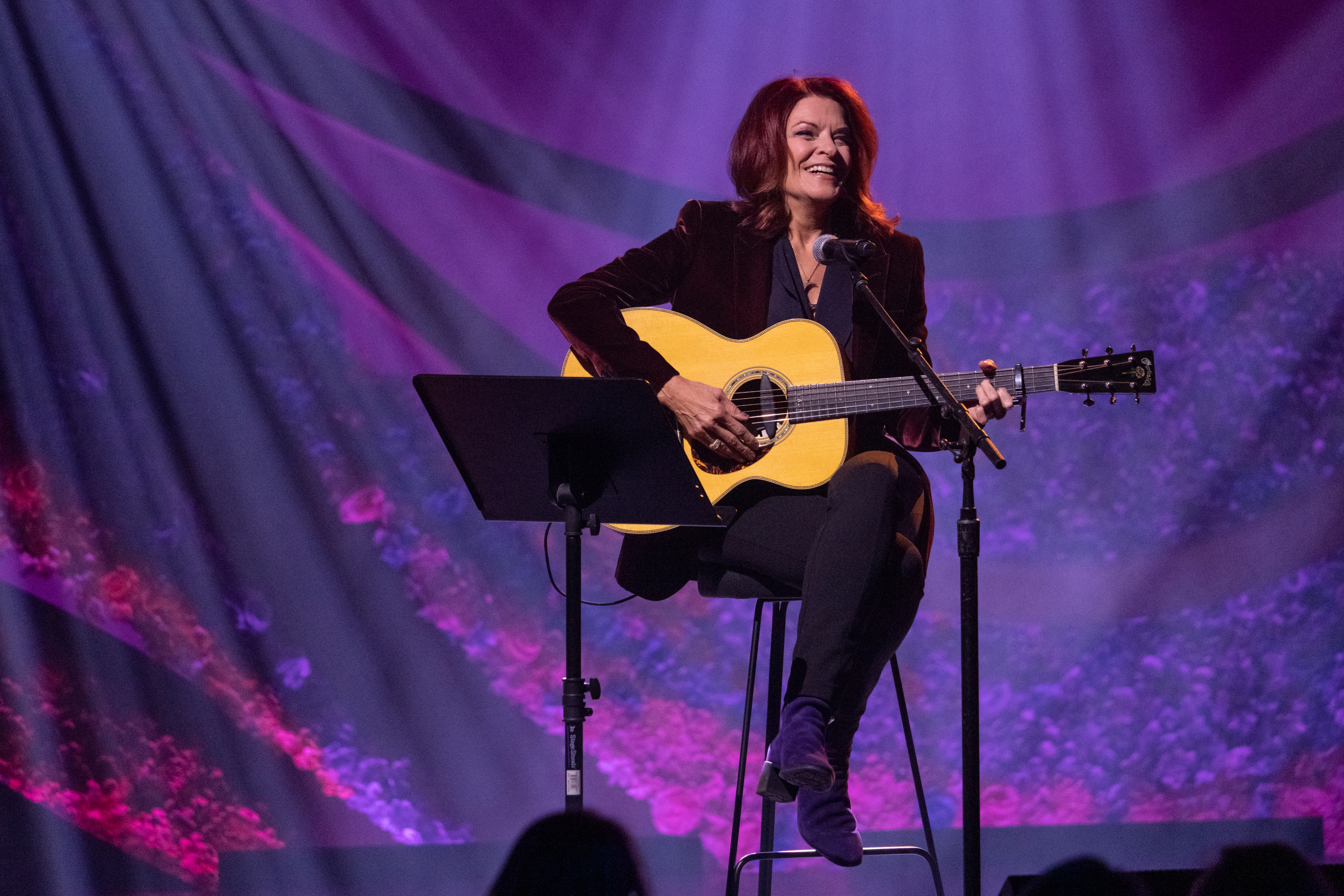 Singer-songwriter Rosanne Cash unspools a gorgeous performance of “The Sunken Lands” and “Particle And Wave” at TEDWomen 2021: What Now? on December 1, 2021 in Palm Springs, California. (Photo: Gilberto Tadday / TED)

Music: Tuning into some “revolutions of the heart,” singer-songwriter Rosanne Cash performs beautiful, graceful versions of “The Sunken Lands” and “Particle And Wave.” 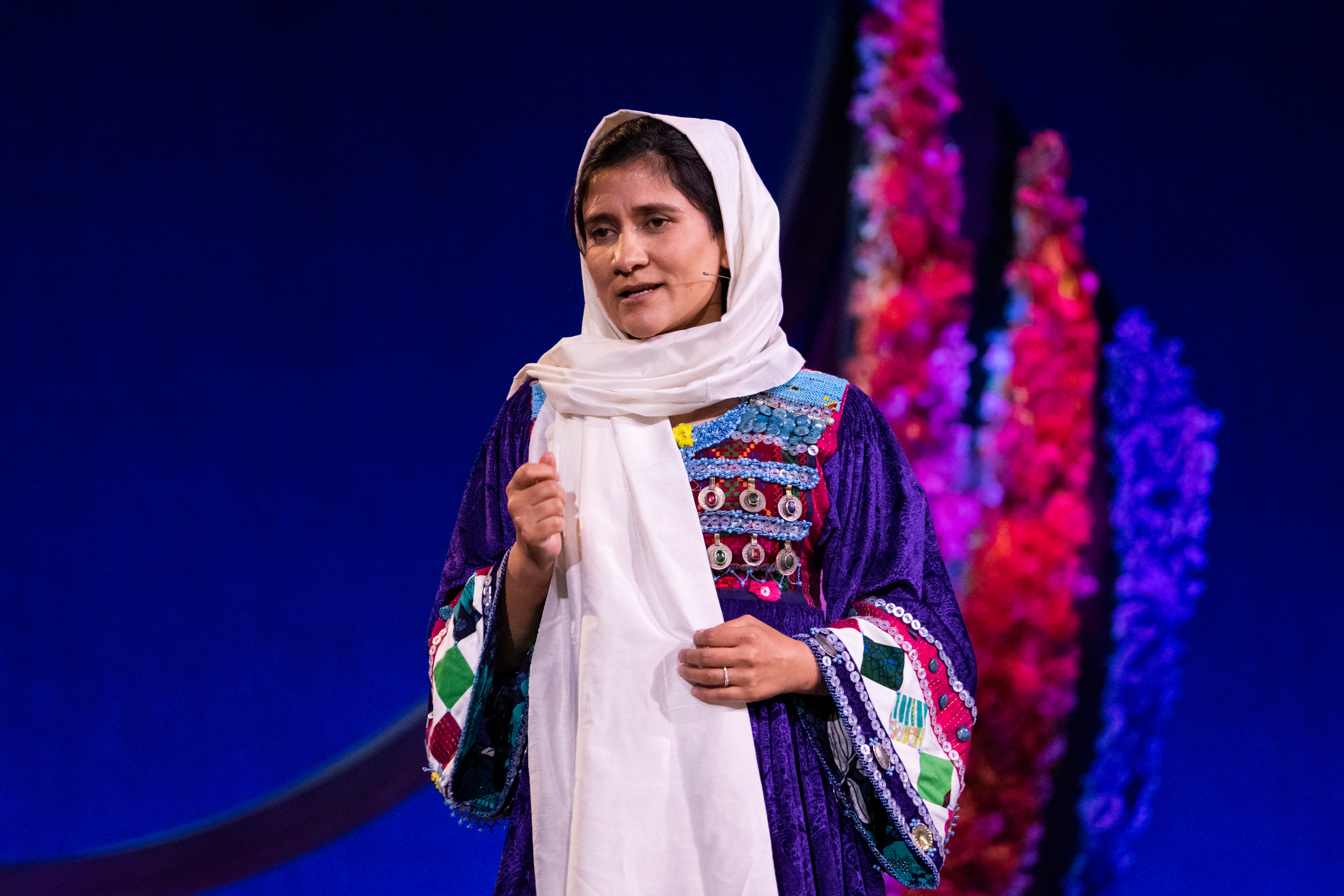 Big idea: The Taliban forbids female education, yet Shabana Basij-Rasik has managed to keep the girls’ school she founded in Afghanistan open and operating since the Taliban returned to power earlier this year.

How? “When you face the uncertainty of what might be,” says Afghan educator Shabana Basij-Rasik, “you can create the certainty of what will be.” What’s certain for Basij-Rasikh is that she will continue to educate future generations of Afghan women no matter the political situation in Afghanistan. In 2012 — nearly a decade after the Taliban’s first regime, an era when girls’ education was forbidden — Basij-Rasikh started a school for girls in Kabul called School of Leadership, Afghanistan (SOLA). In 2016, the school became the first and only all-girls boarding school in Afghanistan. But when the Taliban resumed power in 2021, SOLA adapted. Basij-Rasik burned all academic records to protect students’ identities and, within two weeks, the school evacuated more than 250 students, educators and family members from the country. For now, SOLA operates abroad, on a campus in Rwanda, but the school hasn’t stopped construction on the property it owns in Kabul’s center, where Basij-Rasik says they’re keeping a light on, in the hope that they will soon return. 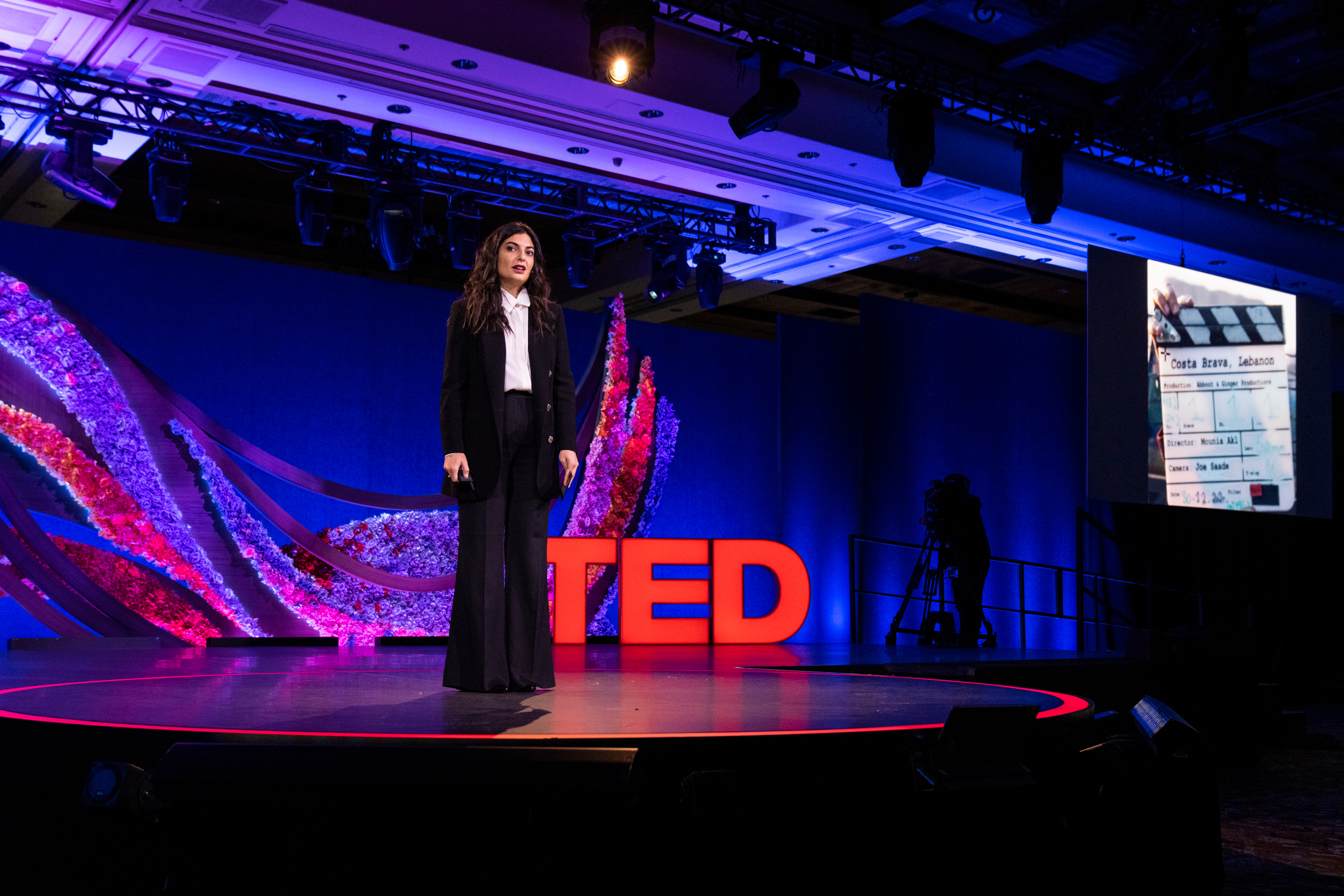 “Lebanon is a place with a very contradicting soul: it’s a place filled with chaos and poetry, a place where hope and despair coexist in really strange ways,” says film director Mounia Akl. She speaks at TEDWomen 2021: What Now? on December 1, 2021 in Palm Springs, California. (Photo: Gilberto Tadday / TED)

Big idea: Coming from Lebanon, Mounia Ali was already accustomed to instability and threats to her safe spaces posed by the outside world. But when Beirut was rocked by a massive explosion during post-production for her first feature film, Costa Brava, Lebanon, Ali came face to face with personal trauma — and the power that pursuing one’s art has to alleviate it.

How? On August 4, 2020, a stockpile of ammonium nitrate exploded at the port of Beirut, leveling large swaths of the city, including Ali’s downtown post-production studio. Forced to dig themselves out of the rubble (and lucky to find themselves alive), Ali and her colleagues found a world thrown into chaos, a world where everyone’s safe spaces had been shattered. Meeting after the explosion, the cast and crew were faced with a seemingly impossible task: finish a film in the midst of a city recovering from disaster, economic crisis and a pandemic. But finishing the film became its own safe space, establishing a sense of order and creation in the midst of destruction. “That moment between the action and the cut, that is what felt like home,” she says. 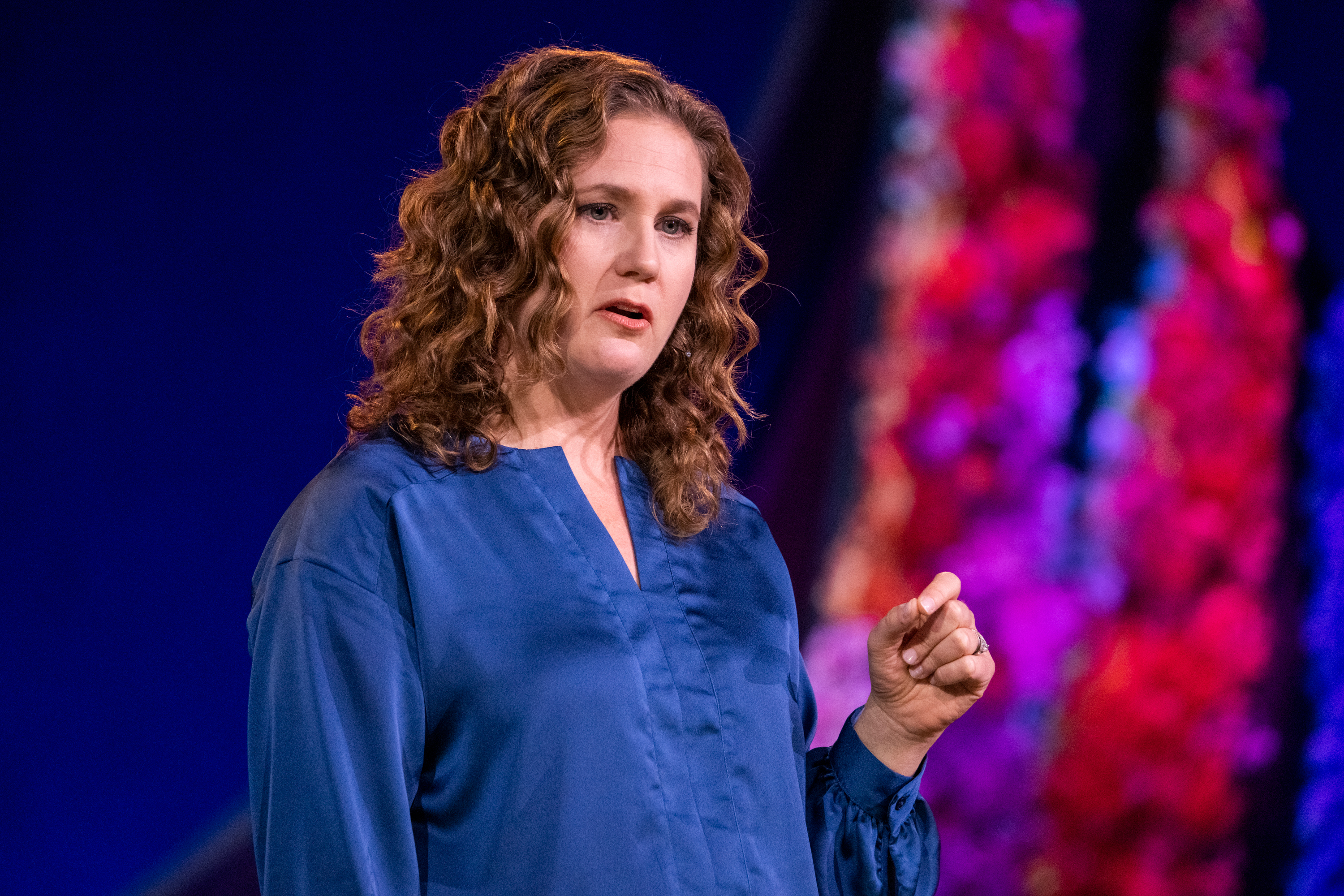 Infectious disease epidemiologist Jennifer B. Nuzzo explains why we should treat the risk of pandemics like we treat the risk of fires. She speaks at TEDWomen 2021: What Now? on December 1, 2021 in Palm Springs, California. (Photo: Gilberto Tadday / TED)

Big idea: We should prepare for pandemics like we prepare for fires: with data, drills and defenses.

How? As an infectious disease epidemiologist, Jennifer B. Nuzzo often gets asked things like, “When will the COVID-19 pandemic end?” and “When will things go back to the way they were?” She shares a story that took place in 1904, when a lit cigarette sparked a massive fire of the six-story Hurst building in Baltimore, Maryland, rapidly spreading and leveling more than a thousand buildings. This tragedy, known as the Great Baltimore Fire, resulted in a remarkable cultural shift and helped transform fire preparedness into a societal priority. Structural vulnerabilities were addressed, fire defense forces were built up and people were taught to defend themselves. (Remember “stop, drop, and roll” and school fire drills?) Much like this historic conflagration, Nuzzo says, COVID-19 now demands the same sort of reaction: We must locate and learn more about the danger; develop cultures of safety that empower individuals and businesses; and establish defenses against future threats. So, when people ask Nuzzo if things will ever go back to the way they were, her answer is: hopefully never. Because this time, we’ll be prepared. 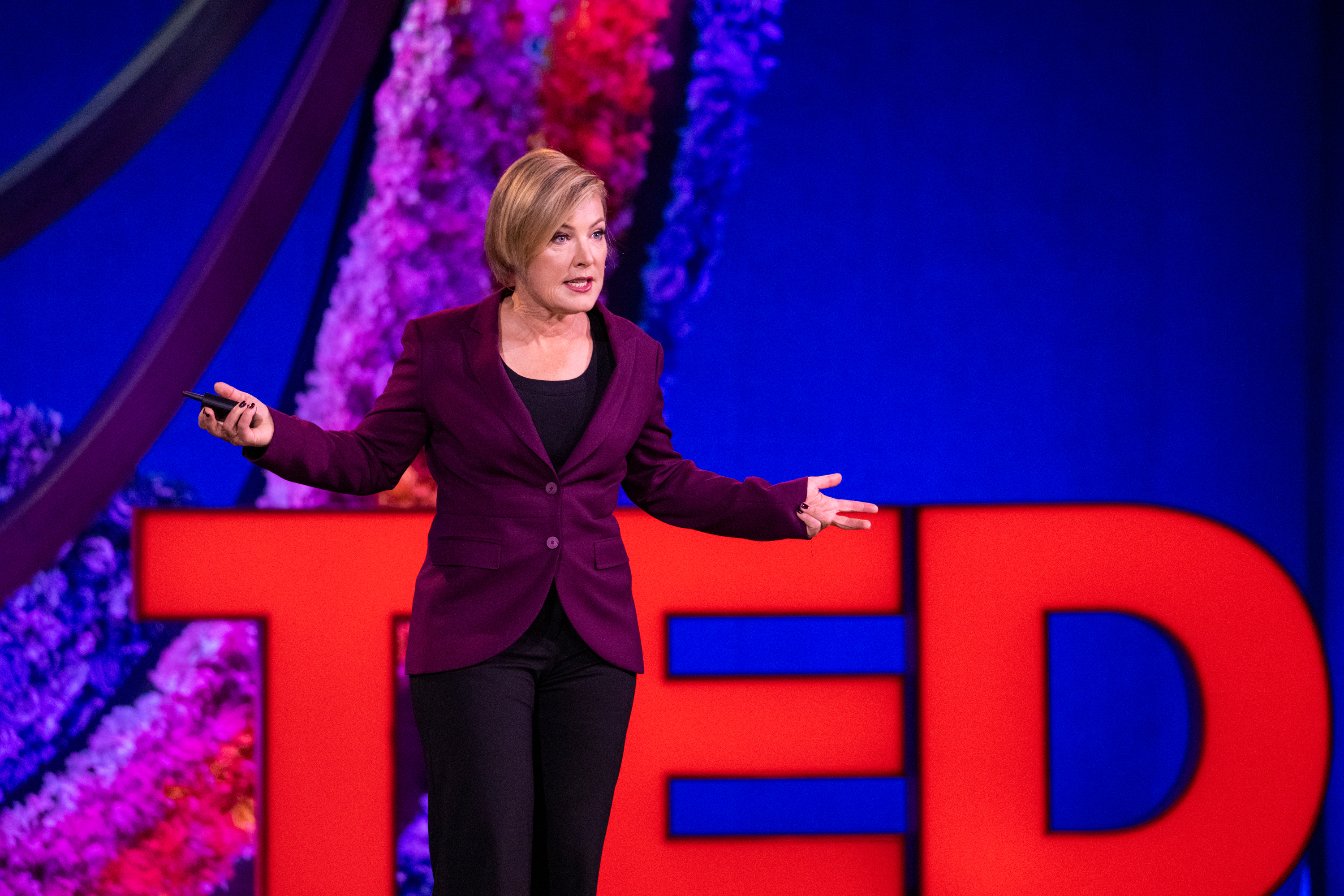 Gillian Tett makes a compelling, entertaining case for anthropology and the need to understand culture. She speaks at TEDWomen 2021: What Now? on December 1, 2021 in Palm Springs, California. (Photo: Gilberto Tadday / TED)

Big idea: There are many ways to see the world differently. Don’t shy away from others’ cultural truths.

How? Before entering the world of financial journalism, Gillian Tett was a cultural anthropologist who studied how the past influences our present lives, thoughts and behaviors. Understanding what shapes a person’s viewpoint can help both make sense of the wider world and yourself, Tett says. She makes the case that anyone can use an anthropological outlook to experience familiar things or commonly accepted beliefs with fresh eyes. A big opportunity to apply this reexamination has been the pandemic, which has shaken society awake and prompted a questioning of values and norms in a way that many find uncomfortable. Tett likens this to a form of “culture shock,” and prompts us not to return to what we already know and accept but rather to take this moment to welcome the new and different cultural truths we may find. 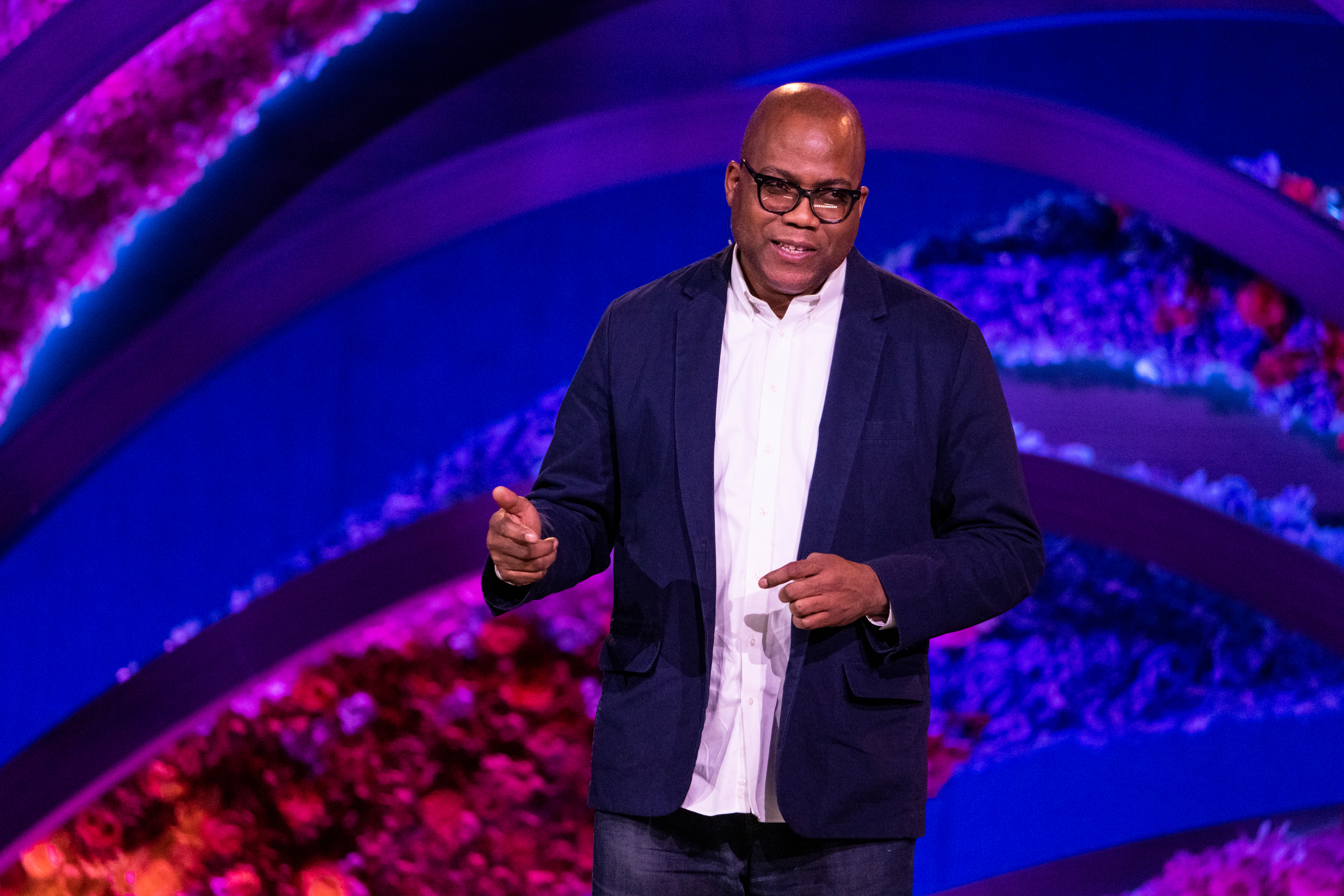 Big idea: After centuries of toxic gender relationships, Jimmie Briggs believes a “gender reckoning” — a settling of accounts between those who identify as women and those who identify as men — is necessary to heal ourselves. The problems demanding repayment are many: gender pay disparities, threats to reproductive rights and domestic violence being but a few. How will this reckoning happen — and, crucially, what is the role of men in instigating and implementing it?

The answer: In order to bring on this reckoning — and, in doing so, become good allies — Briggs believes men must do three things. First, men must defy the cultural expectations that have been drilled into them: “Don’t be emotional, don’t be soft.” Instead, men must recognize masculinity as a spectrum of behaviors in order to overcome violence to others and inside themselves. Second, men must show up for women, as supporters and as activists, in the same way that queer women of color supported equality for all genders by founding the Black Lives Matter movement. And third, men must hold other men (and themselves) accountable for the physical, emotional and intellectual violence they visit upon women. “Broken masculinity harms societies: full stop,” he says. “When men reckon with that truth, we will finally find our shared humanity.”