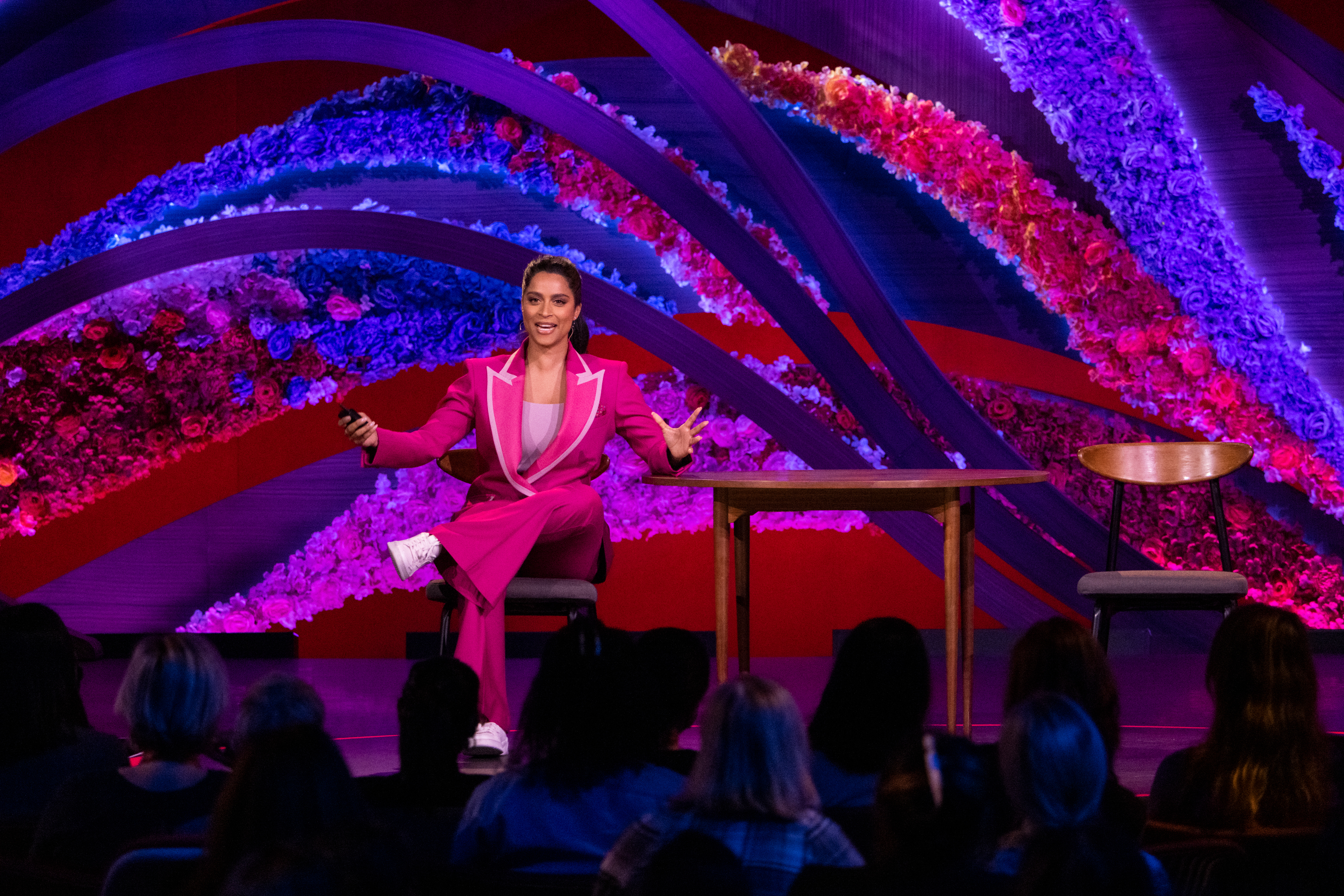 The way we think about work is shifting. Now is the time to rethink, rebuild and even completely reimagine the future of how business gets done — inside and outside the office. The six speakers of Session 3 share the highs and lows of this burgeoning renaissance around work-life and livelihood, and weigh in on what’s missing in the conversation. 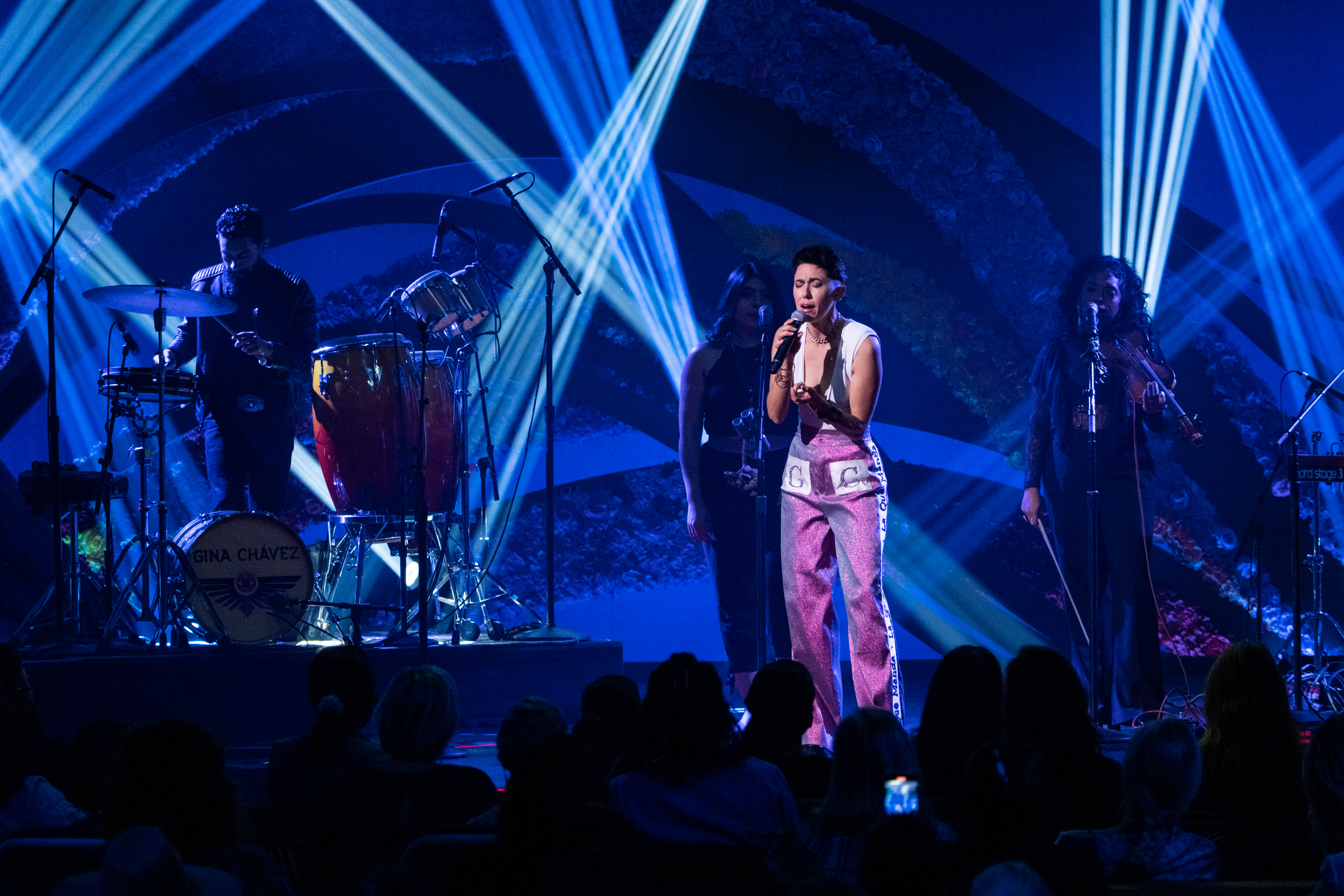 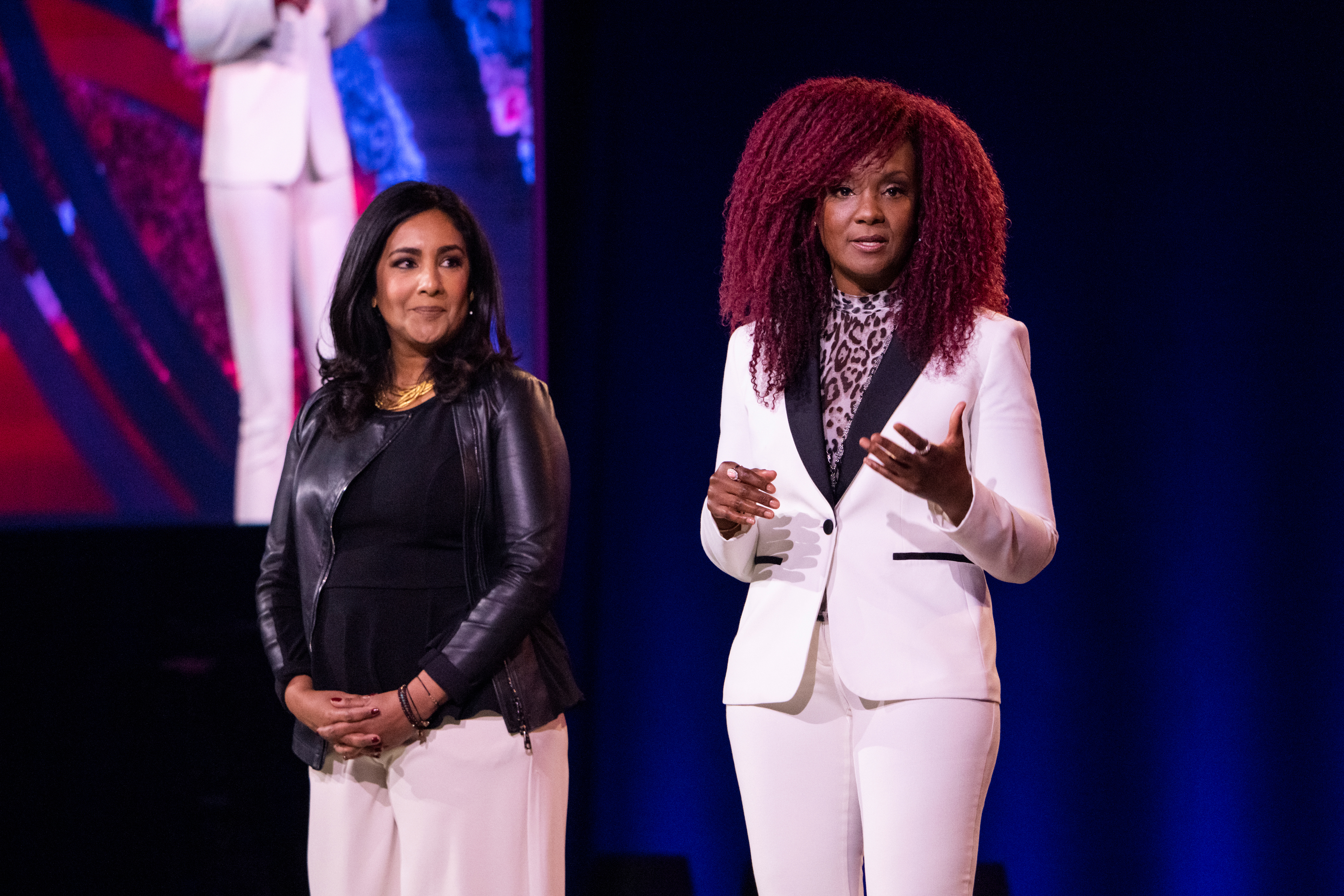 Big idea: Current work structures aren’t working for most of us — especially for women of color. It’s time to reshape those systems and empower women of color to lead.

How? Since 2018, Rha Goddess and Deepa Purushothaman have interviewed thousands of women from all backgrounds about their work experiences. The results have been startling, highlighting the prevalence of microaggressions, negative stereotypes and the need to demonstrate abilities over and over (and over) again. What’s more, women of color get hired and promoted less often and are paid less for the same effort. As a result, one in three women report considering leaving the workforce in the next year — which would amount to a staggeringly large loss of talent. So, what to do? Goddess and Purushothaman share four pathways to reimagine work and center women of color as leaders: get rid of toxic high-performers, (as leaving them in positions of power creates toxic workplaces); treat women of color as your greatest assets (their lived experiences make them natural-born leaders); help each other thrive with intention; and banish the “broke-ass chair” (women of color need more than a “seat at the table’ — it’s time to remake the whole table, together). 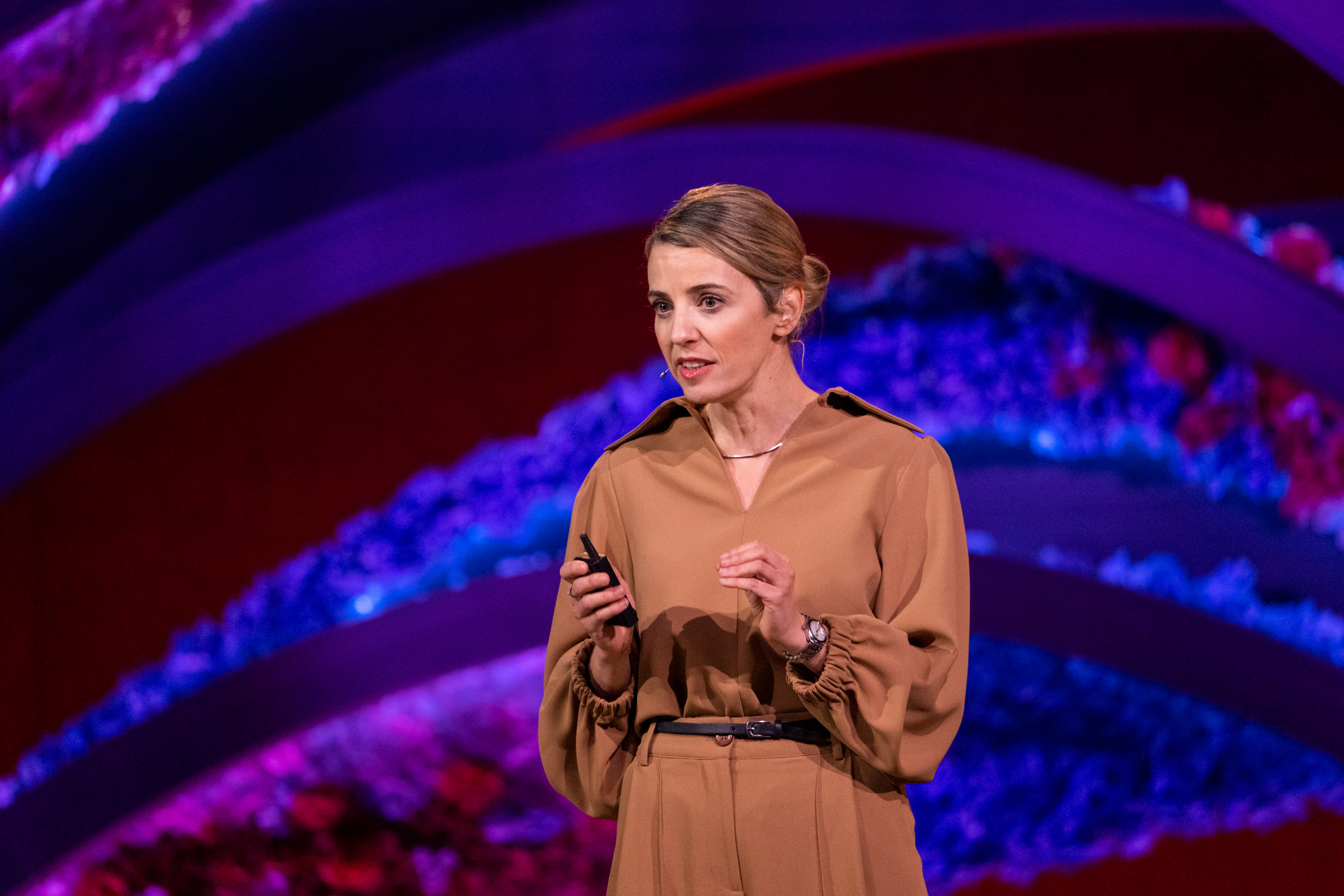 Big idea: Budgeting public money equitably takes more than just doling out funds — we need better oversight and intention behind who receives it.

How? We need a more informed understanding of who receives public money, because there’s currently a massive global gender gap around who gets what, says Maja Bosnic. Some countries are already getting it right, like Austria, Canada, Morocco, Indonesia and Bosnia. But generally, most countries function under the presumption that they serve one universal, homogeneous person, who has equal requirements and needs to access funds. That just isn’t true, Bosnic says — we must start accounting for gender. She lays out how in three steps: situation analysis, a consideration of who benefits and procedural oversight to ensure that money makes an equitable impact. Public money can be fairly allocated, and a gender-based perspective will help countries do right by citizens. Bosnic looks forward to the day that gender-responsive budgeting can be known simply as: “budgeting.” 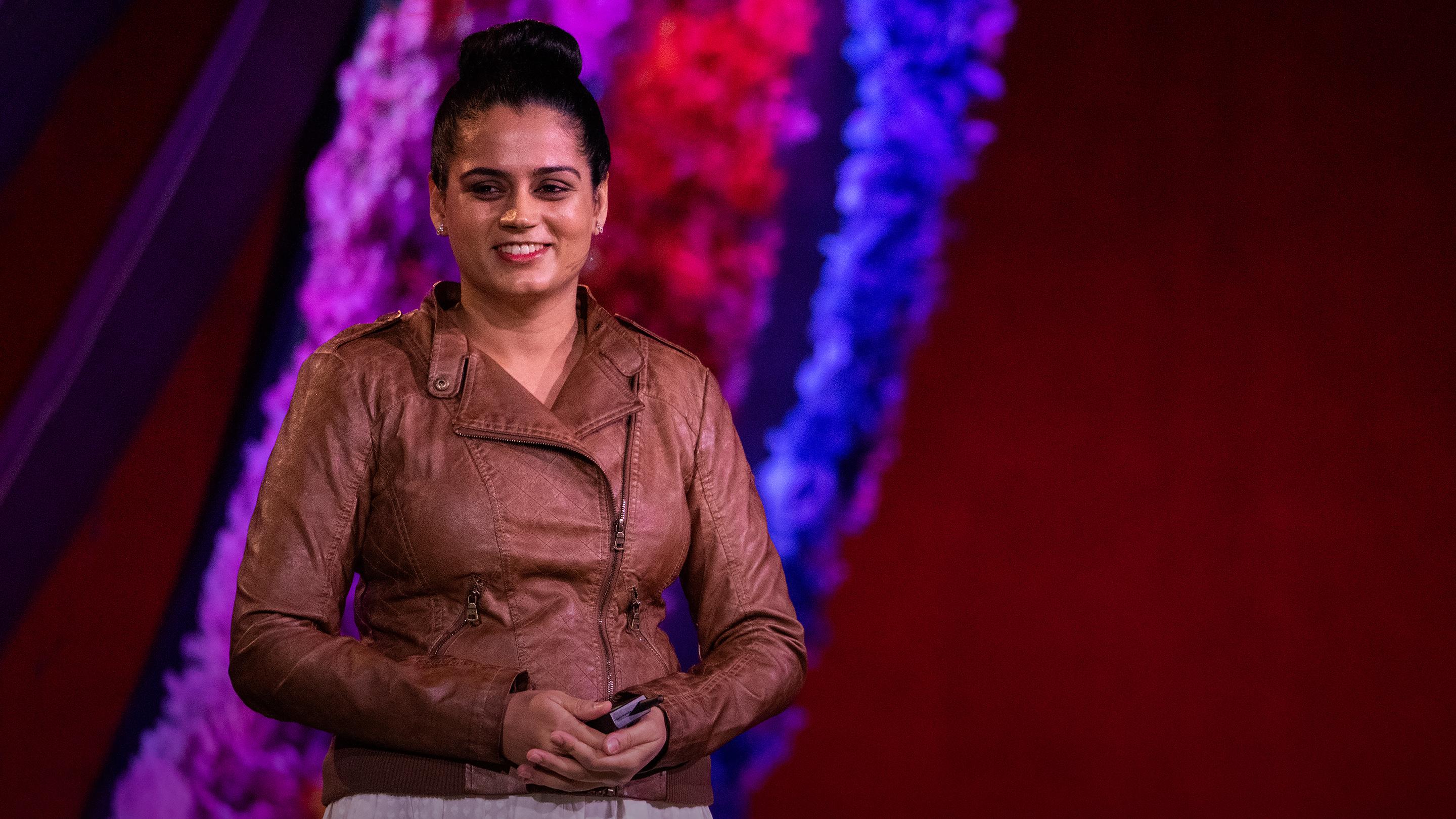 Big idea: Women’s mobility is a form of empowerment, and it needs to be protected and supported.

Why? Women face rampant violence both inside and outside of their homes. Despite being 600 million women strong, Srishti Bakshi explains that women in India are rarely seen outdoors after sunset — simply because it’s unsafe due to catcalls and harassment. A shocking 45 women every hour experience varying degrees of violence in India. In light of this, Bakshi fights for safer spaces for women by increasing their mobility. She decided to walk the length of India (a total of 2,300 miles, a distance equivalent of traveling from New York to Los Angeles, or Stockholm to Cairo) and conducted hundreds of workshops to help empower women on her journey. Along the way, she met incredible women like Jai Bharathi, with whom she teamed up to create a movement and community of women who learn to drive, walk and move themselves towards safety and independence. These women are raring to go, says Bakshi, and she plans to bring a million of them into mobility as they grow and create the largest network of connected women drivers. By rethinking mobility for women and giving them safe transport outside of their homes, she hopes to transform her country’s culture in meaningful and long-lasting ways. “The more women see other women in public spaces, the more safe, independent and empowered each of us will be,” she says. 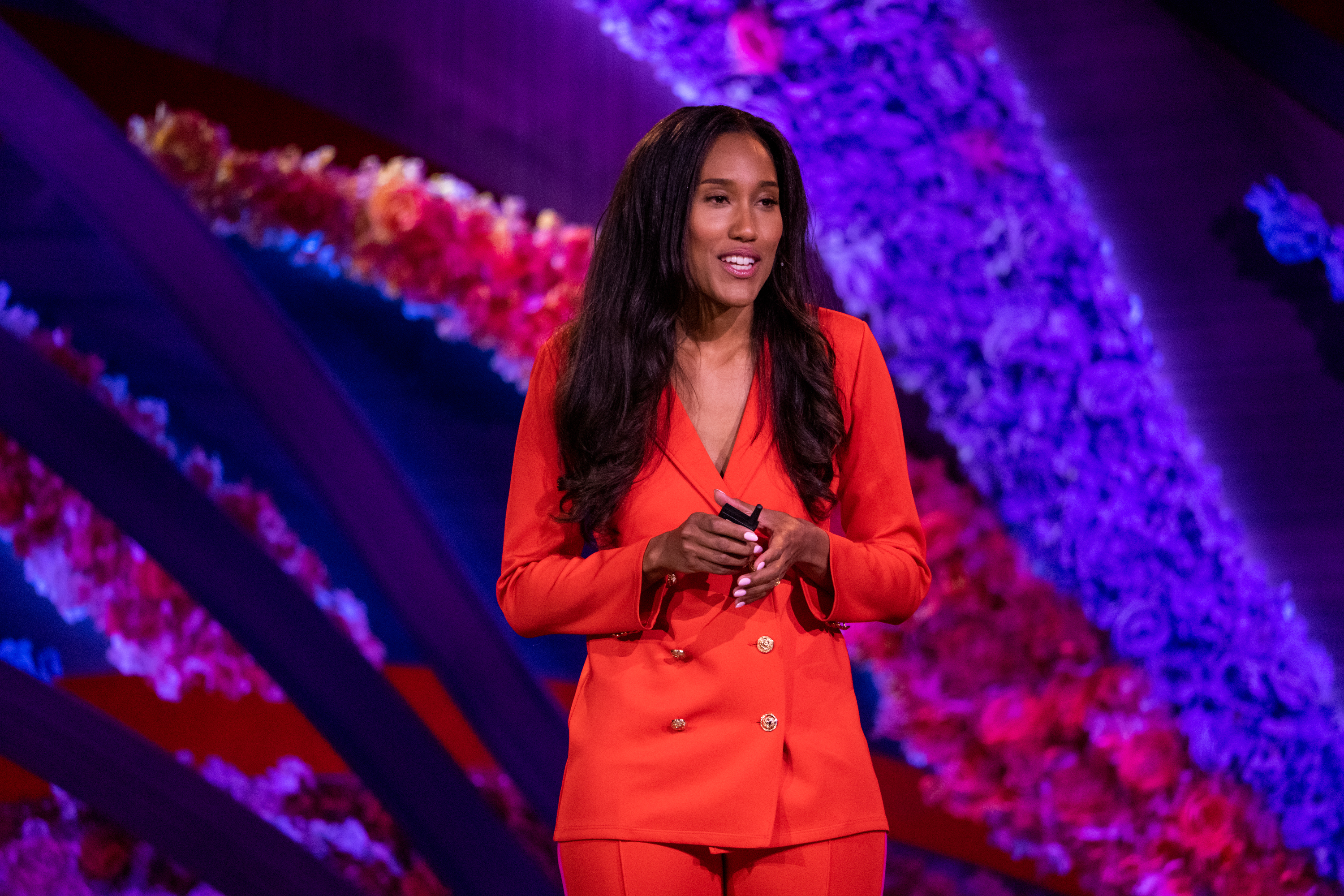 Big idea: We need to bring mothers to the forefront for their undeniable impact and influence by celebrating and recognizing what they rarely get credit or support for today — and throughout history.

Why? Mothers in the United States are often misrepresented or completely left out of the stories we tell, says Anna Malaika Tubbs. They’re regularly seen as selfless beings without needs to consider; belittled or dismissed for having children; and are rarely recognized for how their steadfast support helped loved ones achieve great things. The retelling of history often doesn’t feature the many acts of mothering, ultimately filing it away as insignificant. Tubbs believes this dismissal of the critical role mothers play in society leads to a lack of support for them. No universal paid parental leave, no affordable childcare, no action around the astoundingly high maternal death rates — all of this and more impacts everything from local communities to the national economy. Tubbs believes the centering of mothers in our historical narratives and general storytelling can help get them get the resources they need and deserve. Citing the remarkable lives of Alberta King, Louise Little and Berdis Jones Baldwin (the mothers of Martin Luther King, Jr., Malcolm X and James Baldwin, respectively), Tubbs emphasizes the need to shift the perspective on motherhood at a cultural level, to better reflect and appreciate their presence, power, empathy and ability as our first leaders, caretakers and teachers. “Would the world be different today if we had been telling their stories all along?” she asks.

Big idea: Women are conditioned to believe success is “a seat at the table.” Lilly Singh thinks we need to build a better table.

Why? “I’d like to present a set of guidelines I very eloquently call ‘how to build a table that doesn’t suck,'” says Lilly Singh in this hilarious, incisive talk. Tracing the arc of her career from up-and-coming YouTuber to history-making late-night talk show host, she lays out the barriers that women come up against at every stage of success. Even if you get a so-called “seat at the table,” she says, what happens when the seat is wobbly, full of splinters or doesn’t quite reach the table at all? What we really need is a better table. Singh offers four tips for building it: don’t weaponize gratitude (women shouldn’t be grateful just to be seated at the table — they should be paid to be there); invest in potential (and give women the support they actually need); make room for women (for every three men at a table, there’s only one woman — that needs to change); and upgrade the table talk (include diverse perspective in the news we report and the stories we tell).