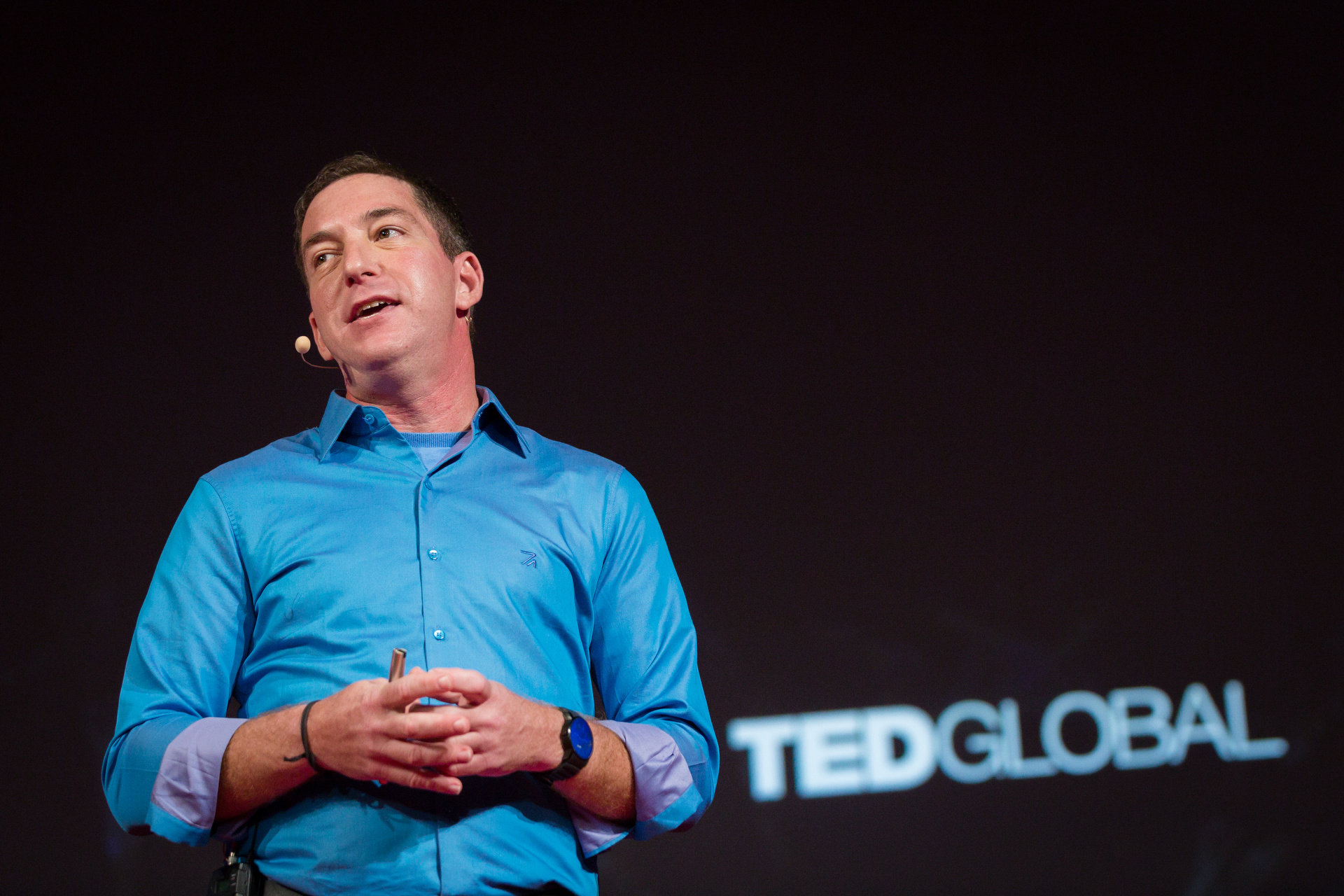 Journalist Glenn Greenwald  has broken many stories on the global surveillance being conducted by the NSA and GCHQ. As one of the first reporters to see Edward Snowden’s files, he faced personal repercussions for his professional work — yet continues to speak publicly about mass surveillance. In this searing talk, Greenwald makes the case for why privacy matters.

Over the last 16 months, every time someone says to Greenwald that they don’t really worry about their privacy, he says the same thing: “Here’s my email address. What I want you to do when you get home is email me the passwords to all of your email and social media accounts, because I want to be able to troll through what it is that you’re doing online and publish whatever I find interesting.” To date, not a single person has taken him up on that offer. There’s a reason for that, he says. “We as human beings, even those of us who in words disclaim the importance of our own privacy, instinctively understand the importance of it. As human beings, we are social animals, which means we have a desire for others to know what we are doing and saying. It’s why we post on our social media accounts. But equally essential to what it means to be human is the ability to have a place where we can go to be free of the judgmental eyes of other people. There are all sorts of things we do and think that we’re willing to tell our doctor, our lawyer, our therapist, spouse, best friend — that we would be mortified for the world to know. All of us, not just criminals and terrorists, have things to hide.”

There’s a reason why privacy is craved so reflexively and instinctively, he says: “When we’re in a state where we can be monitored and watched, our behavior changes dramatically. There are dozens of psychological studies that prove that when people know they’ll be watched, their behavior is vastly more compliant. It’s a fact of human nature that has been recognized in every field of discipline. There are dozens of psych studies that prove that when someone knows they are watched, the behavior they engage in is more conformist. People make decisions that are not the byproduct of their own agency, but are about the expectations others have of them. Decisions that are not the byproducts of their own agency, but are the mandates of societal orthodoxy.”

Prisons have known this for many, many years. The Panoptican — the watchtower — is one example of that. “Because the prisoners could not see into the tower, they never knew if they were being watched and when, so they would have to assume they were being watched at all times. Michel Foucault said every institution can watch — that it’s not just for prisons but for every institution that seeks to control human behavior. Mass surveillance creates a prison in the mind. This mindset, this framework… was the key means of society control for modern western society. It was much more subtle, much more effective than brute force could ever be.” You no longer needed weapons of tyranny. Here was a much more subtle, more effective means of fostering compliance — completely internalized.

There are two destructive lessons that people take from the current state of surveillance, says Greenwald. One: that people who care about privacy are by definition bad people, that only dissidents and journalists have something to worry about. And two: that if you’re willing to render yourself sufficiently harmless and unthreatening to those who wield power, then and only then can you be free of the dangers of surveillance.

A society in which all people can be monitored at all times is a society that breeds conformity and submission. Conversely and even more importantly, having a realm of privacy — the ability to go somewhere and think and reason and interact without the judgmental eyes of others — is one that fosters creativity and exploration.

We all have an interest in insuring that the people who monitor those people who wield surveillance power have the ability to check them, says Greenwald: “The ultimate test of a society’s freedom is not how it treats its good, obedient, compliant citizens; it’s how it treats its dissidents.”