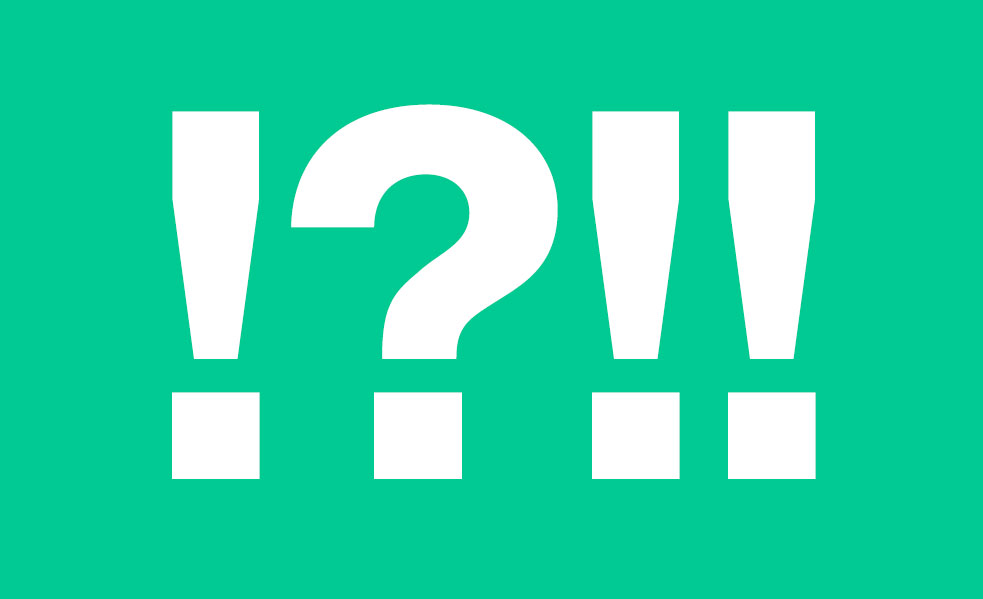 At the end of every December, we at the office get a little indignant that some of our favorite TED Talks from the year didn’t seem to do as well as we’d hoped. Some amazing talks, for whatever reason — whether they’re too absurd, niche or quirky, or simply were posted at a less than ideal time — don’t resonate at first blush with our audience. Below, my picks for the top 10 great talks you might have missed this year, with mild to medium spiciness.

1. A speaker drops the F bomb in one of TED’s best outfits of the year. Why the eff don’t you watch this talk? Kimberley Motley is a BAMF: A former beauty queen and the daughter of an African-American father and North Korean refugee mother, she’s Afghanistan’s first foreign litigator. For local girls like Nagma, who was sold by her father to their neighbor’s 21-year-old son at the age of 6, getting good legal counsel can mean everything; Motley helps many like her to learn their rights. I live in the United States, an overly litigious country where some pretty silly legal stuff goes down, so it’s refreshing to know she’s out there fighting the good fight. 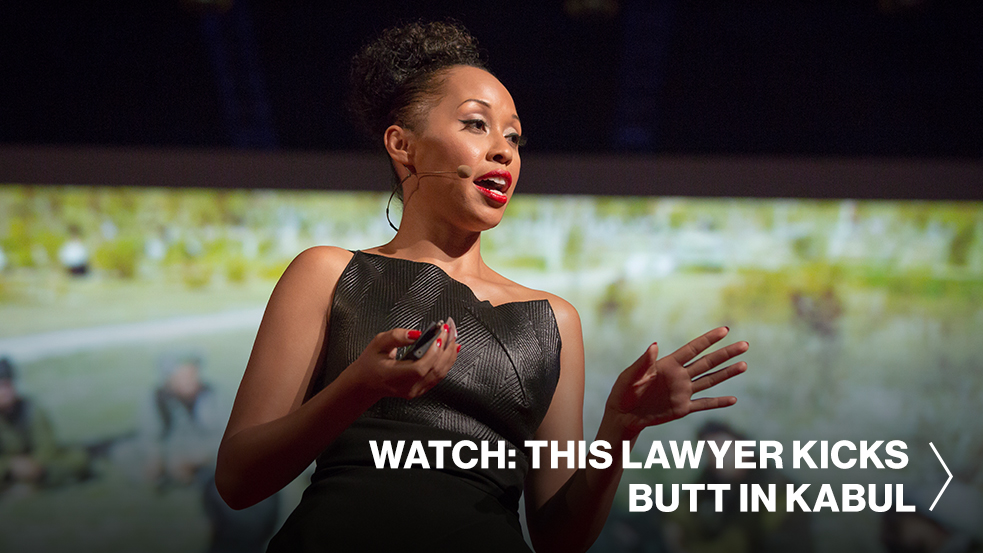 2. How often do you get to watch a worm crawl out of a cricket that killed itself? Effing watch this talk. A hilarious talk about parasites by science writer Ed Yong reminds us: Nature is both super cool and totally disgusting at the same time. It stars: a tapeworm that controls a sea monkey that gets a flamingo to eat it so the tapeworm can reproduce, a zombie caterpillar that defends the offspring of the creature that killed it, and many other gross, amusing things.

3. If you’ve ever said: Mo’ money, mo’ problems, you should watch this effing talk. Economist Dilip Ratha explains that, every year, a surprisingly hefty amount of money is sent by migrant workers back home to their families. In 2013, these remittances added up to $413 billion — nearly three times as much as the total amount spent on global foreign aid. This important, unsexy economic force has an even unsexier opponent: Unnecessary fees and regulations. Just watch: it’s an informative, surprising talk. 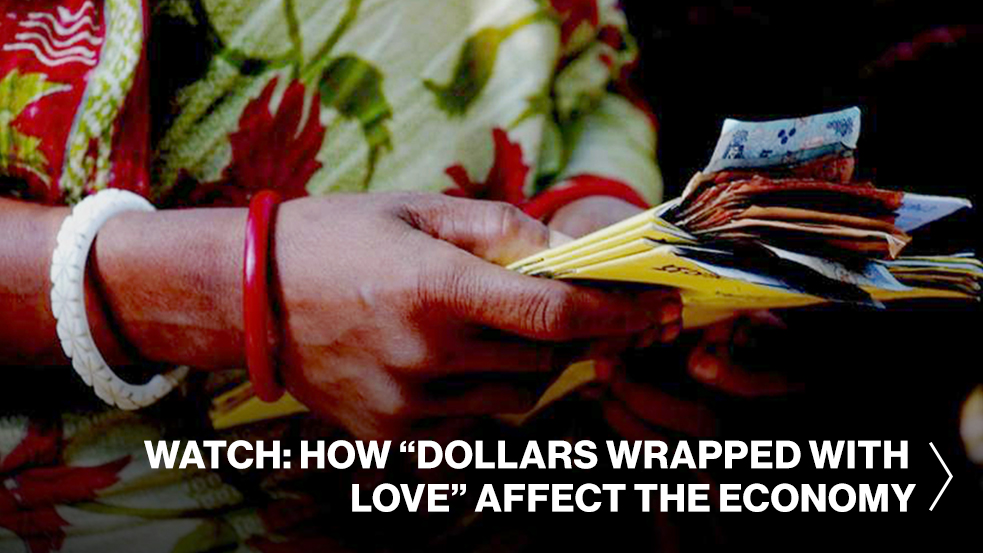 4. A talk about why the world’s most boring TV is a huge, overwhelming hit. Why the eff don’t you watch it? Thomas Hellum is creating “viral content” in Norway with a counterintuitive approach: Super slow and boring with no plot whatsoever. But 1.2 million Norwegians — that’s a full fifth of the country – tuned into his television program to watch a seven-hour train ride unfold in real time. Also featured: Eight hours of knitting. This talk is a celebration of the absurd, and shows that people can still be into truly slow, weird stuff.

5. Starting at 7:42, Vernā Myers cycles through dozens of photos of awesome black men. Why the eff don’t you watch this talk? This is an important talk for anyone troubled by Ferguson and Eric Garner and thinking, “But what can I do?” Vernā Myers urges us to fight racism within ourselves, starting with our unacknowledged biases. With an abundance of charm and self-deprecation, Myers delivers a necessary message for us all to walk boldly toward those who aren’t in our “safe” demographic. 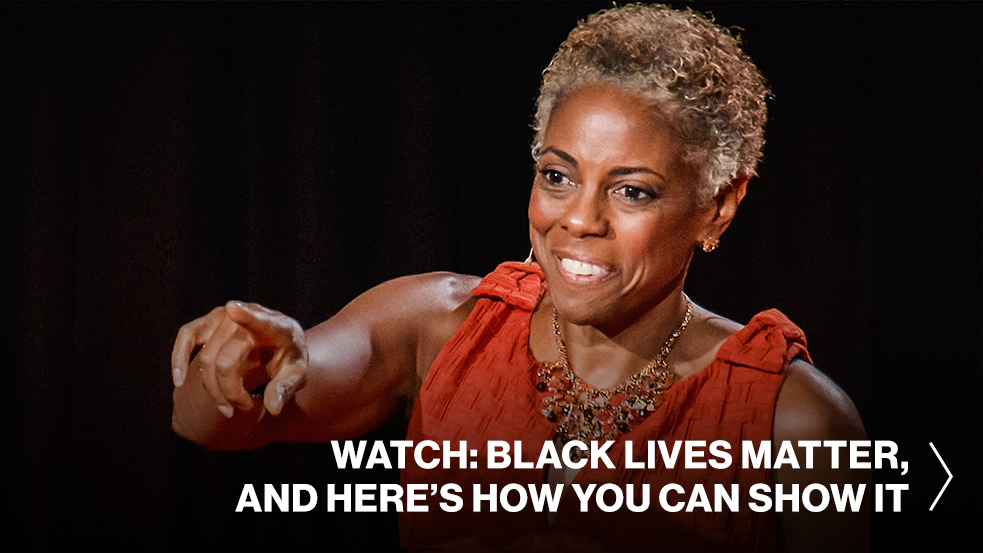 6. If you can’t stay a kid forever, you can at least find one to lie to. And effing watch this talk. Mac Barnett lies to kids for a living. The children’s book author gives a sweet, funny talk about many of the fictions he’s told, one of which resulted in four years of voicemails to a whale named Randolph. 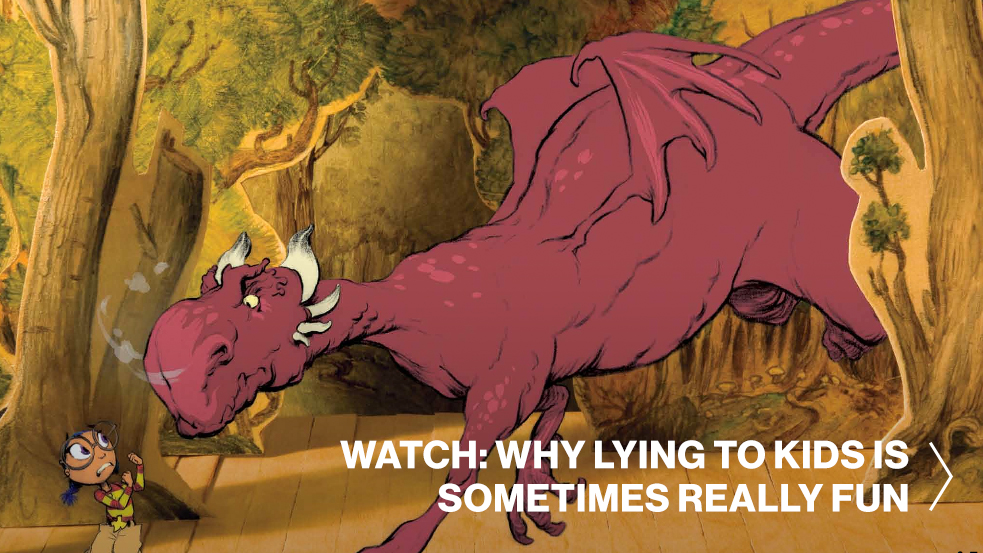 7. Includes gems like: “The major role of parents is to stop kids putting their fingers in poo.” Why the eff didn’t you watch this talk? Scientists know a lot about pheromones in the animal kingdom, but surprisingly far less when it comes to humans. Zoologist Tristram Wyatt gives an adorably nerdy talk on the history of pheromone research. Says Wyatt, there are two big obstacles to better research of human pheromones: One, we give off so many smells it’s hard to isolate the chemical, and two, what we find attractive, olfactorily speaking, is actually cultural. See: the extremely stinky English delicacy blue Stilton. 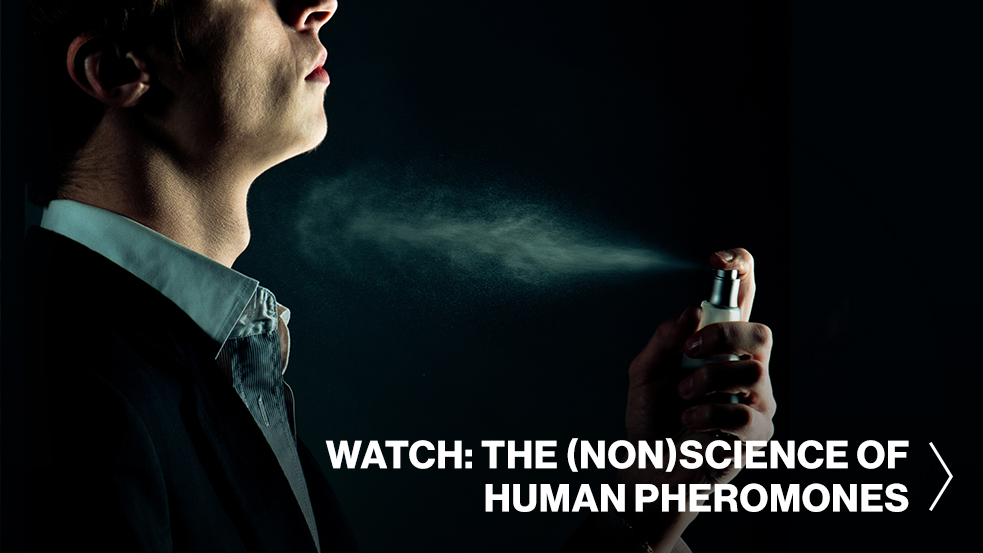 8. Norman Spack eases a potentially nightmarish few years for trans teenagers. Why the eff don’t you watch this talk? Puberty is the worst. But imagine, at 13, that your body started rapidly changing from the one you knew into one you felt utterly wrong in. For trans teens, who don’t identify with the sex they were born with, Norman Spack uses hormone replacement therapy to put a pause on puberty. 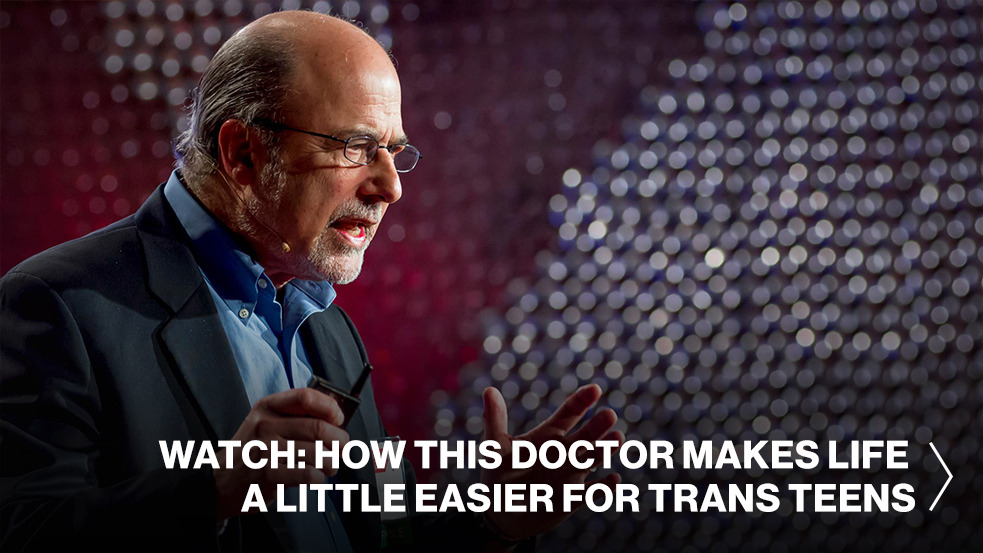 9. Leana Wen gets all flavor of threats for her ideas. Effing watch this talk and see whether you agree with her or not. Medical visits can be nerve-wracking. As physician Leana Wen suggests, one antidote is for doctors to be more transparent with their patients. In her research she’s found that, overwhelmingly, people want to know more about who their doctors are, especially their values — and who pays them. An intriguing proposal in the larger movement to view doctors more like actual humans. 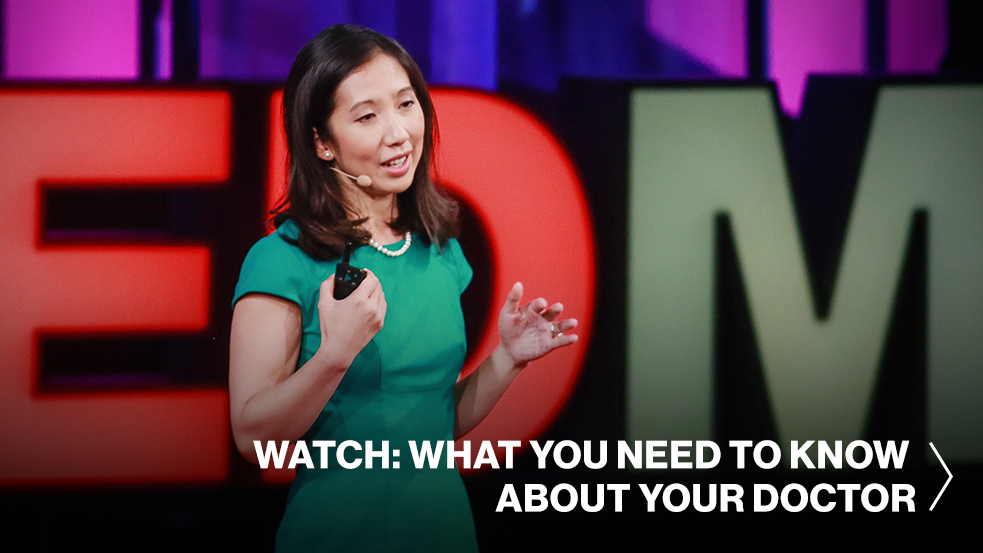 10. This effing talk is about dictionaries. Watch it. In the fierce war between prescriptive and descriptive dictionary-making, Anne Curzan falls in the latter school. She introduces the adorkable lexicographers who have it out over words like “hangry” and “yolo.” 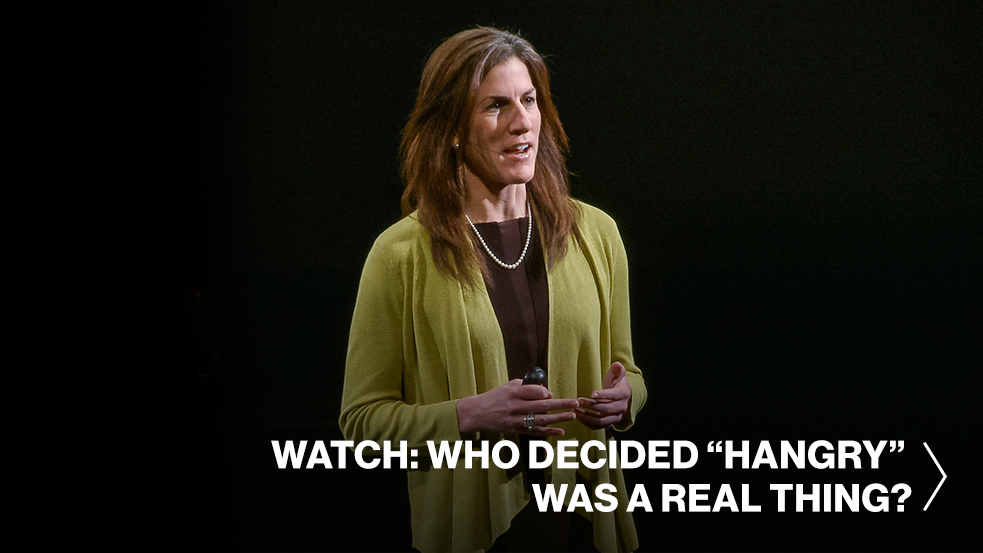 For more talks you might have missed, check out the 2013 and 2012 editions of “Why the eff didn’t you watch these talks?”