About one-tenth of the world’s population is left-handed — and archaeological evidence suggests that it’s been this way for the last 500,000 years. But why do a small percentage of people carry this trait, and what does it mean about them that they do?

These were the questions that inspired educator Danny Abrams and animator Lisa LaBracio — ironically, both righties — to take a deep dive into the subject of southpaws in one of our most popular TED-Ed Lessons so far this year, “Why are some people left-handed?.” We caught up with the duo to talk about the process of taking this animation from script to screen — and to find out what they learned in the process.

What got you interested in the subject of left-handedness?

Danny Abrams: I’m not left-handed, but my father is. I often wondered about handedness growing up, especially when my dad told stories about his attempted “conversion” to right-handedness. A few years ago, I saw some statistics showing the disproportionate success of lefties in sports, and it made me start thinking about whether a mathematical model could explain those numbers. From there, I wondered about the general history of left-handedness — about how and why it evolved in the first place. 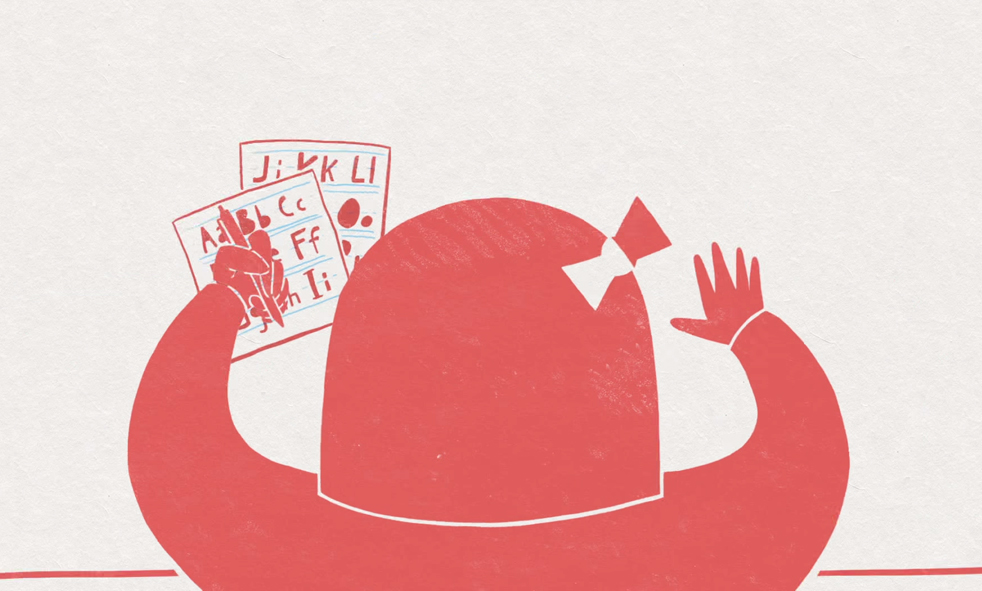 Educator Danny Abrams’ dad is left-handed. Ditto for animator Lisa LaBracio’s sister. Here, a still from the TED-Ed lesson they created together: “Why are some people left-handed?”

Lisa LaBracio: My sister is a lefty and I’m a righty. Growing up, I observed lots of little quirks that lefties had to overcome on a daily basis. She had her own scissors; I couldn’t use her softball glove; we had to arrange ourselves in diner booths so that our elbows wouldn’t knock into one another. My sister has definitely gone through life telling me that she was in her ‘right mind,’ while I most certainly was not, so secretly I wanted to find out if there was any proof to the contrary.

But in reality, I was mostly just curious: why are some people left-handed? The more I researched this, the more muddled my understanding became. I came across several theories including neurological, genetic, social, and biological explanations. Above all, I was fascinated to find that throughout history, despite prejudices against ‘southpaws,’ the percentage of left-handers in the population has consistently remained 10% – which indicates that there must be some advantages to being left-handed.

What else did you learn in making this lesson?

LL: Before this lesson, I was not familiar with frequency-dependent selection, and it definitely rounds out my understanding of human beings as a unique species that relies on both competition and cooperation to survive. I find it so intriguing that there are more lefties in hunter-gatherer societies, and that cooperative mammals tend to be evenly split between lefties and righties. 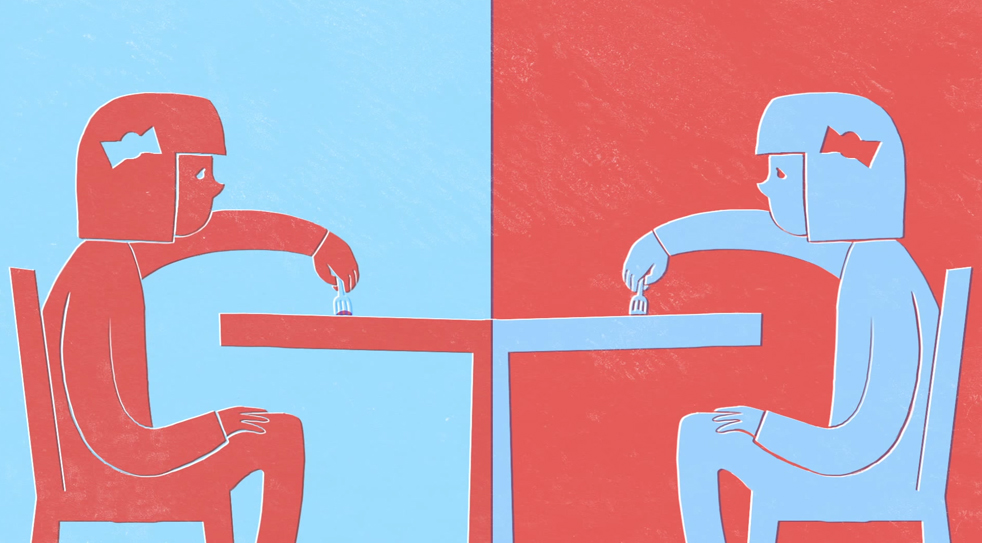 Animator Lisa LaBracio landed on the red and blue color palette purely by accident — but loves that she used the two colors that pop to life when wearing 3D glasses.

Danny, had you ever worked with an animator before?

DA: No, this was my first time working with an animator. Lisa asked a lot of questions that led to a better script and a better lesson, overall. Working with her gave me a chance to see my research with fresh eyes. After studying a topic for long enough, you start to lose perspective and forget what is most interesting and surprising. Interacting with TED-Ed while working on the script was a great way for me to get excited again and figure out how best to communicate things.

I was really impressed by Lisa’s work. She sent me early storyboards and then periodic updates with links to the in-progress animation. I felt like her ideas were key to the lesson. I had a few vague pictures in my head when we started, but she came up with a lot of better visuals that I never would have thought of.  The most exciting moment was seeing the initial storyboard. The images were very different from what I had imagined, which was great. I love getting another person’s ideas and perspective; I think the mixing of different points of view is the key to creativity.

LL: Danny was a breeze to work with. He was incredibly receptive to all of my ideas. And he had a lot of helpful insight and supplementary information for when I was stuck. 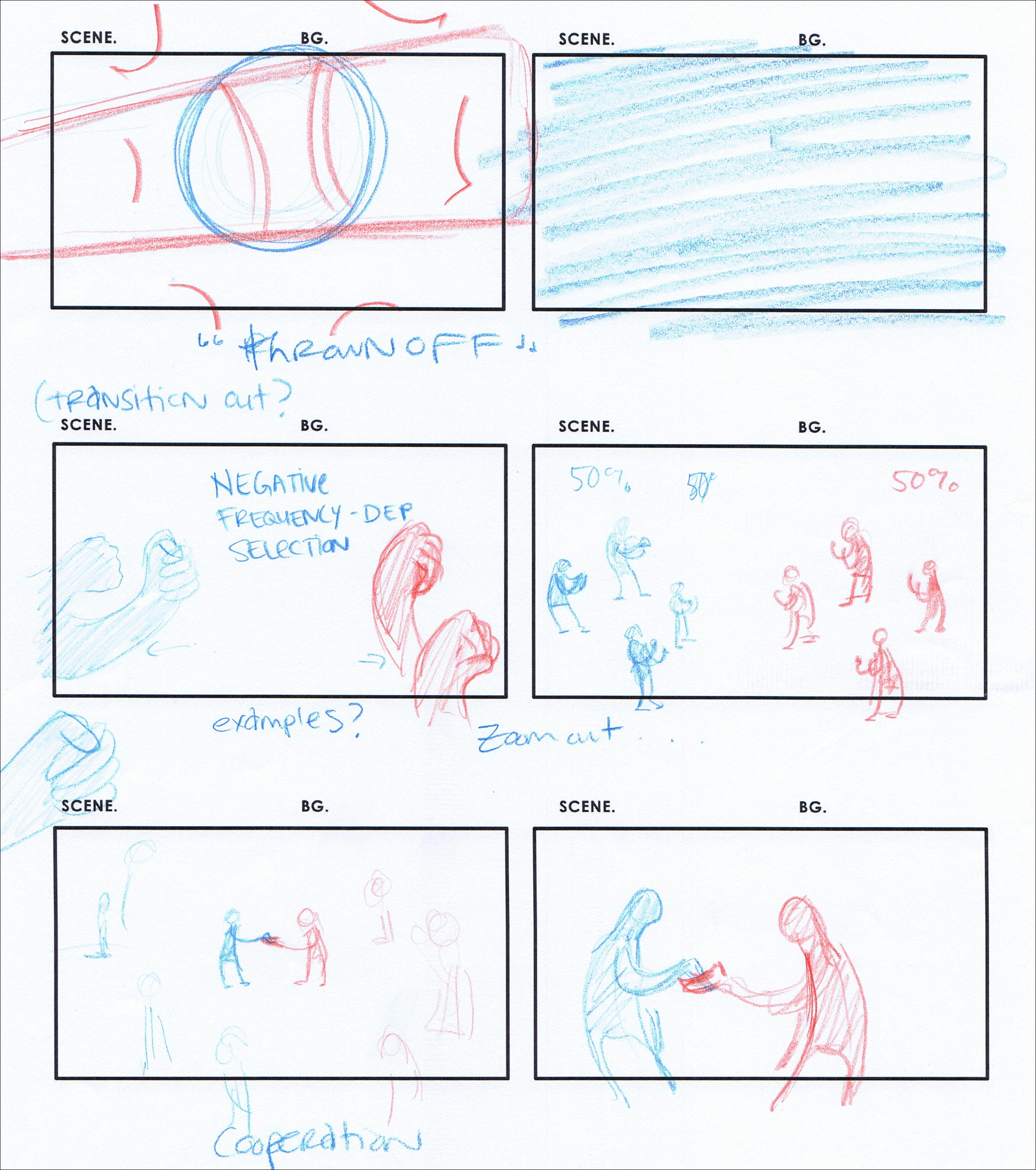 One of LaBracio’s initial storyboards for the lesson.

Lisa, how did you come up with the specific style for the lesson?

LL: I knew that I wanted to work with two distinct colors to represent left and right. Initially, I planned to work in black and white, but kept running into logistical problems. As I storyboarded the lesson, I was using Col-Erase pencils to sketch – and the most common colors are blue and red. I started to like the look. I had wanted to try an animation style that mimicked printmaking methods — and the idea of overlapping the two colors to introduce a third color felt like linoleum printmaking. Later, I realized that the colors actually matched the red and cyan in 3D glasses. At that point, I was sold on my accidental color choices.

I also had the opportunity to collaborate with two brilliant artists on this lesson. I was stoked to bring on Krystal Downs as an animator. I worked with her when she was a student, and it is beyond exciting to see her evolution as an artist. She was a blast to work with and created some truly beautiful animation for this lesson.

And Michael Dow — who is a lefty! — did the sound and music. When you’re making any kind of animated film, there’s a point where you can’t see what you are making any more. You’ve watched every frame so many times and so carefully that all you see is a to-do list. Then, the magical moment comes when the sound designer sends you a soundtrack. Suddenly you are watching a film — you finally see your own work come together coherently. When Michael delivered the first draft of the sound and music, I watched the lesson four times in a row. I was so excited that what I’d been working on for two months actually made sense. 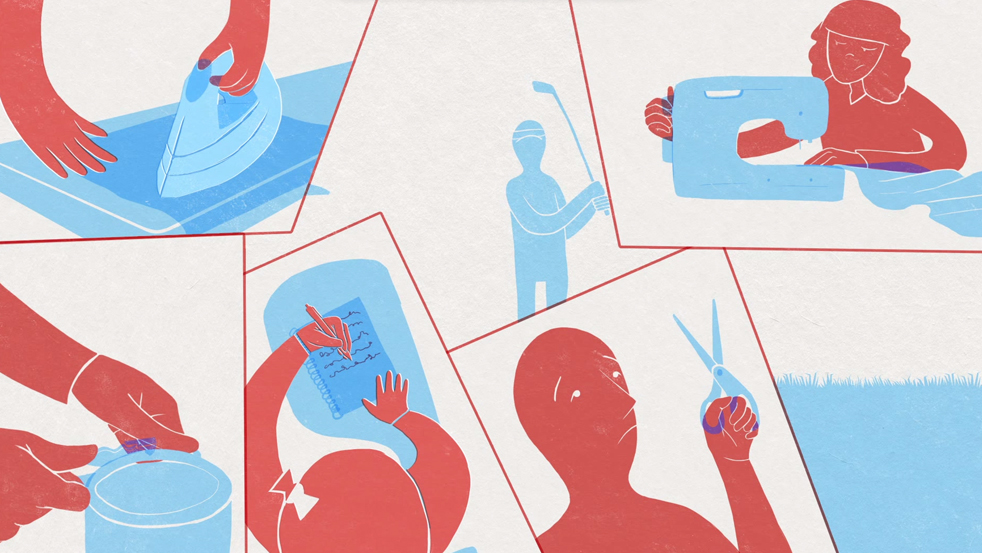 A moment in the lesson that shows the little adjustments left-handed people have to make in a right-handed world.

DA: I’m amazed by the great work of the team at TED-Ed, and I’m excited to keep watching their future videos.  I also want to be sure that my co-author and former student, Mark Panaggio, now a professor at Rose Hulman Institute of Technology, gets much-deserved credit for his big contribution to our model.

LL: I’ve noticed that in the responses to the lesson, people are asking, “So, what’s the deal with ambidexterity?” Perhaps we need to make a sequel.

A version of this story originally ran on the TED-Ed Blog. More stories from our education initiative: