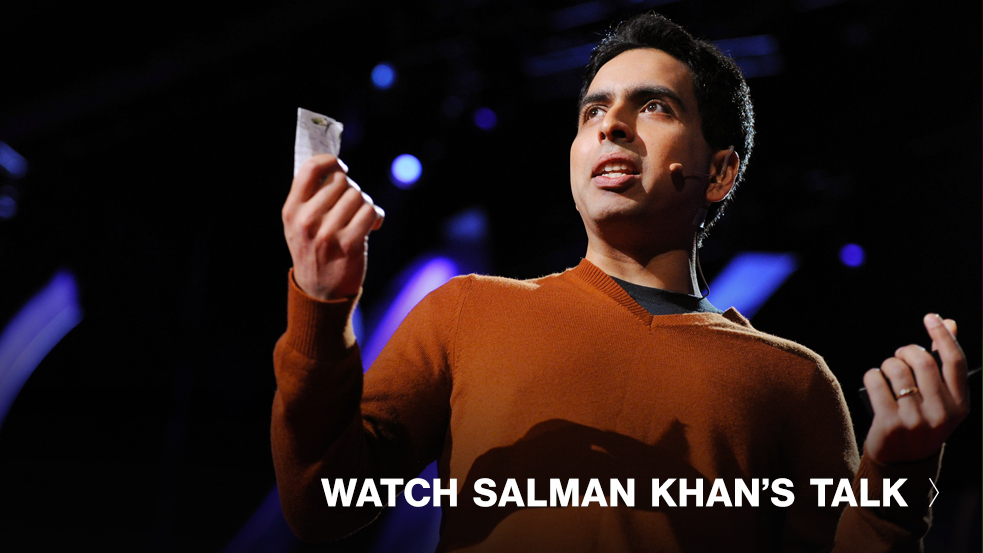 A new way to practice for the SAT. The SAT, a standardized college admissions exam, is a mammoth test, and every minute of practice is invaluable. But SAT practice courses can be expensive — which oftentimes means kids with less money, or from disadvantaged backgrounds, do worse. One year ago, Khan Academy, a free online platform for learning, uploaded the Official SAT Practice test on its site and the results are in: more than 1.4 million unique visitors, consisting of a wide array of races, ethnicities and income levels. Now, Khan Academy is introducing more features, including live help, subject-matter experts and more tests. (Watch Salman’s TED Talk)

Wikipedia’s stance on censorship. Jimmy Wales, founder of Wikipedia, is the subject of a Vice interview on the importance of a free and open Internet. In countries like China where censorship is common, access to certain Wikipedia pages is blocked, but censorship of this kind strikes at the very heart of Wikipedia’s mission to provide neutral and factual information to people around the world in their own language. “If governments deter people from finding neutral and factual information, the whole idea of Wikipedia crumbles,” says Wales. (Watch Jimmy’s TED Talk)

When to intervene in domestic violence? Always. What would you do if your friend or loved one was experiencing domestic violence? But what if both the victim and the abuser are your loved ones, close to you in separate but important ways? In a strikingly honest Refinery29 essay, iO Tillett Wright describes the difficult decision to finally call 911 on his friend’s behalf. Numerous reports of violent, bloody encounters motivated Wright to intervene, despite stark emotional complexities. “I realized that as long as I was protecting the abuser from consequences, I was enabling the abuse and I could no longer partake. I had to stand up for my friend, and for what I believe in my gut to be the code of conduct by which human beings have to behave with each other. Whether we loved him or not has nothing to do with it. When it comes to violence, “love” is no longer part of the equation.” (Watch iO’s TED Talk)

A circular solution for plastic. Endless piles of washed-up, discarded plastic choke our natural environment and are economically wasteful. Dame Ellen MacArthur addressed this at the World Economic Forum by introducing her report  The New Plastics Economy, a three-year-long project that uses a circular-economy model for plastic management. Just four months later, this bold idea is already in action: an inaugural workshop of over 40 industry leaders and city representatives met to outline core goals. MacArthur has high hopes for the project.”It seeks to create a shared sense of direction, to spark a new wave of innovation and to move the plastics value chain – starting with plastic packaging – into a positive spiral of value capture, stronger economics and better environmental outcomes.” (Watch Dame Ellen’s TED Talk)

A promising new tool for genetics. Pardis Sabeti is part of a multi-institutional research team applying a new technique to an old problem: identifying which genetic variants cause increased risk for heart disease, diabetes and other diseases. While stretches of DNA that put individuals at risk have been identified, each stretch can contain hundreds of variants. This makes pinpointing which variant actually causes the increased risk difficult, and current techniques struggle to meet the demands of analyzing tens of thousands of variants. But a new paper by Sabeti and team in Cell documents the ability of a new technique, massively parallel reporter assay (MPRA), to analyze thousands of variants and identify which affect gene regulation. (Watch Pardis’ TED Talk)

If an animal can think like us, should they have rights? A person is held captive for life; part of the mental torment is that they understand their fate and that there’s no hope for freedom. A chimpanzee, a non-human animal with advanced cognitive abilities, is put in a cage and consequently, understands that there is no hope. Is this torture, does this animal have rights? Animal rights lawyer Steven Wise is the focus of a new documentary Unlocking the Cage, which features his fight to rid Tommy the chimpanzee of his “legal thing” status and set him free. (Watch Steven’s TED Talk)

Police force pioneer for governor. On May 29, Kiran Bedi was sworn in as Lieutenant Governor of Puducherry, a Indian Union Territory composed of four unconnected districts. The appointment is a natural progression for someone who has shown a dogged commitment to reforming and bettering her community. On Bedi’s agenda? A goal as big as helping Puducherry’s tourism, agriculture, fisheries, and health flourish. (Watch Kiran’s TED Talk)

Crochet’s importance to mathematics. Margaret Wertheim and her sister Christine render coral reefs in crochet. While coral reefs and crochet may not immediately appear compatible, sea life like corals, kelps, sponges, and nudibranches embody a form of geometry known as hyperbolic geometry, and the only way we know how to model this is through crochet. To the sisters, the Crochet Coral Reef project represents the importance of embodied knowledge, “what we want to propose, is that the highest levels of abstraction, things like mathematics, computing, logic, etc. — all of this can be engaged with, not just through purely cerebral algebraic symbolic methods, but by literally, physically playing with ideas.” Now one of the largest participatory science and art projects in the world, the Crochet Coral Reef celebrates its 10-year anniversary. (Watch Margaret’s TED Talk)