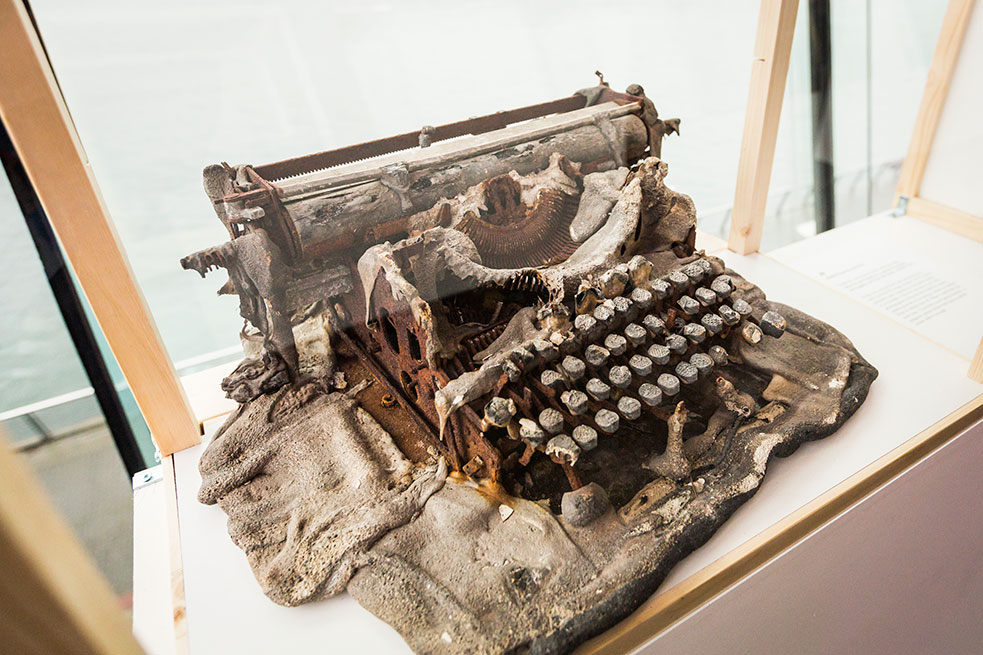 The object that inspired JR’s TED Prize wish? A melted typewriter, from a police station in Tunisia that was ransacked by protestors during Arab Spring. He calls it a “poignant symbol of the Arab Spring and the power shifts it wrought.” Photo: Ryan Lash/TED

Dave Isay was shocked to learn he was in the running for the 2015 TED Prize. And yet, his TED Prize wish — to grow StoryCorps’ digital archive of the collective wisdom of humanity — was granted, fueled by $1 million and the vigor of TED’s global community.

Could your idea win the TED Prize? In a word: yes. Nominations for the 2017 TED Prize are open on a rolling basis and, to inspire you to nominate yourself or someone else, we asked 10 past TED Prize winners to share an object that represents their wish. Below, read a little about what item each selected — and why.

The object: A melted typewriter (above)
What he says about it: “At the very moment that I was announcing my wish from the TED stage, Tunisian protesters were ransacking a key police station in La Goulette. I flew the next day to join local photographers doing the first InsideOut project, posting portraits of anonymous citizens to replace those of dictator Ben Ali. When I came back two years later, I found this burnt typing machine — a poignant symbol of the Arab Spring and the power shifts it wrought.”

The Prize winner: Sylvia Earle
The object: A shark hook
What she says about it: “In more than 50 undersea expeditions, I’ve had the pleasure of seeing just how stunning the ocean landscape and its creatures really are and how vast the man-made devastation is. It’s difficult to translate the emotional impact of this, but imagine millions of hooks, deployed on hundreds of thousands of miles of long lines. The industrial killing of ocean wildlife.”

The Prize winner: Sugata Mitra
The object: An orchid
What he says about it: “I brought a Peruvian monkey orchid, which nestles high up in the cloud forests. I chose it to represent my wish because it is a great symbol that nature doesn’t make things happen. Nature lets things happen. Likewise, in the Schools in the Cloud, we let learning happen. We convert education into a self-organizing system. In terms of sheer inventiveness and diversity, the orchid family is thought to be in a league of its own. I think children are like that, too.” 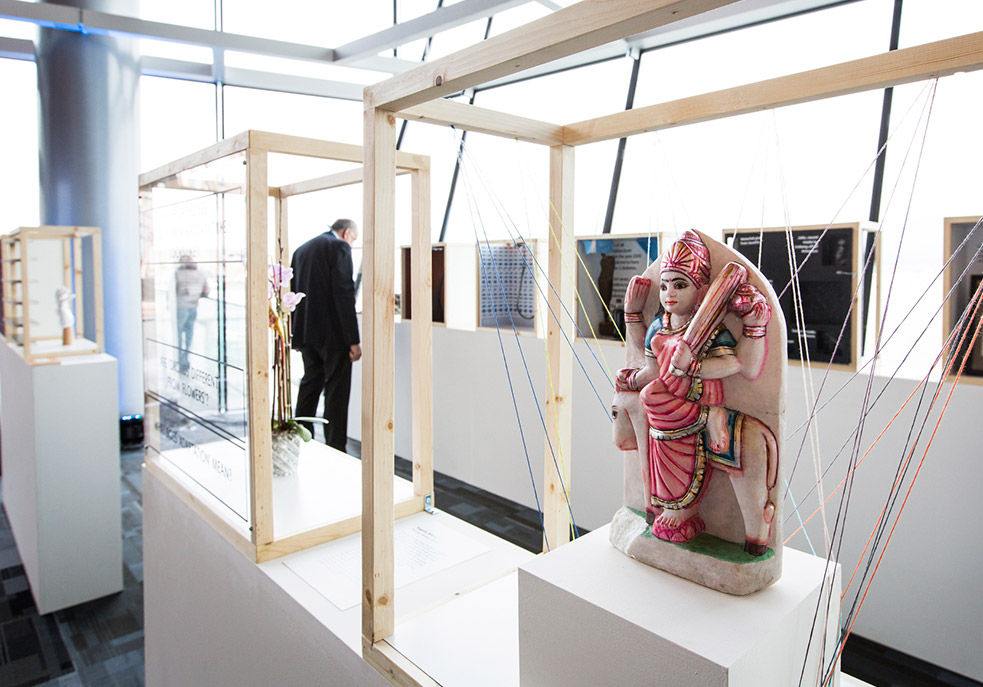 This statue of the Shitala-ma, the smallpox goddess, reminds TED Prize winner Larry Brilliant that disease can be defeated. Photo: Ryan Lash/TED

The Prize winner: Larry Brilliant
The object: A statue of the smallpox goddess, Shitala-ma
What he says about it: “My TED Prize wish was inspired by my experience on a team that eradicated smallpox in Asia. In the beginning, people were skeptical that it was possible, in part, because there was a ‘smallpox goddess,’ named Shitala-ma, who was thought to be single-handedly responsible for killing and curing children with smallpox. This marble statue of Shitala-ma reminds me that we can defeat even a disease with thousands of years of entrenched cultural beliefs.”

The Prize winner: Dave Isay
The object: A letter from his dad
What he says about it: ”I got a note and quote in the mail from my dad right after I started working in radio and discovered my calling. They sat pinned to a bulletin board for decades until my father passed away in 2012. Now they hang, framed together, in my office — one of my most important possessions. The RFK quote says it all. Sacred words for anyone working on social justice issues.”

The Prize winner: Ed Burtynsky
The object: A horn
What he says about it: “I selected a 3D-printed black rhinoceros horn. The original horn resides in Toronto’s Royal Ontario Museum. Down from several hundred thousand in 1900, the black rhino population sank to an estimated 2,500 in 1995. Those numbers have now increased to almost 5000, a reminder that stewardship of nature preserves biodiversity — the truth at the heart of my TED Prize wish.”

The Prize winner: Karen Armstrong
The object: The Analects, by Confucius
What she says about it: “It was my study of this book that gave me the idea for the Charter for Compassion. Confucius was the first person to enunciate the Golden Rule: ‘Do not impose on others what you yourself do not desire.’ Confucius was living in a violent and unstable time and believed that unless human beings lived by the Golden Rule they would destroy one another. That has never been more true than it is today.” 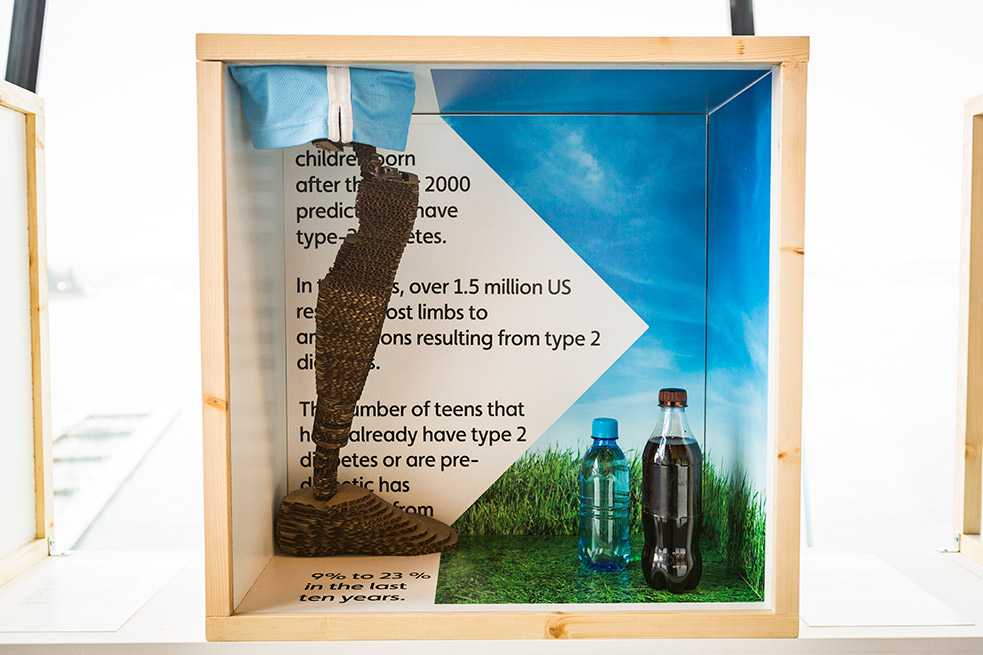 Jamie Oliver combined a child-size prosthetic leg and a bottle of soda to represent his wish, to halt the rise of type-2 diabetes among young people. Photo: Ryan Lash/TED

The Prize winner: Jamie Oliver
The object: A prosthetic leg
What he says about it: “Since 2001, more than 1.5 million U.S. citizens have lost limbs to amputations resulting from type-2 diabetes. Previously known as ‘adult-onset diabetes,’ type-2 diabetes is the world’s fastest growing disease and is now being seen in kids as young as 8 years old.”

The Prize winner: Jill Tarter
The object: Waterfall plots from SonATA and Voyager I
What she says about it: “Searching for evidence of extraterrestrial technologies is about finding patterns in noise. Once you know what to look for, a computer can do a better job than a human can. But if we’ve told the computer to look for the wrong thing, it will miss what humans find easily.”

The Prize winner: Charmian Gooch
The object: Michael Jackson’s glove
What she says about it: “Teodorin Obiang, the son of the president of Equatorial Guinea, allegedly used American anonymous companies to siphon off millions from sales of his desperately poor country’s resource wealth. He spent more than $300 million on luxury goods—including a gem-encrusted Michael Jackson glove. Ending anonymous companies would help stop corruption and keep our own hands clean.” 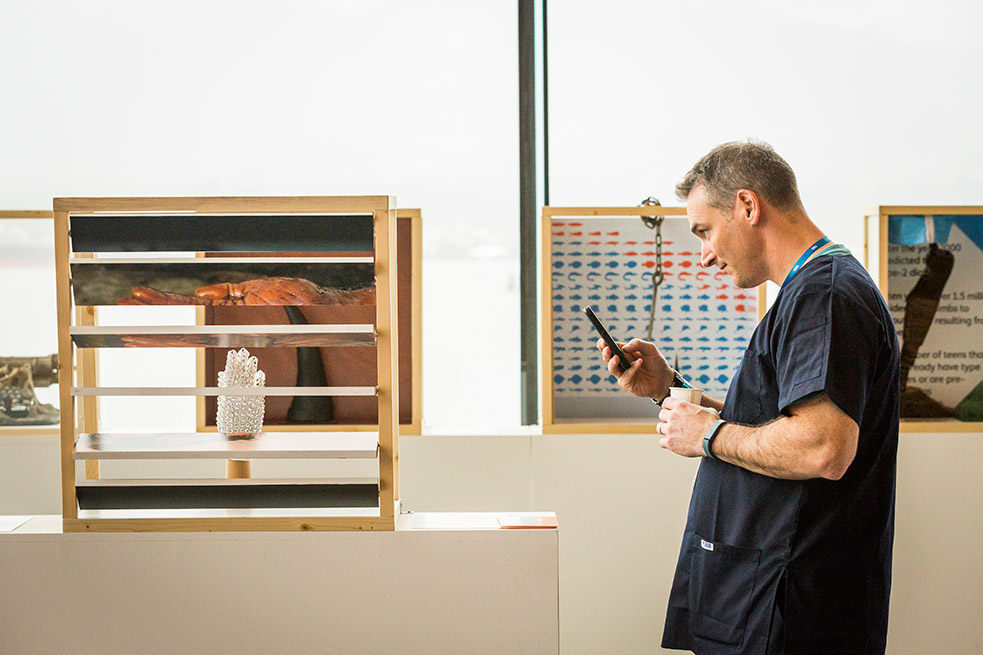