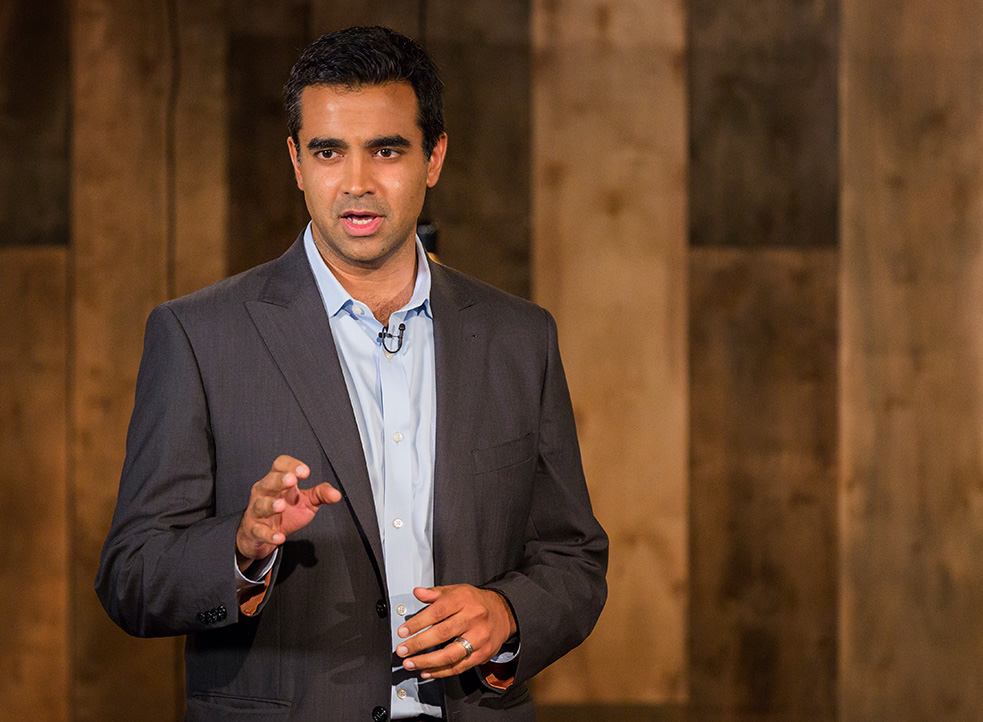 Rishi Manchanda has a message for doctors: that the real roots of illness are often “upstream” from the exam room, in patients’ home and work lives. Photo: Ryan Lash/TED

Before Jackie Hodges arrived for orientation at Tufts University School of Medicine, she got a gift from her soon-to-be med school: a free download of the e-book The Upstream Doctors by Rishi Manchanda.

In this book, Manchanda — who has worked for a decade as a doctor in community clinics around South Central Los Angeles — offers a bold idea for healthcare practitioners. 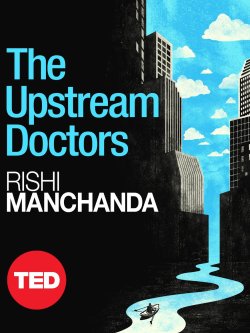 Check out the book, The Upstream Doctors.

He asks doctors and nurses not just to treat the symptoms of illness that bring a patient to their exam room, but to look upstream toward the factors in their home, workplace and community that might be the root cause: factors like stress, poor housing, polluted air, poverty.

This idea resonated for Hodges. “At the time, I was pretty anxious to start school,” she says. “I was nervous about how unfamiliar I was with all of the complicated, clinical aspects of the years of training ahead of me. Getting the book gave me a chance to step back and think about why I wanted to enter this field in the first place.”

For the past four years, Tufts has sent new medical students a “common book” before they arrive on campus, designed to get them thinking over the summer and talking during orientation week. Jennifer Greer-Morrissey, the medical school’s Community Service Learning Coordinator, chose this year’s book along with a group of deans and faculty members.

“I saw Rishi speak at a conference last fall and he mentioned the book,” she says. “I knew that he was a [Tufts] alum, and he was on my radar because of the work he had done with Rx Democracy. [His book] sounded perfect for our common book program.”

Tufts has a long tradition of training doctors to engage with the community, says Alan Solomont, Dean of Tufts’ Tisch College of Citizenship and Public Service, which works closely with the medical school. In the 1960s, faculty members set up two of the first community health centers in the United States—one in Mound Bayou, Mississippi, and another in Boston, Massachusetts, where the school is based. Beginning with the class of 2014, the medical school has launched a Community Service Learning program that requires all students to do 50 hours of service with a community-based organization, or to create a community service project that inspires them. 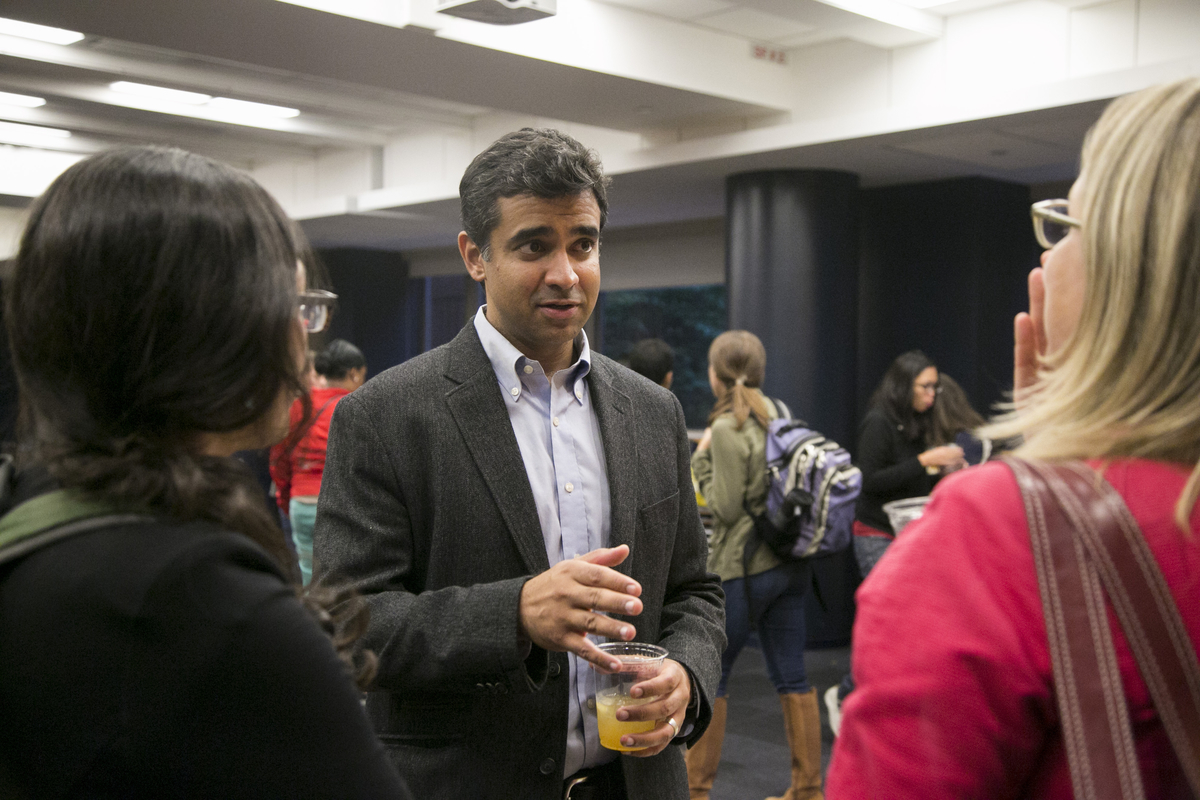 Rishi Manchanda socializes with students after speaking on Tufts campus, to a room filled with med students among others. Photo: Kelvin Ma/Tufts University

“We want to incorporate into the education of our future doctors an appreciation for their responsibilities to the community, to the nation, to the world,” says Solomont. “What Rishi talks about is the unfortunate reality that our healthcare system is not doing as good a job at treating both the needs of individual patients and the larger healthcare needs of communities.”

And that’s why The Upstream Doctors felt like a good choice: “The whole purpose of this program is to get students upstream — to get them into communities in a way that helps them understand more about social determinants of health,” says Greer-Morrissey. “There’s so much more to medicine than what students can learn in the lecture hall and lab.”

“Since the book came out,” says Manchanda, “I’ve learned that it has become ‘required reading’ in some university courses. I’m humbled and pleased to know that the idea is resonating,” he says. “But Tufts is my alma mater — it played such a formative role in my career — so the news was especially meaningful.”

During orientation, new Tufts med students split into groups of 10 to talk about the ideas in The Upstream Doctors. Second-year student Emi Serrell led one of these discussion groups. “It made me feel excited about medical school,” she says. “The first two years of medical school are mostly about the chemical and biological aspects of medicine — we learn the human body inside and out. The Upstream Doctors made me appreciate that, in order to be successful in medicine, doctors have to understand patients as human — and not just biological beings.”

In October, Manchanda visited Tufts campus to speak, and, says Greer-Morrissey, the auditorium was packed with med students — as well as dental students, nutrition students and physician assistant students. After the lecture, says Manchanda, “Most of the questions that came my way from students were along the lines of, ‘I’m an upstreamist at heart. Do you have career advice to help me do this kind of work?’ “

“They reacted most to the stories,” he said. “Stories of frustration, of patients whose illnesses are direct results of unhealthy social and environmental conditions, and of weary providers, who feel like they have the tools or support they need. But they also engaged with stories of hope—of providers who made a difference when they redesigned their clinic systems.” 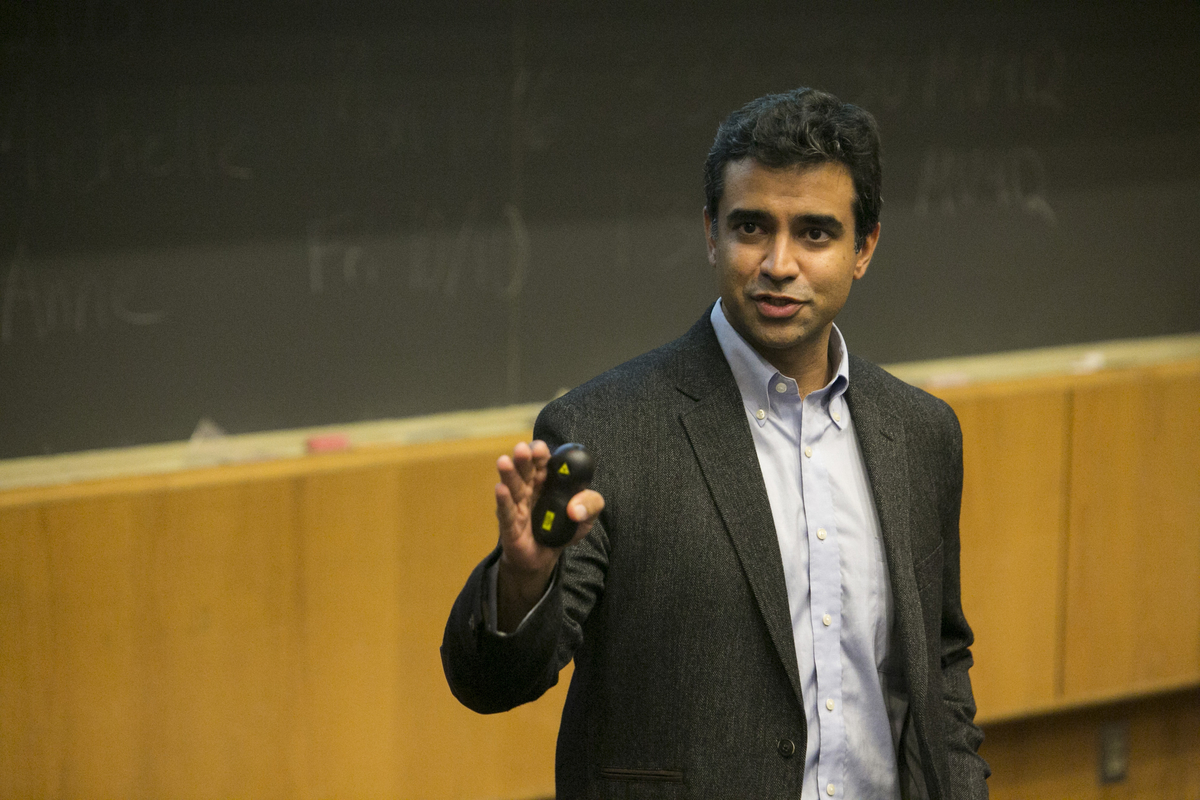 Interested in reading more about the intersection of healthcare and community? Here, the Tufts University School of Medicine common books from the past three years: