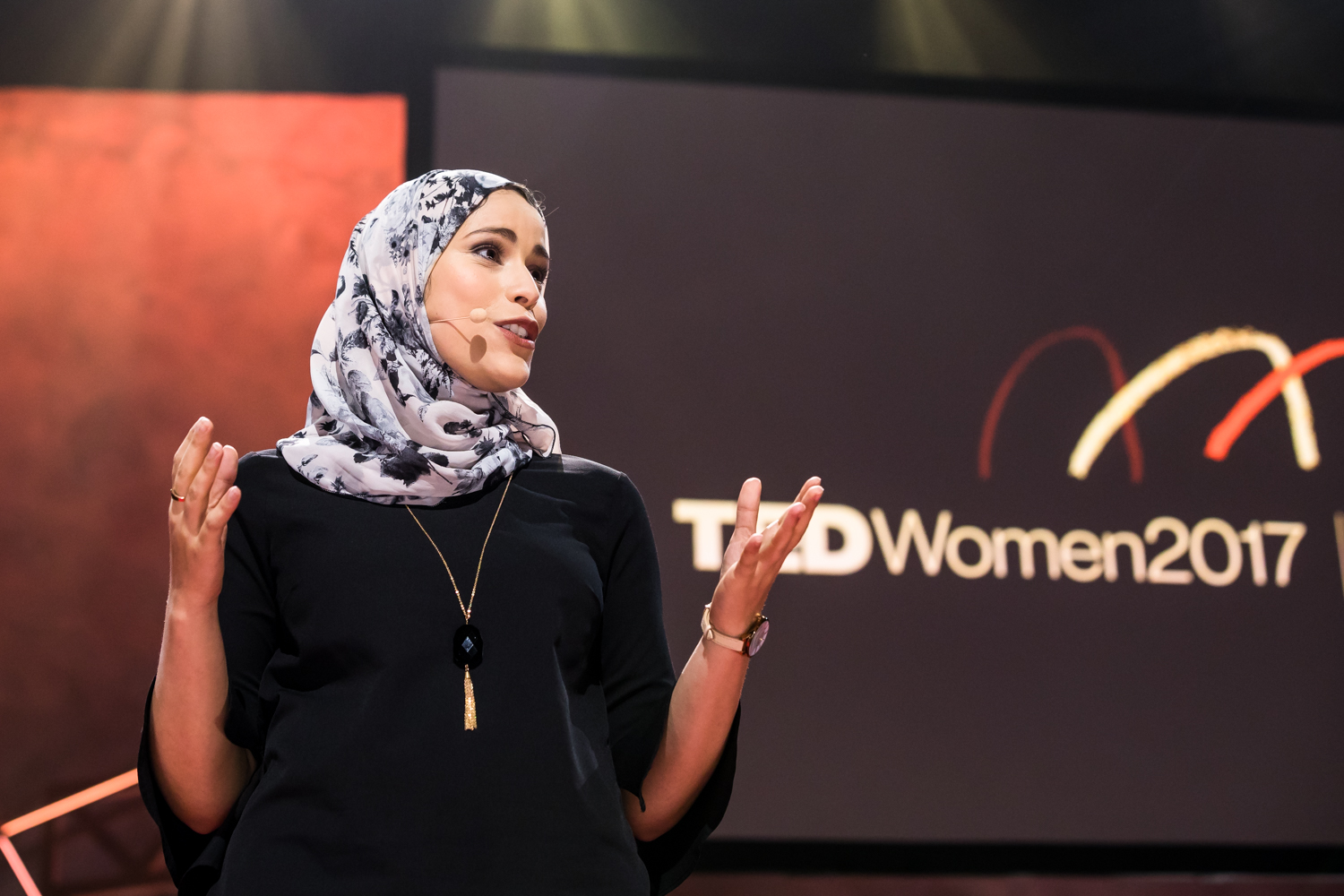 Host Alaa Murabit, a physician and activist, spoke at TEDWomen in 2015; she returns now in 2017 to host a bold session about design of all kinds, from medical breakthroughs to the simple dignity of bring true to yourself. Photo: Ryan Lash / TED

Up bright and early in the Big Easy, and right back into the TEDWomen program, with a session hosted by physician and UN High Commissioner (and a past TEDWomen speaker herself) Alaa Murabit, who confesses that she was pleasantly confused to find herself helming a session featuring all things design. “I always thought design was about externally pleasing aesthetics,” she said, confessing that her own design skills are … limited. “But what you’ll learn from speakers in this session is that design isn’t just about how great something looks — but how well it works.” Ready? Ready:

How do you design for the wonders of science? Growing up, neuroscientist-turned-designer Amanda Phingbodhipakkiya watched how her father would encourage diners in his Thai restaurant to embrace the unfamiliar. Now, she applies this same spirit to science activism, attempting to “introduce the wonder and humanity of science to the world, just like my dad introduced Thai food to our neighbors.” Her own experiments so far have resulted in creating Beyond Curie, a series of illustrations highlighting historical badass women in STEM and a scientifically rigorous, yet visually compelling pop-up science museum for adults. Most recently, she started a fashion line and community for women and girls to express their love of science — and find each other in the process.

Giving new meaning to remote work. “We’re just getting inside the joint now,” says Nadine Hachach-Haram as she peers into her laptop. She’s not kidding — she’s helping a surgeon based in Minnesota to drill into a patient’s knee, using her webcam to provide direction and feedback on what he should do next. Remote, collaborative surgeries like this, she says, can provide the next wave of surgical innovation, likely to have as dramatic an impact on humanity as the discovery of antiseptic or the use of robotics in the operating room. With her system, called Proxima, an experienced surgeon can advise another surgeon on a procedure, live, using AR and a laptop camera. It’s early days, but the hope is to provide a lifeline for the 5 billion people who lack access to safe surgical care. Says one mother whose child received cleft palette surgery in her Peruvian village, directed by a surgeon in California, “this technology gave my daughter her smile.”

Born to invent. In 2016 Anushka Naiknaware of Portland, Oregon, became the youngest winner — at age 13 — of the Google Science Fair when she designed a sensor that tracks wound healing. Driven by a fascination about how the world worked, she learned about  wounds that don’t heal normally due to preexisting conditions such as diabetes — and was shocked by their prevalence and cost ($50 billion worldwide in 2010). Since there’s a correlation between the moisture level of a wound and its stage of healing, Naiknaware worked in her garage to combine materials science, fractal math and biology to create a sensor that wirelessly delivers wound information to both patient and doctor. Did we mention she was 13 when she did this? But Anushka says she’d rather people be inspired by her story to make their own difference. 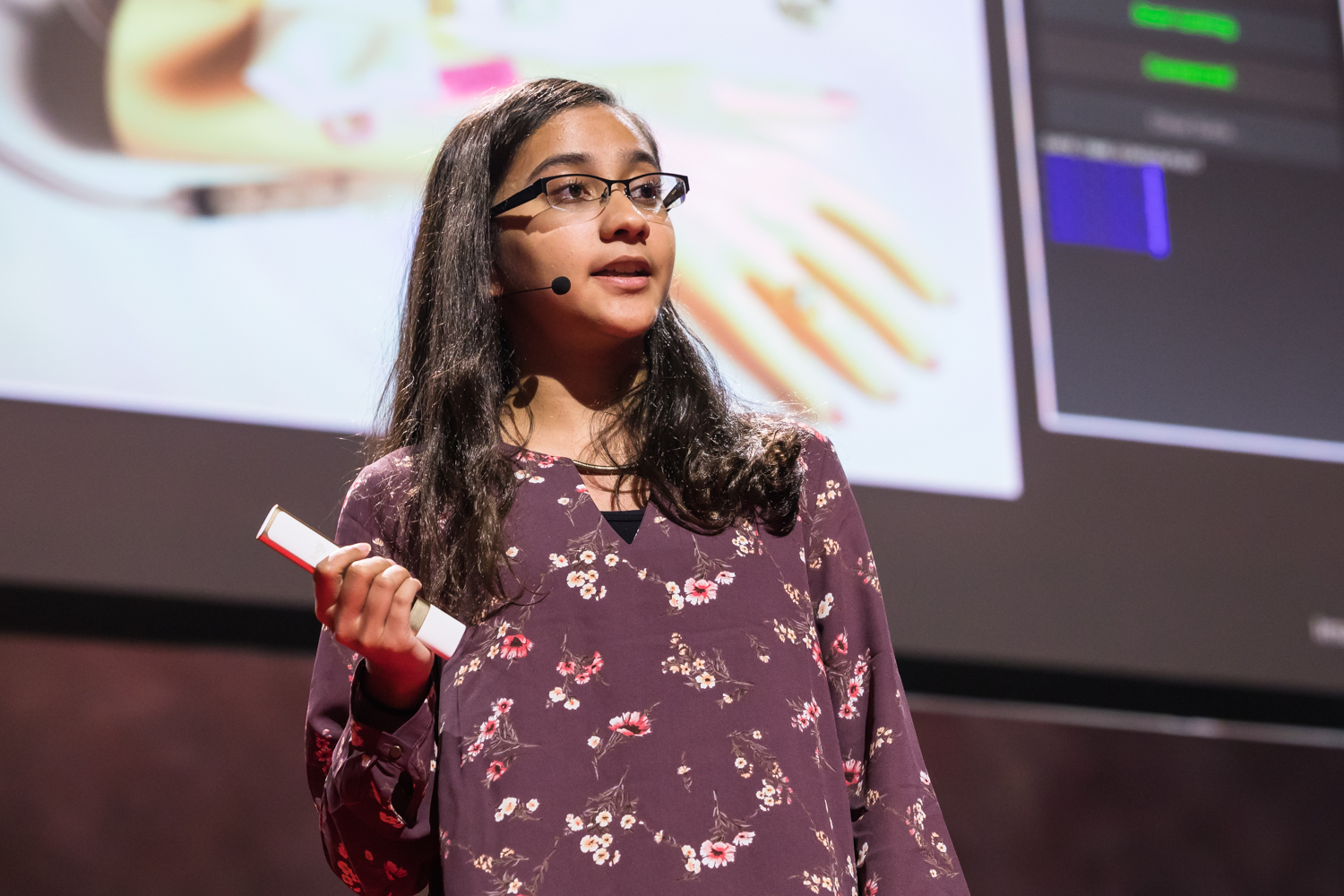 Young iventor Anushka Naiknaware has a passion to solve problems and to learn as much as she can about everything possible. She speaks at TEDWomen 2017: Bridges, on November 2, 2017, at the Orpheum Theatre in New Orleans. Photo: Ryan Lash / TED

Be true to yourself. Asali DeVan Ecclesiastes is a writer and activist who comes to the stage with a powerful poem about our self and our world — and the struggle to bring our true selves to everything we do. Two excerpts from her poem, Chasms: 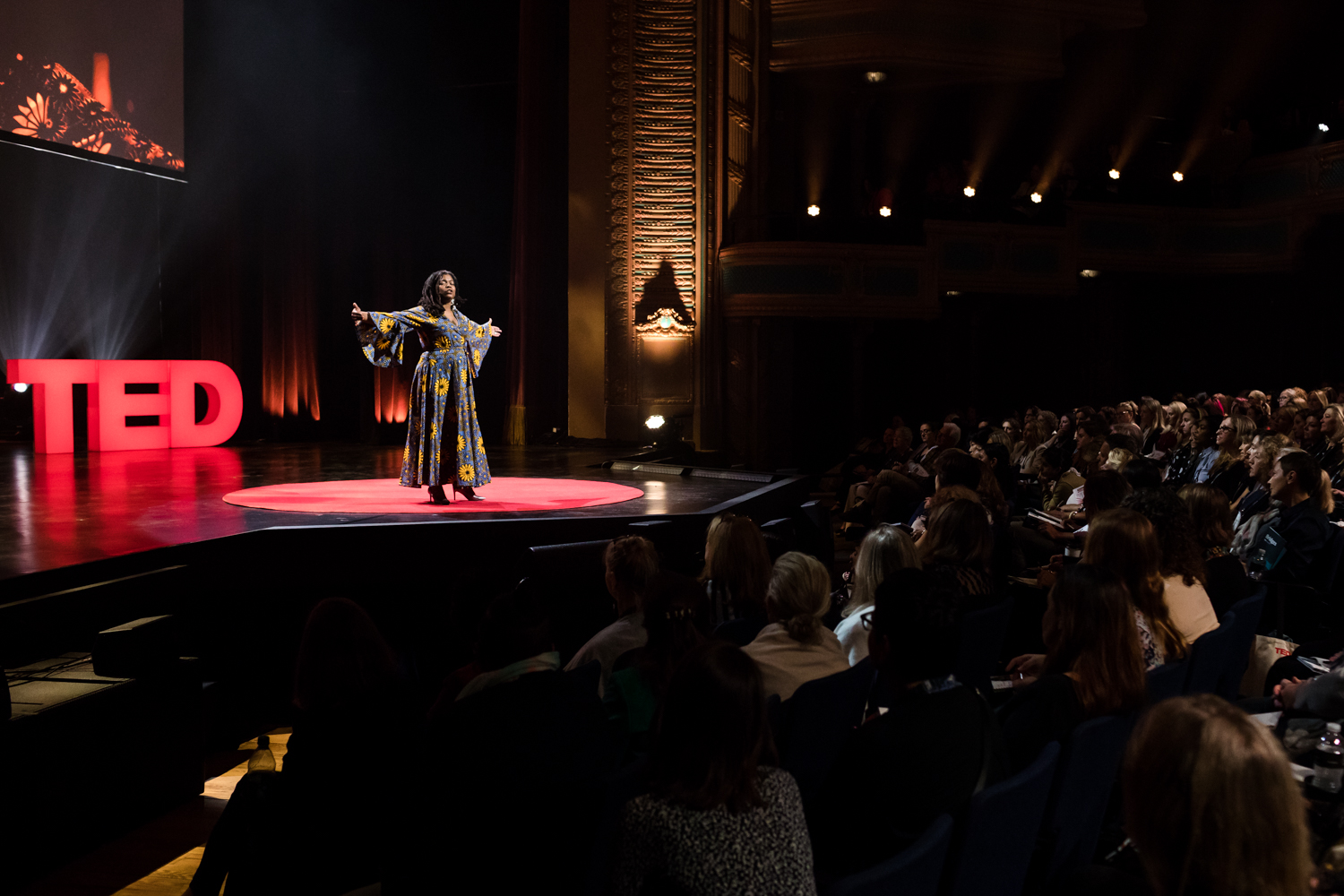 The power of physical exercise. Neuroscientist Wendy Suzuki was working on the study of memory, but after she signed up at a gym and noticed improvement in her own memory and focus, she realized she had to switch her focus: now, she researches the impact of exercise on the brain, and she’s found some surprising stuff. Her work and the work of others has shown that exercise transforms your brain in three primary ways. First, it increases levels of neurotransmitters that affect your mood. Second, over the long term, exercise actually changes the brain’s anatomy, physiology and function. And finally, it helps protect your brain from neurodegenerative diseases as you age. So how often do you have to exercise to get these benefits? Suzuki says you’ve got to get your heart rate pumping three or four times a week for 30–45 minutes each time. Good news: Aerobic vacuuming totally counts. 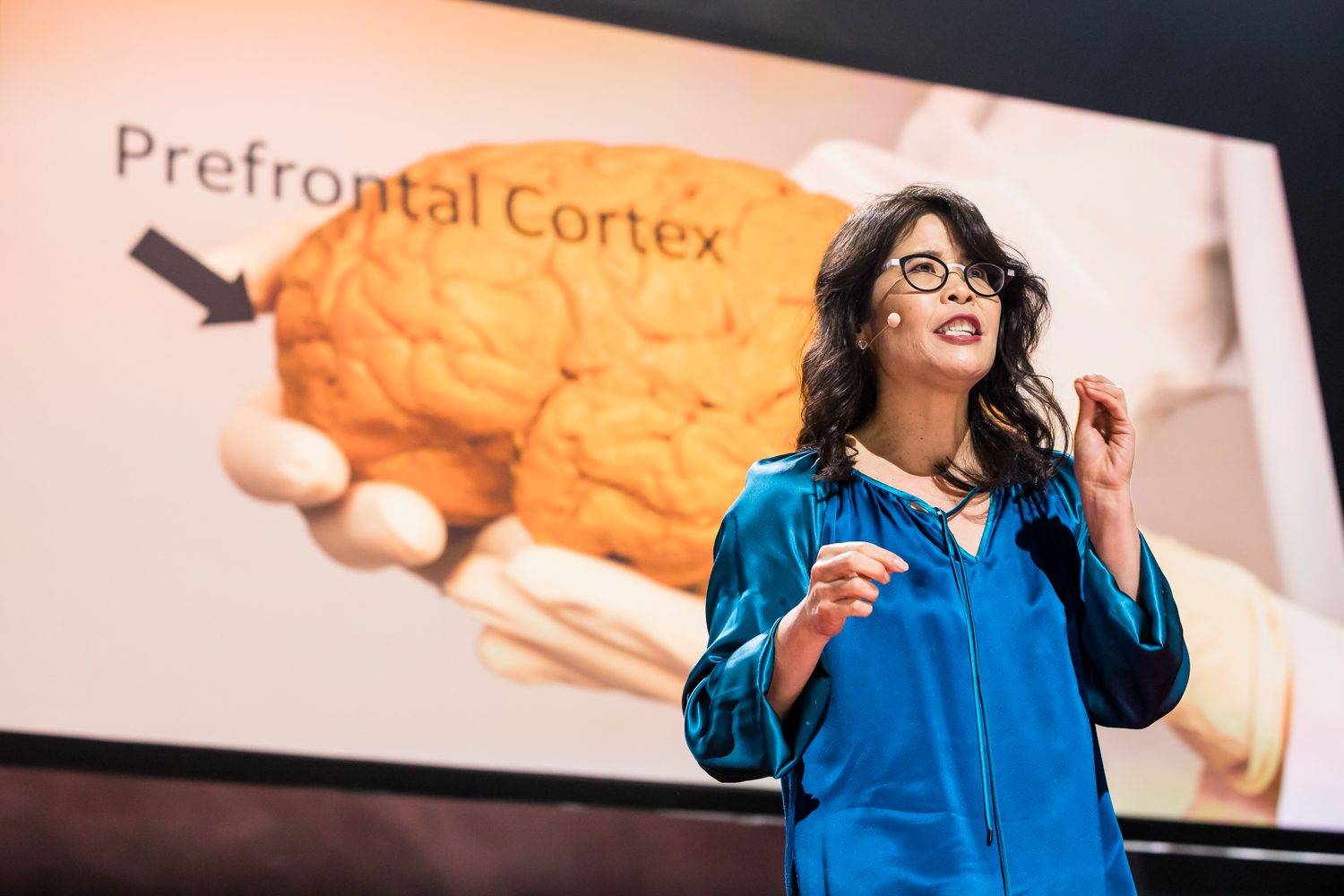 Everyone, everywhere deserves good design. If architect and writer John Cary has his way, women will never need to stand in pointlessly long bathroom lines again. He points to these lines as “representative of a more serious issue”: the lack of diversity in design that leads to thoughtless, compassionless spaces. “Design has a unique ability to dignify. It can make people feel valued, respected, honored and seen,” he says. The flip side is true, too, and those bathroom lines tell women their needs were not considered when these rooms were created. Design is a white male-dominated profession, Cary notes: only 15 percent of registered architects in the US are women; a far lower percentage are non-white. He calls for the architecture and the design professions to expand their ranks and commit to serving the public good, not just the privileged few. “Well-designed spaces are not just a matter of space or a question of aesthetics,” he says. “They literally shape our ideas of who we are in the world and what we deserve.” We all deserve better.