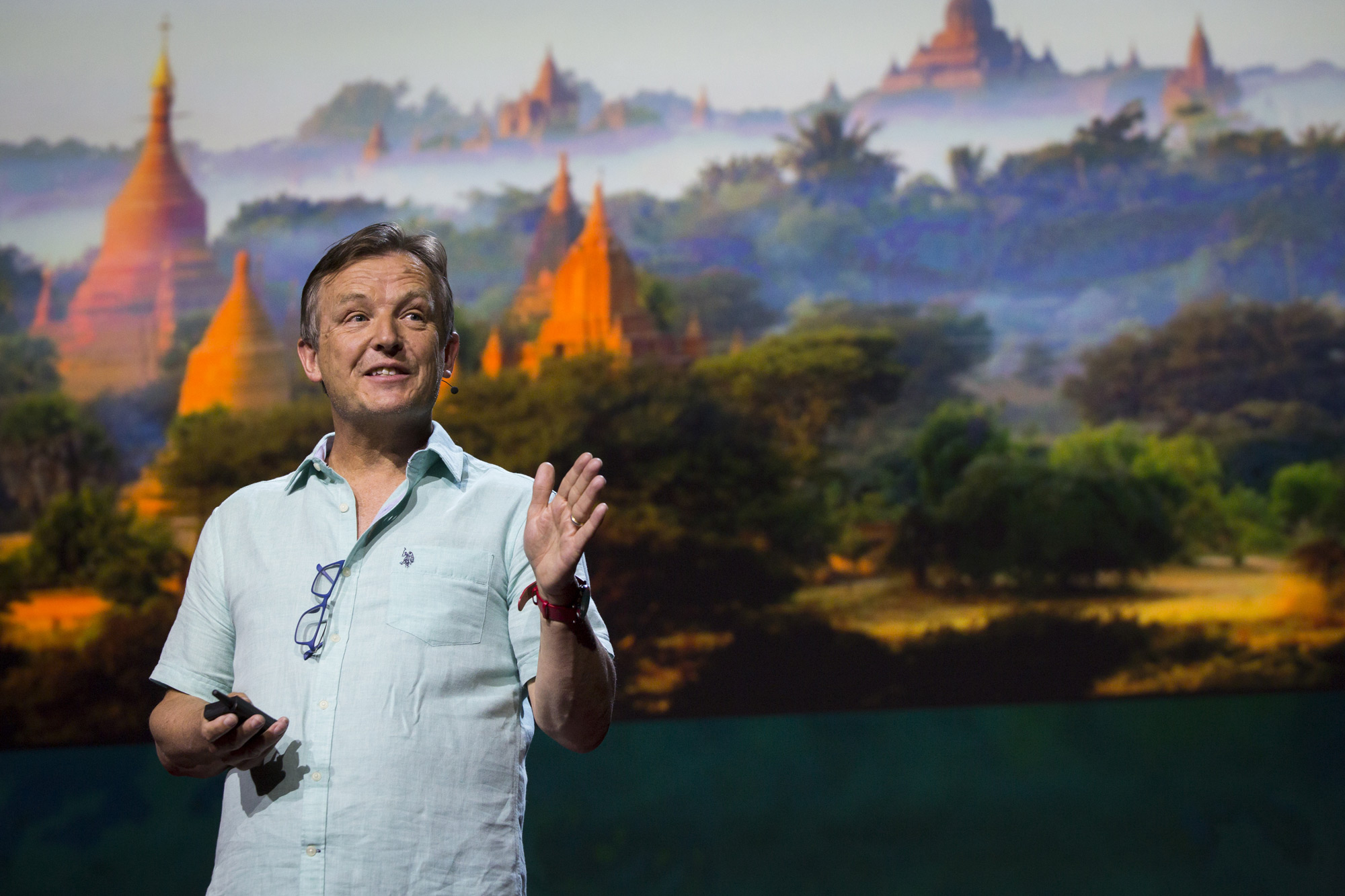 Behind Chris Anderson is an image of the Bagan temples and pagodas of Myanmar, built between the 11th and 13th centuries. What can we build today that could stand such a test of time? Photo by Marla Aufmuth/TED.

TEDSummit is a gathering of TED’s tribes — our speaker community, volunteer translators, TED Fellows, TEDx organizers, partners and  more. In Session 1, we shared mainstage talks that sparkled with optimism for humanity — now and deep into our unknown future.

Ideas that stand the test of time. TED’s curator, Chris Anderson, opened TEDSummit with a throwback from the archive: An image of him trying to speak onstage while wearing a live Burmese python. It’s a playful (and terrifying) nod to the speakers from TED2005. TED’s come a long way since then, he says. In fact, this week marks the 10th anniversary of TED putting talks online for free. With all the changes over the years, he asks a central question: “What are we building today that will last 1,000 years?” The answer? Ideas that stand the test of time, pushing past borders and encouraging compassion. Remarking on this week’s Brexit vote, he notes that championing ideas of inclusion and tolerance is vital, now more than ever.

Why are some people extremely altruistic? One night twenty years ago, a mysterious man saved Abigail Marsh‘s life — by risking his own to rescue her after a car wreck. Today she asks: What made this man run across four lanes of highway traffic to save a person he’d never met? In her work, she studies the motivations of people who do extremely selfless and altruistic acts, like donating a kidney to a complete stranger. Are their brains just different? And what can we learn about these extreme altruists from their polar opposite: psychopaths? 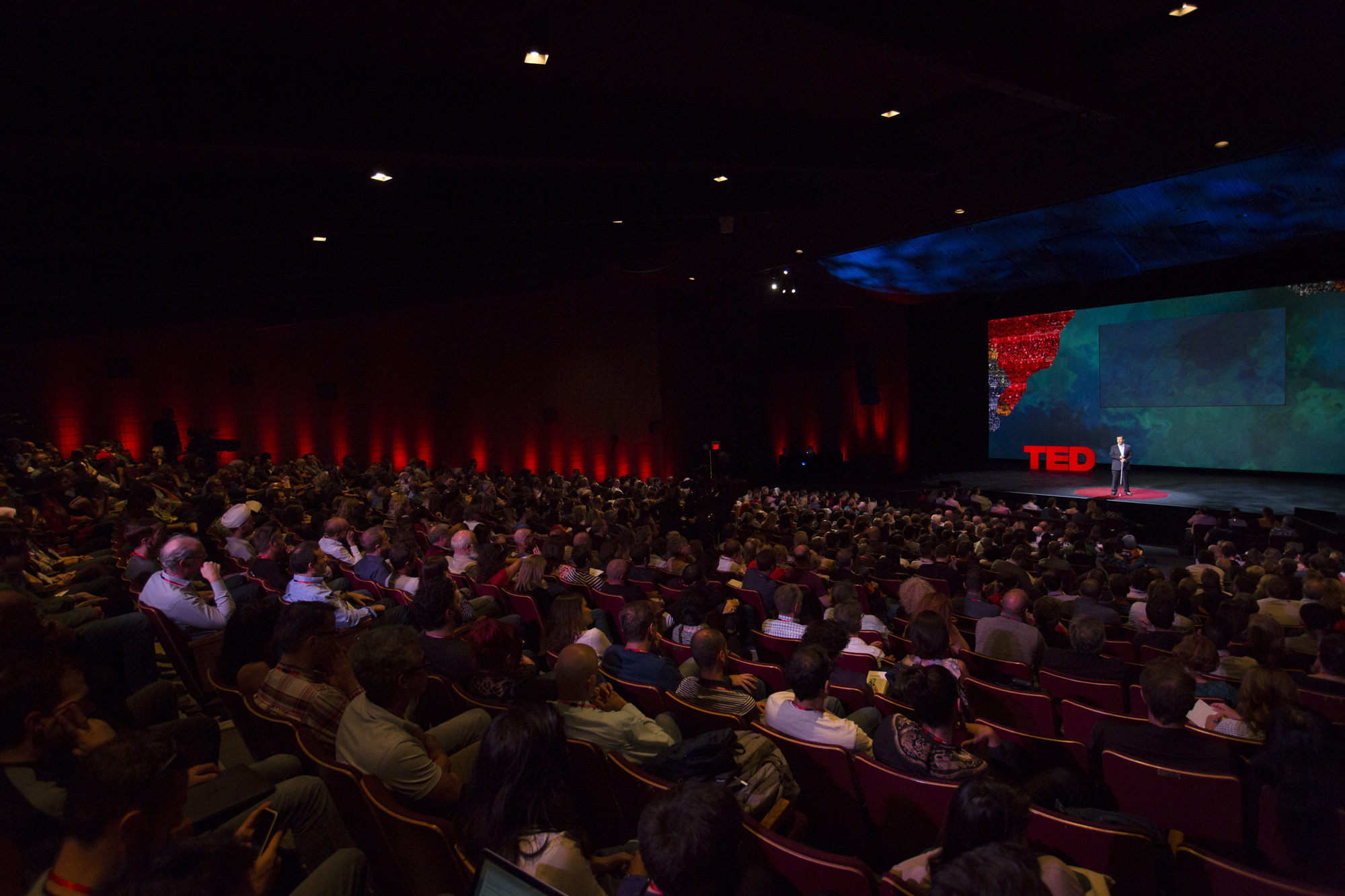 Fighting the distorting power of fear, with eyes wide open. Even without his impressive résumé, Isaac Lidsky has lived an amazing life. As a young adult, he slowly lost his sight to genetic disorder, and he feared that he would be fated to a life of disability and isolation — a frightful distortion caused by his fear of this new reality. But he became increasingly aware of the distortions that all our minds are capable creating in our own “objective” realities. Fear in particular has the ability to “replace the unknown with the awful,” he says, hindering our ability to think critically and take action. In the end, Lidsky’s blindness taught him to live with eyes wide open; he urges us all to remain aware of our own assumptions and fears in order to do the same.

Bringing life to soul. What is a soul? Self-proclaimed accidental theologist Lesley Hazleton asked the TEDSummit audience this most intangible, expansive and fundamental of questions. Tracing the soul’s conceptual history through culture, science and religion, Hazleton suggests we ditch the pious, weak modifiers we use for it and reclaim it with spirit — a new essence of life and vitality. Read more … 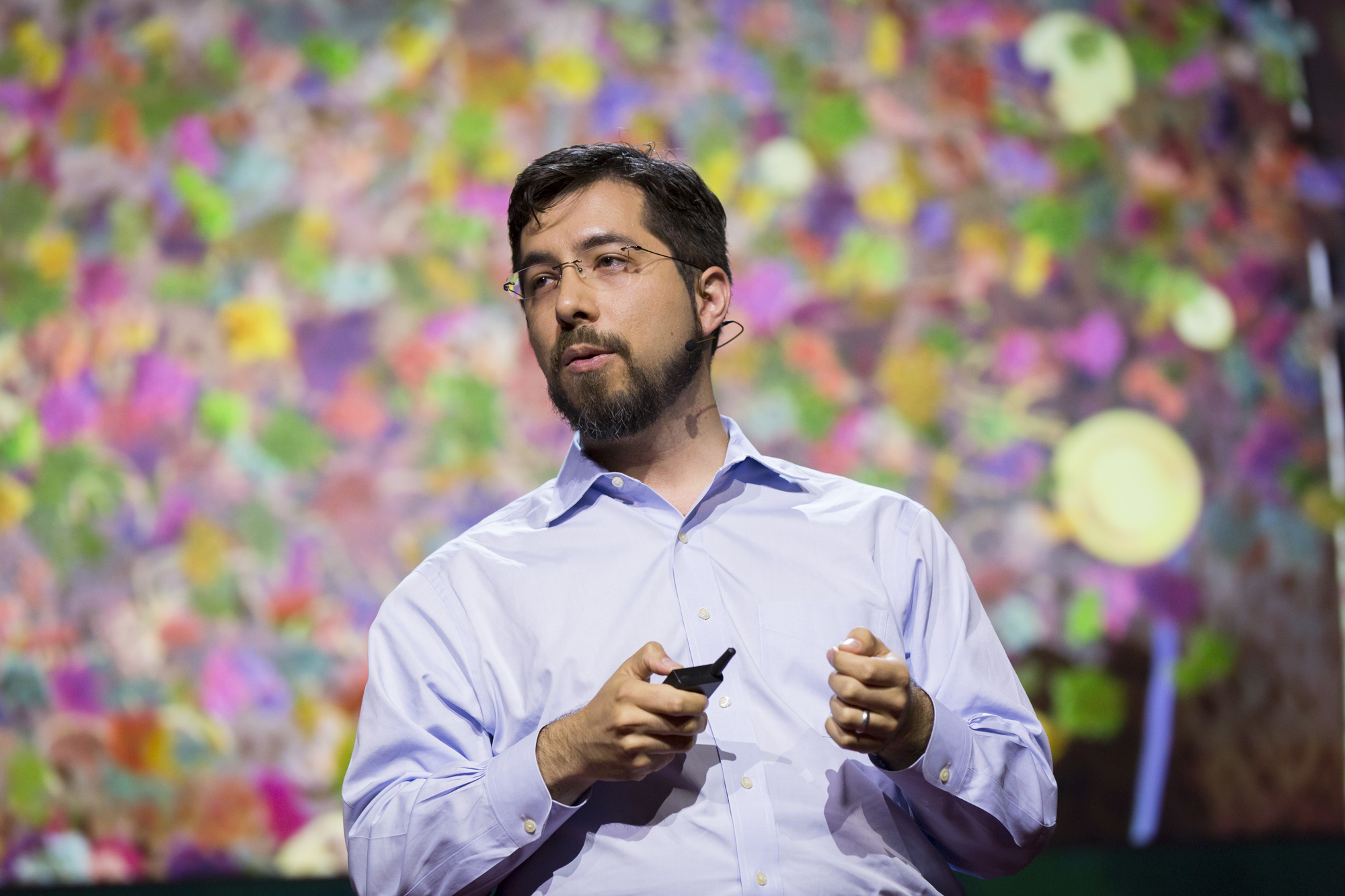 Ed Boyden stands in front of an image of expanded brain cells — a vision that may help us understand how a lump of flesh can produce every thought and emotion we know. Photo by Ryan Lash/TED.

Expanding the brain with help of … diapers. Ed Boyden wants to look inside the brain and see the nanoscale biomolecules that generate our thoughts and feelings. And rather than magnify these tiny structures and connections, he wondered: Could we enlarge them so they are easier to see? He and his lab are trying to use expanding polymers, like those responsible for enlarging wet baby diapers, to enlarge and ultimately map the inner workings of the brain. He showed the audience how these polymers expand to a thousand times their original size with the addition of water. By infusing this polymer into brain tissue, Boyden hopes to expand and label the elaborate neural structures of the brain, so we can learn how we process emotions, see how we form the thoughts and opinions that make us who we are — and maybe even locate the exact molecular changes that lead to disorders like epilepsy and Alzheimer’s.

Inbox (1). Comedian James Veitch dives into a hilarious, down-the-rabbit-hole exploration of what exactly happens when you reply to the spammers in your email inbox. 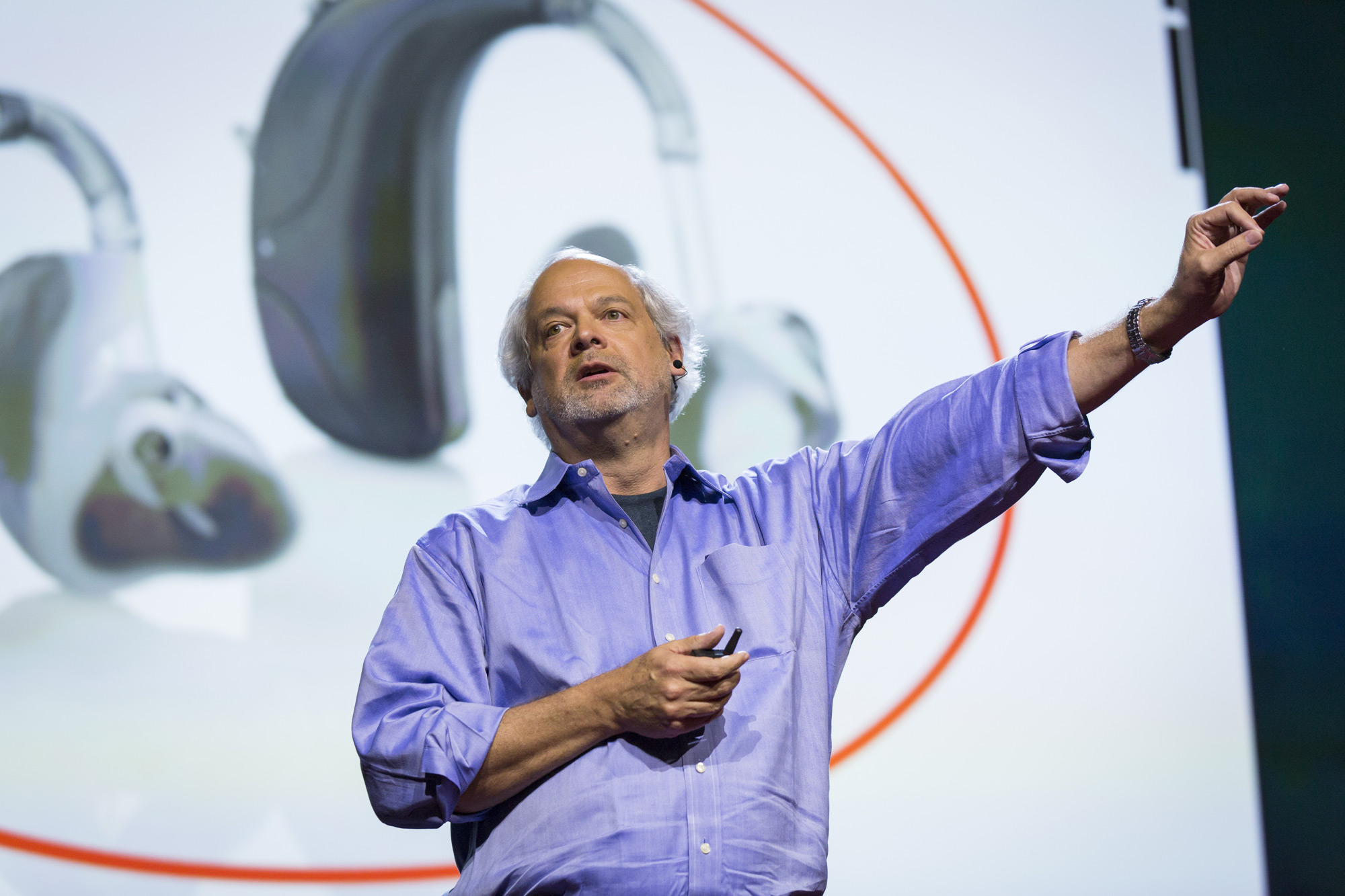 Juan Enriquez asks: What happens when our prosthetics, like the advanced hearing aid shown behind him, get so good that we actually choose to wear them to improve on our natural abilities? Photo by Ryan Lash/TED.

Should we evolve human beings? Over humanity’s history, we have evolved and modified plants, bacteria and even animals. At TEDSummit, futurist Juan Enriquez asks, “Is it ethical to evolve human beings?” We are getting to the point where our technology is developing a symbiotic relationship to the human body — think about pacemakers, next-gen hearing aids and prosthetics that improve our own limbs. This power comes with responsibility. If humanity decides to inhabit another planet, he argues, we must adapt and make radical changes to survive. In that case, evolving ourselves is not only ethical, but a moral imperative.