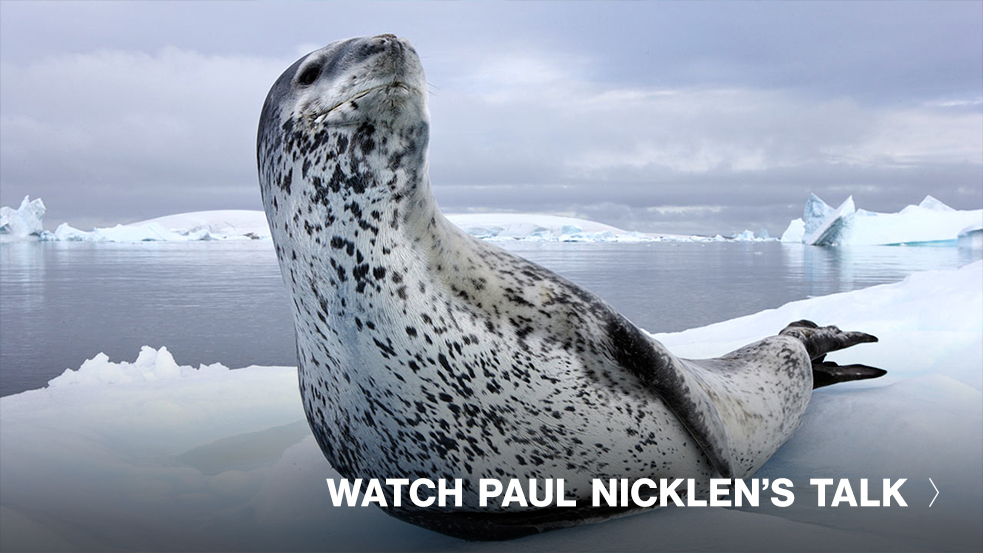 The past few weeks have brimmed over with TED-related news. Here, some highlights:

This is what extinction looks like. Photographer Paul Nicklen shocked the world with footage of a starving polar bear that he and members of his conservation group SeaLegacy captured in the Canadian Arctic Archipelago. “It rips your heart out of your chest,” Nicklen told The New York Times. Published in National Geographic, on Nicklen’s Instagram channel, and via SeaLegacy in early December, the footage and a photograph taken by Cristina Mittermeier spread rapidly across the Internet, to horrified reaction. Polar bears are hugely threatened by climate change, in part because of their dependence on ice cover, and their numbers are projected to drop precipitously in coming years. By publishing the photos, Nicklen said to the Times, he hoped to make a scientific data point feel real to people. (Watch Nicklen’s TED Talk)

Faster 3D printing with liquids. Attendees at Design Miami witnessed the first public demonstration of MIT’s 3D liquid printing process. In a matter of minutes, a robotic arm printed lamps and handbags inside a glass tank filled with gel, showing that 3D printing doesn’t have to be painfully slow. The technique upends the size constraints and poor material quality that have plagued 3D printing, say the creators, and could be used down the line to print larger objects like furniture, reports Dezeen. Steelcase and the Self-Assembly lab at MIT, co-directed by TED Fellow Skylar Tibbits and Jared Laucks, developed the revolutionary technique. (Watch Tibbits’ TED Talk)

The crazy mathematics of swarming and synchronization. Studies on swarming often focus on animal movement (think schools of fish) but ignore their internal framework, while studies on synchronization tend to focus solely on internal dynamics (think coupled lasers). The two phenomena, however, have rarely been studied together. In new research published in Nature Communications, mathematician Steven Strogatz and his former postdoctoral student Kevin O’Keefe studied systems where both synchronization and swarming occur simultaneously. Male tree frogs were one source of inspiration for the research by virtue of the patterns that they form in both space and time, mainly related to reproduction. The findings open the door to future research of unexplored behaviors and systems that may also exhibit these two behaviors concurrently. (Watch Strogatz’s TED Talk)

A filmmaker’s quest to understand white nationalism. Documentary filmmaker and human rights activist Deeyah Khan’s new documentary, White Right: Meeting the Enemy, seeks to understand neo-Nazis and white nationalists beyond their sociopolitical beliefs. All too familiar with racism and hate related threats in her own life, her goal is not to sympathize or rationalize their beliefs or behaviors. She instead intends to discover the evolution of their ideology as individuals, which can provide insights into how they became attracted to and involved in these movements. Deeyah uses this film to answer the question: “Is it possible for me to sit with my enemy and for them to sit with theirs?” (Watch Khan’s TED Talk)

The end of an era at the San Francisco Symphony. Conductor Michael Tilson Thomas announced that he will be stepping down from his role as music director of the San Francisco Symphony in 2020. In that year, he will be celebrating his 75th birthday and his 25th anniversary at the symphony, and although his forthcoming departure will be the end of an era, Thomas will continue to work as the artistic director for the New World Symphony at the training academy he co-founded in Miami. Thus, 2020 won’t be the last time we hear from the musical great, given that he intends to pick up compositions, stories, and poems that he’s previously worked on. (Watch Tilson Thomas’ TED Talk)

A better way to weigh yourself. The Shapa Smart Scale is all words, no numbers. Behavioral economist Dan Ariely helped redesign the scale in the hope that eliminating the tyranny of the number would help people make better decisions about their health (something we’re notoriously bad at). The smart scale sends a small electrical current through the person’s body and gathers information, such as muscle mass, bone density, and water percentage. Then, it compares it to personal data collected over time. Instead of spitting out a single number, it simply tells you whether you’re doing a little better, a little worse, much better, much worse, or essentially the same. (Watch Ariely’s TED Talk)