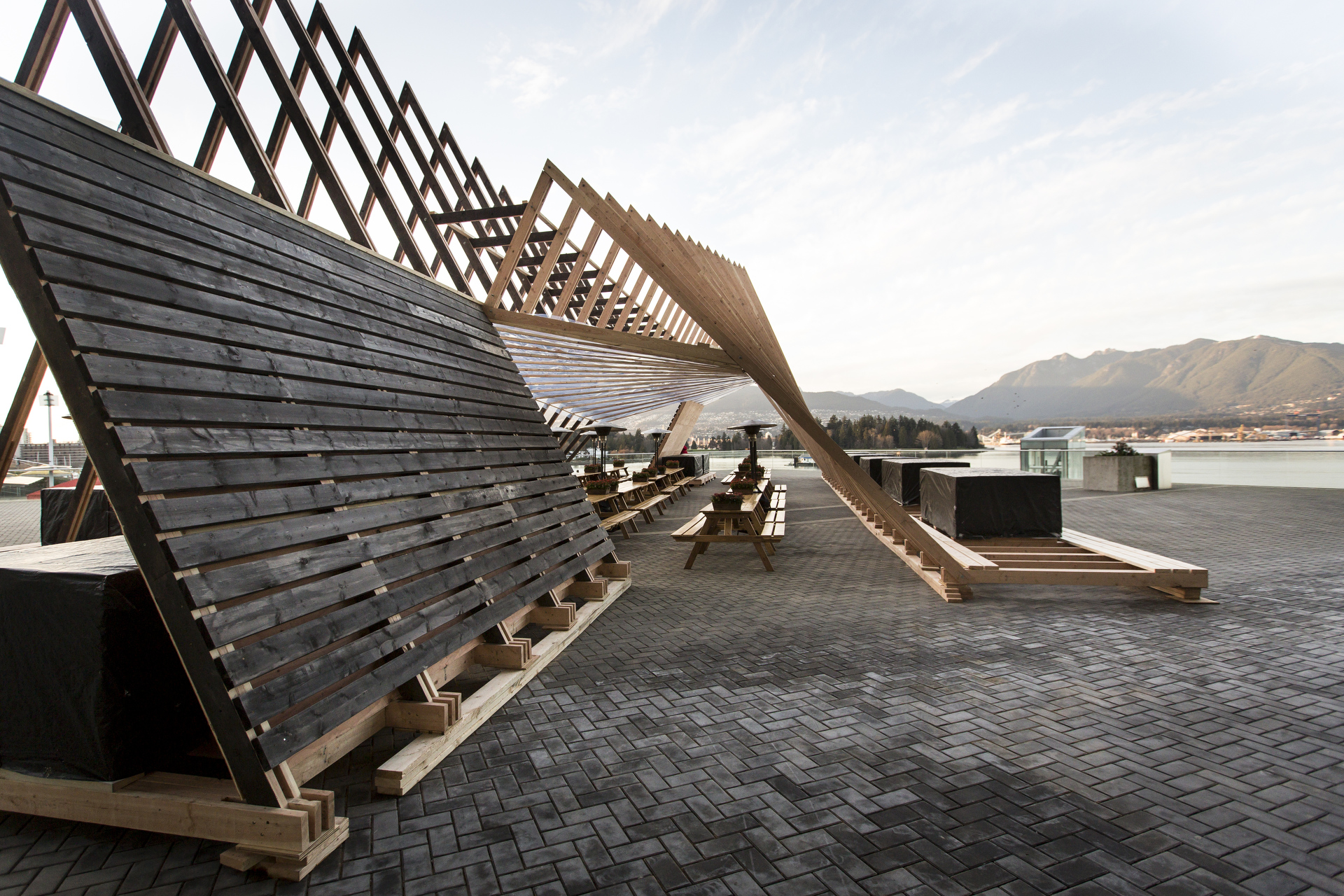 Placed on the terrace outside TED2015, this temporary wooden picnic pavilion echoes the shape of Vancouver’s two Lions Mountains. After TED2015 ends, the pavilion will be moved to Vancouver’s East Side to shelter a public market. Photo: Ryan Lash/TED

To build a 20-story building out of cement and concrete, 1,200 tons of carbon dioxide gets released; to construct the same building from wood, 3,100 tons are saved, a difference of about 900 cars taken off the road in a year. Michael Green (TED Talk: Why we should build wooden skyscrapers) builds with wood because not only is it unique and beautiful — it reduces CO2 emissions. As Green says in his talk from TED2013, “Wood gives Mother Nature fingerprints in our buildings.” 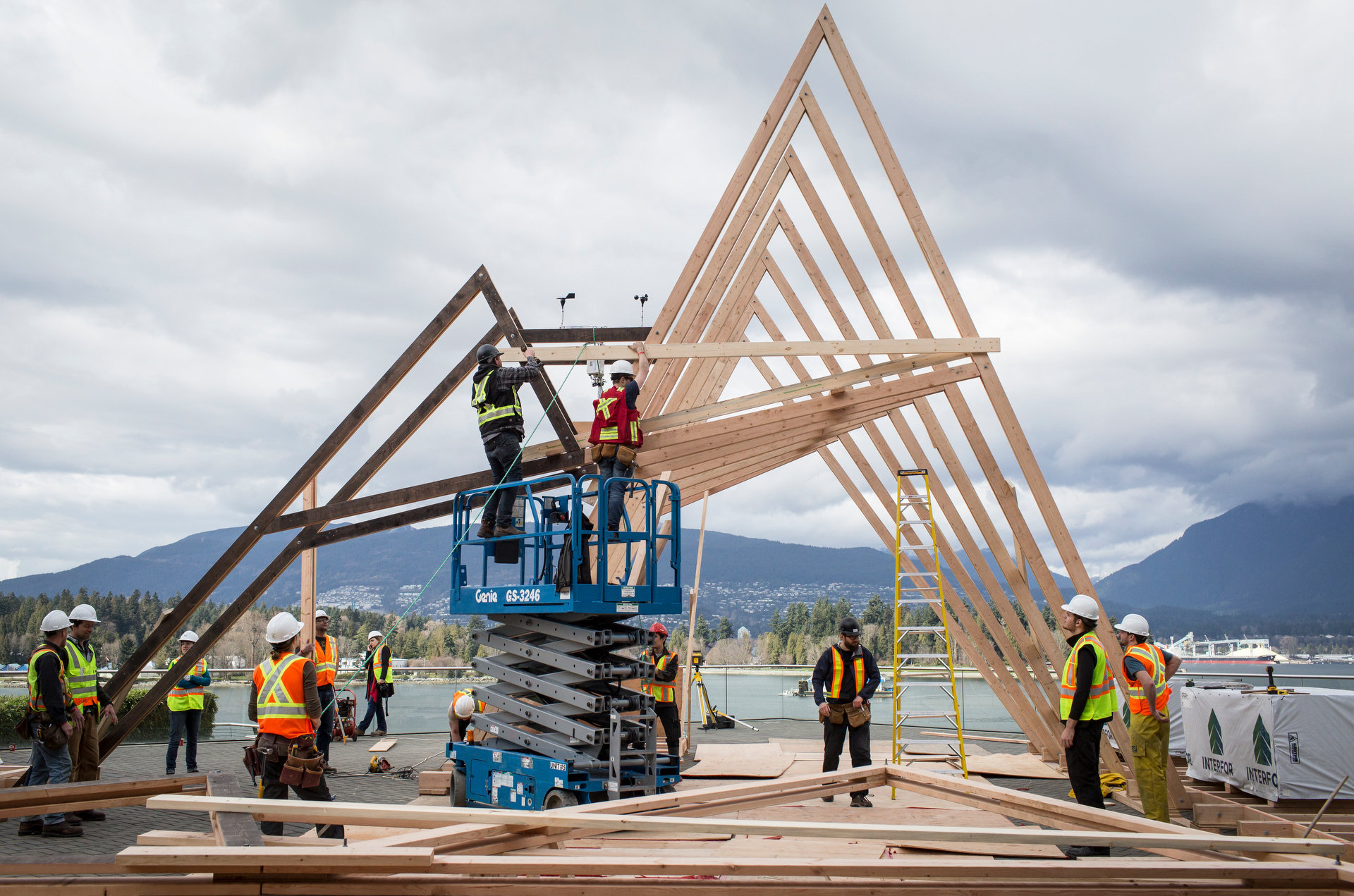 This year at TED, Green and his not-for-profit Design Build Research Institute (DBR) worked with seventeen university students to build a large, temporary wooden pavilion for the patio outside the Vancouver Convention Centre. TED’s Katherine McCartney said: “I challenged them into building me a cover for the terrace that could be installed in less than 10 hours, be struck in less than the install time, be windproof, pass all permits (of course!) and provide a protective cover for luncheons out on the terrace that would not block views to Stanley Park.” Inspired by the two intersecting Lions Mountains on Vancouver’s north shore, the Marquee is built of wood donated by Interfor Forest Products and clear ETFE film donated by SaintGobain. After the conference it will be disassembled and moved to its permanent home in the downtown east side of Vancouver. There, the Marquee will live on as a farmers’ market space in a city-owned lot that will eventually become an affordable housing project.