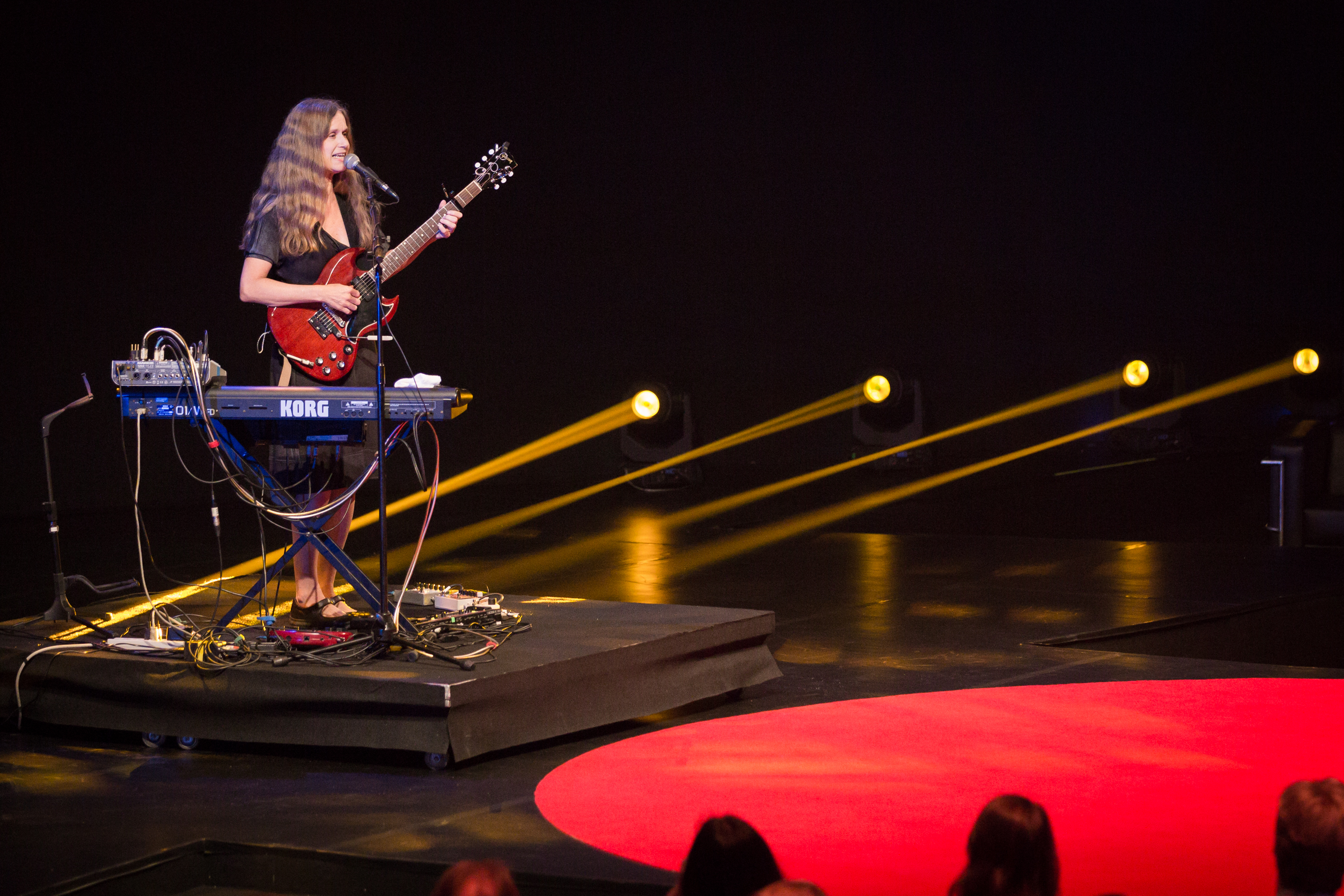 The thinkers in this session, “Lateral Action,” don’t go about creating change in the usual ways. Here, their unexpected approaches:

Argentinian singer-songwriter Juana Molina opens the session with a hypnotizing performance on the electric guitar and a rack of pedals that layer sounds into gorgeously complex song structures. Singing calmly behind layers of chords, she mixes Spanish lyrics with simple tones that loop in on one another and build and build. At the back of the auditorium stand a few rock-concert-style head-nodding fans, some wearing event staff T-shirts, drinking in the glorious noise as she plays “Ferocisimo” and “Bicho Auto” from her latest record, Wed 21. Watch a full performance from this May.

When she was 16, Khalida Brohi found out that a close friend was a victim of an “honor killing.” Growing up between a big city and a small village in Pakistan, she honored the family traditions from her village, and she’d seen friends enter arranged marriages — but the “honor killing” shook her to her core. “A custom that kills just didn’t make any sense to me,” she said. And so she launched a campaign to stop it — one that quickly gained momentum online. But at home, her family’s car was stoned; her life was threatened. She had to let the campaign end. “As an 18-year-old, I thought this was the biggest failure of my life,” says Brohi. But it taught her two important lessons: (1) That she had to align calls for change with the core values of the community and (2) that she needed to include the women themselves in her campaign. So Brohi did something bold: she apologized to the community, and set about promoting tribal traditions like music and storytelling. She also asked her tribal leaders for support in building a center where women could do traditional embroidery. With this, the Sughar Empowerment Society was born. Women do embroidery here, yes, but they also get a six-month education about their rights and about the art of entrepreneurship. So far, Sughar has reached 900 women and 24 villages. But Brohi hopes to build this movement to the point where, in the next 10 years, she reaches more like a million. [Read a Q&A with Khalida that tells much more of her story.]

To write a book on Rio’s underground drug trade, journalist Misha Glenny is learning to speak Brazilian Portuguese, or Carioca. His biggest takeaway: His mind is just not what it used to be. Glenny, now in his mid-50s, finds that his short-term memory is wearing down and his ability to imitate new sounds is also shot. Of his initial attempts to produce a nasal affect, Glenny jokes: “My teachers said I sounded like a cat being tortured … in Polish.” And as a 50-something he doesn’t quite have the opportunities he used to have when practicing a new language: getting drunk and chatting up girls at parties. Nonetheless Glenny is devoted to his education, hoping that his linguistic journey will help him better understand the Brazilian culture he’s come to adore.

What makes you go to a museum to see a picture hanging on a wall, instead of just downloading that picture on your mobile phone? Vik Muniz believes it’s for the quiet, magical moment that hovers between what we can know and what we can only assume about the art. His art captures this moment beautifully through a variety of media, including sugar, chocolate and living cells. All of his art asks people to question their assumptions about what they think they know about the world.

Urban architect Alejandro Aravena has taken on difficult design challenges in Chile, but he believes that the more complex the problem, the greater the need for simplicity. He shares three success stories: First, when asked to create low-income housing with a budget for only half the size of comfortable middle-class homes, his team invented half-houses with the framework to build further later, inspired by the owner-built energy of favelas. Next, when challenged to use less energy in a traditional office building, he devised an inside-out structure, with an opaque cooling exterior and a light-giving atrium center that reduced energy costs by two-thirds. Last, when asked to rebuild after the 2010 Chile earthquake, he created a barrier to keep out future tsunami waves that also solved the concurrent problem of poor public space: a small forest. In all three projects, he solved his problems through community participation, and a little common sense. He says, “We won’t ever solve the problem unless we use people’s own capacity to build.”

“If you’re giving back, you took too much,” says organizational changemaker Ricardo Semler, 20 years after transforming a struggling Brazilian equipment supplier into a radically democratic, resilient and successful company. He prefers to give as he goes, so he continues to create new companies, books and education options like the Lumiar School as he grows older. It sounds crazy, and deeply wise, but it works. One tool he recommends: Ask yourself “3 whys” in a row: By the third why, you will come to new answers. 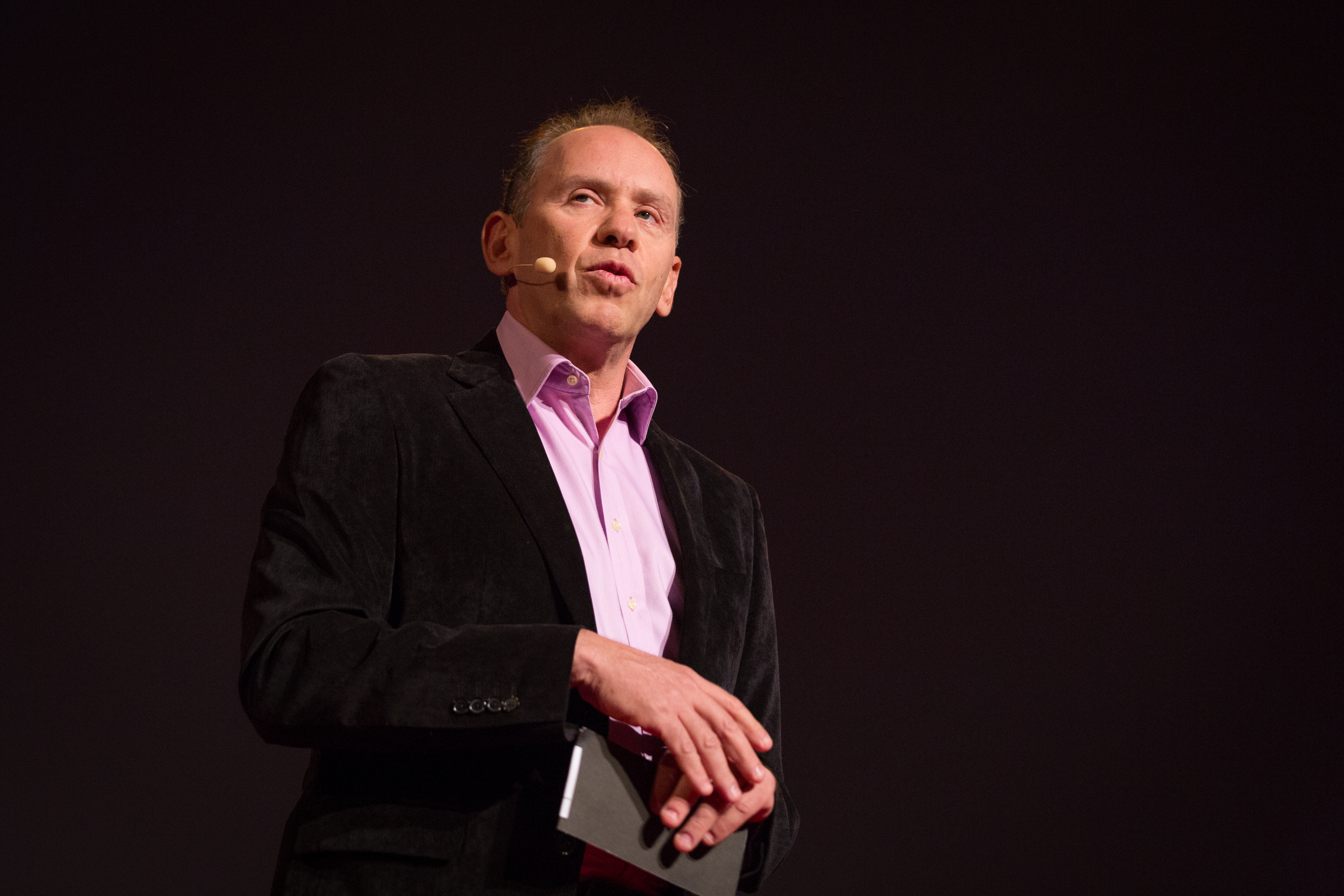