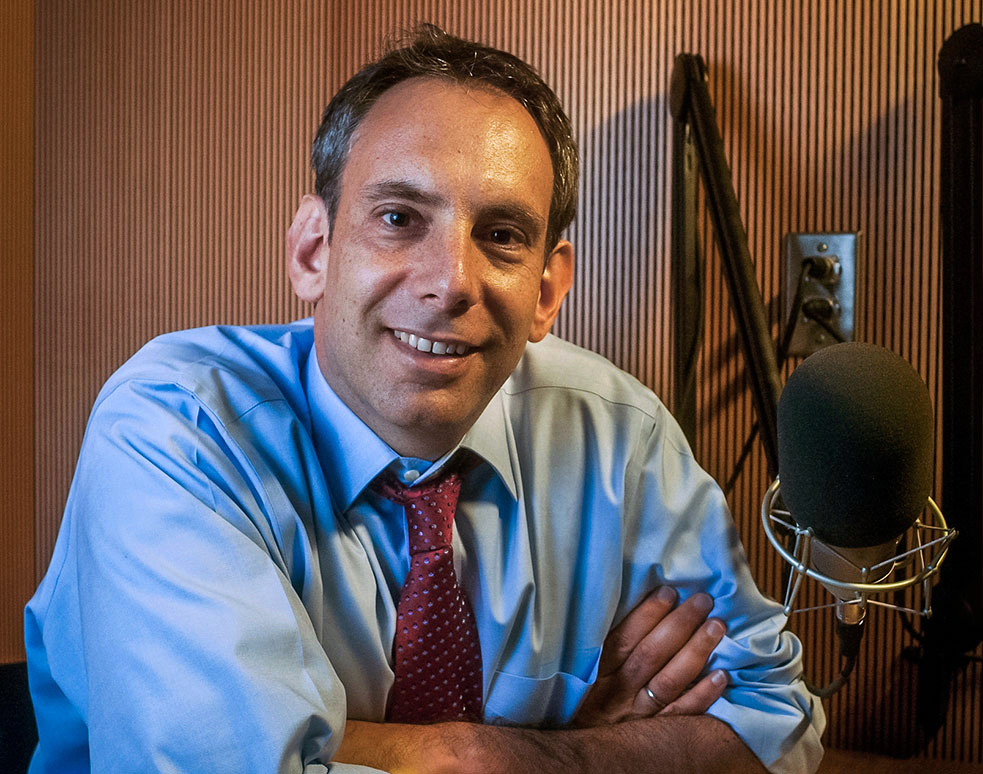 Dave Isay of StoryCorps is the winner of the 2015 TED Prize. On March 17, he’ll reveal his wish. Photo: StoryCorps

It’s a sentence that can be found in a wide variety of TED Talks — because, really, it is the heart of what we do.

This is why, for the 10th anniversary of the TED Prize in 2015, we are thrilled to award the million-dollar prize to Dave Isay, the founder of StoryCorps. A large-scale oral history project, StoryCorps puts two people who know each other well — a husband and wife, a father and son, longtime co-workers — in a recording booth, giving them 40 minutes to have a real conversation, the kind that digs beyond the mundanities of life to unlock the powerful stories we each hold inside. So far, 100,000 Americans have participated in StoryCorps. All the digital audio files go to the Library of Congress; some are made available on the StoryCorps website, others are broadcast on NPR and still others are animated into shorts. While StoryCorps began in a small soundproof booth in New York’s Grand Central Station in 2003, it has grown into the largest single collection of human voices ever recorded.

But interestingly, while “story” is in the name, Isay sees StoryCorps as primarily about listening. “Listening is generosity,” he tells us. “Listening to someone else closely is one of the most valuable gifts we can give to another human being.”

On March 17, at the TED2015 conference, Isay will share an audacious wish for StoryCorps in a TED Talk. The wish will build on the success the platform has had in its first decade and take it in new directions. Isay’s TED Talk will be livestreamed for free to the world, and posted on TED.com soon after. From there, TED’s global community of innovators, entrepreneurs and TEDx organizers will hop in, helping the wish come true.

Isay says that he is “thrilled, honored and, frankly, floored,” to be working with TED and says he sees the two platforms dovetailing well. “I think we are both about inspiring people, helping people focus on what’s important,” he says. “About creating connections that ultimately help us all recognize our shared humanity.”

TED Curator Chris Anderson says that this is a special TED Prize for him too. “On the tenth anniversary of the prize, it seems fitting that we’re honoring a storytelling pioneer,” he says. “I’m excited to see how TED and StoryCorps will collaborate, and eager to see how we can pair an incredible idea with a global community.”

Check out some of Dave Isay’s favorite StoryCorps stories »

Reaction: Hear an NPR segment about Dave Isay and the TED Prize »