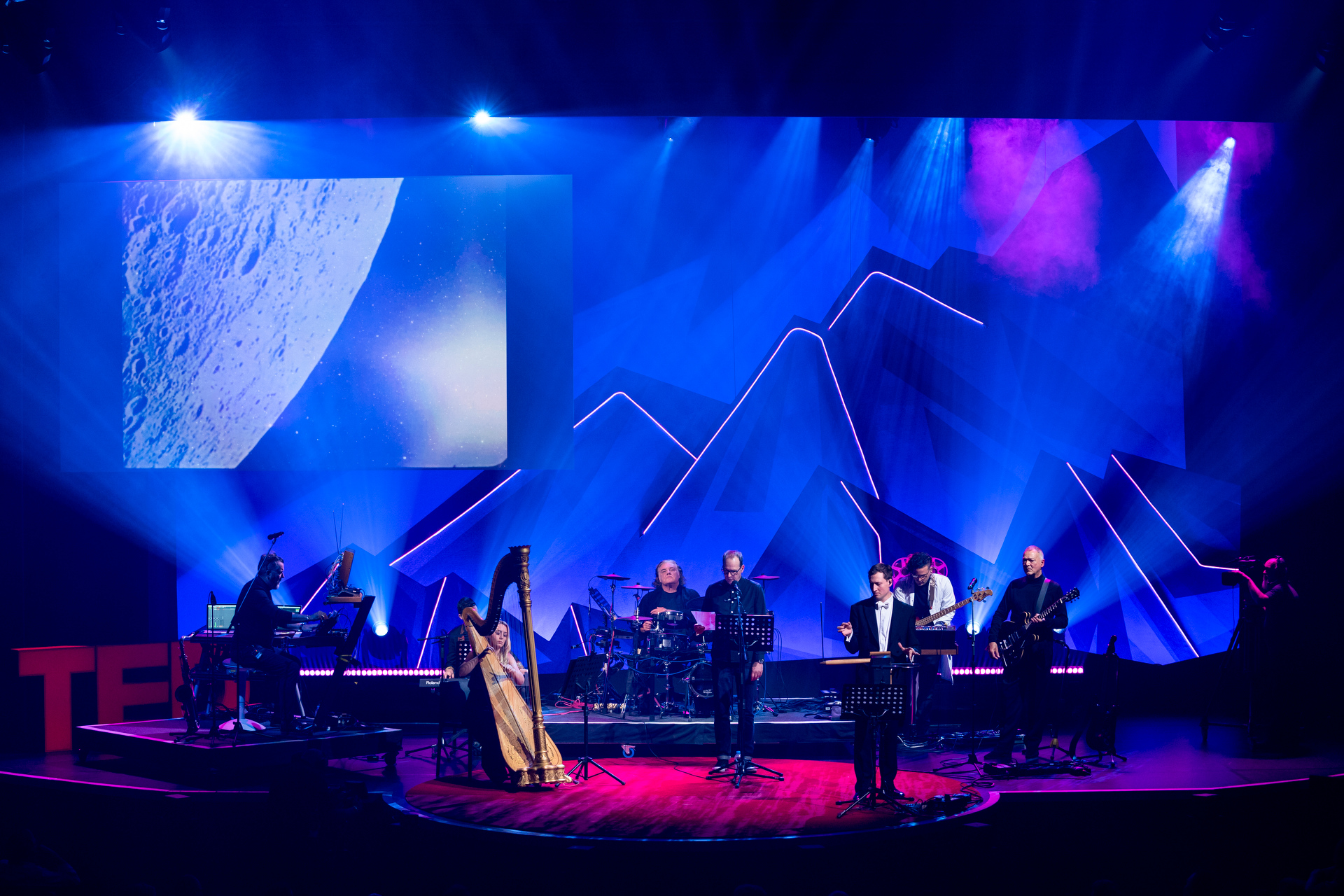 Session 2 of TEDSummit 2019 is all about impact: the actions we can take to solve humanity’s toughest challenges. Speakers and performers explore the perils — from melting glaciers to air pollution — along with some potential fixes — like ocean-going seaweed farms and radical proposals for how we can build the future.

When and where: Monday, July 22, 2019, 5pm BST, at the Edinburgh Convention Centre in Edinburgh, Scotland

… and something completely different: Improv maestro Anthony Veneziale, delivering a made-up-on-the-spot TED Talk based on a deck of slides he’d never seen and an audience-suggested topic: “the power of potatoes.” The result was … surprisingly profound.

Big idea: We must save the Hindu Kush Himalayan glaciers from melting — or else face dire, irreversible consequences for one-fifth of the global population.

Why? The Hindu Kush Himalayan glaciers are the pulse of the planet: their rivers alone supply water to 1.6 billion people, and their melting would massively impact the 240 million people across eight countries within their reach. Think in extremes — more intense rains, flash floods and landslides along with unimaginable destruction and millions of climate refugees. Tshering Togbay telegraphs the future we’re headed towards unless we act fast, calling for a new intergovernmental agency: the Third Pole Council. This council would be tasked with monitoring the glaciers’ health, implementing policies to protect them and, by proxy, the billions of who depend of them.

Fun fact: The Hindu Kush Himalayan glaciers are the world’s third-largest repository of ice (after the North and South poles). They’re known as the “Third Pole” and the “Water Towers of Asia.” 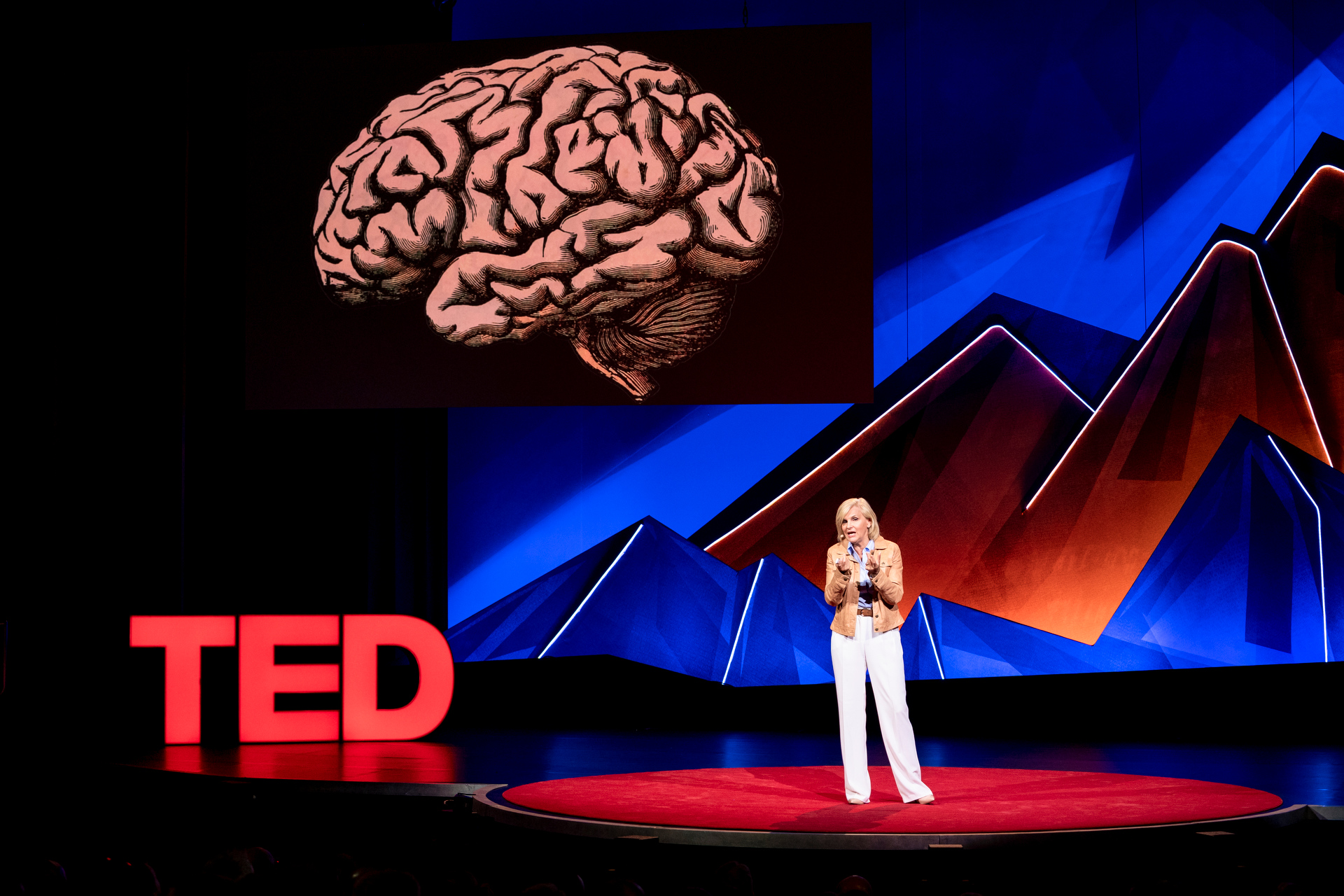 Why? Globally, poor air quality causes seven million premature deaths per year. And all this pollution isn’t just affecting our lungs, says María Neira. An emerging field of research is shedding a light on the link between air pollution and our central nervous systems. The fine particulate matter in air pollution travels through our bloodstreams to our major organs, including the brain — which can slow down neurological development in kids and speed up cognitive decline in adults. In short: air pollution is making us less intelligent. We all have a role to play in curbing air pollution — and we can start by reducing traffic in cities, investing in clean energy and changing the way we consume.

Quote of the talk: “We need to exercise our rights and put pressure on politicians to make sure they will tackle the causes of air pollution. This is the first thing we need to do to protect our health and our beautiful brains.”

How? You know the story: the blanket of CO2 above our heads is driving adverse climate changes and will continue to do so until we get it out of the air (a process known as “drawdown”). Tim Flannery thinks seaweed could help: it grows fast, is made out of productive, photosynthetic tissue and, when sunk more than a kilometer deep into the ocean, can lock up carbon long-term. If we cover nine percent of the ocean surface in seaweed farms, for instance, we could sequester the same amount of CO2 we currently put into the atmosphere. There’s still a lot to figure, Flannery notes —  like how growing seaweed at scale on the ocean surface will affect biodiversity down below — but the drawdown potential is too great to allow uncertainty to stymie progress. 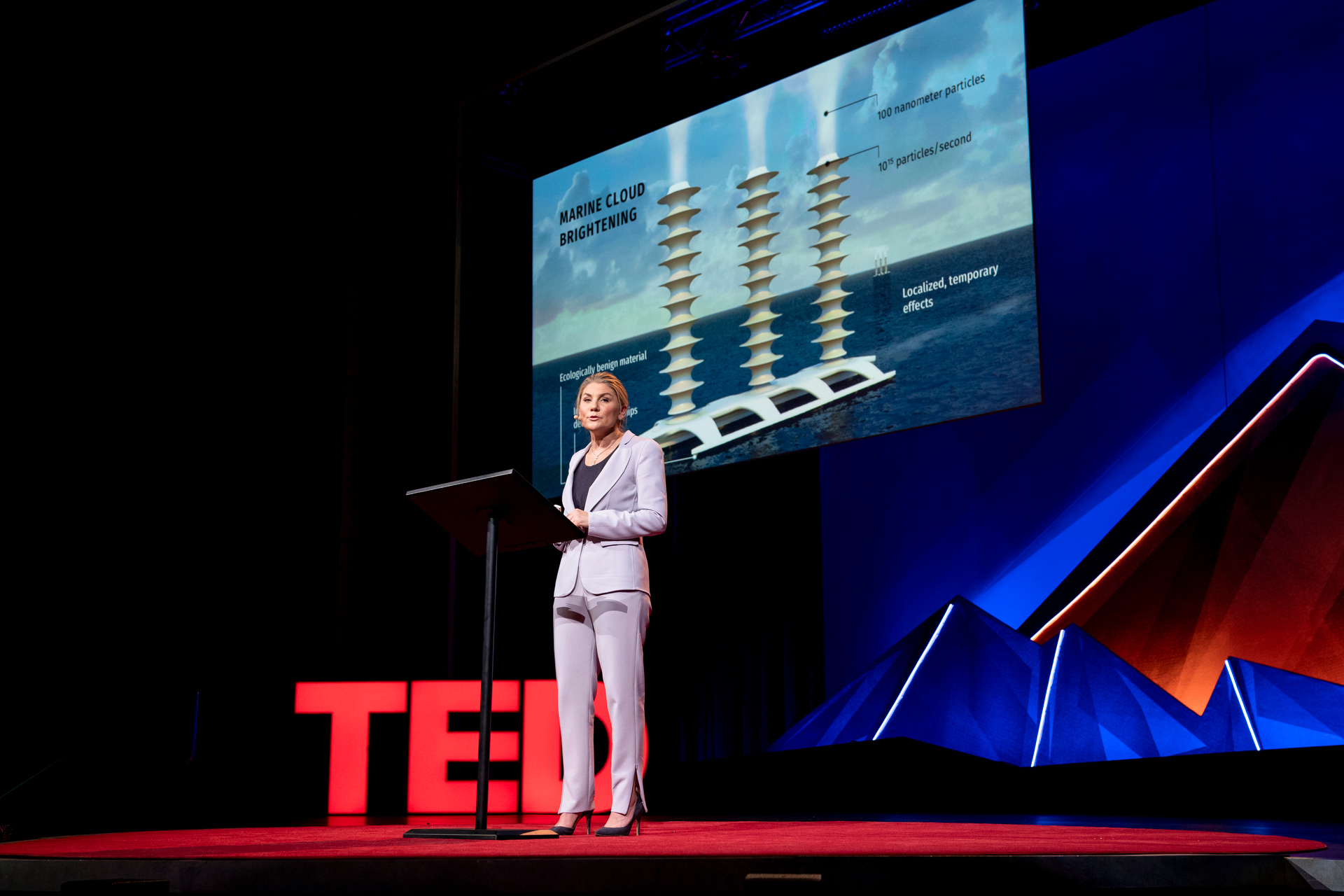 Big idea: The practice of cloud brightening — seeding clouds with sea salt or other particulates to reflect sunshine back into space — could partially offset global warming, giving us crucial time while we figure out game-changing, long-term solutions.

How: Starting in 2020, new global regulations will require ships to cut emissions by 85 percent. This is a good thing, right? Not entirely, says Kelly Wanser. It turns out that when particulate emissions (like those from ships) mix with clouds, they make the clouds brighter — enabling them to reflect sunshine into space and temporarily cool our climate. (Think of it as the ibuprofen for our fevered climate.) Wanser’s team and others are coming up with experiments to see if “cloud-brightening” proves safe and effective; some scientists believe increasing the atmosphere’s reflectivity by one or two percent could offset the two degrees celsius of warming that’s been forecasted for earth. As with other climate interventions, there’s much yet to learn, but the potential benefits make those efforts worth it.

An encouraging fact: The global community has rallied to pull off this kind of atmospheric intervention in the past, with the 1989 Montreal Protocol.

Big idea: Noise in our oceans — from boat motors to seismic surveys — is an acute threat to underwater life. Unless we quiet down, we will irreparably damage marine ecosystems and may even drive some species to extinction.

How? We usually think of noise pollution as a problem in big cities on dry land. But ocean noise may be the culprit behind marine disruptions like whale strandings, fish kills and drops in plankton populations. Fortunately, compared to other climate change solutions, it’s relatively quick and easy to dial down our noise levels and keep our oceans quiet. Better ship propellor design, speed limits near harbors and quieter methods for oil and gas prospecting will all help humans restore peace and quiet to our neighbors in the sea. 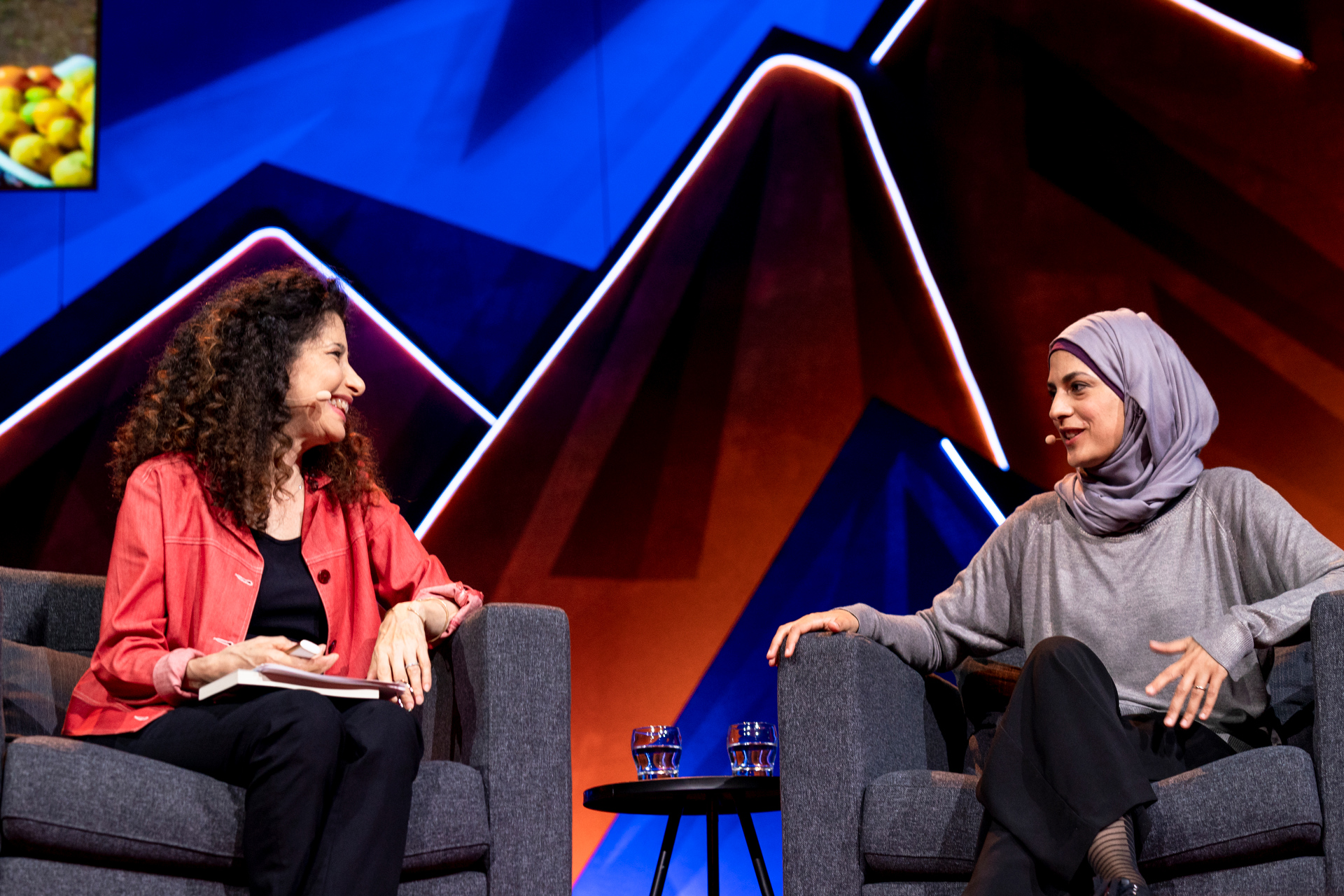 Big idea: Architecture can exacerbate the social disruptions that lead to armed conflict.

How? Since the time of the French Mandate, officials in Syria have shrunk the communal spaces that traditionally united citizens of varying backgrounds. This contributed to a sense of alienation and rootlessness — a volatile cocktail that built conditions for unrest and, eventually, war. Marwa Al-Sabouni, a resident of Homs, Syria, saw firsthand how this unraveled social fabric helped reduce the city to rubble during the civil war. Now, she’s taking part in the city’s slow reconstruction — conducted by citizens with little or no government aid. As she explains in her book The Battle for Home, architects have the power (and the responsibility) to connect a city’s residents to a shared urban identity, rather than to opposing sectarian groups.

Quote of the talk: “Syria had a very unfortunate destiny, but it should be a lesson for the rest of the world: to take notice of how our cities are making us very alienated from each other, and from the place we used to call home.” 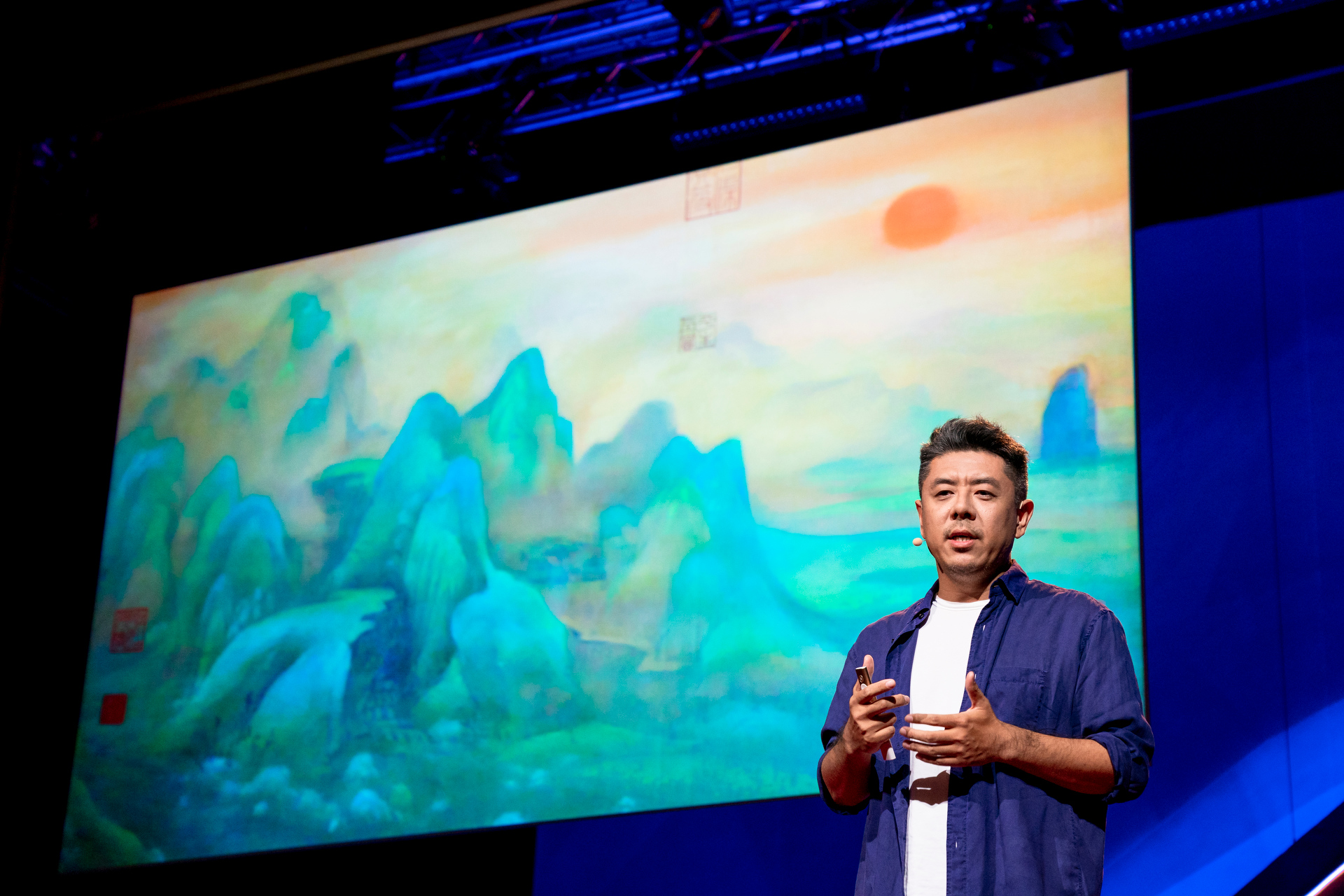 “Architecture is no longer a function or a machine for living. It also reflects the nature around us. It also reflects our soul and the spirit,” says Ma Yansong. He speaks at TEDSummit: A Community Beyond Borders. July 22, 2019, in Edinburgh, Scotland. (Photo: Bret Hartman / TED)

Big Idea: By creating architecture that blends with nature, we can break free from the “matchbox” sameness of many city buildings.

How? Ma Yansong paints a vivid image of what happens when nature collides with architecture — from a pair of curvy skyscrapers that “dance” with each other to buildings that burst out of a village’s mountains like contour lines. Yansong embraces the shapes of nature — which never repeat themselves, he notes — and the randomness of hand-sketched designs, creating a kind of “emotional scenery.” When we think beyond the boxy geometry of modern cities, he says, the results can be breathtaking.