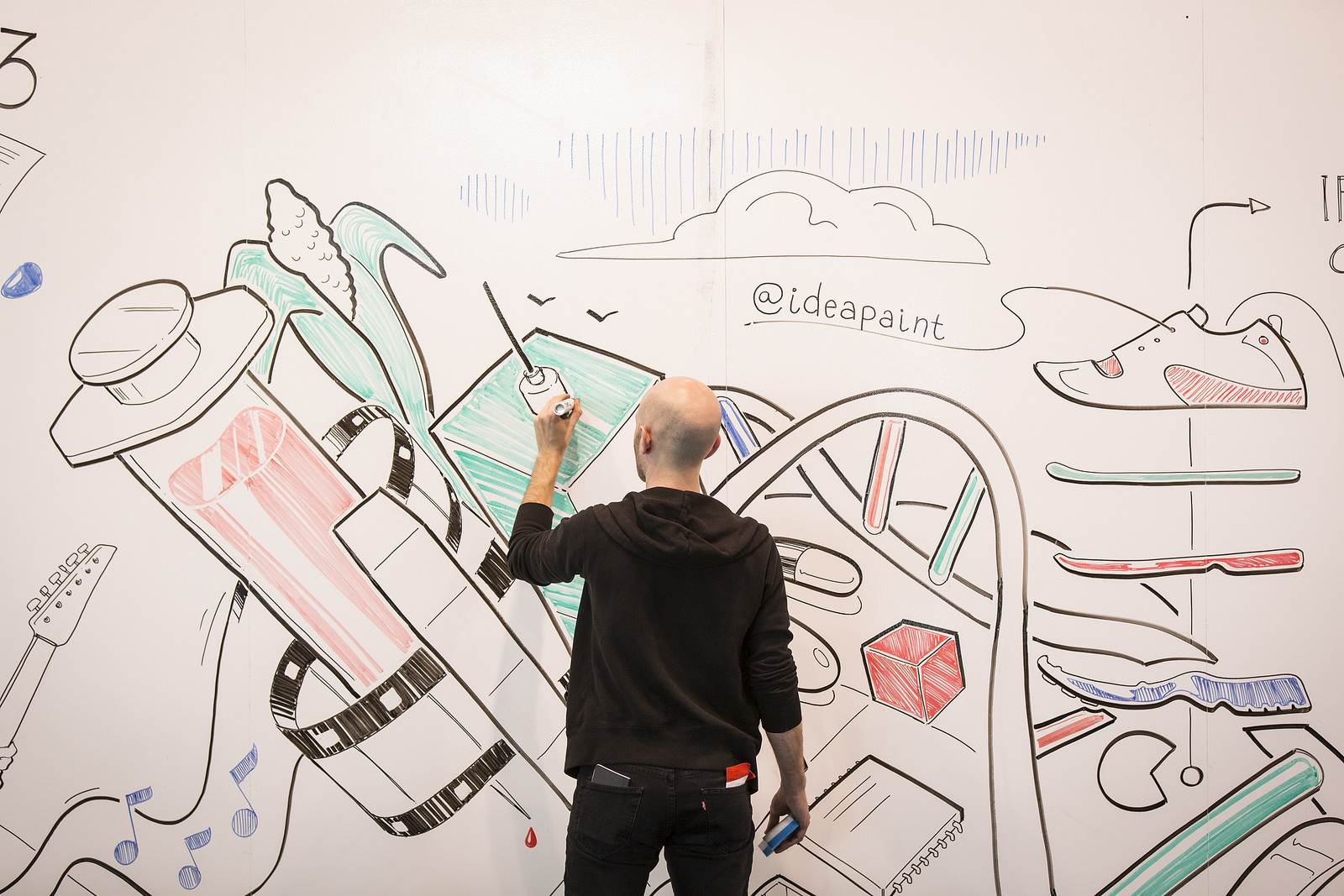 Artist Derek Cascio colors on the walls of the Vancouver Convention Center, thanks to IdeaPaint—which turns any wall into a whiteboard. Photo: Ryan Lash/TED

After a full day of talks, after TEDsters have headed out to after-hour dinners and events, the Vancouver Convention Center is far from empty. In addition to the tech workers and hospitality team who labor through the night to ready the TED stage for a new day of sessions, a single figure is busily at work.

Derek Cascio is a visual artist and industrial designer. He works overnight, mapping out a massive black and white mural onto the walls of the convention center. His chosen medium: dry erase marker. He’s able to draw directly on the walls, thanks to a quick-drying substance called IdeaPaint that turns any surface — painted wall, wallpaper, table, you name it — into a whiteboard.

Cascio gets a sneak peek at a few of the day’s talks, so he can start creating a first layer of illustrations. Then, during the sessions, he invites TEDsters to add to his drawings: astronauts, ballerinas in blindfolds, a bat emitting sound waves.

“This is a group who loves to interact and doodle,” he notes as we watches a ring of conference attendees layer colors, cartoons and graffiti onto his 10- by 20- foot wall-turned-coloring-book. It’s floor-to-ceiling, with all the furniture in between.

Cascio is great at walking potential collaborators through initial hesitation. He knows it’s a bit iconoclastic to encourage people to draw on top of someone else’s work. Not to mention, we’ve all been told not to write on the walls since we first tried as toddlers. But Cascio knows the magic words, which he offers to a TEDster as she pauses in front of the mural: “It’s erasable. If you mess up, you can try it over again.” 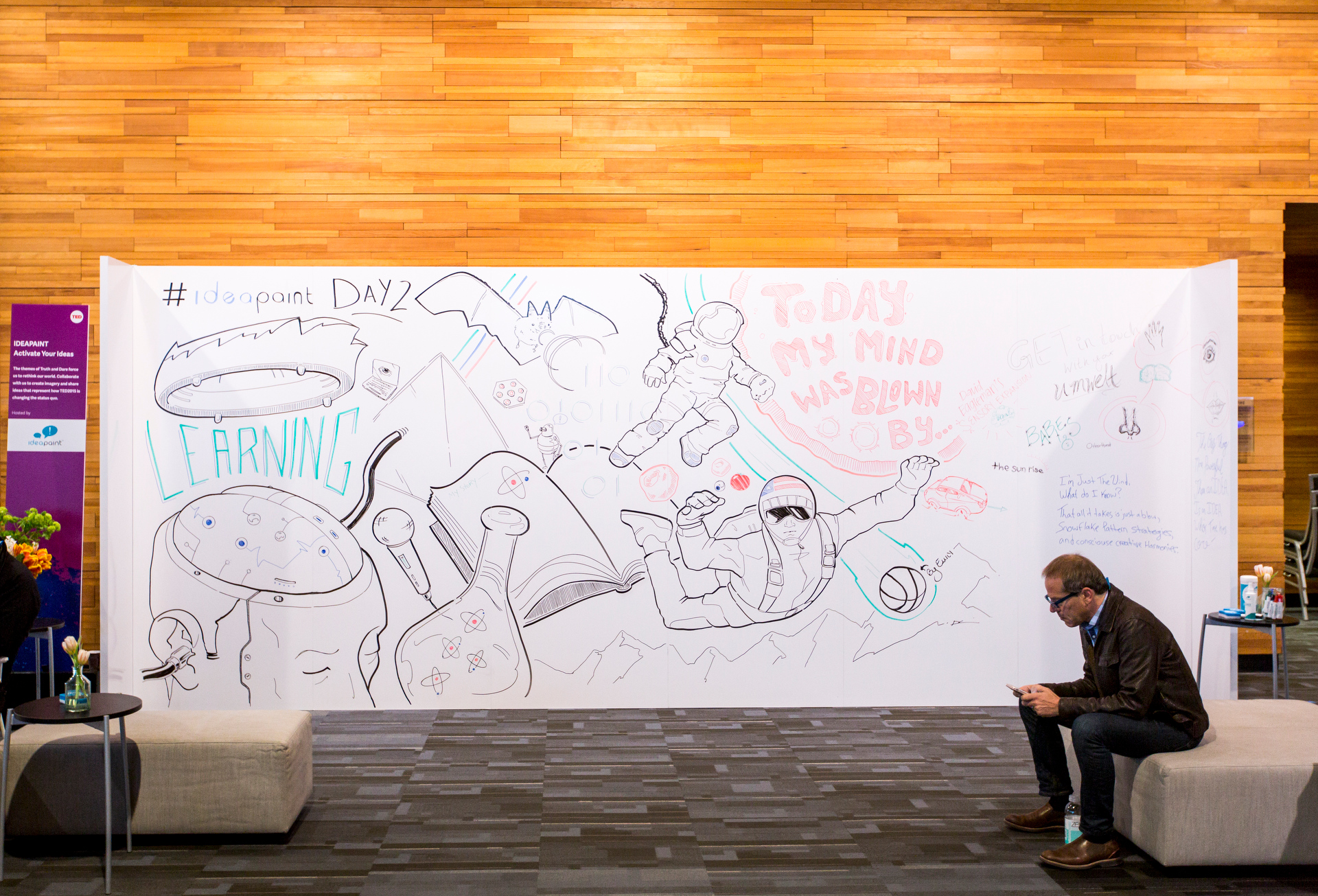 Over at the IdeaPaint wall, attendees are encouraged to draw on the wall and add to Cascio’s designs. Photo: Ryan Lash/TED