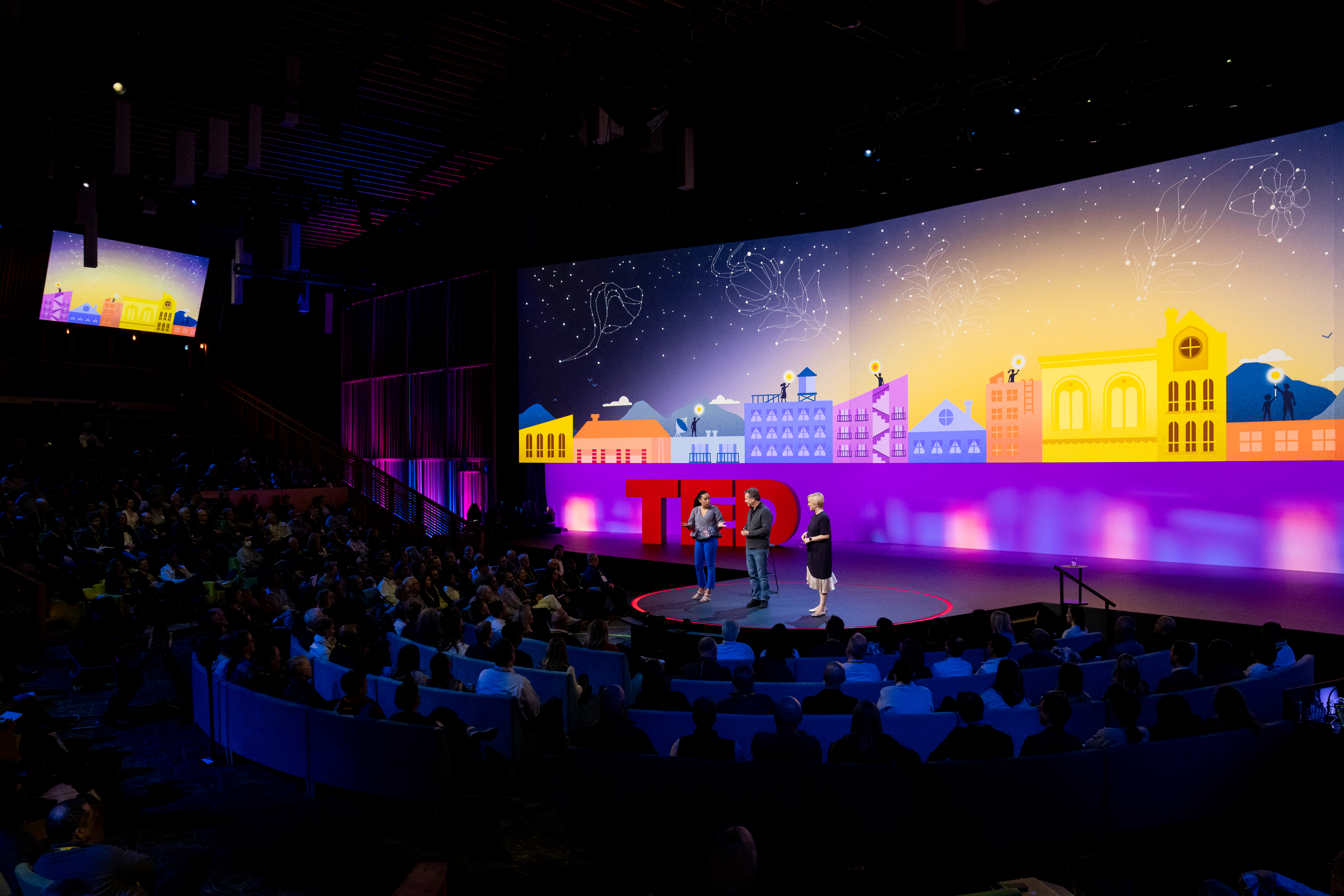 What a week! Eleven mainstage sessions of TED Talks, two sessions of TED Fellows talks, an incredible array of on-site activations, countless Discovery Sessions, parties, dinners and more made TED2022 a triumphant return to Vancouver. The closing session of the conference capped off the week with world-changing ideas from the mountains of Nepal to the Amazon rainforest to Mars and beyond.

When and where: Wednesday, April 14, 2022, at the Vancouver Convention Centre in Vancouver, BC, Canada

Music: With striking vocals and guitar, singer-songwriter Bedouine performed “Nice and Quiet” and “One Of These Days,” fusing her beautiful lyrics and sumptuous melodies.

Conference wrap-up: Poet Sarah Kay and piano virtuoso Samora Pinderhugh sent the conference off with a stirring tribute to the week through the ideas of paying attention, being astonished and telling about it — inspired by Mary Oliver’s iconic poem “Sometimes.” 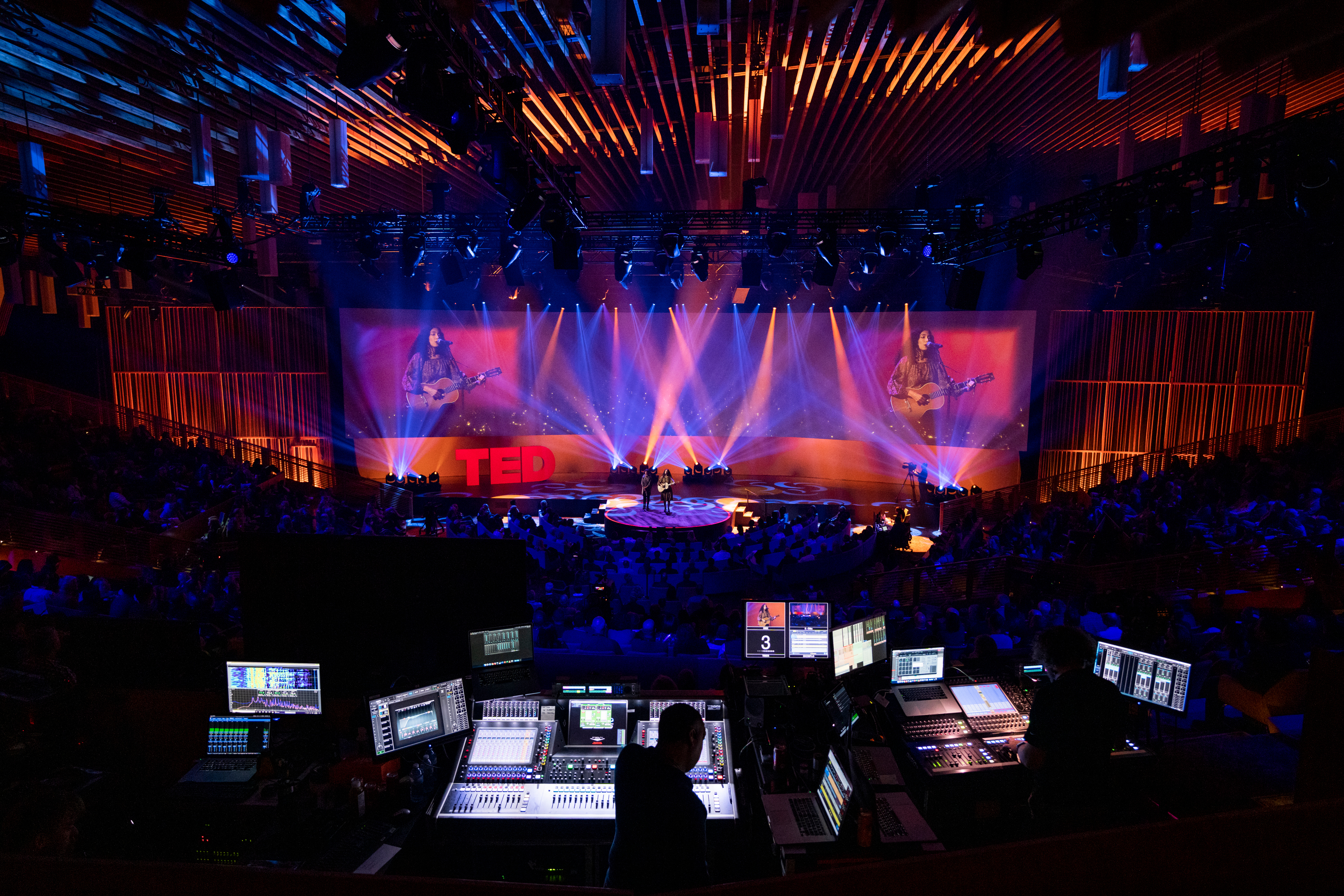 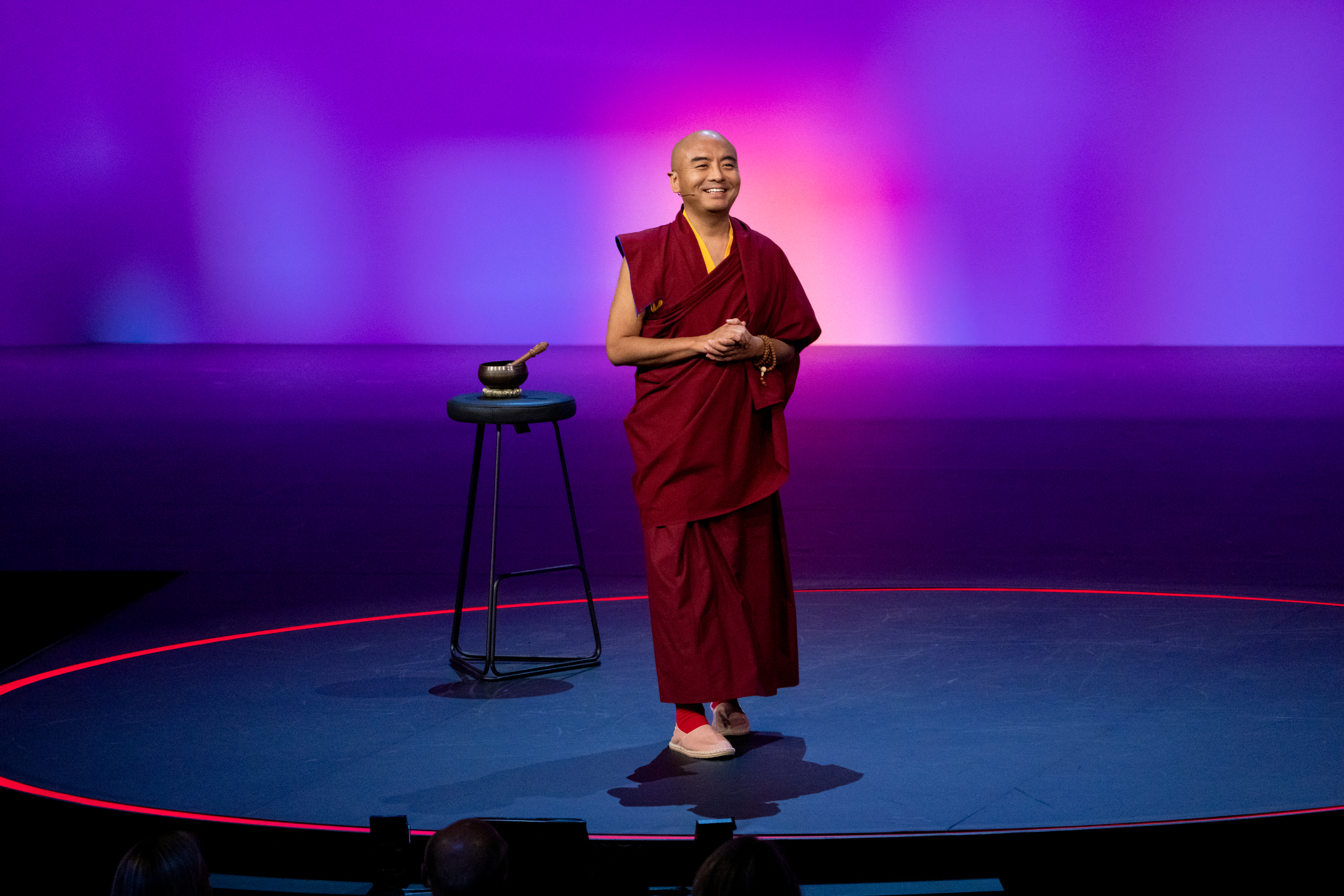 Big idea: Meditation is an act of awareness, wisdom and self-compassion that, if done with patience and acceptance, can bring us the peace and joy that we seek.

How? A blissed-out state of nothingness is often the image we associate with meditation, but Yongey Mingyur Rinpoche knows there’s so much more to it. After dealing with panic attacks for many years, spending time at Tibetan retreats and consulting with his father, a meditation master, he realized that there are a few misunderstandings we have about the practice. We assume, for example, that if we try to force problems out of our minds they’ll go away; we sit lotus in a dead silent room trying to arrive at peace and calm, only to find that the more we go looking for them, the more difficult they are to find. Inviting us to adopt a more fulfilling approach to meditating, Rinpoche shares three core principles that could help us tap into our inner zen:
with awareness, the “essence” of meditation, we could engage with the world through sensory stimuli — like sound — to be present in any moment; with wisdom, we could realize that no matter how strongly negative emotions affect us, there’s always a state of calm to return to; and finally, with self-compassion, we could give ourselves the grace to let negativity come and go, and become better equipped to handle the challenges of day-to-day life. Conjuring up an image of mother nature, he calls on us to remember our inner strength. 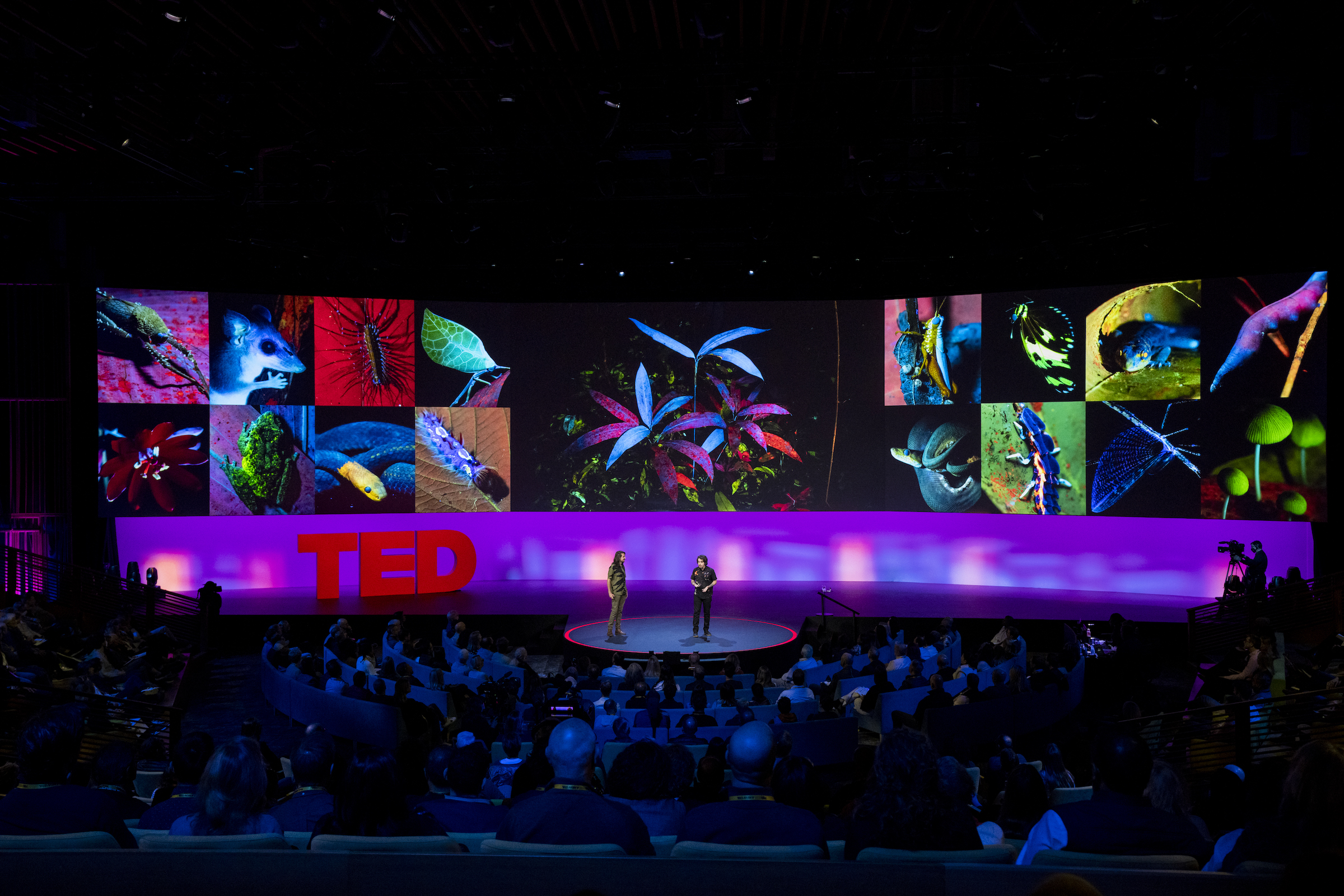 Big idea: We lack efficient tools to survey parts of Amazonia, where the core of the world’s biodiversity (like more than 2,500 species of mantises) can be found or is yet to be discovered. By employing creative uses of technology as part of contemporary science practices, scientists like the environmental conservation group Projeto Mantis, can explore the Amazon’s biodiversity and help preserve it for future generations.

How? Two winners of the TED Idea Search: Latin America 2021, Leo Lanna and Lvcas Fiat work at the intersection of science, conservation and design to learn about the Amazon. Through Projeto Mantis, an independent agency devoted to research, conservation and wildlife photography, Lanna and Fiat are devoted to studying praying mantises and their environment. Their approach may be unconventional in philosophy — Lanna and Fiat live closely with the insects and look after every mantis collected for research until its natural death — but it’s also innovative in technique, as Projeto Mantis attempts to explore the Amazon using modern technology, like drones, UV light and nighttime explorations to learn about the world that emerges when the sun goes down. Thankfully, Lanna and Fiat do not fear the dark. Instead, they are alarmed by the rapid destruction of the rainforest. By marrying technology, art and science, the two believe “the age of exploration on planet Earth is far from over. And in the nights of the rainforests, it is just beginning.” 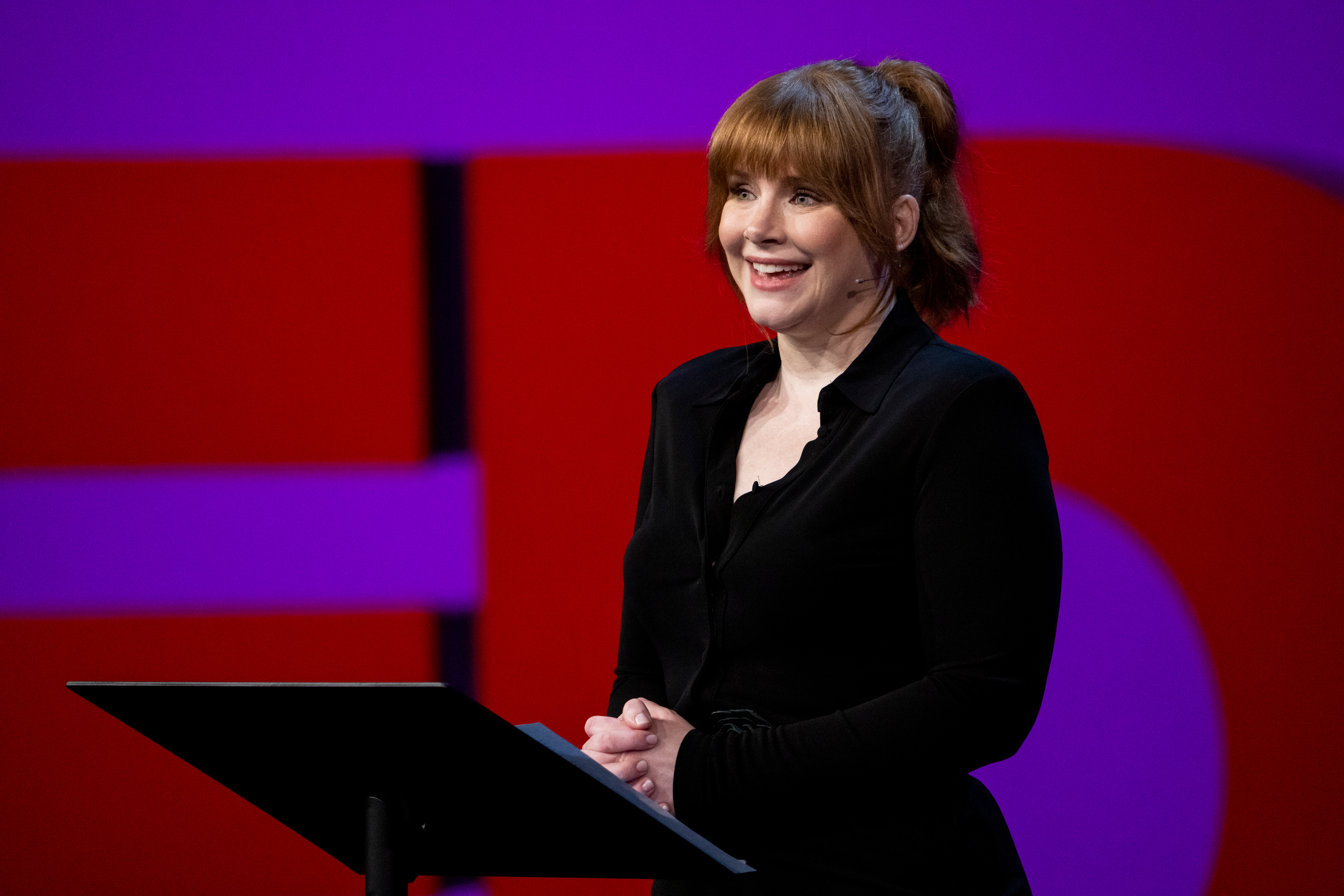 Big idea: As anyone who has experienced fame knows, private life is precious. In the social media age, we should all protect and cultivate our private lives with the same enthusiasm that we post and promote in public.

How? All of us live in public now, says actor and filmmaker Bryce Dallas Howard — but some more willingly than others. Howard’s father was a star in The Andy Griffith Show, so she grew up with the same feeling of exposure that so many of us now experience because of social media. From assigning rustic chores like sheep-shearing to covering the mirrors in the house, Howard’s mother took extreme measures to protect her children from the perils of their father’s fame. Along the way, she taught Howard the secret to living a fulfilling life in the public eye. From her, Howard learned it is our private lives that make our public lives worth living. Inspired by this philosophy, Howard now protects her private life with two simple rules: 1) whatever you are experiencing, soak it in for 48 hours before posting or sharing, and 2) keep yourself honest by asking “why” before you decide to share. 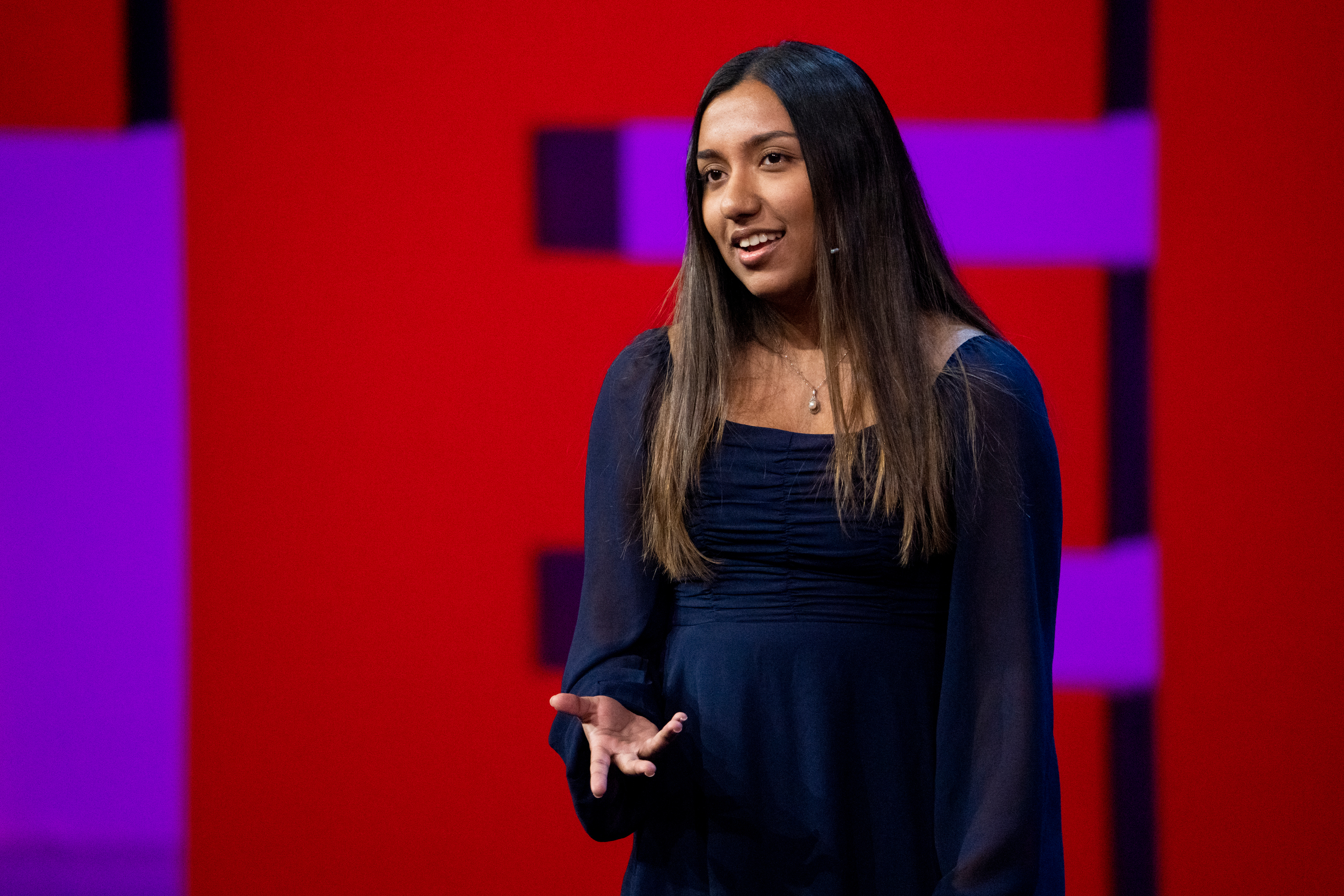 Big idea: The solution to political polarization? Listen to opposing perspectives and talk to people with whom you disagree.

How? Most of us have a tendency to gravitate toward people who look, think and act like us. This affinity can offer comfort — but it can also be harmful, says 17-year-old youth leader Shreya Joshi. The negative impact is clear across society: hate groups, screaming cable news pundits and politicians who strike down bills just because they come from across the aisle. But the root of this polarization isn’t just a difference of opinion, Joshi says: it’s the product of seeing the “other side” as malevolent, hateful and holding a hidden agenda. That’s why Joshi launched Project TEAL, a teen-led initiative dedicated to helping young people engage with the political process and bring people with opposing perspectives into the same room. While the conversations can get uncomfortable, she admits, the benefits are enormous: we better understand other people’s beliefs and learn to better advocate for our own. So look for a group — whether it’s with coworkers, a book club at your library or a PTA group at your school — and have a tough conversation. You might be surprised by what happens when you enter a conversation with the intent to listen and learn, not to win or agree. 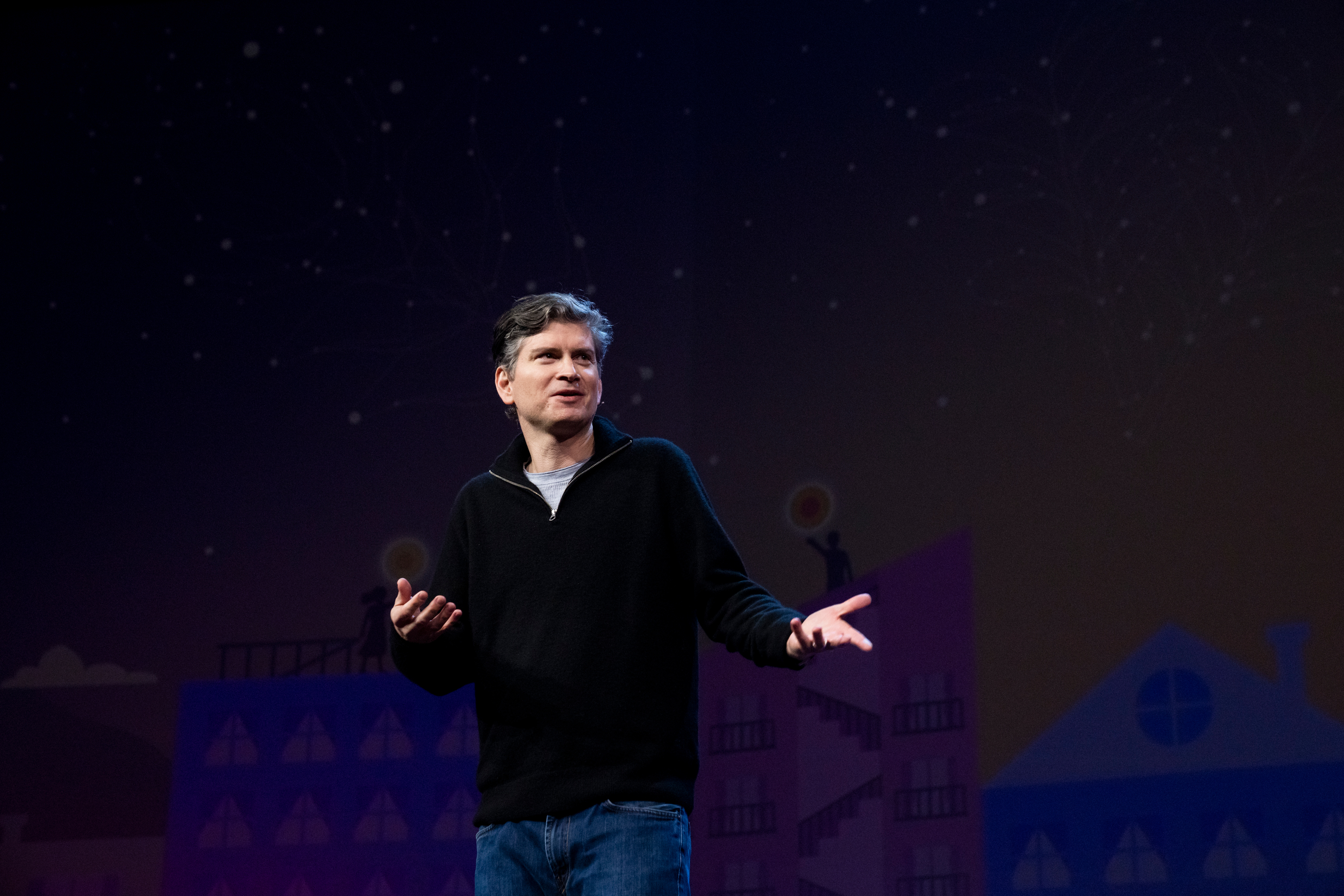 How? In 2005, TV writer and producer Michael Schur and his wife got into a fender bender. No one was hurt, and both cars looked fine, but a few days after the accident, the man whose car they bumped sent them a bill for 836 dollars to replace his entire fender. The incident incensed Schur, who didn’t want to pay for a mark he could barely see, but it also sent him down a rabbit hole into the realm of ethical decision-making. He consulted heavy-hitting philosophers like Kant, T.M. Scanlon and John Stuart Mill and explored their schools of thought. After much research, Schur realized he was in the wrong; he apologized and paid the man. But his story illustrates what we can all learn from ethical theories about right and wrong — and what we owe one another as people who share the planet. 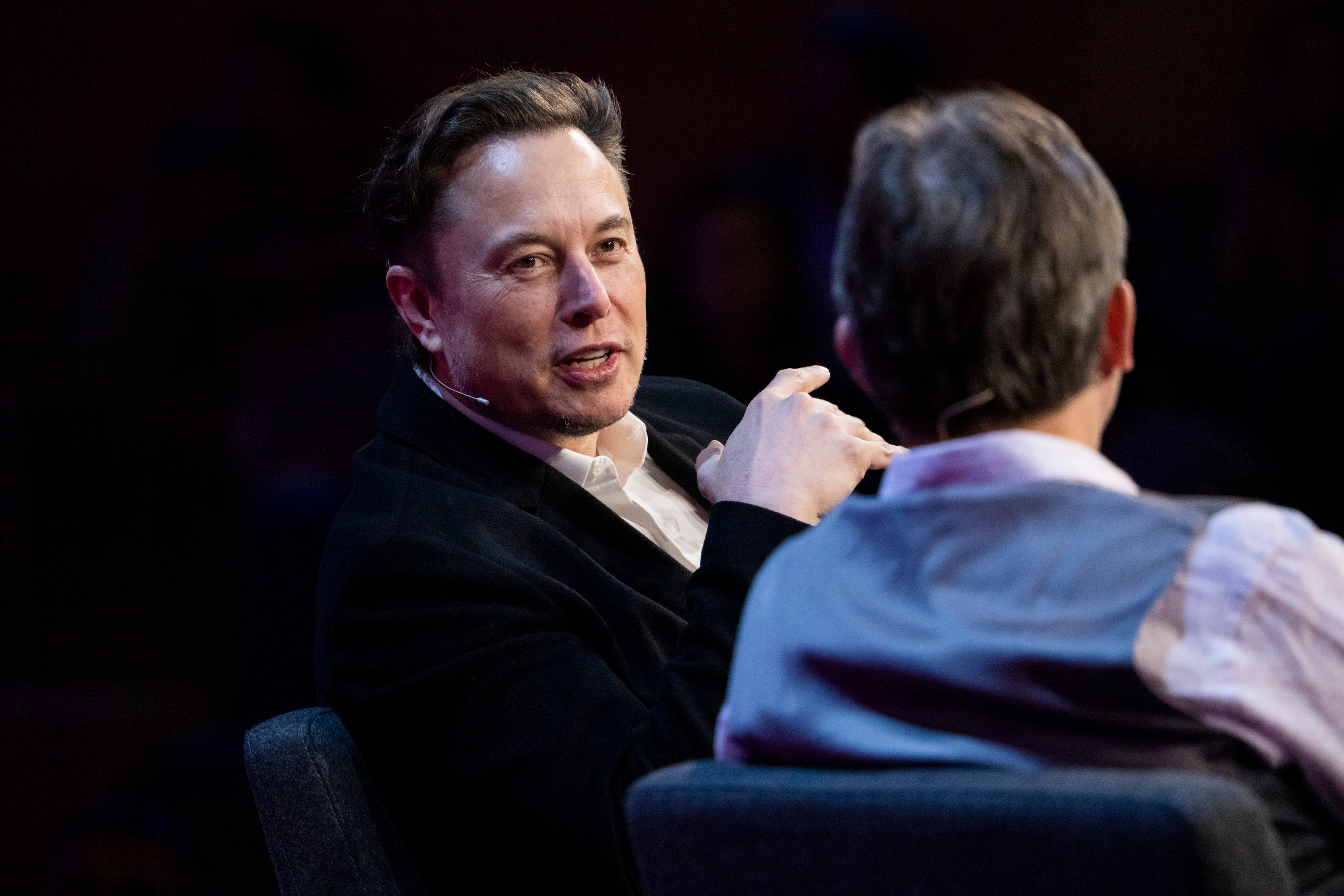 In conversation with head of TED Chris Anderson, Elon Musk digs into the recent news around his bid to purchase Twitter and gets honest about the biggest regret of his career, how his brain works, the future he envisions for the world and a lot more. Watch the unedited interview here » 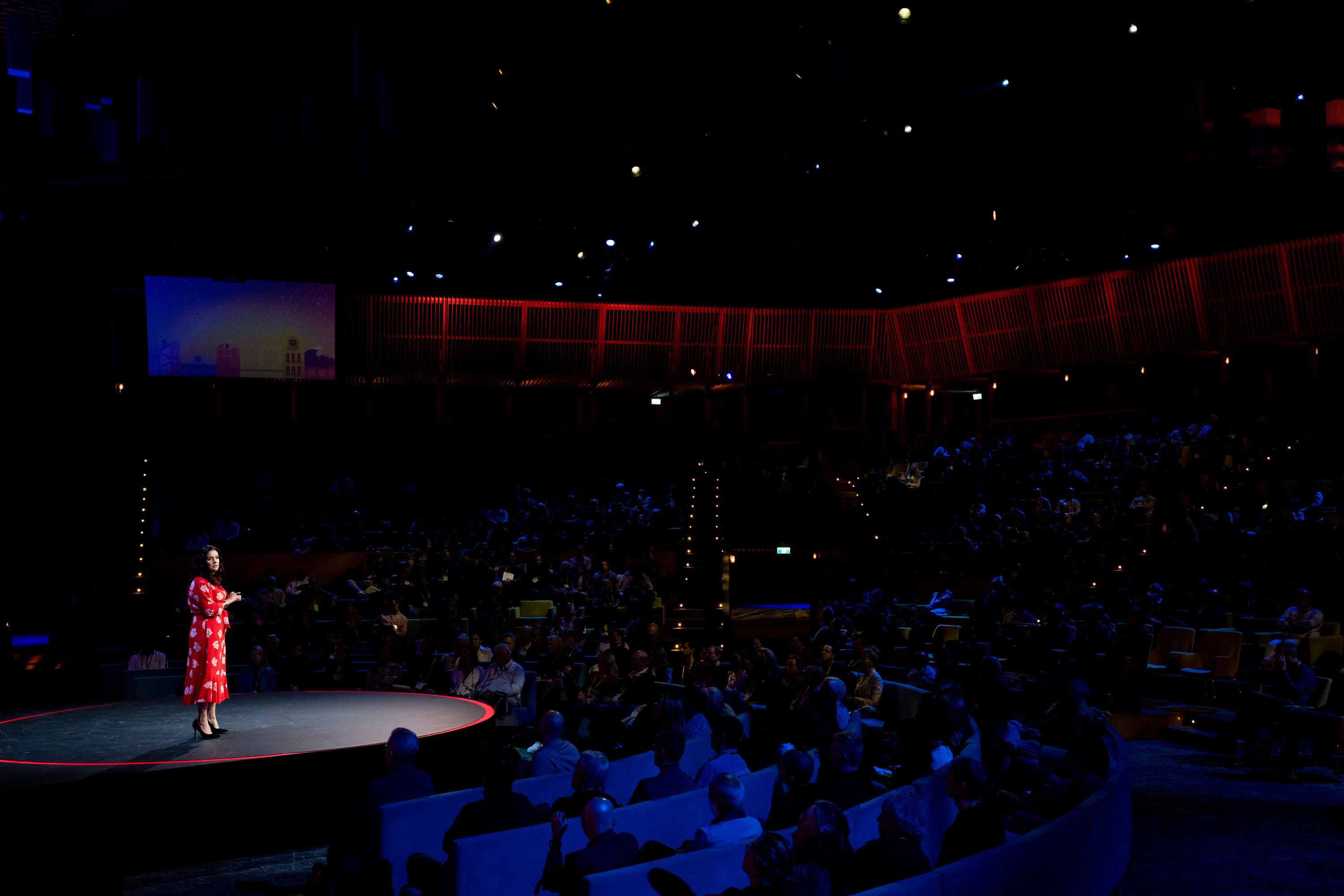 Big idea: Often, philanthropy is imbalanced, with a select few deciding which people or what projects should (or shouldn’t) get funding. By democratizing philanthropy through “collective giving” — a people-powered, inclusive model that invites everyday donors to participate– we can make giving back an intentional, collaborative, joyful and accessible process.

How? Sara Lomelin is the founding CEO of Philanthropy Together, a global initiative that works to disrupt philanthropy through collective giving. Lomelin is a proponent of giving circles — a gathering of people with shared values (like friends, family or colleagues) who come together to make change. There are all kinds of circles — artist circles, circles focused on climate change, circles with Latinx LGBTQ+ folks, Black men’s giving circles. The philosophy is that anyone can be a donor, no matter their identity, background or wealth status. The key in hosting a circle lies in taking the time to build deep relationships by cultivating a sense of belonging, a culture of discourse and a sense of trust and abundance. Whether members are giving five dollars or 50,000, collective circles are successful, meeting year over year, because people realize that together we have a much bigger impact. “Giving by, for, and with the communities we represent is the future of philanthropy — and each and every one of us belong in this movement,” Lomelin says. 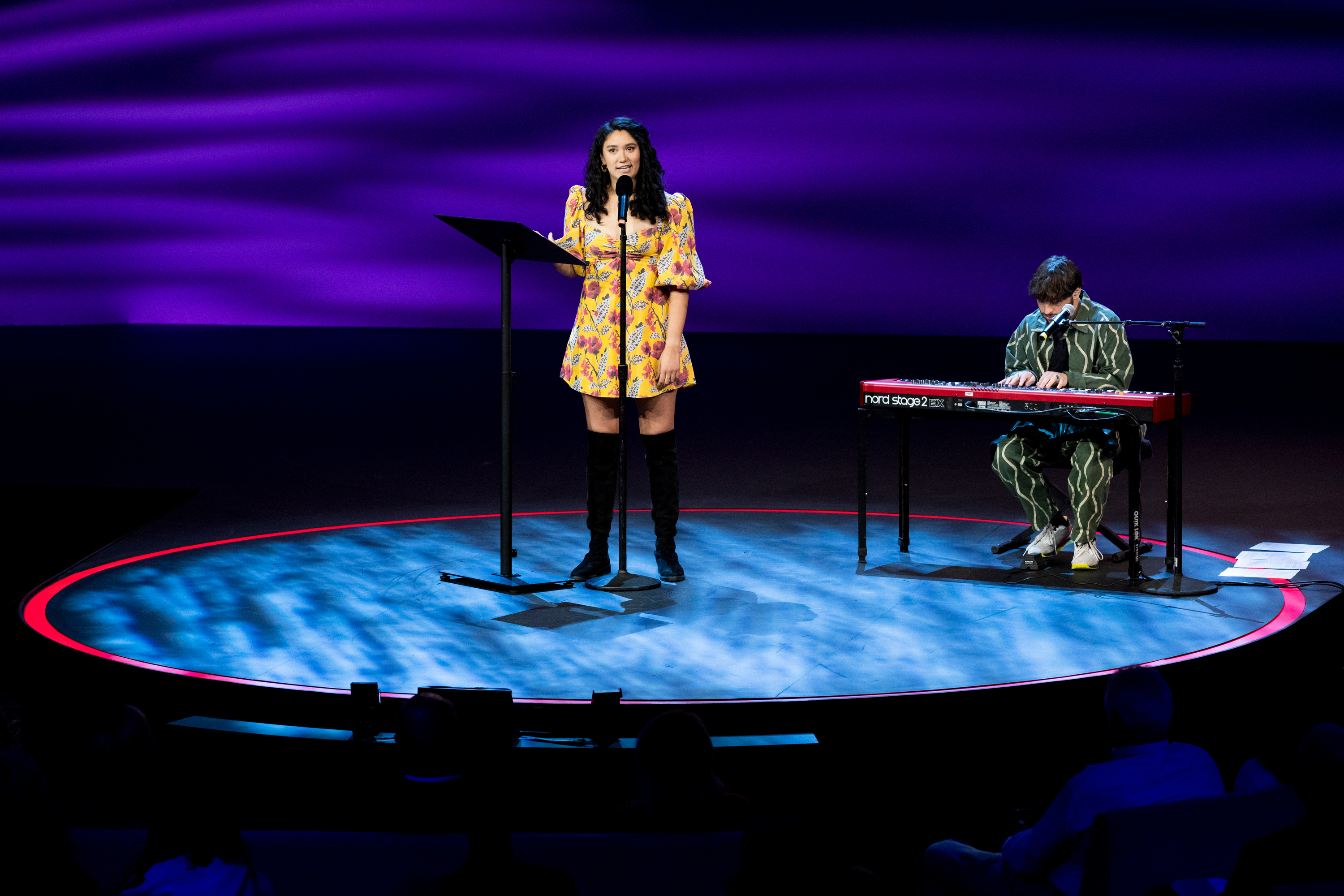