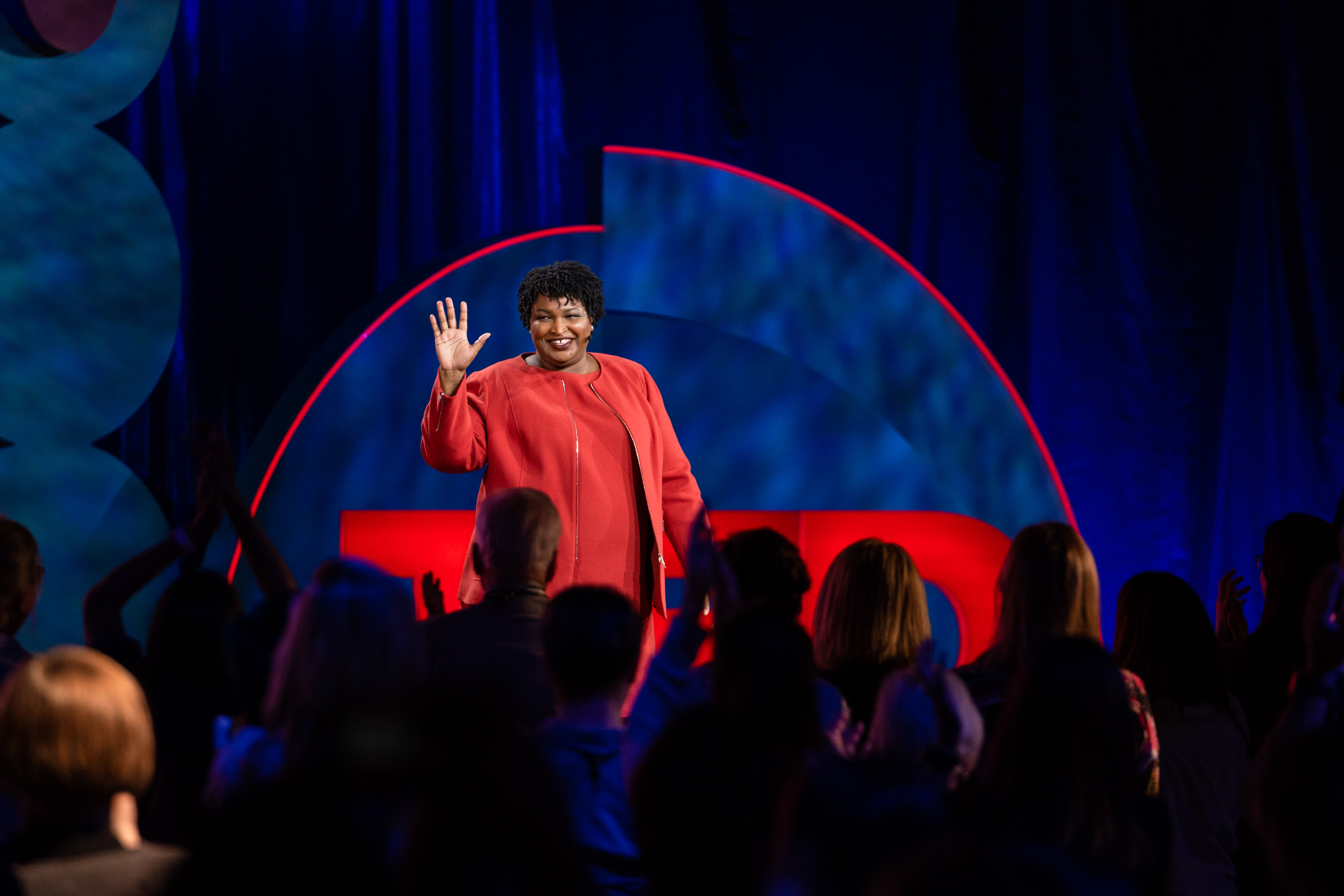 “I am moving forward knowing what is in my past. I know the obstacles they have for me. I’m fairly certain they’re energizing and creating new obstacles now,” says Stacey Abrams. “They’ve got four years to figure it out. Maybe two.” She speaks at TEDWomen 2018: Showing Up, November 30, 2018, in Palm Springs, California. (Photo: Marla Aufmuth / TED)

Stacey Abrams’s 2018 campaign for governor of Georgia was watched across the world. The first black woman to be nominated by a major party for governor, she lost after a hard-fought race. Now she’s the surprise speaker onstage at TEDWomen 2018, where, in an electrifying talk, she shares the lessons she learned from her campaign, advice on how to move forward through setbacks — and some hints at what her future might be.

Back when Abrams was 17 and the valedictorian of her high school, she was invited to meet the governor of Georgia with her parents. They took the bus, and as they walked up past the lines of other students’ arriving cars, the guard outside stopped them. Judging them by the bus they’d arrived on, he told her and her parents that they didn’t belong there that day. Abrams doesn’t remember actually meeting the governor or her fellow valedictorians. “The only clear memory I have from that day was a man standing in front of the most powerful place in Georgia, looking at me and telling me I don’t belong,” Abrams says. “And so I decided to be the person who got to open the gates.”

It didn’t work out that way this time, Abrams says, and now she’s tasked with figuring out what to do next. “I’m going to do what I’ve always done,” she says. “I’m going to move forward, because going backwards isn’t an option and standing still is not enough.”

We should ask ourselves three questions about everything we do, Abrams says: What do I want? Why do I want it? And how do I get it?

“I know what I want, and that is justice, because poverty is immoral and a stain on our nation,” Abrams says.

Finally, understand how you’re going to do it. For Abrams, that meant turning out 1.2 million African American voters in Georgia — more voters than the entire amount who voted on the Democratic side of the ticket in 2014. And it meant tripling the number of Asian and Hispanic Americans who stood up and said: “This is our state, too.”

The obstacles — the debt, the fear, the fatigue — aren’t insurmountable, Abrams says, but there’s more work to be done.

“I am moving forward knowing what is in my past. I know the obstacles they have for me. I’m fairly certain they’re energizing and creating new obstacles now,” Abrams says. “They’ve got four years to figure it out. Maybe two.”