For TED2015, we have returned to Vancouver — bringing thinkers, dreamers and mavericks together to talk about our world and what’s coming next. Our logo on the Vancouver Convention Centre echoes the enormous globe in the entrance. Photo: Bret Hartman/TED 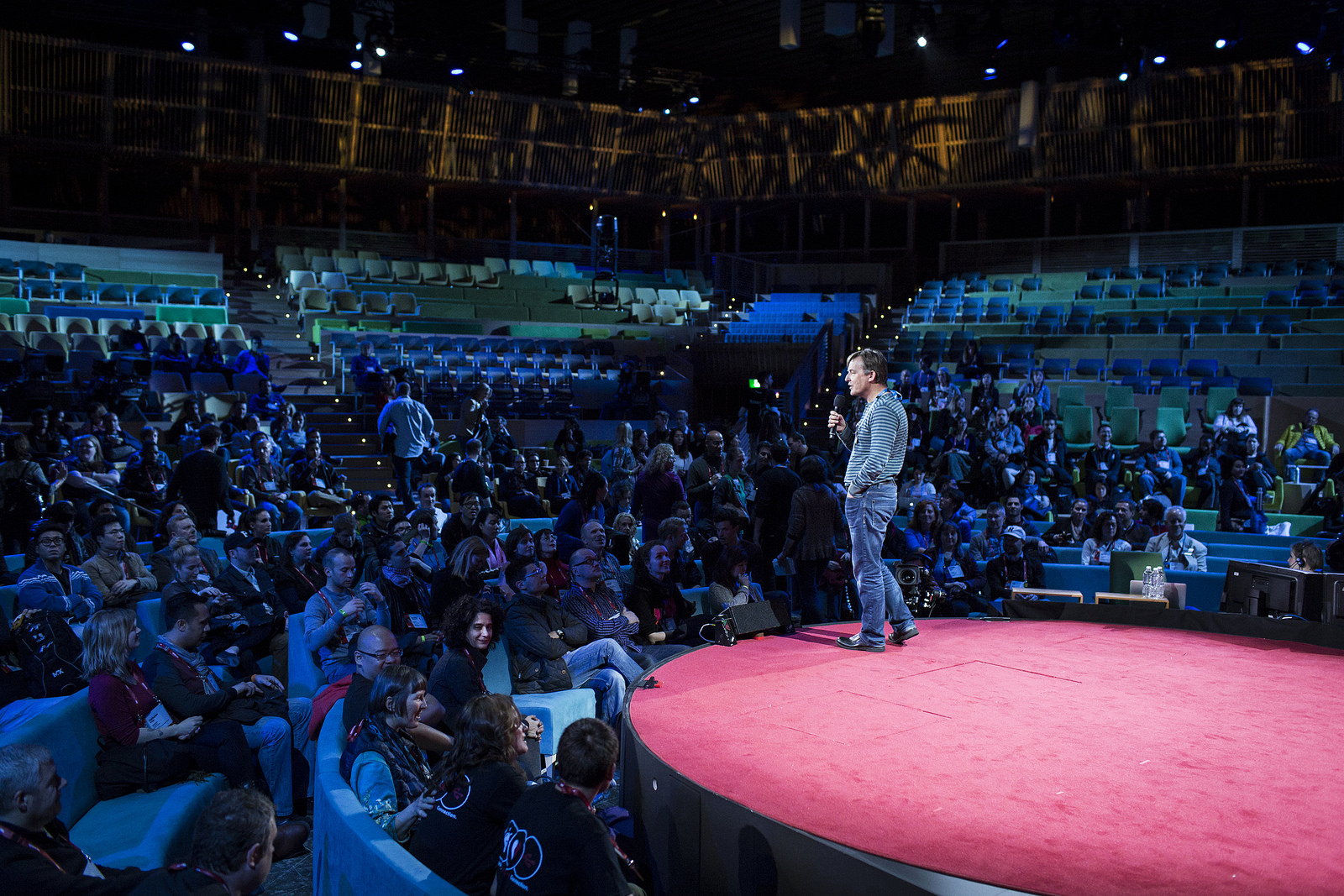 TED Curator Chris Anderson addresses a group of TEDx organizers, from communities all across the globe. At this weekend’s TEDx workshop, they got to ask Anderson questions like, “What’s your favorite TED Talk?” Photo: James Duncan Davidson/TED 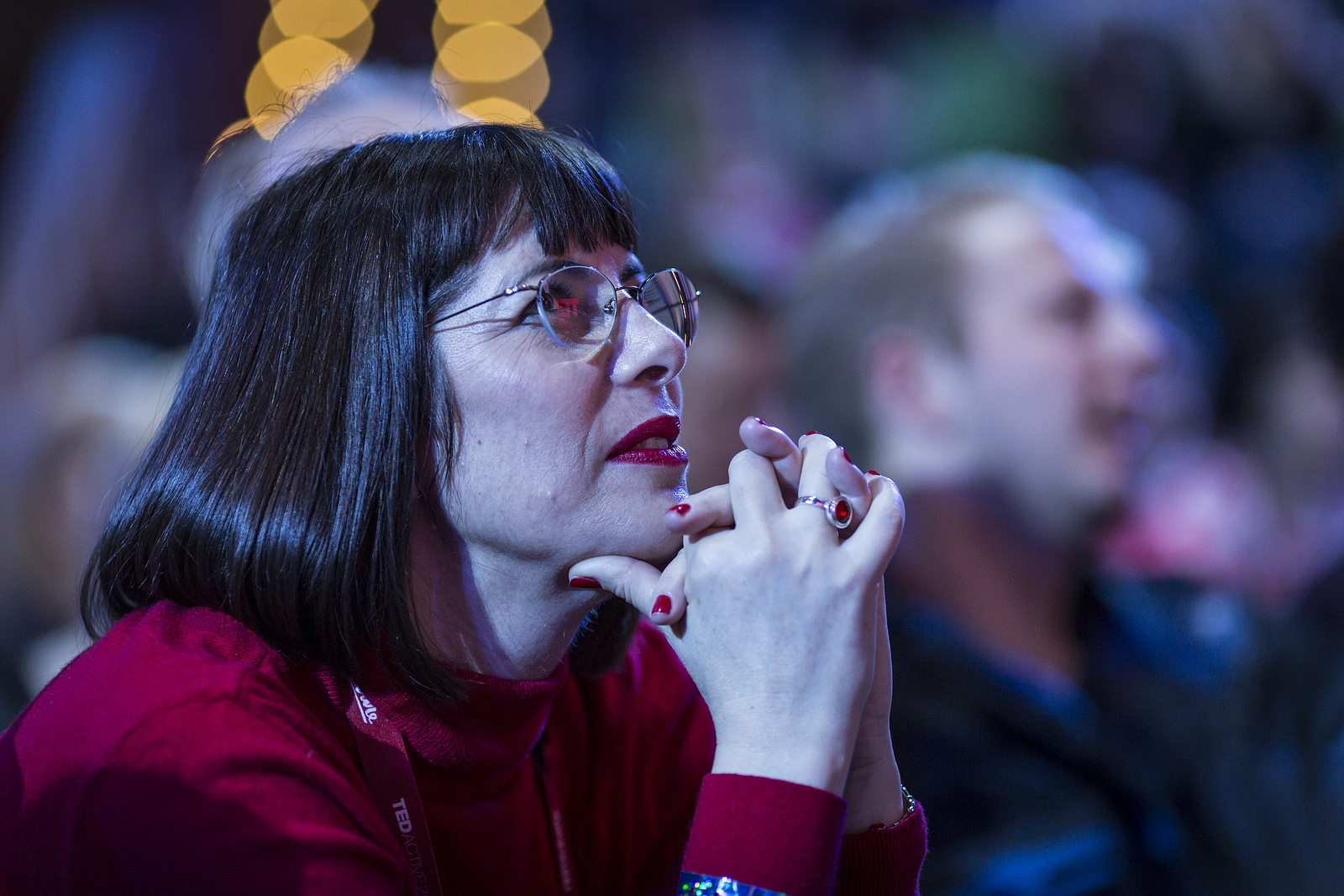 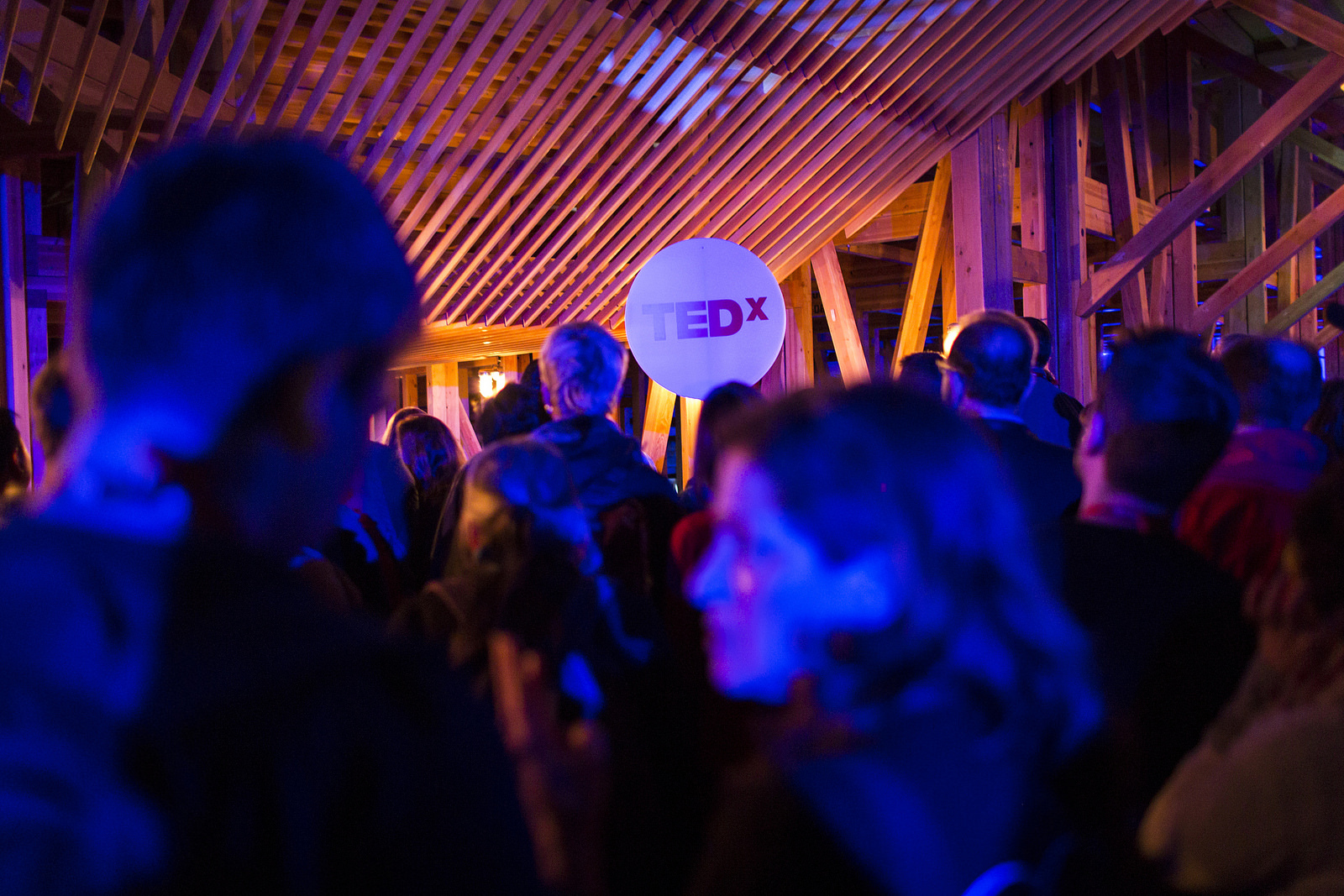 TEDx organizers make their way into the theater to get a sneak peek of Alan Eustace’s TED Talk. The wood around them is local Douglas fir. Photo: James Duncan Davidson/TED 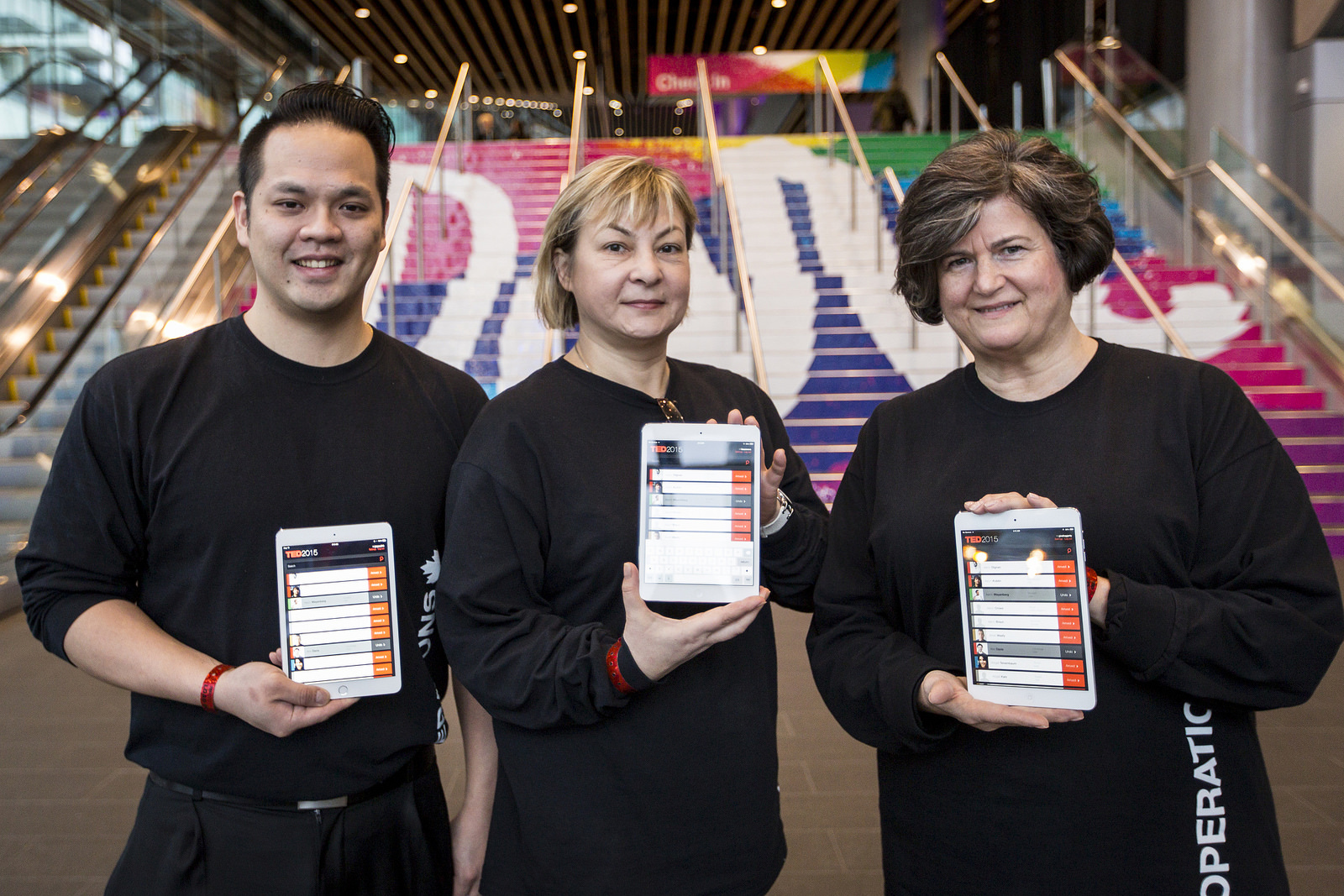 At our registration desk, an app helps the check-in team know when attendees have arrived. These operations staffers pose in front of the “Dare” stairs, at the entrance to TED2015. Photo: Ryan Lash/TED 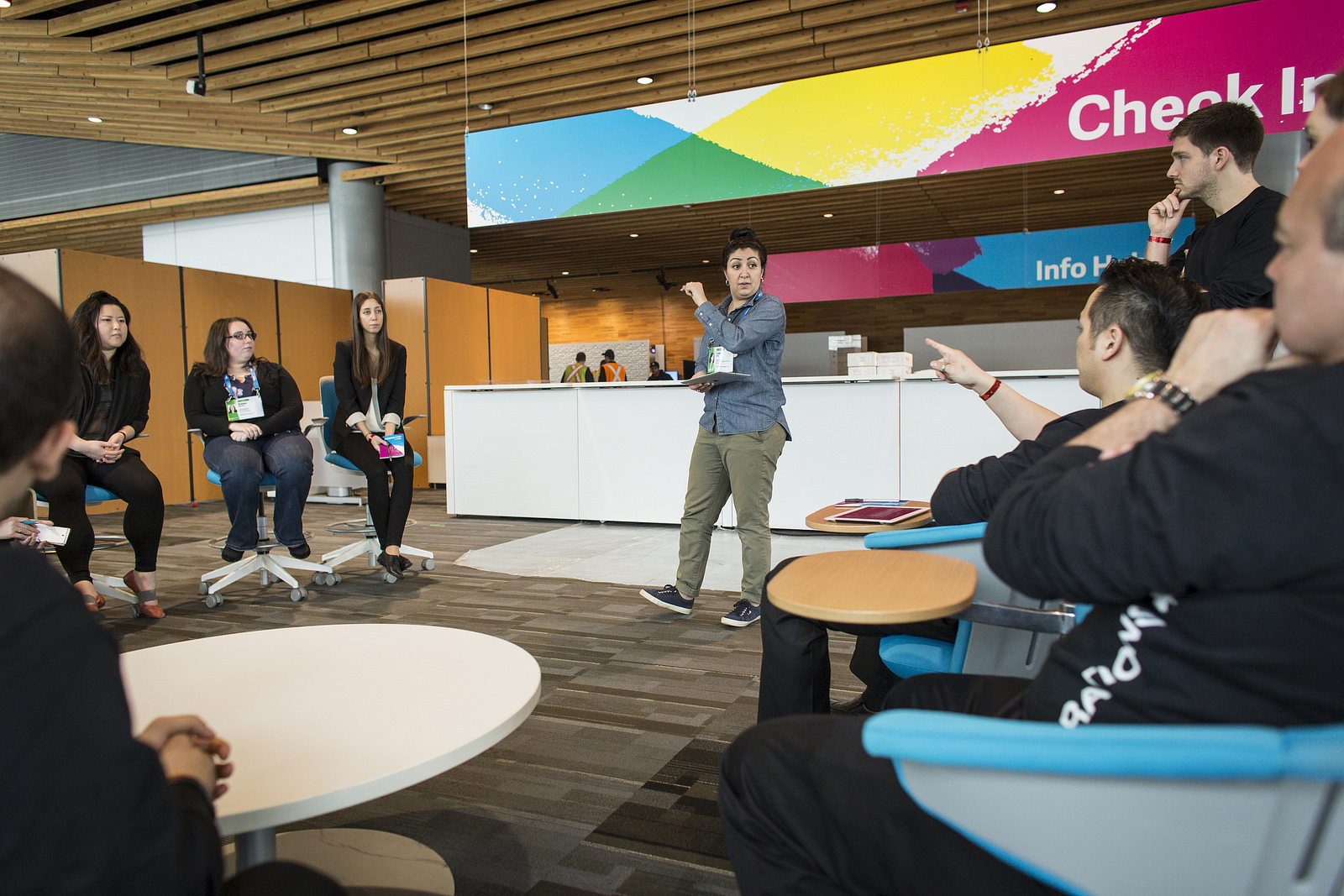 TED staffer Ladan Wise gives a briefing to the registration team about how to make their work flow as seamlessly as possible. Photo: Ryan Lash/TED 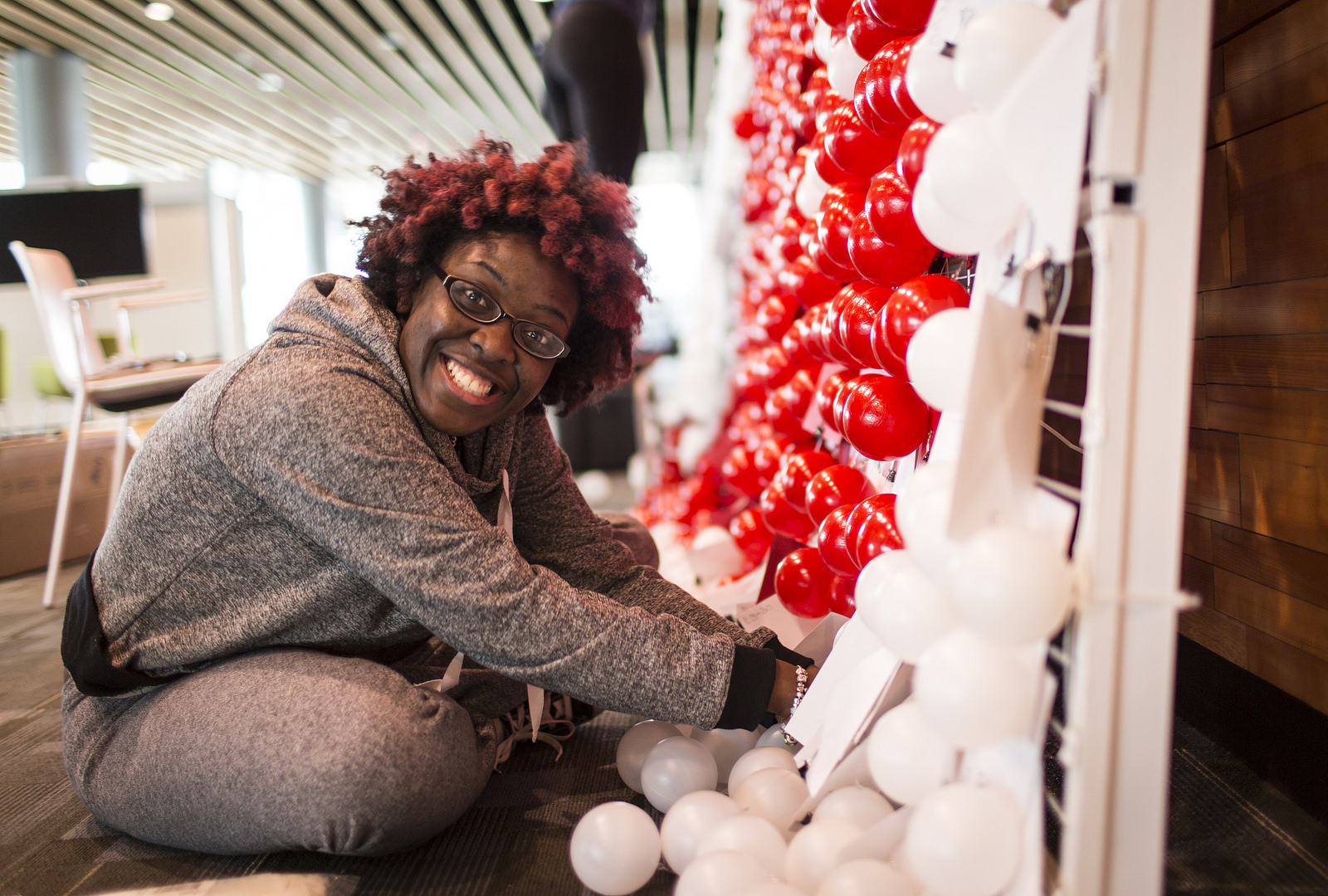 A crew member works on a whimsical sculpture that will eventually hang over Target’s The Daring Truth Cafe. Photo: James Duncan Davidson/TED 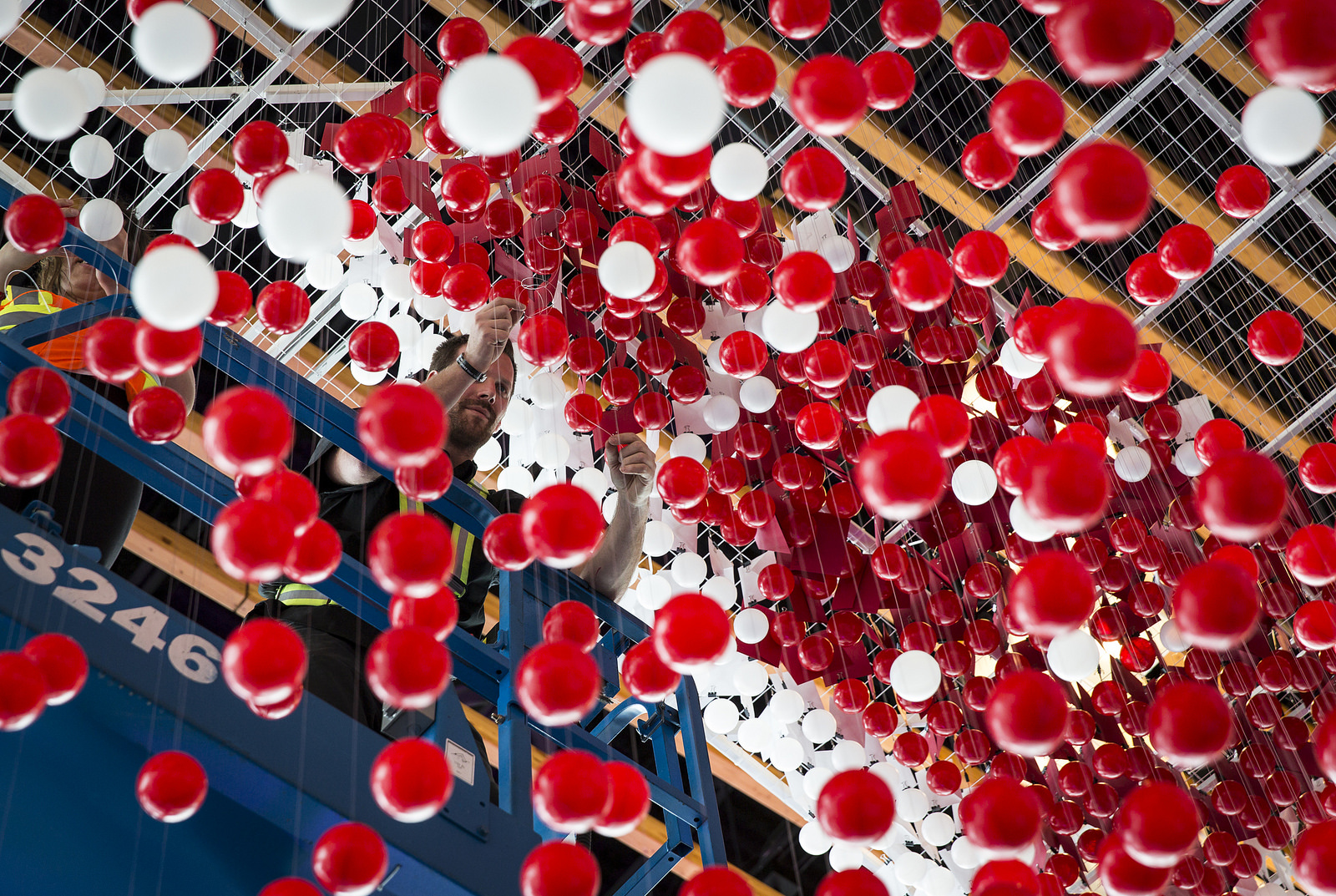 White and red balls form a hanging sculpture over Target’s social space. Photos on Wednesday will reveal the surprises inside this piece. Photo: Bret Hartman/TED 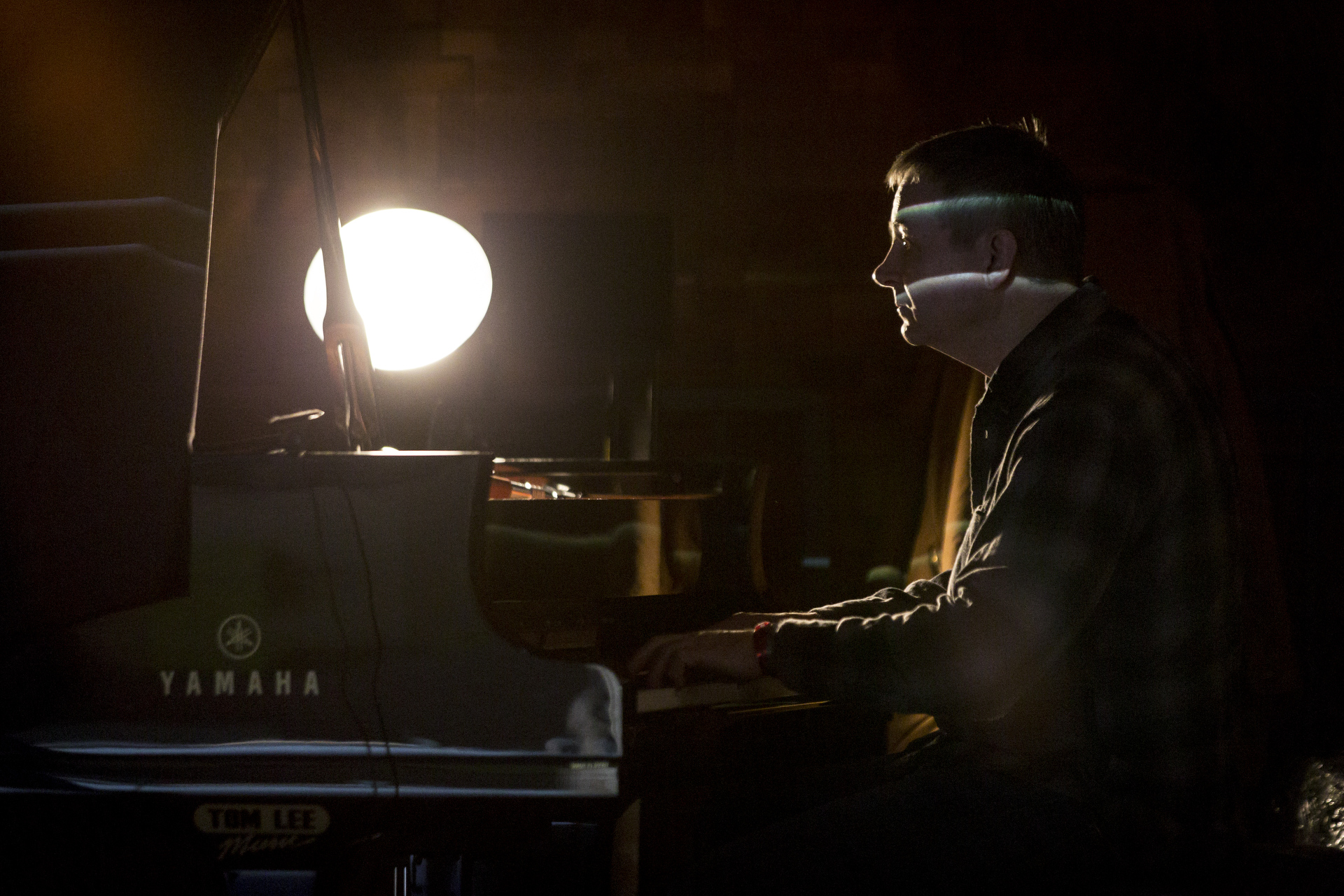 Backstage at TED2015, our team works in darkness to make sure that talks look and sound their best. Photo: Bret Hartman/TED 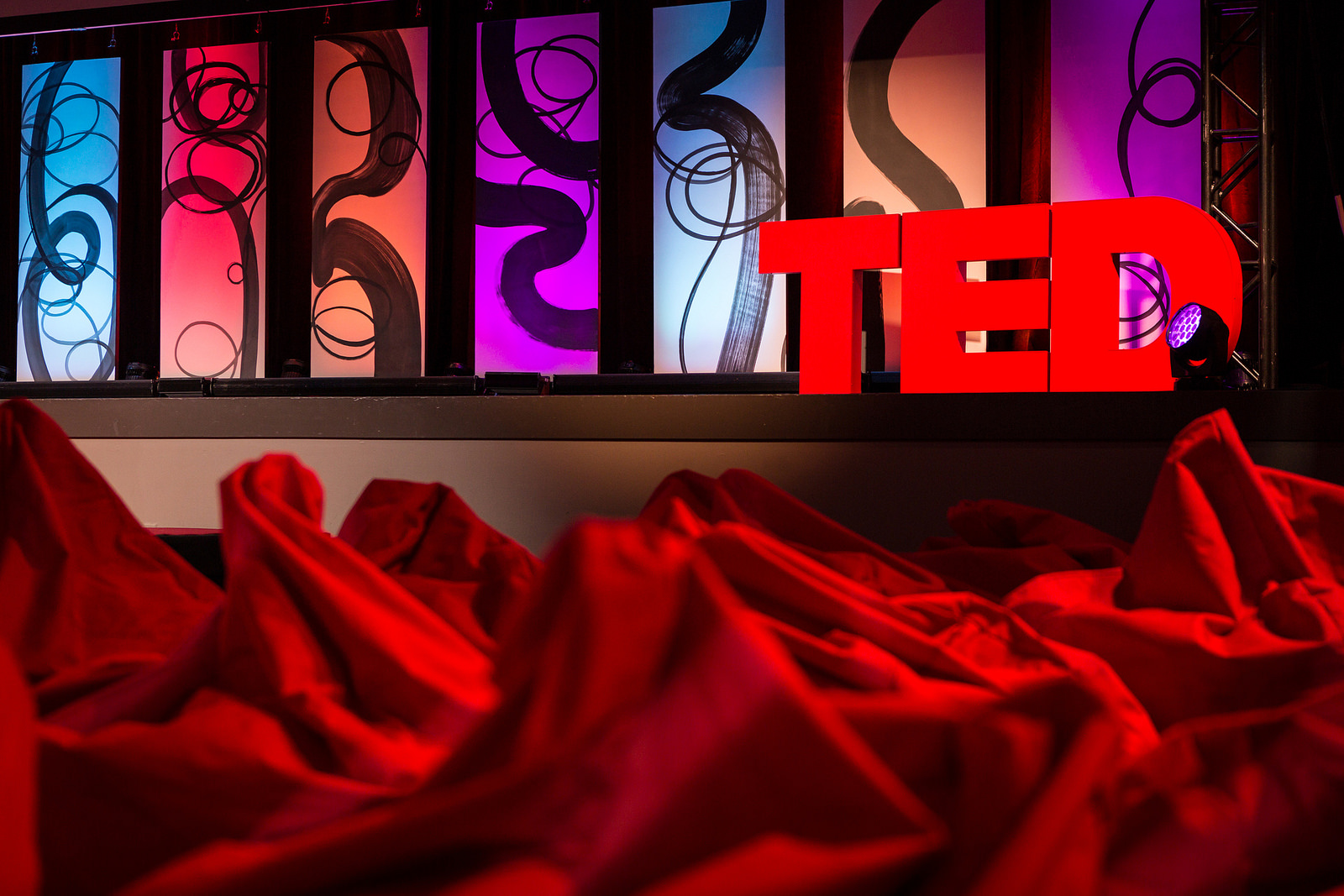 A scene from TEDActive 2015, a simulcast of the conference for movers, shakers and makers. It takes place this week in beautiful Whistler, in a theater filled with chairs and lots of beanbags for maximum comfort. Photo: Marla Aufmuth/TED 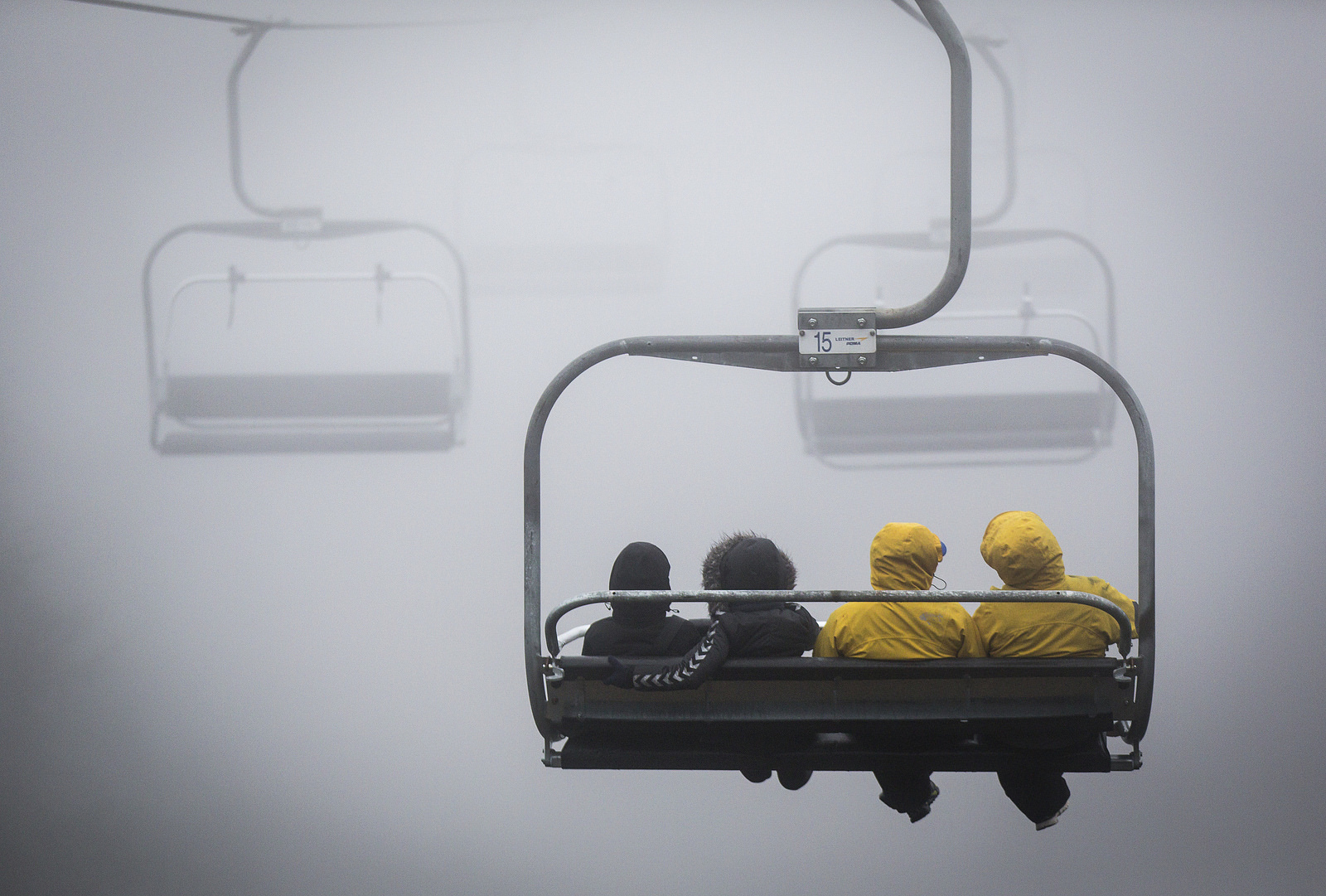 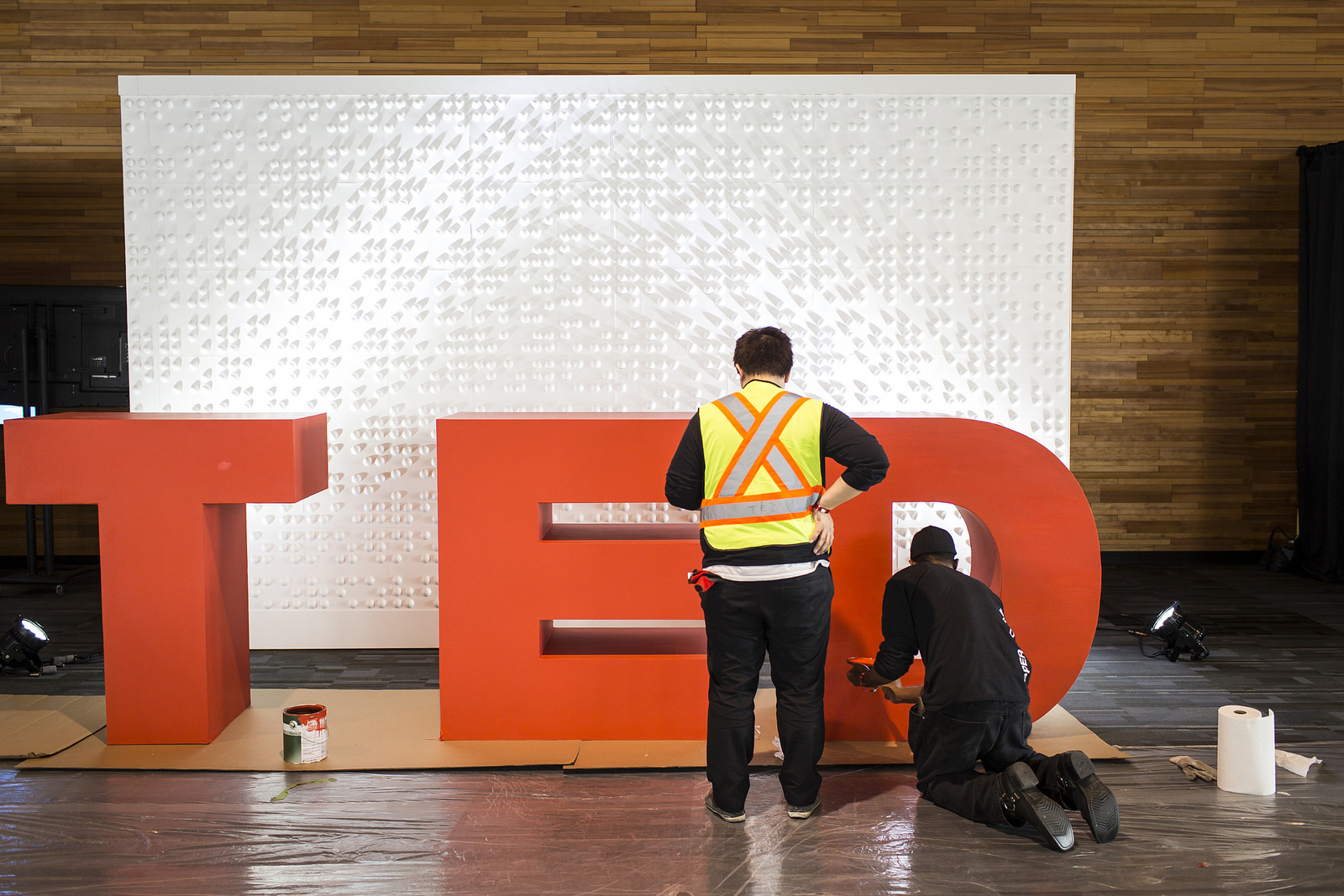 As they explore the Vancouver conference’s social spaces, attendees can snap a photo with the TED letters. Photo: Ryan Lash/TED 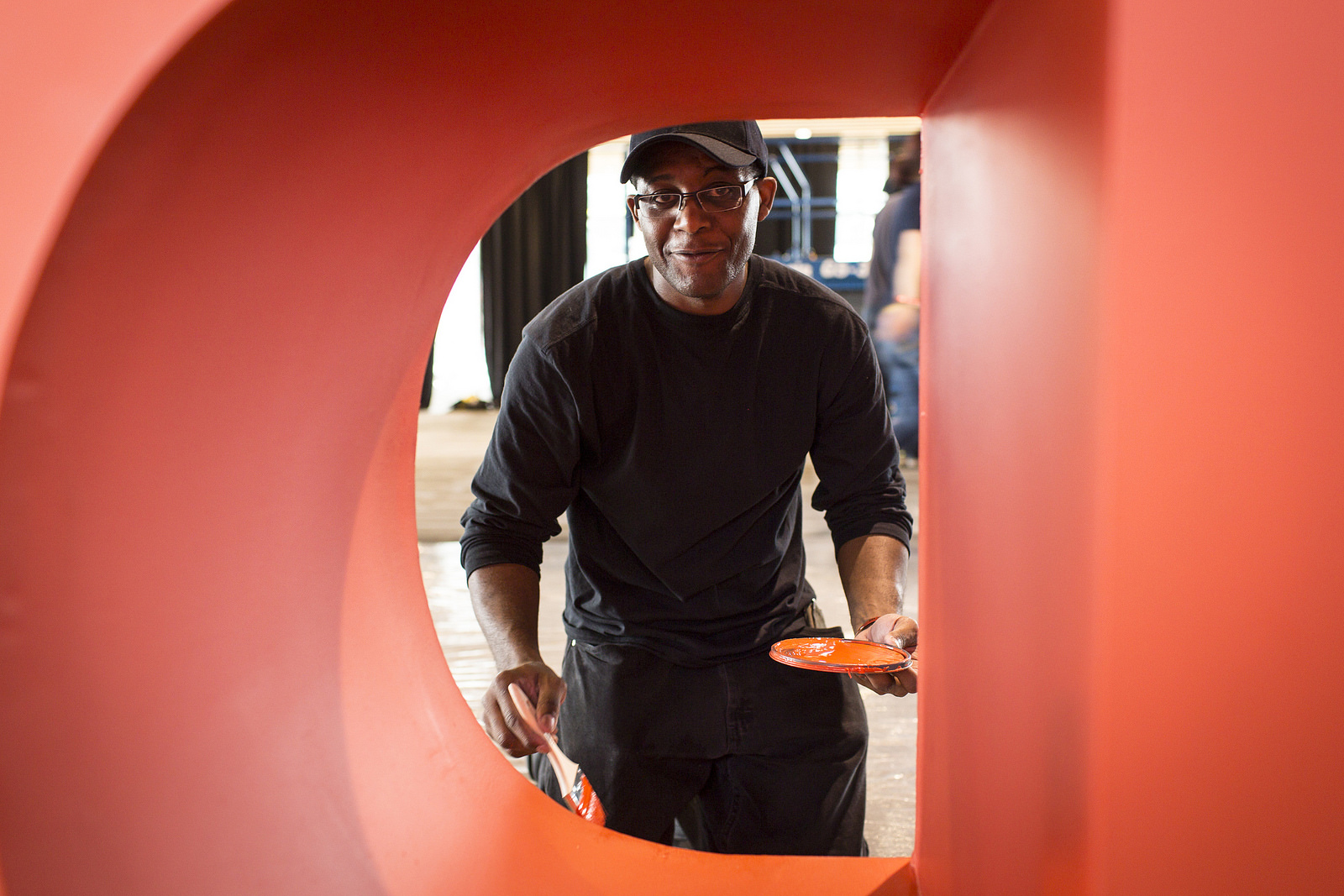 A crew member touches up the paint on the ‘D’ in TED. Photo: Ryan Lash/TED 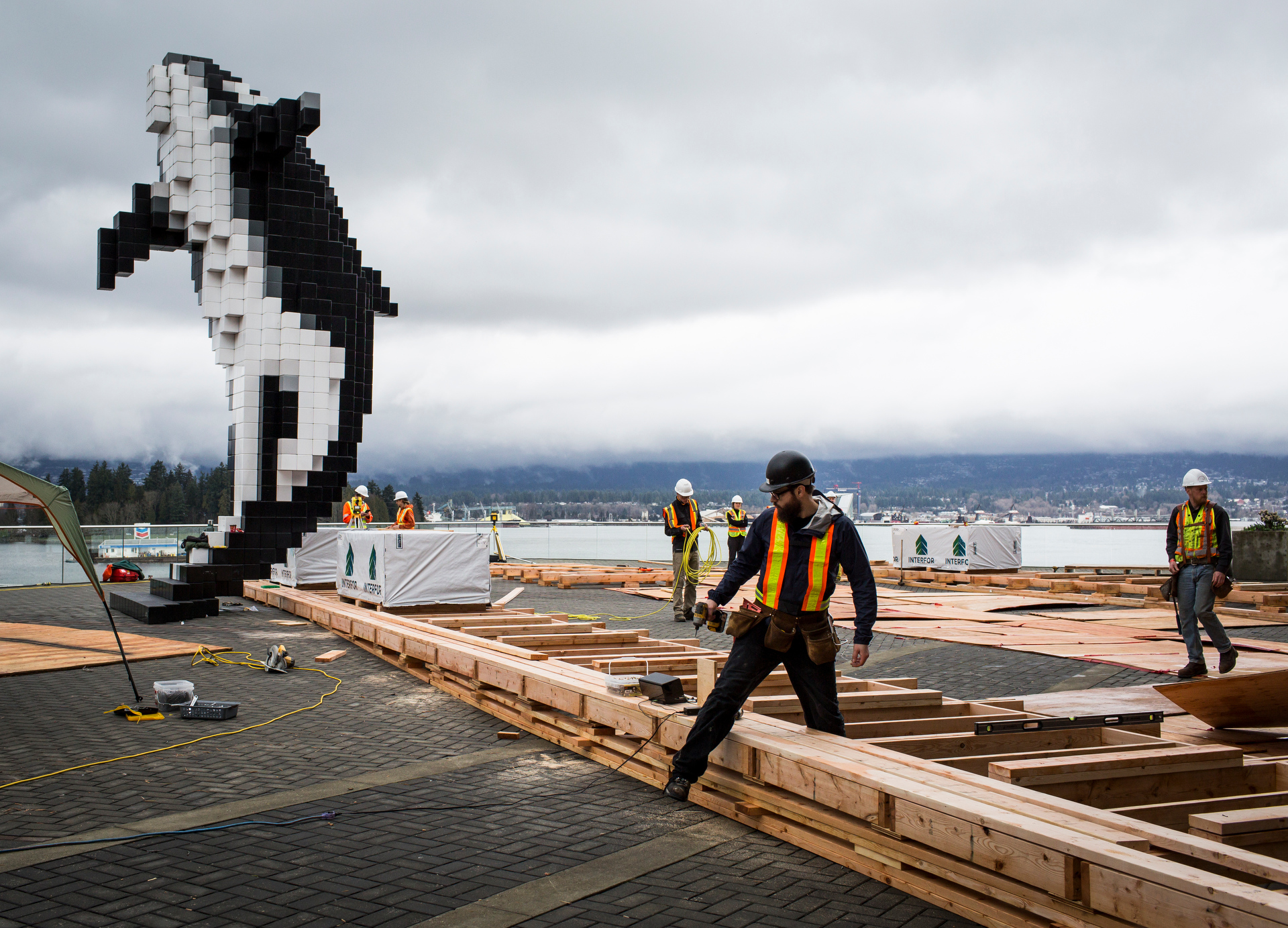 More than 20 architecture and design students teamed up to design a pavilion on the plaza called the Marquee by DBR and Interfor. Here, crew members start to build it. Photo: James Duncan Davidson/TED 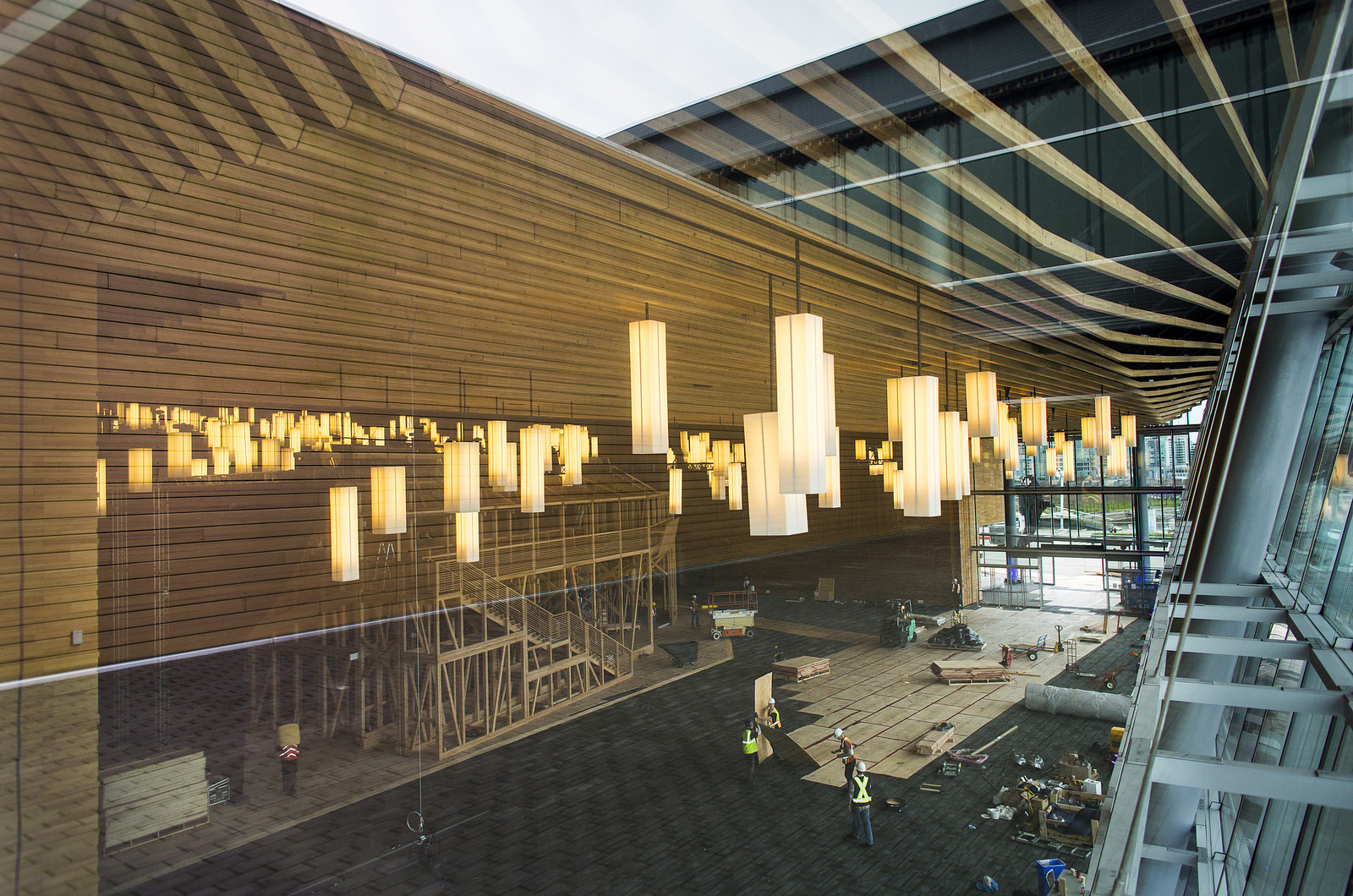 The TED2015 theater was built out in a matter of days, inside a vast empty ballroom at the Vancouver Convention Centre. Here, an image from the very start. Photo: TED 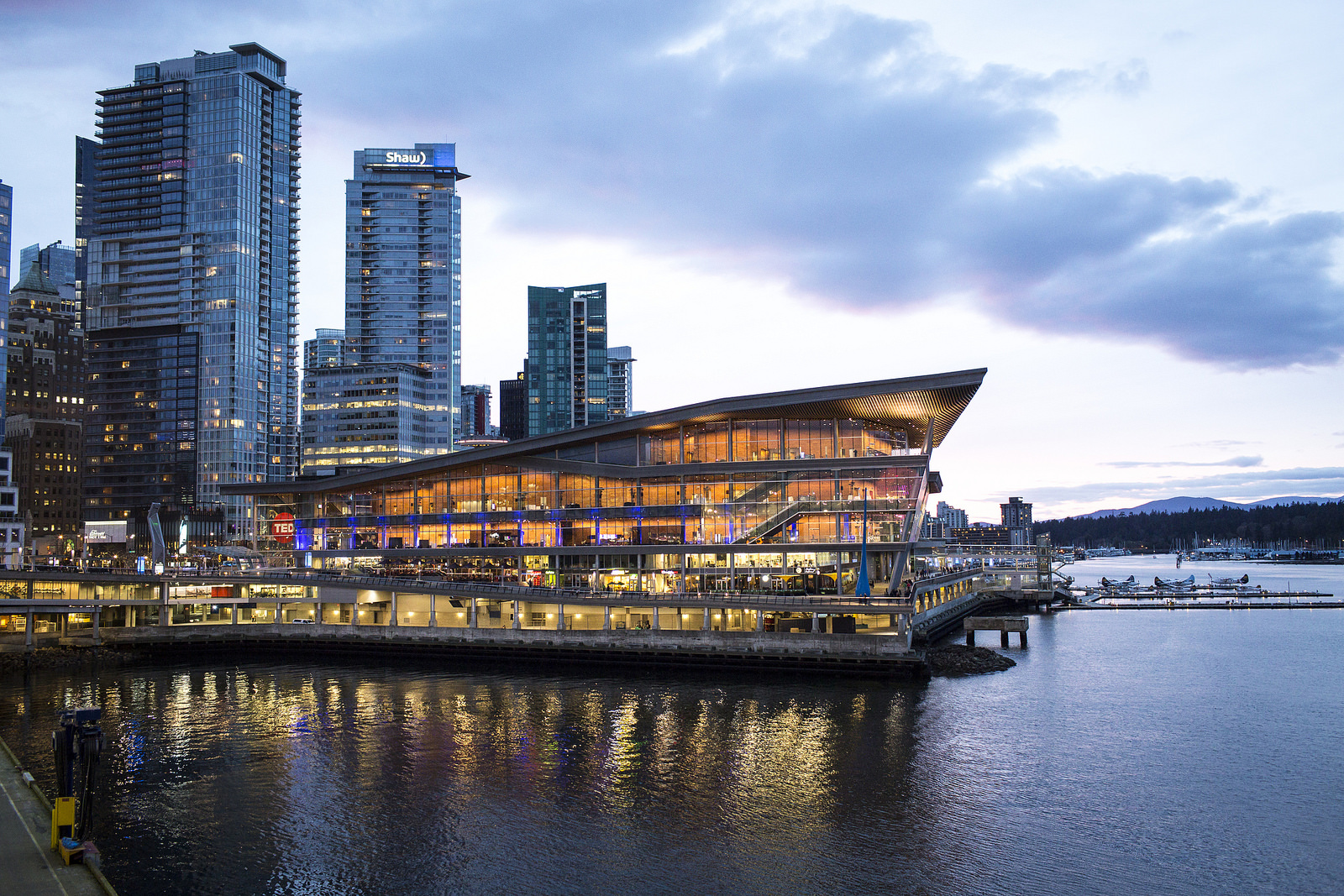 The Vancouver Convention Centre, where TED2015 is being held, sits right on the harbor. Photo: TED 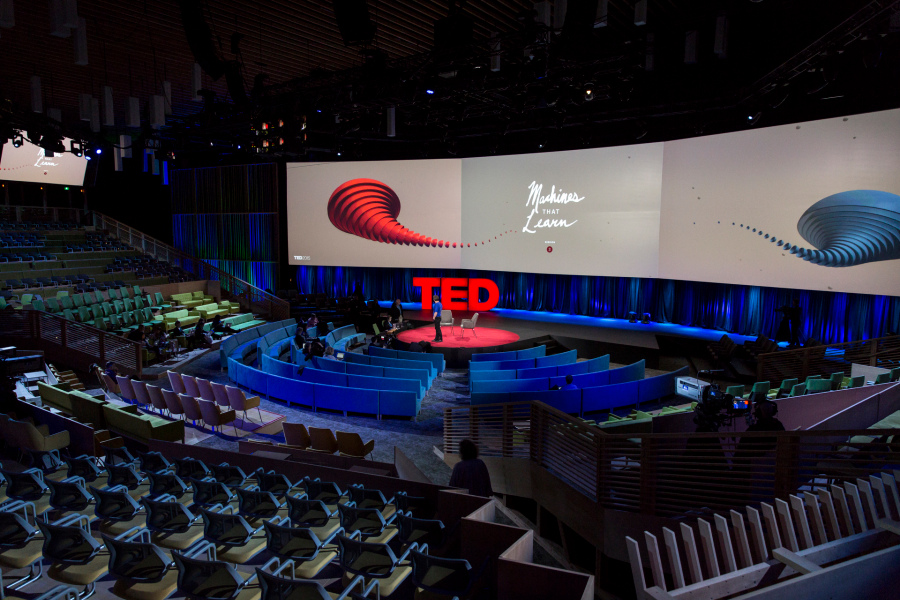 An empty ballroom no more — this space is now a fully loaded TED theater, designed specifically to create a sense of intimacy for talks. Read more about design tweaks made this year. Photo: Bret Hartman/TED 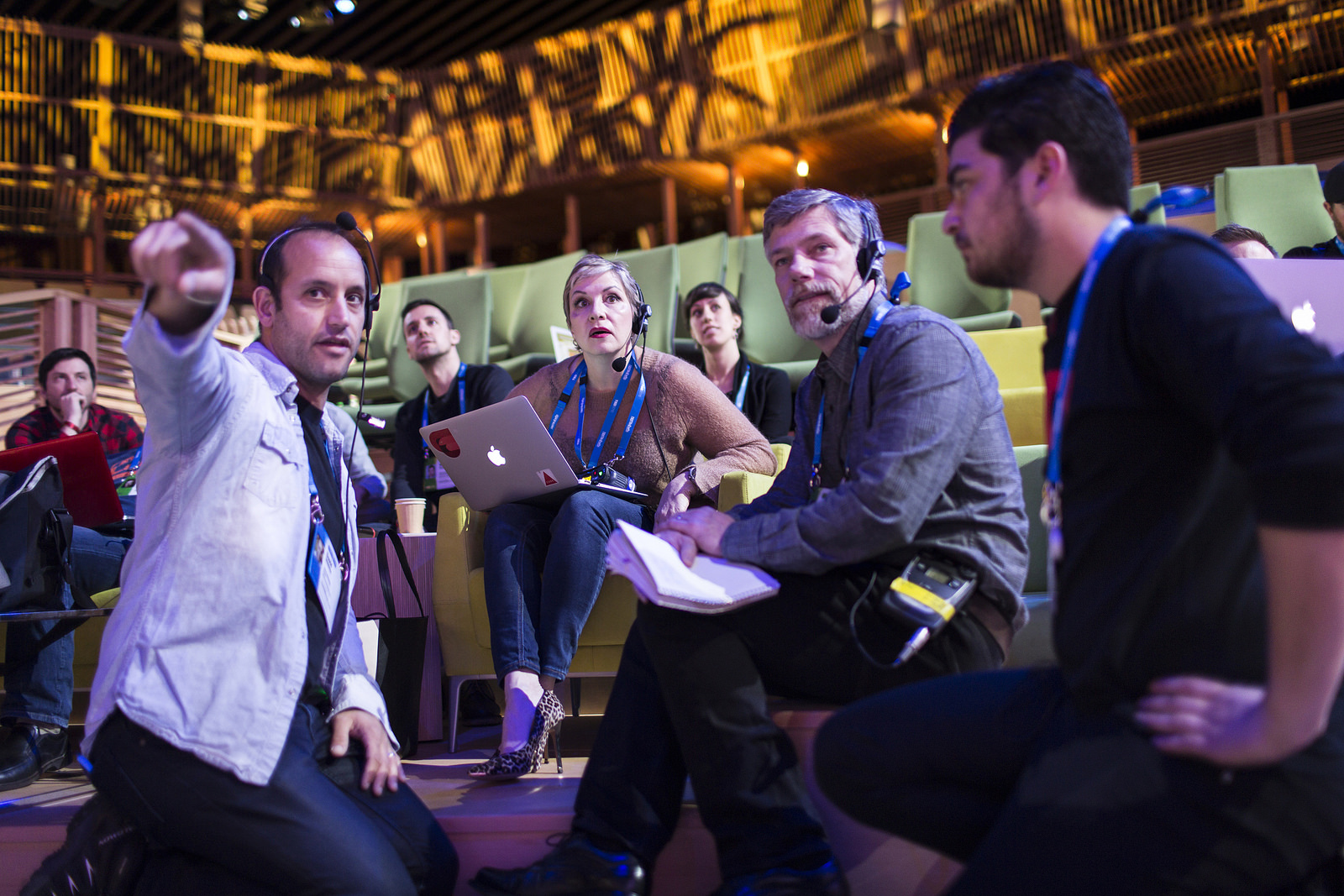