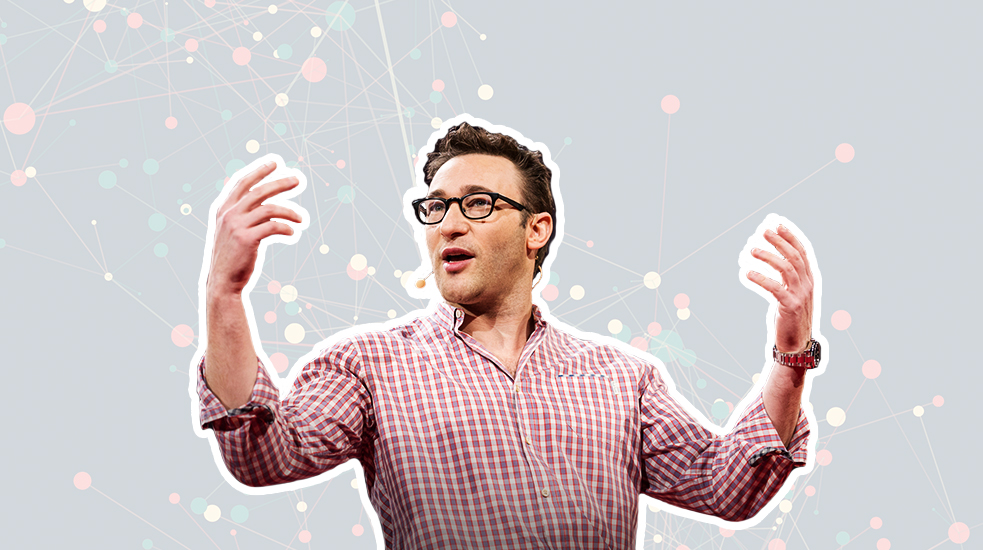 Hand gestures might make a talk feel more compelling. In a poll that asked volunteers to rate TED Talks, there appeared to be a correlation between the number of hand gestures a speaker made and how well people rated their talks. Photo: James Duncan Davidson. Collage by Josh Roos/TED.

All TED Talks are good. Why do only some go viral?

Over the last year, a human behavior consultancy called Science of People set out to answer this question. To do so, says founder Vanessa Van Edwards, they polled 760 volunteers, asking them to rate hundreds of hours of TED Talks, looking for specific nonverbal and body language patterns. To ensure comparability, they limited talks to videos that had been posted on TED.com in 2010 and were between 15 and 20 minutes long.

So why do some TED Talks rack up millions of views, while others on similar topics get less attention? Van Edwards points to five nonverbal patterns that the poll revealed:

We spoke to Van Edwards to find out more.

What initially piqued your interest in looking TED Talks?

We’re always looking for something that is counter to logic. I’m a TED junkie, and I was searching on the TED Blog one day, and I saw two talks that had similar titles. They were both on leadership and both given the same year. Both talks are great. But one, Simon Sinek’s talk, had 20-something million views, and the other had far fewer. I thought, “There’s a puzzle here.” You have people who are not quote-unquote famous — they usually don’t have massive Twitter followings, especially not before they did their TED Talk. So it’s not a celebrity factor and, in this society, I think that’s rare. When TED Talks go viral, there’s something else going on.

I had to figure out how we could turn this into an experiment. We like to base our projects on existing academic research, and there are a couple studies out there that look at how nonverbal cues and thin-slicing can affect people’s perceptions of a teacher. TED Talks are teaching, in many ways. So we decided to test the things that were in the existing research about thin-slicing, using TED Talks. 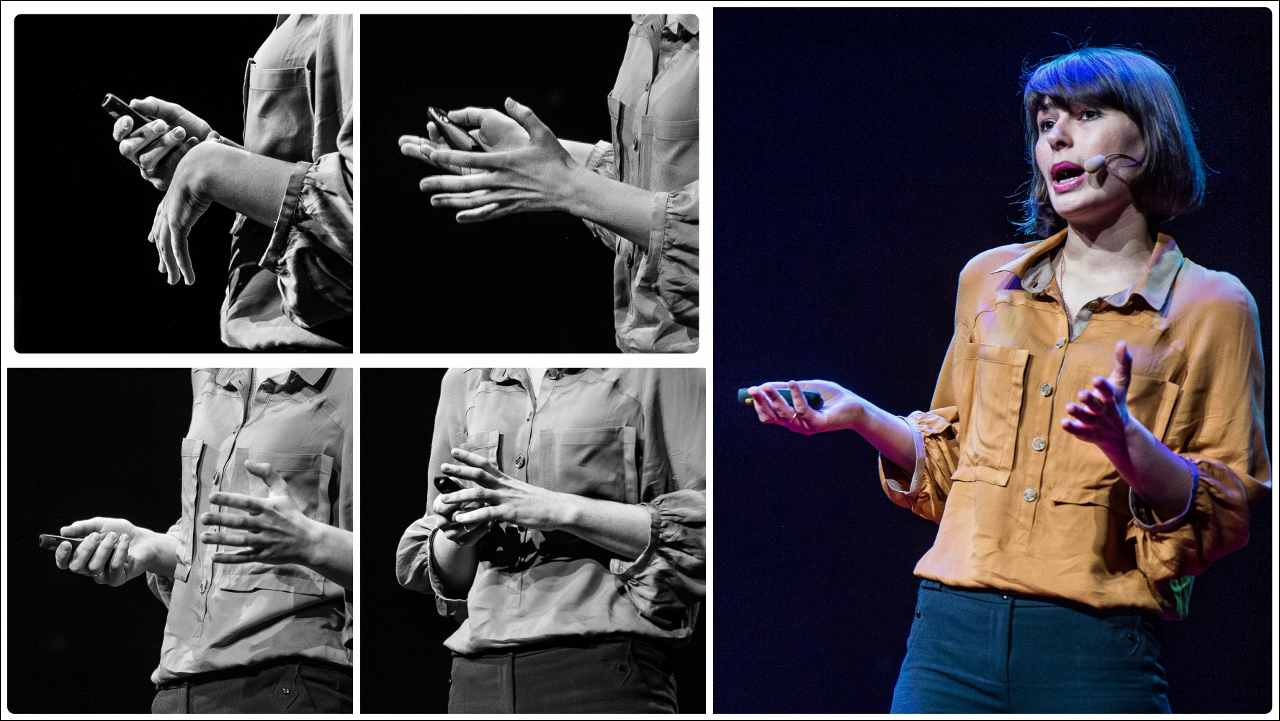 And what is thin-slicing?

Let’s talk through some of the patterns you noticed. I was pretty shocked by the conclusion that people rate speakers comparably whether they listened to the content of the talk or not. How did you find that?

We did a couple different screenings of the talks. We have about 40,000 subscribers on our website, and get about 100,000 to 200,000 visitors a month, so we’re able to get a lot of data quickly. In one of the screenings, we had half the participants watch talks on silent, and half watch talks with sound. We asked both of the groups the exact same questions: How would you rate this talk overall? How charismatic is the speaker? How intelligent is the speaker? How credible is the speaker? And we found that the people who watched the talks on mute rated speakers almost exactly the same as the people who had watched the talks with sound. The one exception was David Blaine’s TED Talk, I think because it included a lot of videos of him from previous endeavors and that confused people. For his talk, the ratings were different.

I’m also curious why you think hand gestures make such a difference in how a talk is rated.

This was a total surprise. I would’ve guessed that the talks with the most hand gestures were going to have a lower rating, because it was distracting, and that the middle hand-gesture talks would be the most charismatic. That was not the case. We don’t know why, but we have a hypothesis: If you’re watching a talk and someone’s moving their hands, it gives your mind something else to do in addition to listening. So you’re doubly engaged. For the talks where someone is not moving their hands a lot, it’s almost like there’s less brain engagement, and the brain is like, “This is not exciting” — even if the content’s really good.

Your third conclusion is, “Scripts kill your charisma.” How so?

Again, we think this has to do with the fact that we can only pay attention for so long. The longer a talk is — even at 18 minutes — there are points where you kind of think about dinner, think about traffic, think about email. And so we think that the vocal variety engages the brain when it likes to sleep on the content. 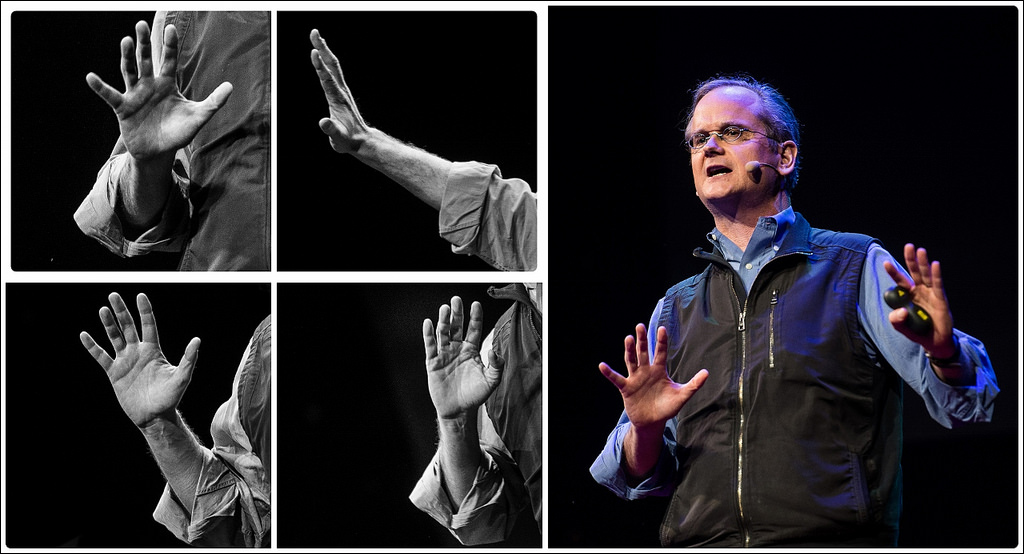 Talk to me about how smiling affected ratings.

This totally surprised us as well. We thought, and existing research has said, that leaders actually smile less. But what we found is that the longer someone smiles, the higher their intelligence ratings went. We’re not sure exactly what this is, but we think that perhaps it’s a relatability thing. The speakers who smiled from stage, they almost seemed more human to people who were watching. And so the viewers went, “Ah! This is someone I could get to know.”

What about the seven-second rule?

At the very end, we decided we had to test: do people really make their decision about someone within the first few seconds? So we took the same videos, we [edited them down to] the first seven seconds, and had people watch. We gave these viewers the exact same questions as people who had watched the entire talk. And we found that the ratings overall — who people liked overall and who they didn’t like — matched, whether they’d watched the first seven seconds or the full talk. We think that the brain actually decides as soon as that person takes the stage and begins speaking, “You know what? I’m gonna like this talk.”

What do you think that future speakers — and even TED as an organization — can take from this research? Obviously, the content of talks does matter. But how can this information about nonverbal communication help lead to better talks?

I hope that this can help TED speakers strengthen their verbal messages. I like to think about using these nonverbal shortcuts as a way to bold or underline spoken words. Anyone with a big idea should be able to express their passion both verbally and nonverbally. This study gives relatively easy nonverbal tools that TED speakers can use to enhance their stage presence so their idea spreads further. 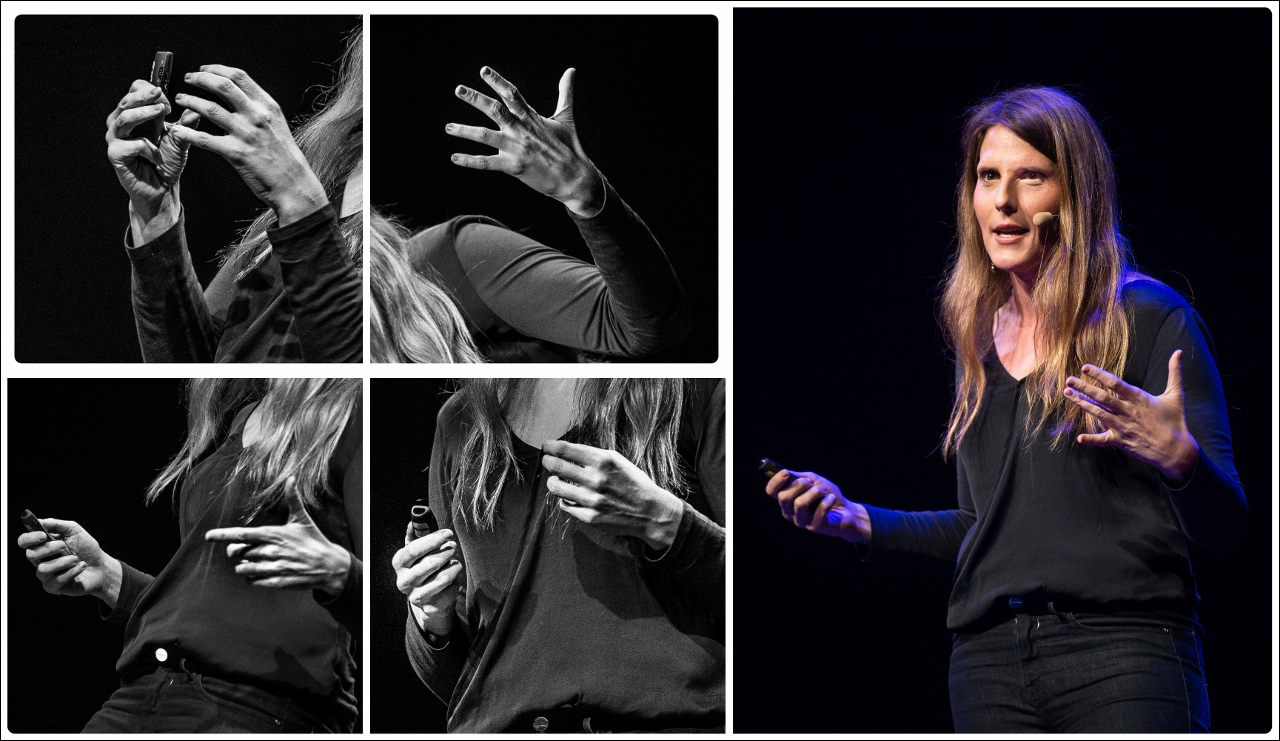