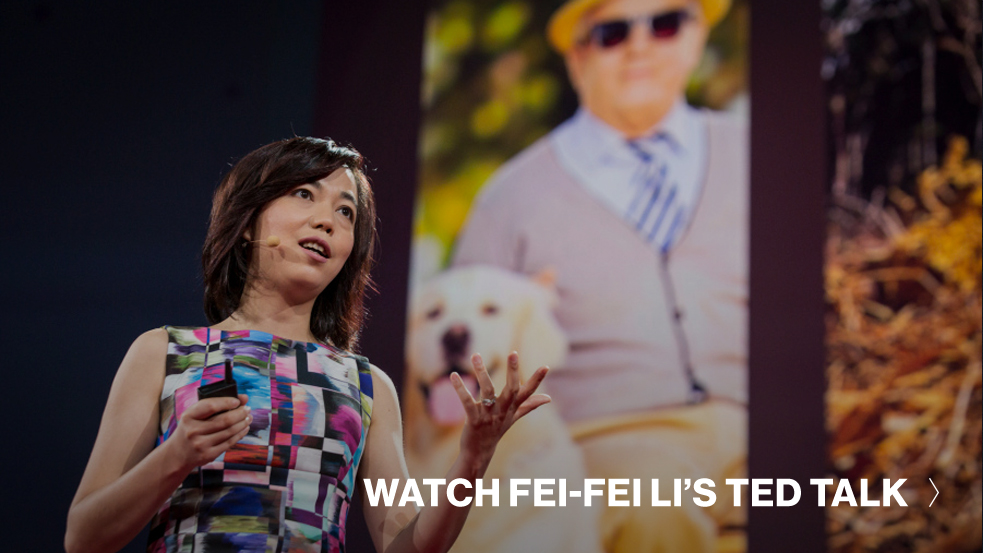 A cat. A house. A plane. Most 3-year-old children can point at these and identify them by sight. Fei-Fei Li, the director of Stanford’s Artificial Intelligence Lab and Vision Lab, has spent the past 15 years teaching machines how to see. Our most advanced machines are like toddlers when it comes to sight, Li says; they can, for instance, recognize common objects in a photo. At TED2015, Li says that we should not stop there. How do you get a machine to go beyond object recognition and learn to understand emotions, actions, intentions? This is her quest.

To advance machine learning, Li created the ImageNet Lab — a database of 15 million named and labeled images (including many, many cat photos). This database feeds into artificial neural networks, allowing it to to grow in similar fashion to organic neural networks. “You and I weave together entire stories of people, places, and things,” she says. Someday machines will do the same.

Li is an optimist about what this AI means for humanity’s future. When machines can truly see, their eyes can help doctors diagnose and treat patients. Cars could run faster and safer on the road. Robots could brave disaster zones to find and save the injured.

Li’s parting thought for TED2015? Today, we teach machines how to see. Tomorrow, they will be our eyes in ways we can’t even imagine. 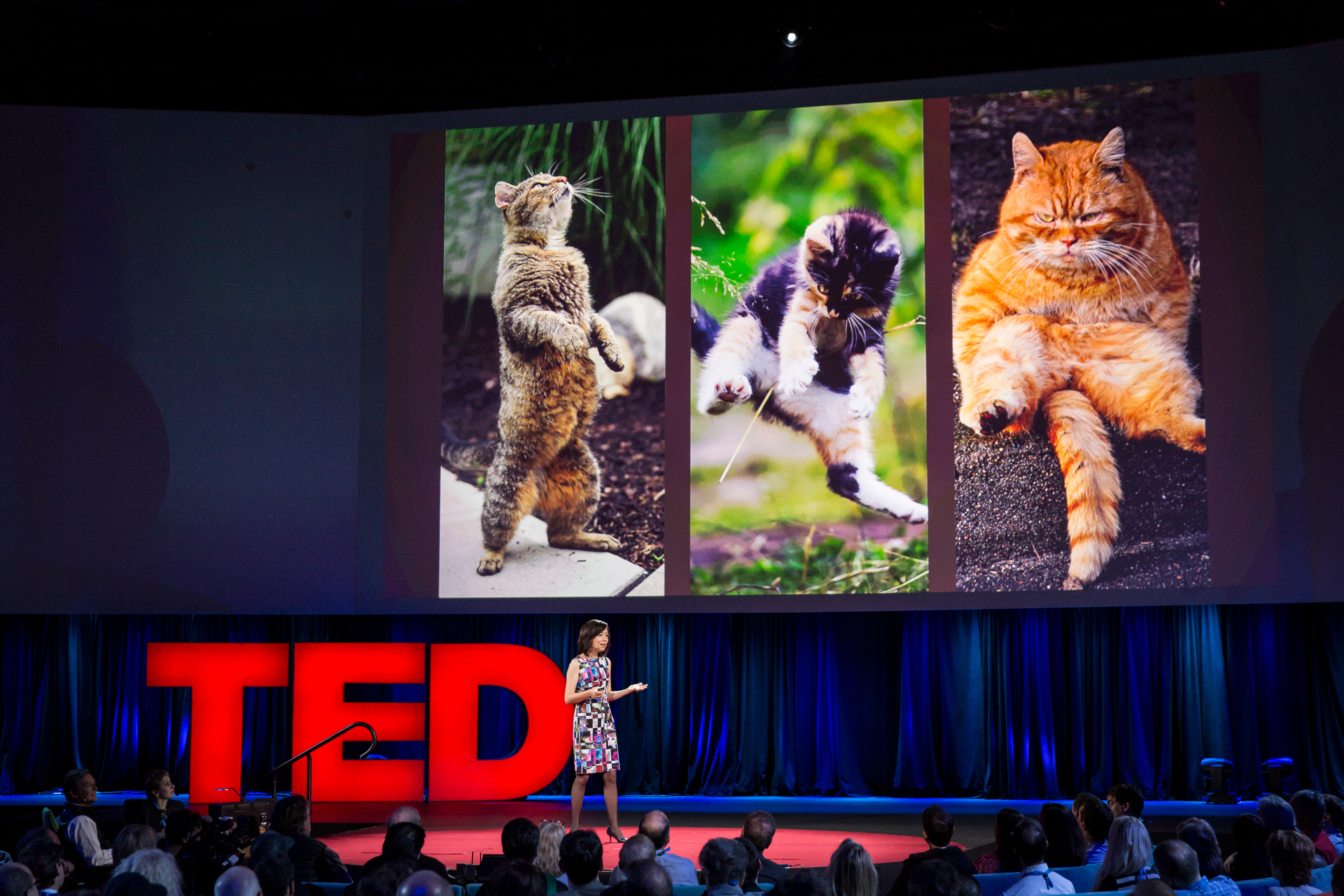 A toddler can identify a cat in a photo — even though cats take many, many forms. Fei-Fei Li imagines an AI that could someday do the same. Photo: Bret Hartman/TED