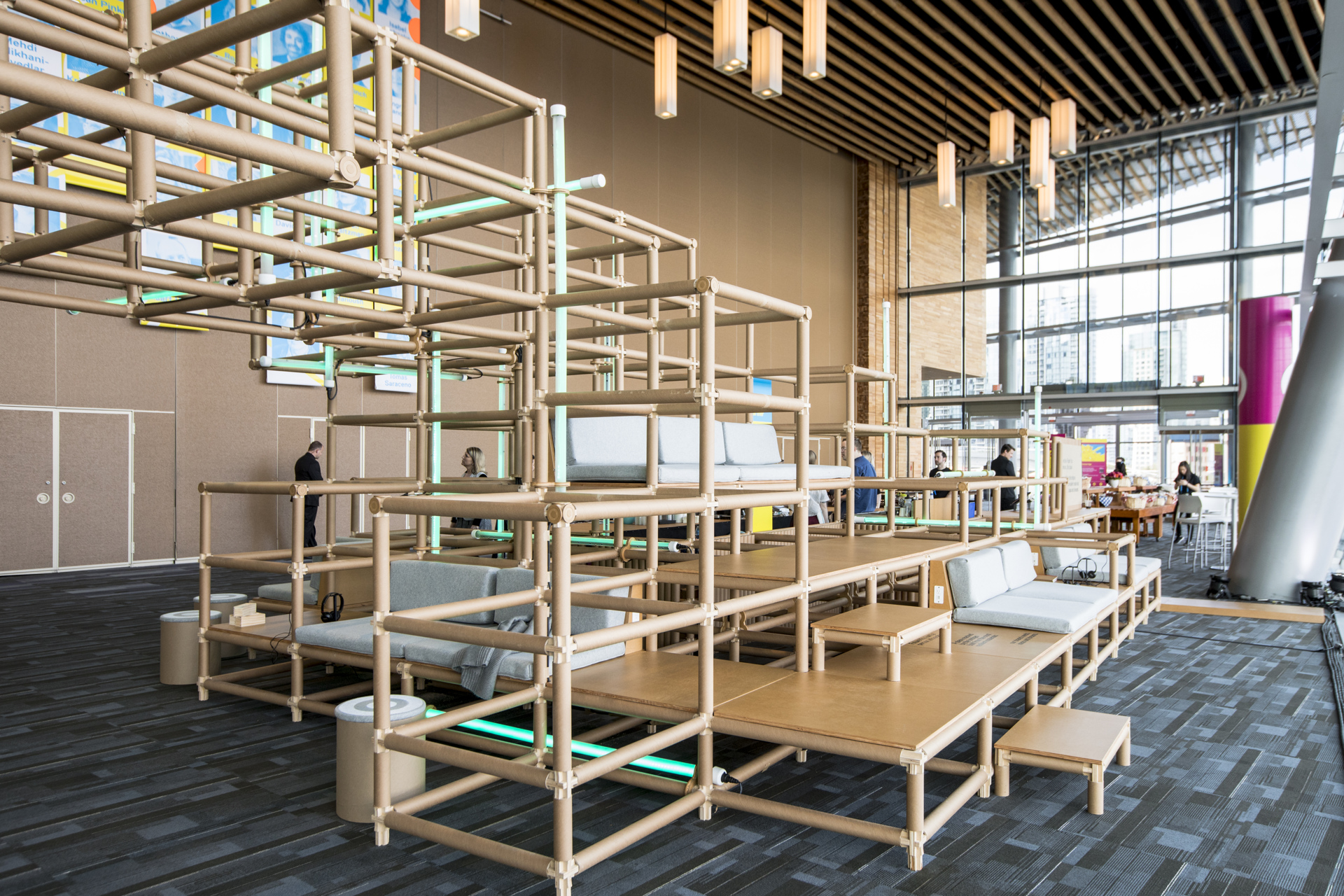 This year at TED, Target is all about building bridges and forging strong connections — literally and figuratively.

The Commons — an open, airy minimalist structure — is a truly interactive space that allows TED attendees a moment to recharge away (and above) from the hustle and bustle of the conference. Made from sturdy wood and cardboard with a backdrop of the breathtaking Vancouver mountains, The Commons appears as an intricate and inviting bridge that provides ample seating within the structure itself. As a cozy place to get work done or rest, attendees are encouraged to sit down, relax and engage with classic wooden puzzles, with easy access to notebooks and pencils for note-taking.

The space is more than just a place to take a breath, but also functions as comfortable grounds to reflect.

Every day, Target presents a new question with two answers that attendees can choose between — with each answer represented by specific colors that change daily. For example, Wednesday’s question was “What is the future of communities?”  the answer being either “Face-to-face” in yellow and “Online” in blue. Today’s is: “Would you consider committing to a tech sabbatical?”

Bright, colorful beams that line The Commons change dependent on which answer (thus, which color) gets more votes and puts on open display where the TED audience diverges in vibrant harmony. This thought experiment is meant to start conversation, spark curiosity by asking questions that will impact the future you. 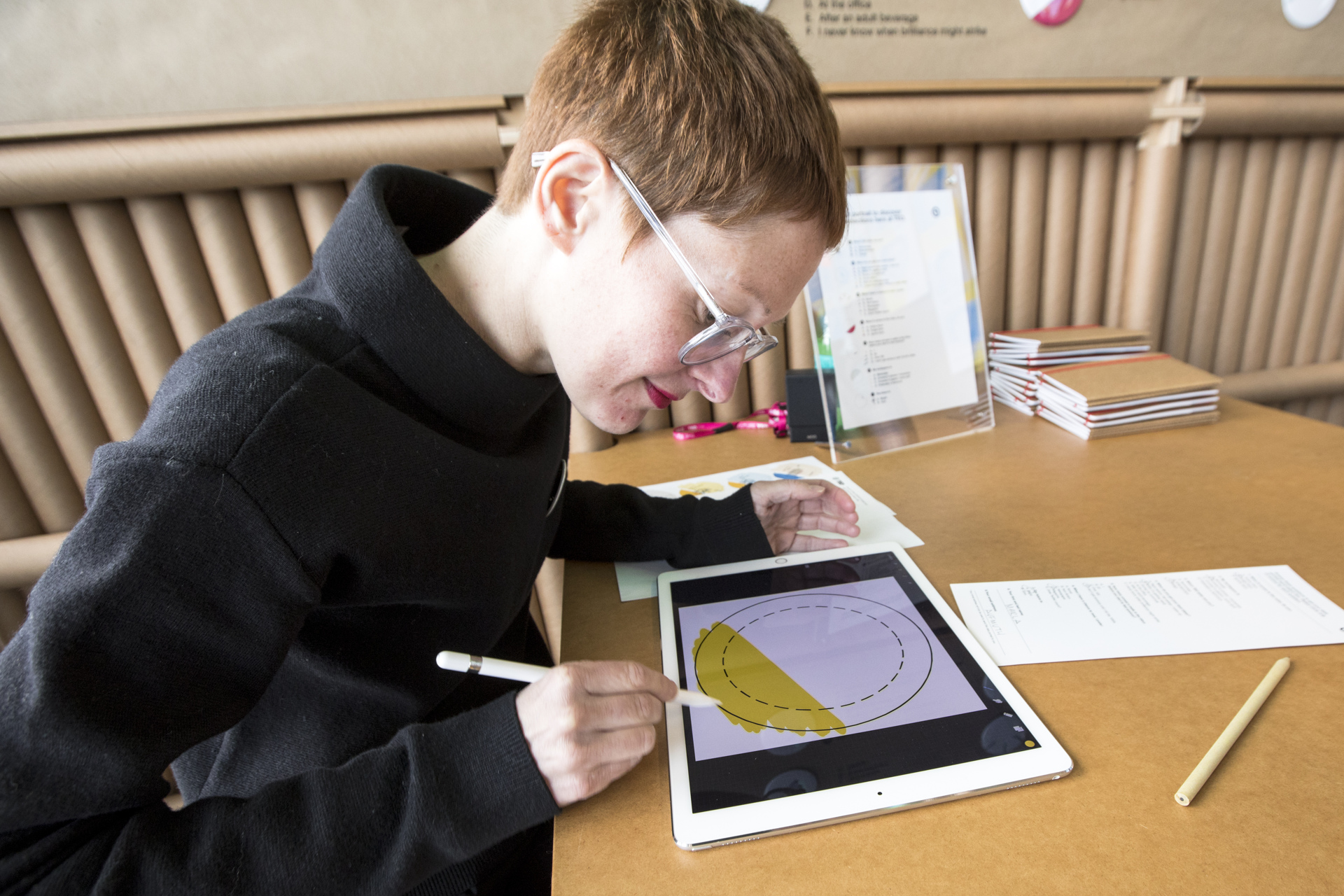 When attendees want to take a step back from the future and are curious about the current them, TED speaker and MoMA artist Giorgia Lupi between sessions (and in only a few questions) transforms personalized data into mini visual portraits that are truly unique to each attendee — with color and shapes — as a conversation starter. The questions are non-invasive and reveal only fun, small facts about participants, such as “Which TED letter are you?” and “When do you get your best ideas?”

So far, Lupi and her team have completed over 500 portraits and when asked the last question on her data portrait survey (The future is…), a majority of attendees have said that the future is bright.