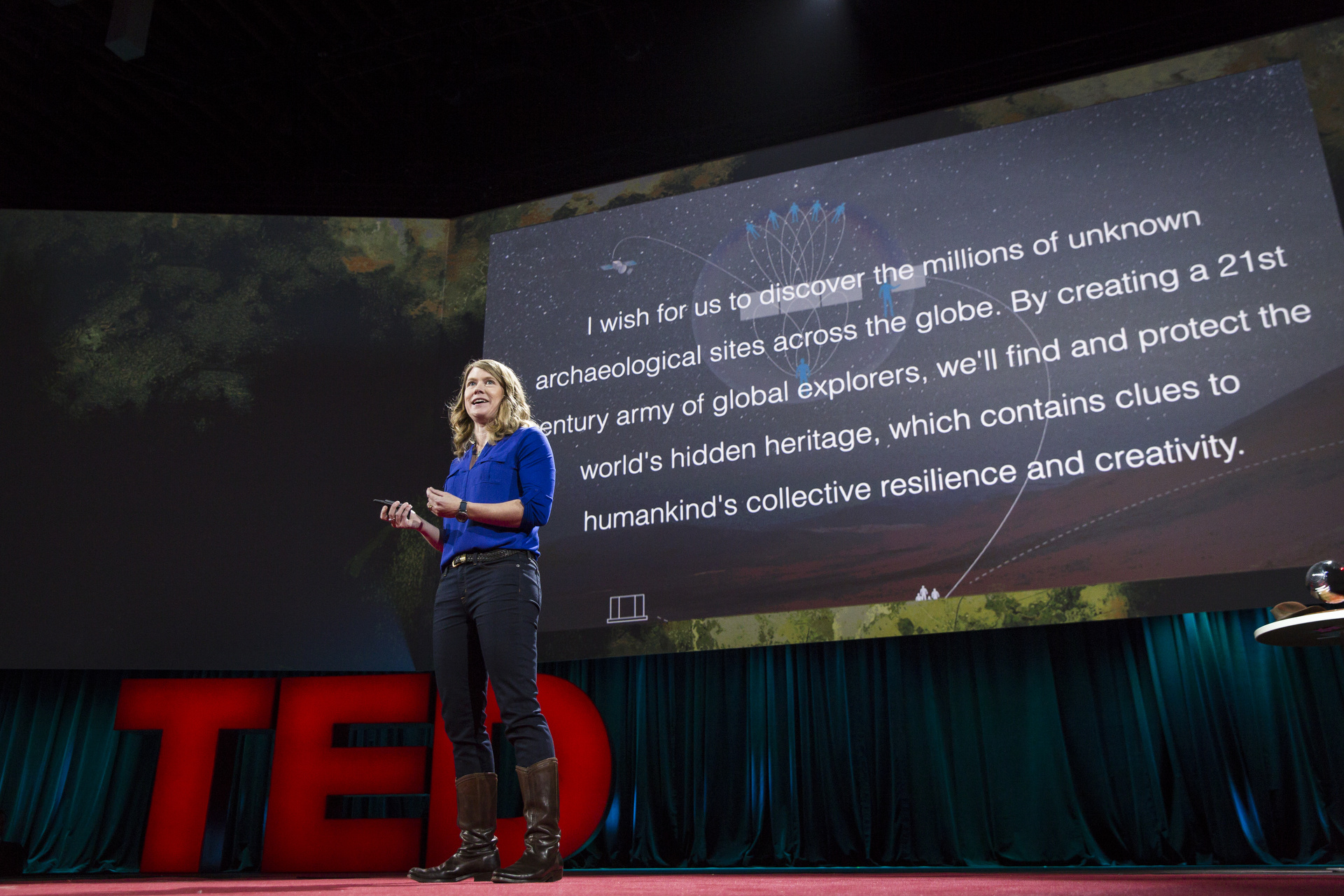 Today, GlobalXplorer, the citizen science platform created by satellite archaeologist Sarah Parcak with the 2016 TED Prize — which allows users live out their Indiana Jones fantasies and search for archaeological sites from home — announced the location of its second expedition. The location will be: India!

GlobalXplorer’s first expedition took users to Peru, where they searched 150,000 kilometers of land and identified thousands of features of archaeological interest, including more than 50 new Nazca Lines and 324 sites determined by the Peruvian Ministry of Culture to be of high interest. The exploration of India will be even more sweeping in scope.

India is a large country with 29 states, spread out over 3.287 million square kilometers. Working with the Archaeological Survey of India (a branch of India’s Ministry of Culture) and alongside Tata Trusts and the National Geographic Society, GlobalXplorer’s new expedition will cover the entire country, state by state. This vast work will be accomplished with the help of machine learning. Over the past year, GlobalXplorer has been working with technology partners to train AI to weed out tiles that either contain no archaeological features or that are not able to be properly searched because of dense cloud cover or an impenetrable landscape. Platform users will take on the next step: looking at tiles with potential signs of archaeological features. Searching this most promising fraction of tiles will be no small task. Parcak estimates that, with the help of the crowd, this mapping will be done in less than three years.

“Folks we are about to announce country #2 for @Global_Xplorer I am SO excited. What’s your guess?” she tweeted at 6:30am this morning. Then later she revealed: “So thrilled to be able to share: Globalxplorer will be heading to India next!”

More information on when the expedition begins will be coming soon. In the meantime, read lots more — including how GlobalXplorer is using a blockchain-enabled app to keep antiquities safe — on Medium. And watch the video below to get excited about what you might find.