To kick off TED2020, leaders in business, finance and public health joined the TED community for lean-forward conversations to answer the question: “What now?” Below, a recap of the fascinating insights they shared.

“If you don’t like the pandemic, you are not going to like the climate crisis,” says Kristalina Georgieva, Managing Director of the International Monetary Fund. She speaks with head of TED Chris Anderson at TED2020: Uncharted on May 18, 2020. (Photo courtesy of TED)

Big idea: The coronavirus pandemic shattered the global economy. To put the pieces back together, we need to make sure money is going to countries that need it the most — and that we rebuild financial systems that are resilient to shocks.

How? Kristalina Georgieva is encouraging an attitude of determined optimism to lead the world toward recovery and renewal amid the economic fallout of COVID-19. The IMF has one trillion dollars to lend — it’s now deploying these funds to areas hardest hit by the pandemic, particularly in developing countries, and it’s also put a debt moratorium into effect for the poorest countries. Georgieva admits recovery is not going to be quick, but she thinks that countries can emerge from this “great transformation” stronger than before if they build resilient, disciplined financial systems. Within the next ten years, she hopes to see positive shifts towards digital transformation, more equitable social safety nets and green recovery. And as the environment recovers while the world grinds to a halt, she urges leaders to maintain low carbon footprints — particularly since the pandemic foreshadows the devastation of global warming. “If you don’t like the pandemic, you are not going to like the climate crisis,” Georgieva says. Watch the interview on TED.com » 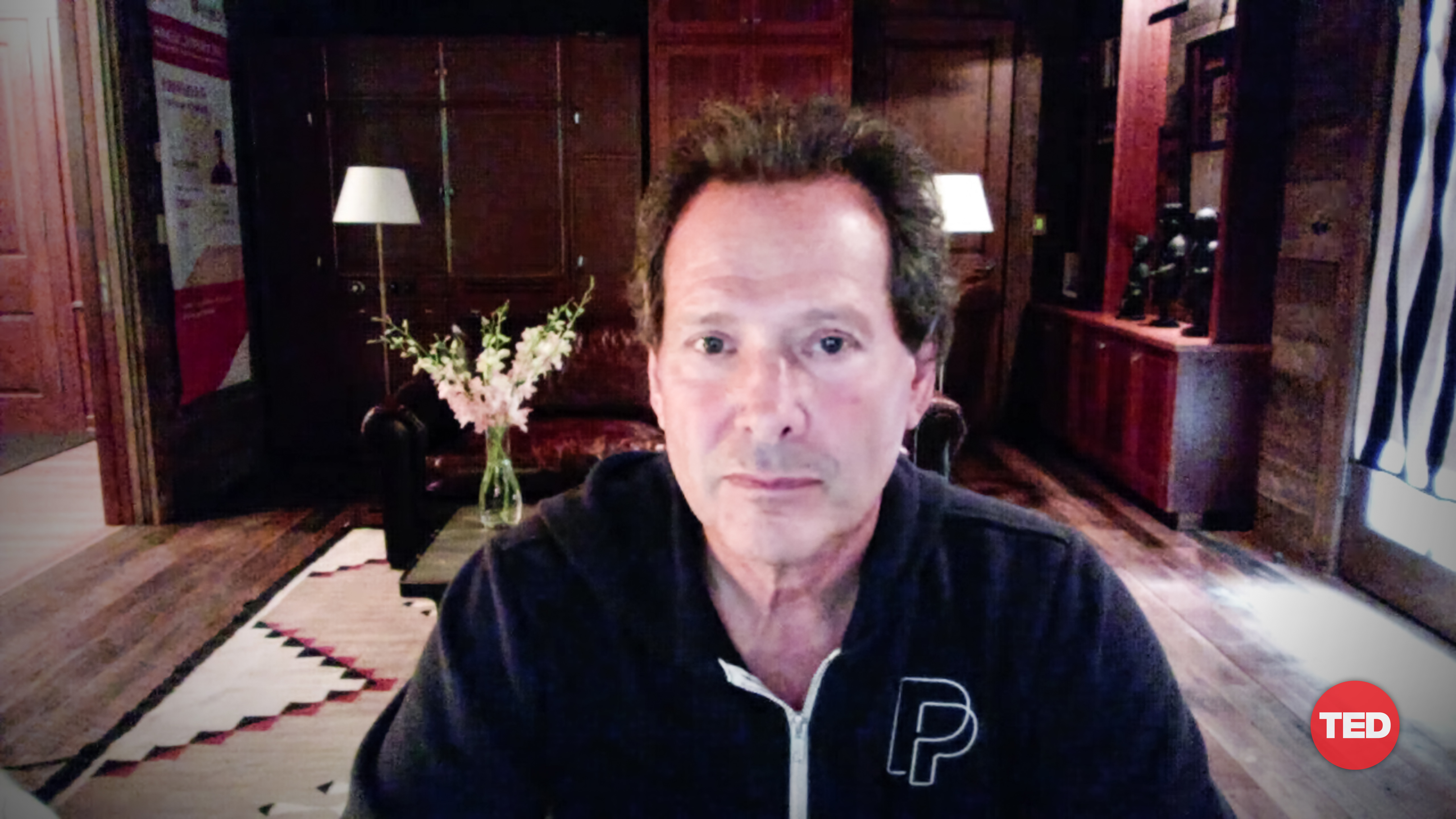 “I’m a big believer in capitalism. I think it’s in many ways the best economic system that I know of, but like everything, it needs an upgrade. It needs tuning,” says Dan Schulman, president and CEO of PayPal. He speaks with TED business curators Corey Hajim at TED2020: Uncharted on May 19, 2020. (Photo courtesy of TED)

Big idea: Employee satisfaction and consumer trust are key to building the economy back better.

How? A company’s biggest competitive advantage is its workforce, says Dan Schulman, explaining how PayPal instituted a massive reorientation of compensation to meet the needs of its employees during the pandemic. The ripple of benefits of this shift have included increased productivity, financial health and more trust. Building further on the concept of trust, Schulman traces how the pandemic has transformed the managing and moving of money — and how it will require consumers to renew their focus on privacy and security. And he shares thoughts on the new roles of corporations and CEOs, the cashless economy and the future of capitalism. “I’m a big believer in capitalism. I think it’s in many ways the best economic system that I know of, but like everything, it needs an upgrade. It needs tuning,” Schulman says. “For vulnerable populations, just because you pay at the market [rate] doesn’t mean that they have financial health or financial wellness. And I think everyone should know whether or not their employees have the wherewithal to be able to save, to withstand financial shocks and then really understand what you can do about it.” 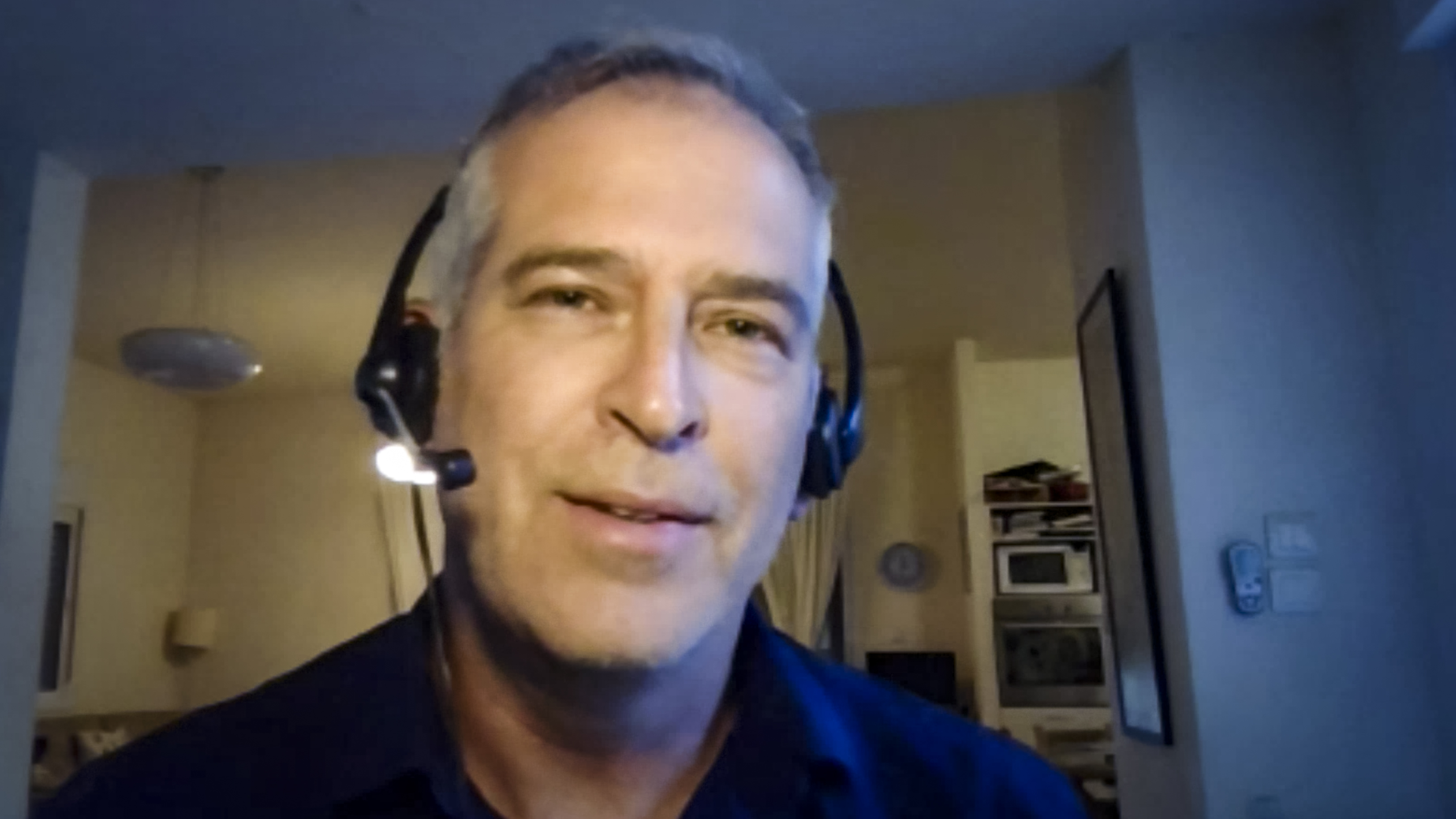 Biologist Uri Alon shares a thought-provoking idea on how we could get back to work: a two-week cycle of four days at work followed by 10 days of lockdown, which would cut the virus’s reproductive rate. He speaks with head of TED Chris Anderson at TED2020: Uncharted on May 20, 2020. (Photo courtesy of TED)

Big idea: We might be able to get back to work by exploiting one of the coronavirus’s key weaknesses.

How? By adopting a two-week cycle of four days at work followed by 10 days of lockdown, bringing the virus’s reproductive rate (R₀ or R naught) below one. The approach is built around the virus’s latent period: the three-day delay (on average) between when a person gets infected and when they start spreading the virus to others. So even if a person got sick at work, they’d reach their peak infectious period while in lockdown, limiting the virus’s spread — and helping us avoid another surge. What would this approach mean for productivity? Alon says that by staggering shifts, with groups alternating their four-day work weeks, some industries could maintain (or even exceed) their current output. And having a predictable schedule would give people the ability to maximize the effectiveness of their in-office work days, using the days in lockdown for more focused, individual work. The approach can be adopted at the company, city or regional level, and it’s already catching on, notably in schools in Austria. 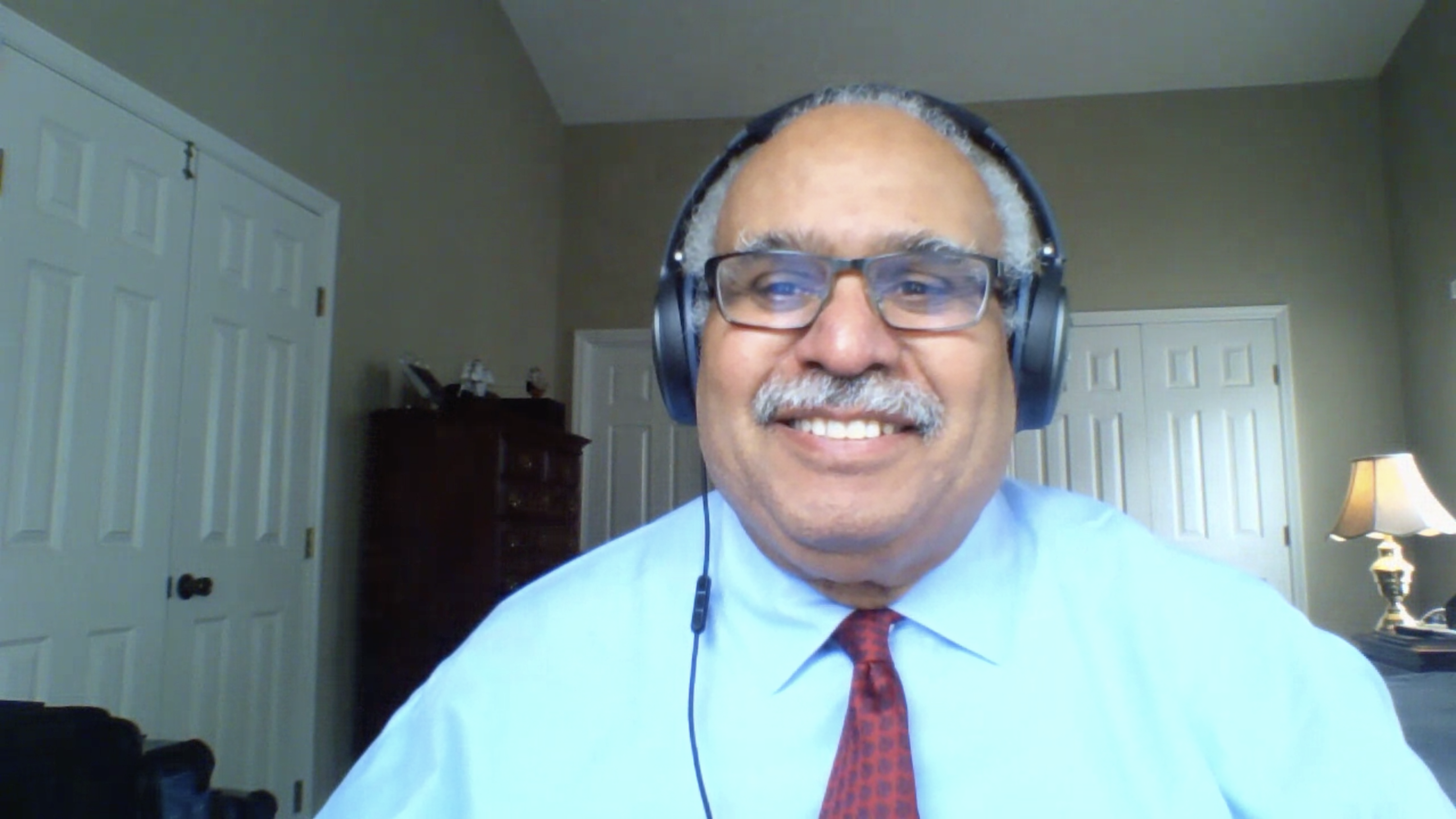 “The secret sauce here is good, solid public health practice … this one was a bad one, but it’s not the last one,” says Georges C. Benjamin, Executive Director of the American Public Health Association. He speaks with TED science curator David Biello at TED2020: Uncharted on May 20, 2020. (Photo courtesy of TED)

Big Idea: We need to invest in a robust public health care system to lead us out of the coronavirus pandemic and prevent the next outbreak.

How: The coronavirus pandemic has tested the public health systems of every country around the world — and, for many, exposed shortcomings. Georges C. Benjamin details how citizens, businesses and leaders can put public health first and build a better health structure to prevent the next crisis. He envisions a well-staffed and equipped governmental public health entity that runs on up-to-date technology to track and relay information in real time, helping to identify, contain, mitigate and eliminate new diseases. Looking to countries that have successfully lowered infection rates, such as South Korea, he emphasizes the importance of early and rapid testing, contact tracing, self-isolation and quarantining. Our priority, he says, should be testing essential workers and preparing now for a spike of cases during the summer hurricane and fall flu seasons. “The secret sauce here is good, solid public health practice,” Benjamin says. “We should not be looking for any mysticism or anyone to come save us with a special pill … because this one was a bad one, but it’s not the last one.”