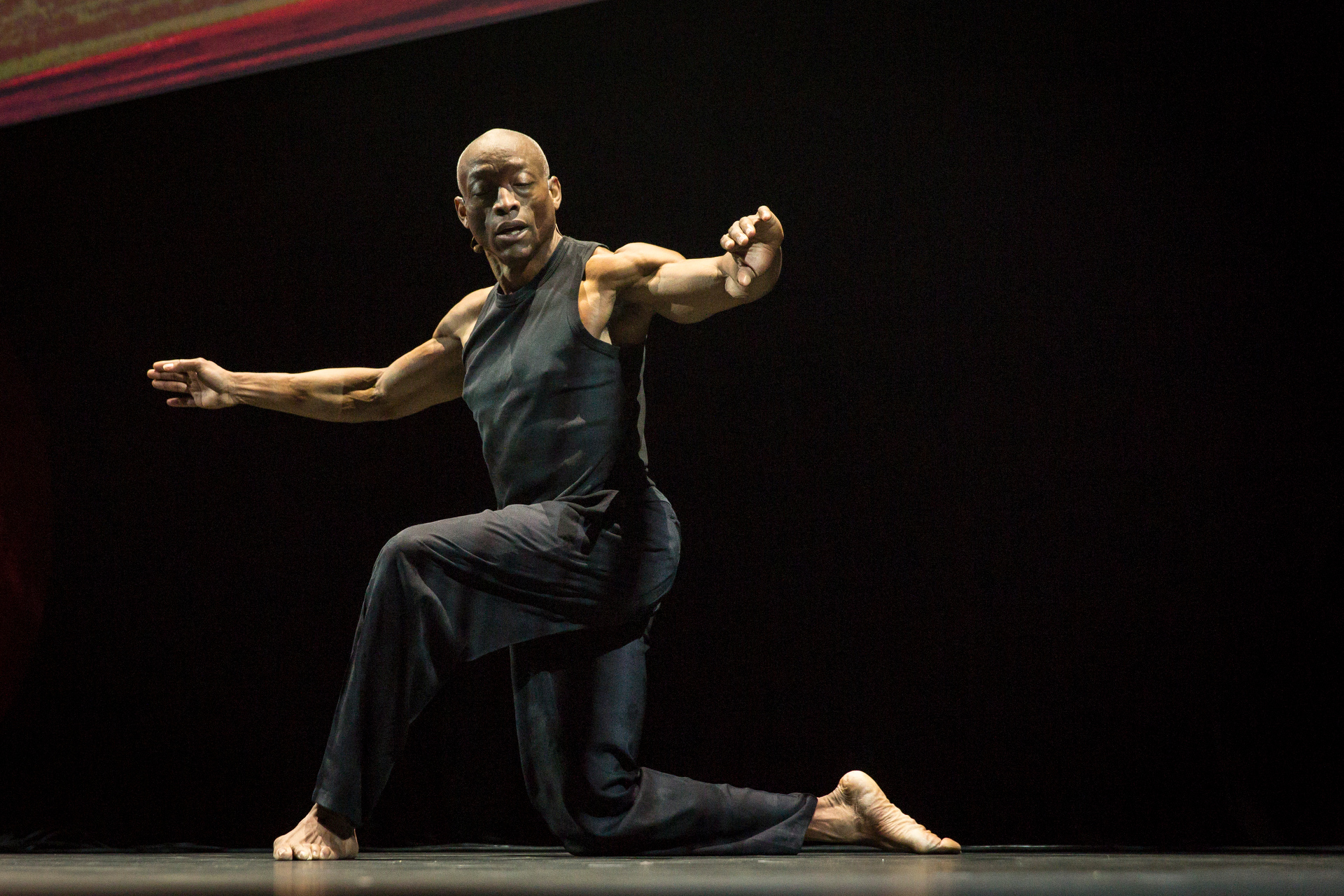 Where does creativity come from? In Session 7 of TED2015, we explore its bounds in design, art, dance, music, data visualizations and urban planning.

Stay beginners. “As humans, we get used to everyday things really fast,” says iPod originator Tony Fadell. It’s simple habituation – and it happens all the time. Take the sticker on a piece of fruit. When you first have to pick that little sticker off an apple and flick it off your finger, it’s annoying. The second, third time – annoying. But by the tenth time, you don’t even notice. It’s the job of designers to notice “those idiotic things we do every day” – and to try and fix them. “It’s easy to solve a problem that almost everyone sees,” says Fadell, “But it’s hard to solve a problem that almost no one sees.” During Fadell’s time at Apple, Steve Jobs encouraged his team to come in every day with fresh eyes – the eyes of the user. He called it “staying beginners.” It’s how Apple went against the common practice of forcing users to “charge battery before use” when they bought a new product. By staying beginners, Apple got the rest of the industry to follow suit. “There are invisible problems all around us,” says Fadell, “But first we need to see them, feel them.” He has some suggestions to start: look broader, look closer, think younger.

Bamboo is worth aspiring to. Elora Hardy makes pods in the sky look like heaven on Earth. She builds gorgeous curved structures in Bali almost entirely from bamboo and fills them with bespoke furniture, creating airy, light-filled homes that draw on a building tradition from across the tropics. Bamboo has the tensile strength of steel and the compressive strength of concrete. It’s a material that will, Hardy says, “treat you well if you use it right.” So how do you start to build with bamboo? Says Hardy, “Ask it what it’s good at. What does it want to become?” You’ll find then, that “Bamboo says to respect it; design for its strengths; and to make the most of its curves.”

The Red Circle and Blue Curtain. Next up, legendary choreographer Bill T. Jones teams up with TED Fellows Joshua Roman and Somi for an “encounter,” an improv collaboration they dreamed up just two days ago. Bill T. Jones, a commanding presence at center stage, begins to narrate, “Isadora Duncan, crazy long-legged woman in San Francisco, got tired of this country and wanted to get out,” he says. “She was famous around 1908 for putting up a blue curtain. We call this the Red Circle and Blue Curtain.” Jones moves fluidly across the TED carpet, inventing movements as he goes while Roman plays a soft, repetitive motif from Bach and Somi murmurs a vocal line from “Ave Maria.” Then: stop. “This is not the turn of the century,” he says. “This is Vancouver in 2015.” With that, he leaves the red circle and begins exploring the rest of the stage, as Somi scats and swings through a vocal improv and Roman plucks his cello strings. It’s a wild, rhythmic romp that moves some in the audience to tears. Including our host, June, who steps back onstage to marvel: “Two days ago, this didn’t exist.” 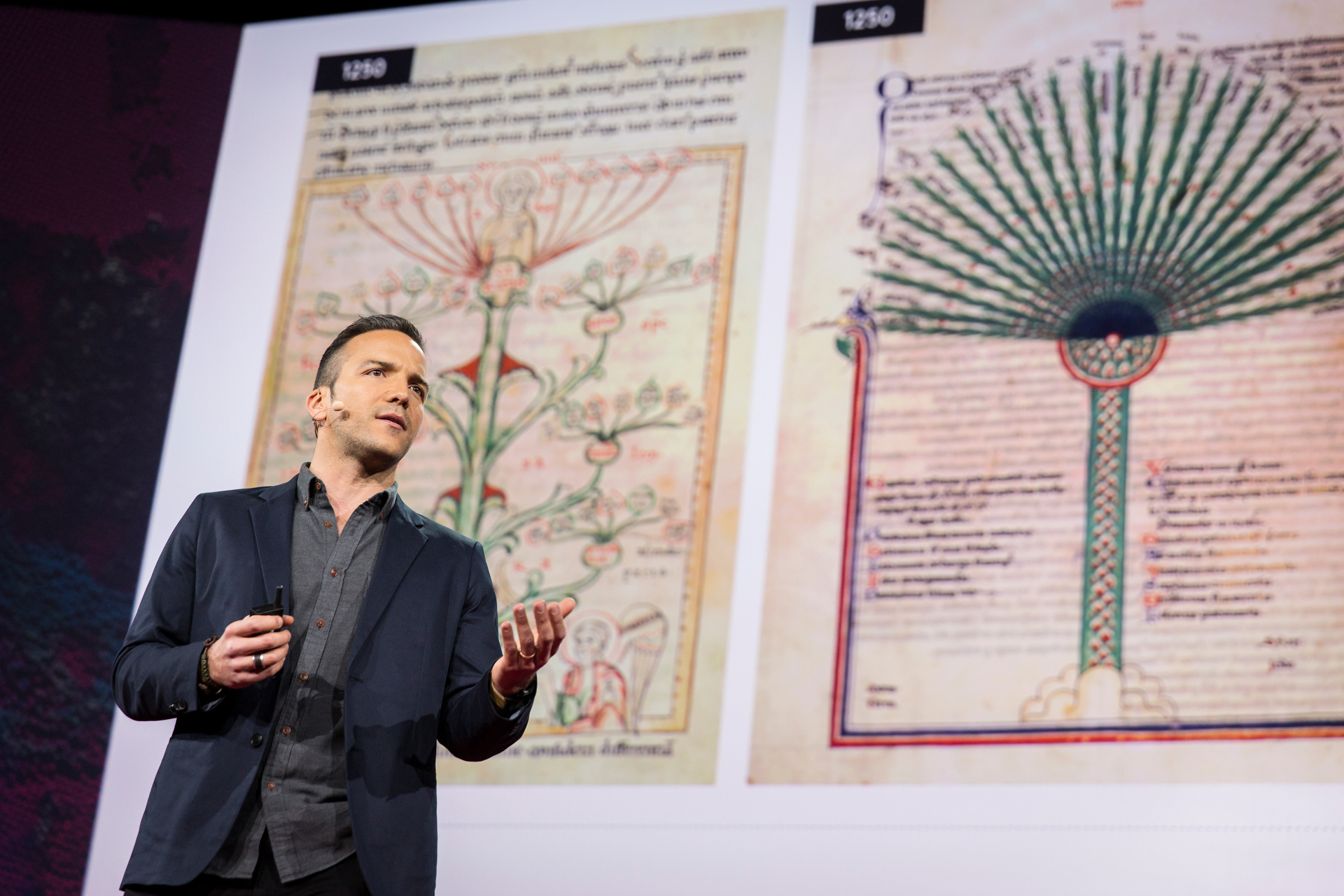 One of the oldest ways to display knowledge is in the form of a tree. Manuel Lima traces this almost millennium-old tradition. Photo: Bret Hartman/TED

Trees to networks. In a gorgeous talk bursting with elegant visualizations, data artist Manuel Lima explores the changing visual language that reflects and shapes our understanding of the world. Says Lima, “the great chain of being” is traditionally shown as a tree, a hierarchical top-down structure with God at the top, followed by angels, noblemen, animals and so on until the bottom. The tree has been used as a metaphor to visualize concepts like morality, genealogy, systems of law and species. And this makes sense, says Lima, because it plays to our desire to demonstrate “unity, order, balance, hierarchy, authority and symmetry.” But there’s a new visual model emerging to replace the tree, he says: the network. Networks illustrate interconnectedness and interdependence rather than hierarchy, and reflect a decentralization of knowledge into multiple domains. From radial convergence to arc diagrams, this “growing visual taxonomy” can help us analyze complex systems of knowledge, social ties, species and ecosystems — from mapping Wikipedia to classifying bacterial species to analyzing terror networks.

4 tips for great ideas. Anyone can have “super ideas,” says Richard St. John. He shares four strategies to help get you there. (1) Have a problem. “Because ideas are just solutions to everyday problems.” (2) Listen to what people around you are saying. “Ears are wifi for ideas,” he says. (3) Look around you. He shares the example of Richard Feynman, who says that his Nobel Prize was a direct result of seeing a plate flying through the Princeton cafeteria. (4) Write down your ideas. “If you don’t, they’ll fly away never to be seen again,” he says.

First a bowl, then a city. Theaster Gates says his training as a potter has been invaluable: “You quickly learn how to create great things out of nothing.” He tells the story of why he decided to take over a building in his Chicago neighborhood, Grand Crossing, “as an expansion and extension of my art … to try and get some activity happening on my block.” It became a center for performance art. Soon Gates found himself buying another building, the Listening Room, filled with a discarded archive. Next came the Black Cinema Center and then the Stony Island Arts Bank, all revitalized buildings in decaying neighborhoods. “What do we do if there ain’t nobody interested in living there? When the people who have the means to leave have already left?” says Gates. “I started imagining: what else could happen in this space? … I went from a bowl to a house to a neighborhood to a cultural district to thinking about the whole city.” To hear more about Gates’ idea to connect these buildings to create a “Versailles,” read a full recap of his talk.

Flamenco meets rock. Mexican guitar duo Rodrigo y Gabriela closed out the session with an electrifying acoustic performance. Opening with “Hanuman,” they drummed thumping rhythms with their palms, knuckles and thumbs on muted nylon strings, building anticipation. Playing with tempo and volume, Gabriela faded in and out, almost to silence, to set the stage for Rodrigo’s furiously fast riffs, reminiscent of both Spanish flamenco and heavy metal. Expertly dancing his fingers along the fretboard, eyes closed shut in concentrated passion, he played off of Gabriela’s pulsating strums and hits. Transitioning to “Soundmaker,” the duo ventured into the realm of funk while still maintaining their distinct percussion signature. Then, ending with “Tamacun,” they invited the audience to clap along to the stomping beat and get on its feet.

The session was a testament to the power of thoughtful design. In a short Q&A after his talk, Theaster Gates says something that all the speakers in this session seem to point to: “I believe that beauty is a basic service.” 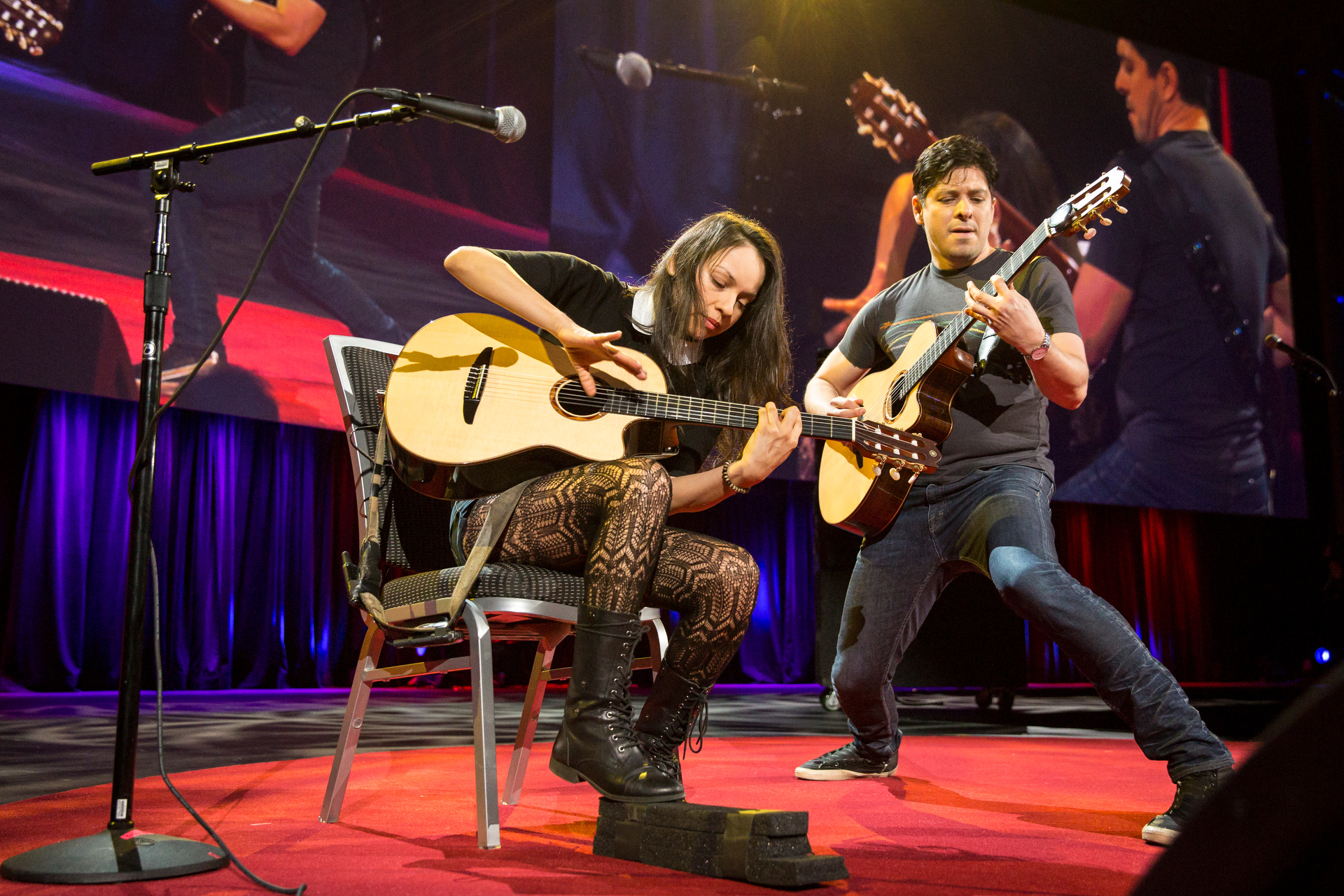