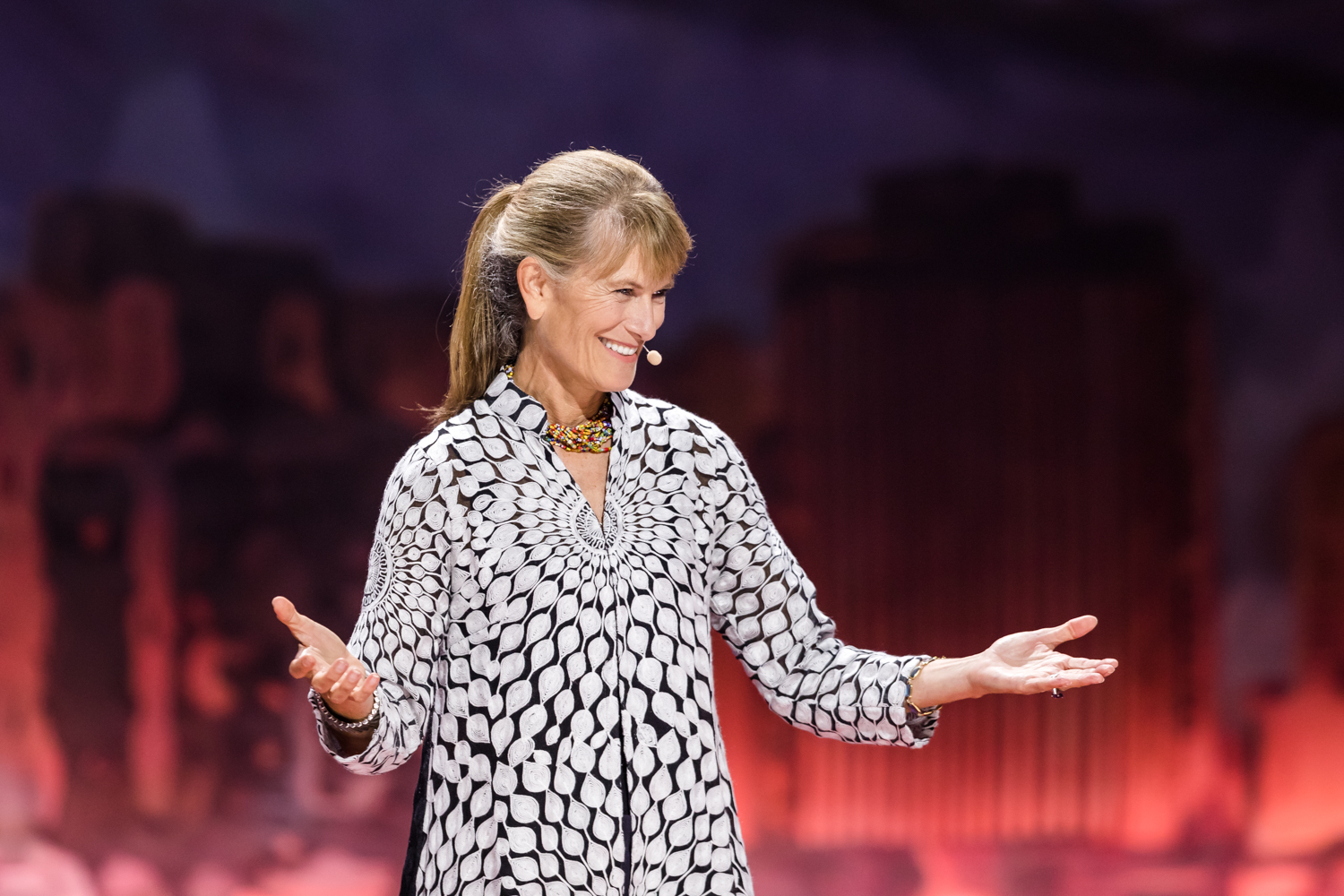 Jacqueline Novogratz hosts this session of TEDWomen 2017 — about the risks we take to create the world we want. . Photo: Stacie McChesney / TED

The suspension bridge, says Acumen founder and session host Jacqueline Novogratz, provides the perfect metaphor for the leadership we need to see in this “fractured, divided, too often cynical world.” Why? Because its structure balances a strong, deep, unwavering foundation with its ability to stretch across vast distances to connect and bring close. That’s precisely what we need to see in today’s moral leaders, says Novogratz. And that’s what we’re set to hear in this TEDWomen session, “Suspend.” 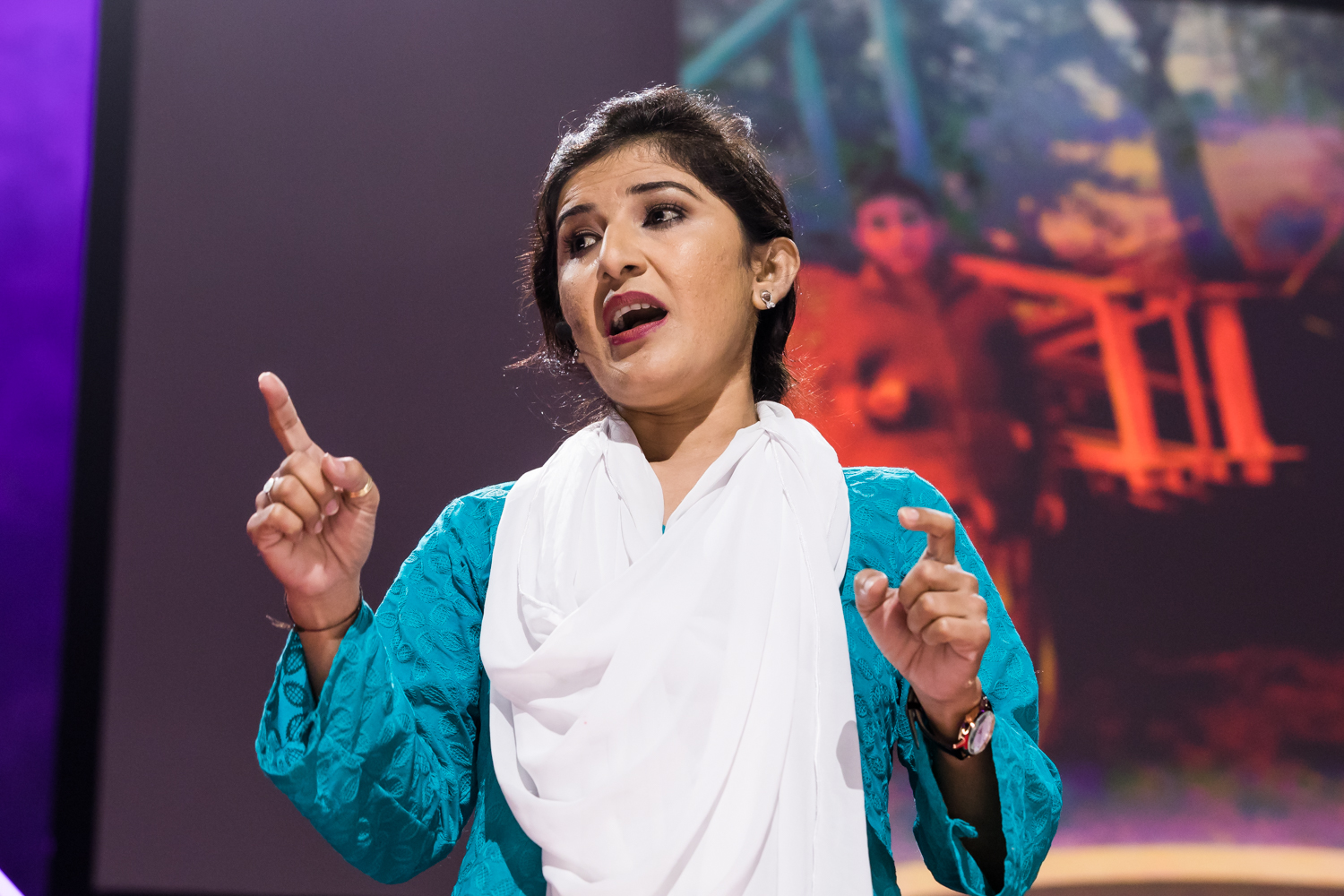 Shameem Akhtar is an education activist in her home of Pakistan, where she advocates for the education of women and girls. She speaks at TEDWomen 2017 in New Orleans. Photo: Ryan Lash / TED

To learn is to be free. Shameem Akhtar lived as a boy for most of her childhood, due to her uncle’s savvy thinking around the oppressive restrictions often placed on girls in their native Pakistani culture. She experienced the privileges and freedoms of being a boy — playing outside and, most important, going to school. An immutable passion was lit to study and learn, and be free, and she fought both to attend university and to take a job, in a culture where most women are expected to stay home. And then a funny thing happened; people noticed she was sending money home. “Over time, other parents begin sending their daughters to school,” she says. “Today, not a single girl from my village is out of school.” Change is slow and there is still much work to be done, but Akhtar is now a passionate advocate for girls’ rights and education. “The road is not easy, the destination is not close, but I have dreams in my eyes and I am not going to look back now,” she concludes, to great applause from an appreciative audience. (Note: this is Akhtar’s first visit to the United States. She arrived in New Orleans on Halloween. Talk about culture shock.) 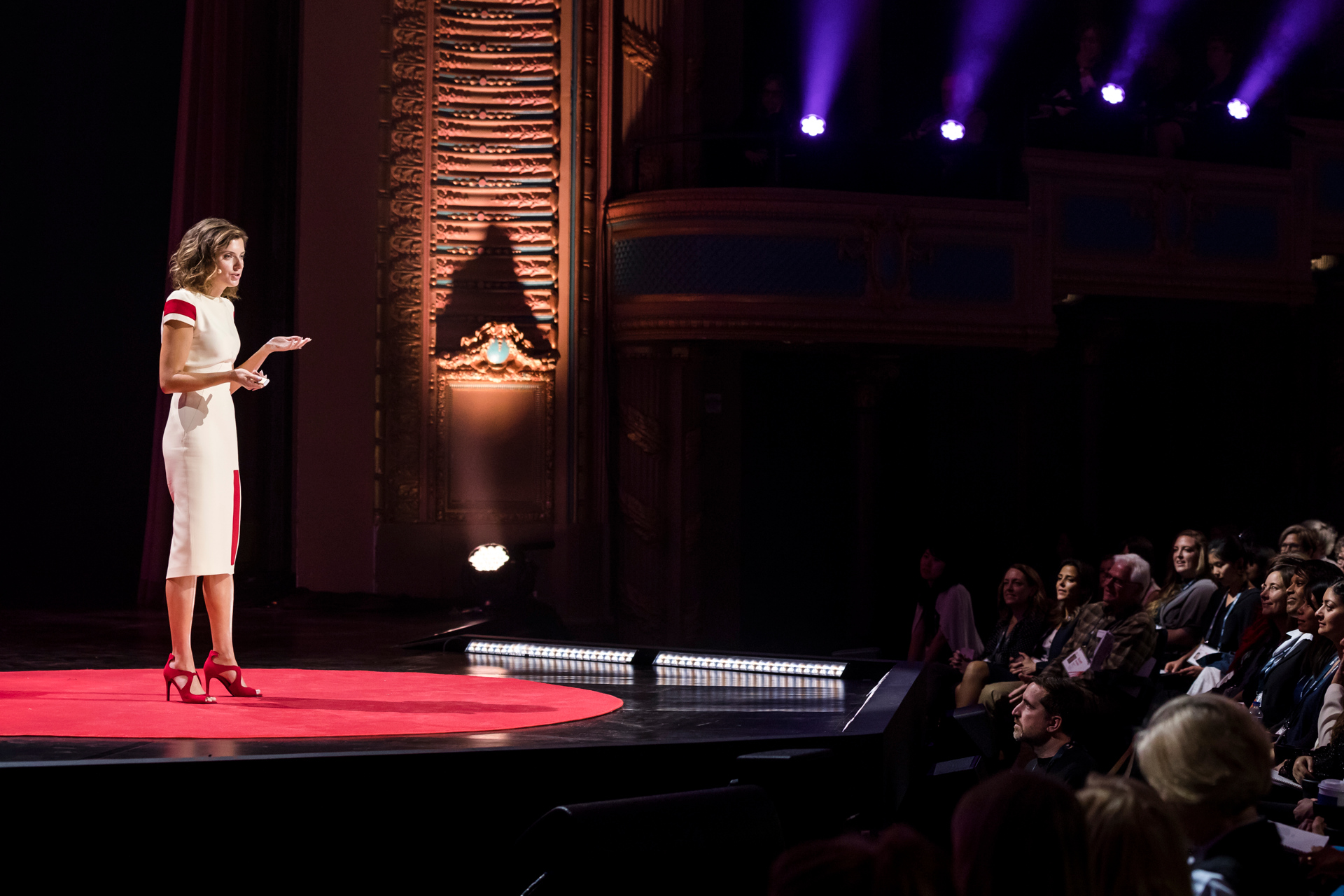 Lera Boroditsky studies how our language habits shape how we think and see the world, sharing amazing examples from many cultures. She speaks at TEDWomen 2017 in New Orleans. Photo: Ryan Lash

Does language shape how we think? Globally, there are about 7,000 languages spoken, all with different sounds, vocabularies and structures. “It begs the question, does the language we speak shape the way we think?” asks cognitive scientist Lera Boroditsky. It’s a long-standing (like, thousands of years), ongoing debate, but Boroditsky shares five examples from new research suggesting that the answer is … yes. For example, the Pormpuraaw, an Aboriginal tribe in Australia, use cardinal directions instead of words like left or right, helping them to stay better oriented than we used to think humans ever could be. “The beauty of linguistic diversity is that it reveals to us just how ingenious and how flexible the human mind is,” says Boroditsky. “Human minds have invented not one cognitive universe, but 7,000.”

Turning prison into a bridge to a better life. Six years ago, Teresa Njoroge was convicted of a financial crime — the end of a long string of false accusations against her, increasing attempts to bribe her, and a corrupt justice system in her home in Kenya. As the gates of Langata Women Maximum Prison closed behind her, she knew she was in for the toughest year of her life. But what she did not expect, she says, was the women, and their stories, she encountered there. “I realized,” she said, “that it wasn’t crime that put these women in prison. Far from it. It begun with lack of education, whose supply and quality is not equal for all, and a lack of economic opportunities, which pushes them to petty survival crimes.” Once she got out, she co-founded Clean Start, an organization that helps women and men of Kenya reconnect with life and opportunities after serving prison time. “We cheer them on,” she says, and “we never lose sight of who they are: men and women full of unleashed potential.”

“You Found Me.” Cellist and chanteuse Helen Gillet mixes her classical training, New Orleans-based jazz roots and free improvisational skills to perform her own eclectic musical fusion. Her powerful and innovative performance provides a dreamy, melodious change of pace for the audience. 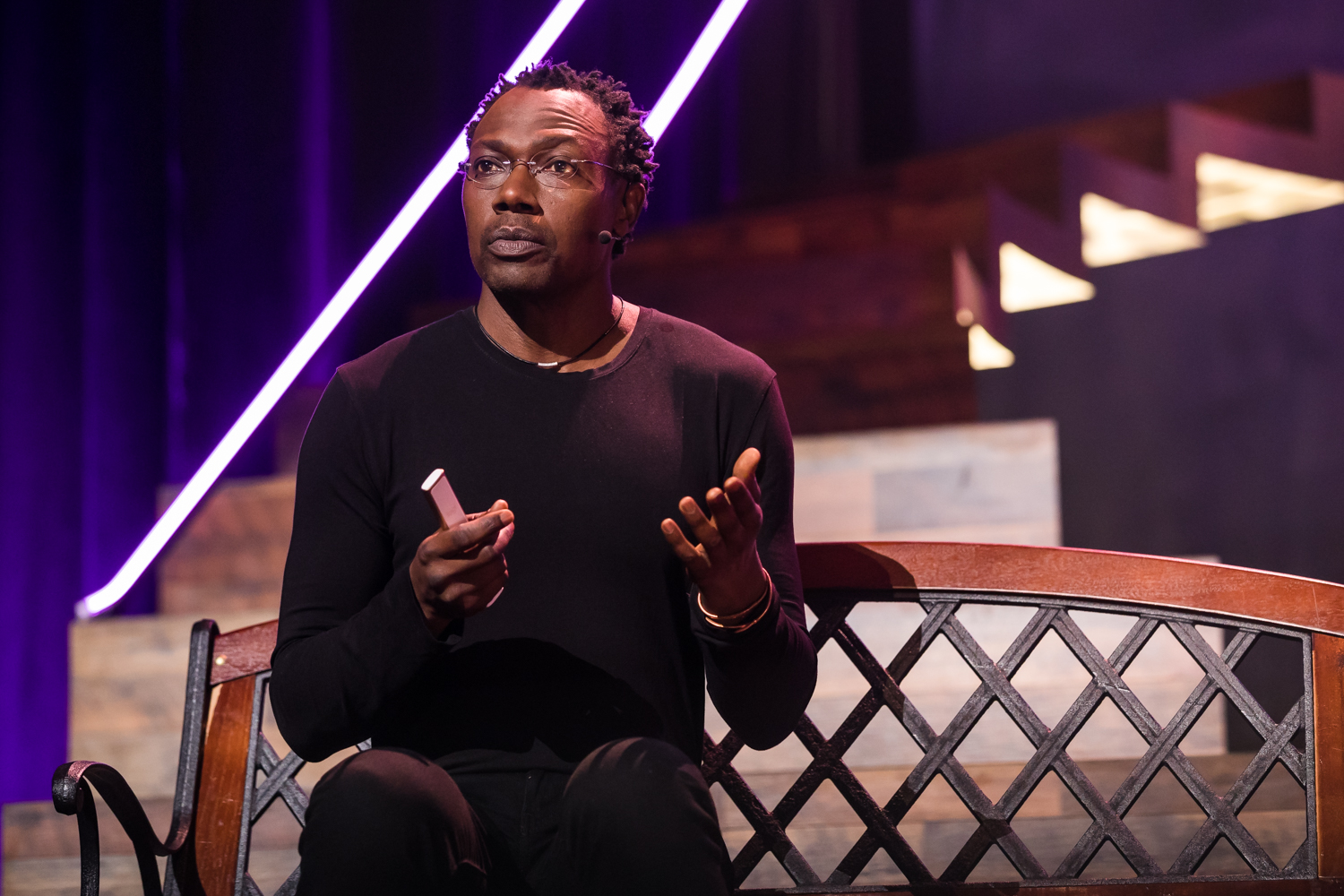 Granny power. Dixon Chibanda is here to share thoughts and insights as one of Zimbabwe’s 12 psychiatrists. That’s right. 12 — for a population of some 14 million. Realizing, sadly, that the country would never be able to scale traditional methods to treat those with mental health issues, Chibanda helped to develop a beautiful solution powered by a limitless resource. In 2006, he launched friendship benches, (wo)manned by grandmothers who are trained in evidence-based talk therapy (and themselves supported via their mobile phones). People who want to talk, are directed to seek their first line of treatment at a local bench. It’s so simple — and it works. “Today, hundreds of highly competent grandmothers who understand the basics of cognitive behavior therapy are working in over 70 communities across the country,” says Chibanda: More than 30,000 people received treatment at a friendship bench in Zimbabwe last year. Extraordinary.

Let’s talk shit (to solve our sanitation problems). Lindsay Stradley says our collective squeamishness at talking about waste is causing huge problems. For instance, not having an adult word for “poop” greatly diminishes our ability to talk responsibly or effectively about sewage and waste systems. She outlines how her Nairobi-based organization, Sanergy, uses an economic sanitation solution model that puts money back into the pockets of the citizens, dignity back into the hearts of those living in areas with poor sanitation and a lack of clean, safe toilets — and takes waste out of communities for the greater good. 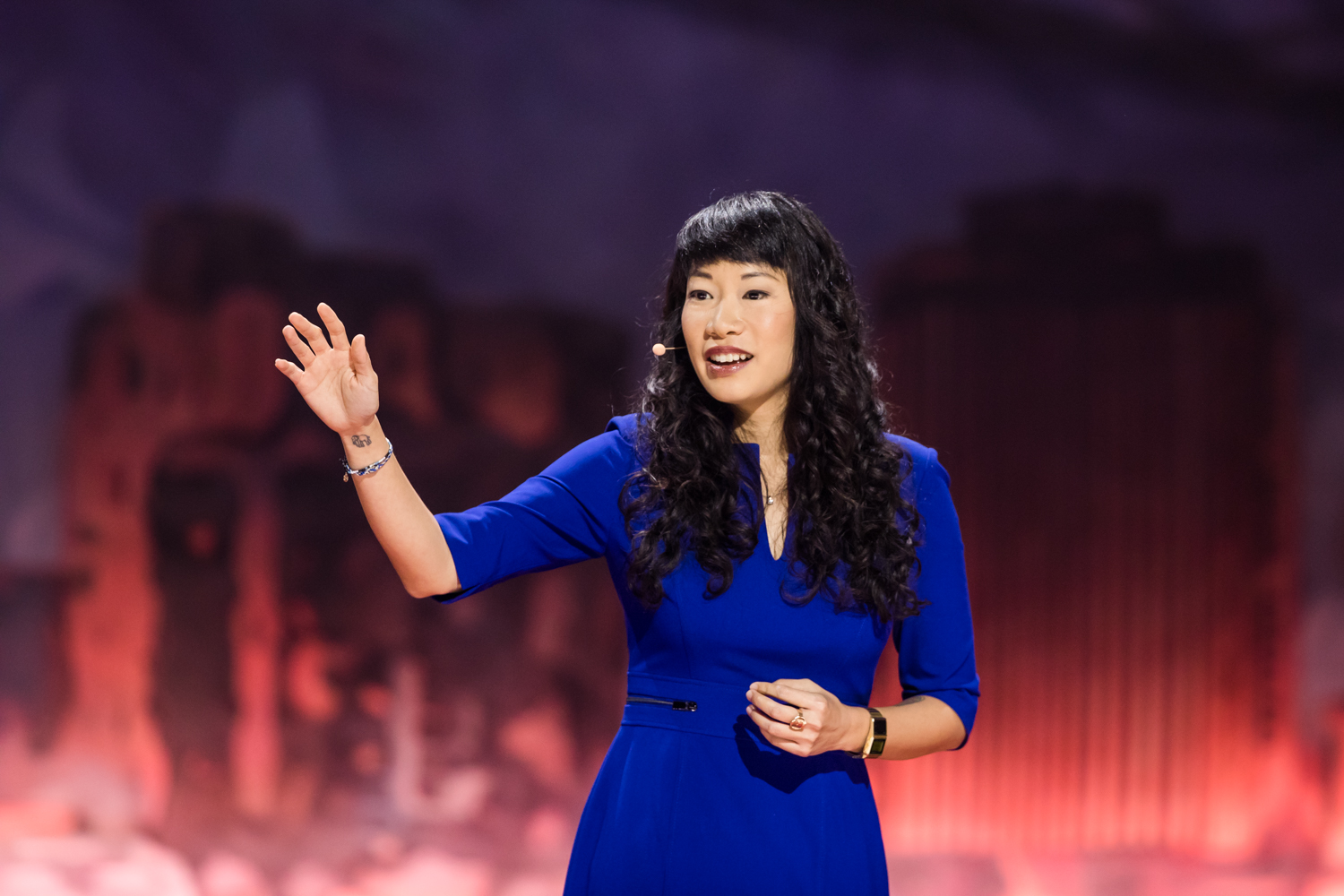 Steph Speirs is a solar entrepreneur whose own story upends the stereotypes about business leaders. She speaks at TEDWomen 2017 in New Orleans. Photo: Stacie McChesney / TED

Entrepreneurship that chips away at inequality. “My mom taught us that the American Dream wasn’t about the acquisition of stuff,” says solar entrepreneur Steph Speirs. “The American Dream was about choice, the choice to choose what you want to do — and with that choice comes dignity.” Many of the world’s most intractable problems, however, come down to a lack of choice. Consider energy. “Most people don’t think clean energy is an option,” she says, but the reality is that the cost of solar is lower than it’s ever been and could save people money if they could just access it. “The people who need energy savings the most, low-income renters like my mom, they’re going to be the least likely to get it right now,” she says. Through her company Solstice, Speirs and her colleagues are trying to get solar power to every American. “We can use our knowledge, our words and our time to chip away at inequality,” she says.

What’s your Ironman? Born in Bombay, Minda Dentler contracted polio before her first birthday, paralyzing her from the hips down. Adopted by an American family, she moved to Spokane, Washington, where she received medical treatment to walk with braces — and to learn she could do almost anything she could set her mind to. Which might be why, as an adult, she decided to compete in the Ironman triathlon in Kona, Hawaii: a 2.4-mile swim, a 112-mile bike ride, followed up with a full 26.2-mile marathon. Her first attempt was technically a failure … and a year later, she came back and completed the race. “For the first time in its 35-year history, a female wheelchair athlete completed the Ironman World Championship. It wasn’t just any female athlete; it was me, a paralyzed orphan from India,” she says. Having conquered both Kona and polio, she now has a new Ironman ahead: attempting to eradicate the disease that paralyzed her. 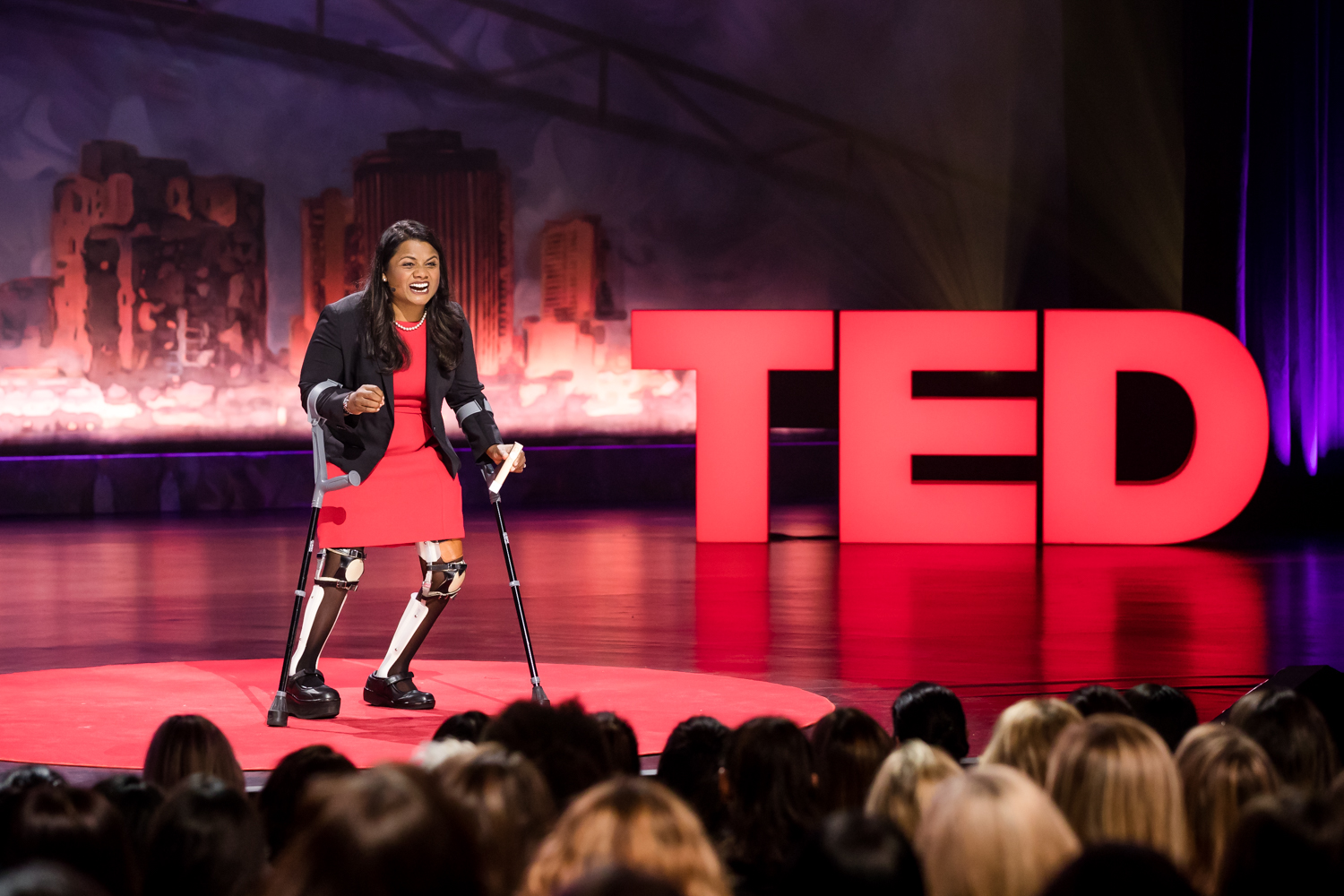