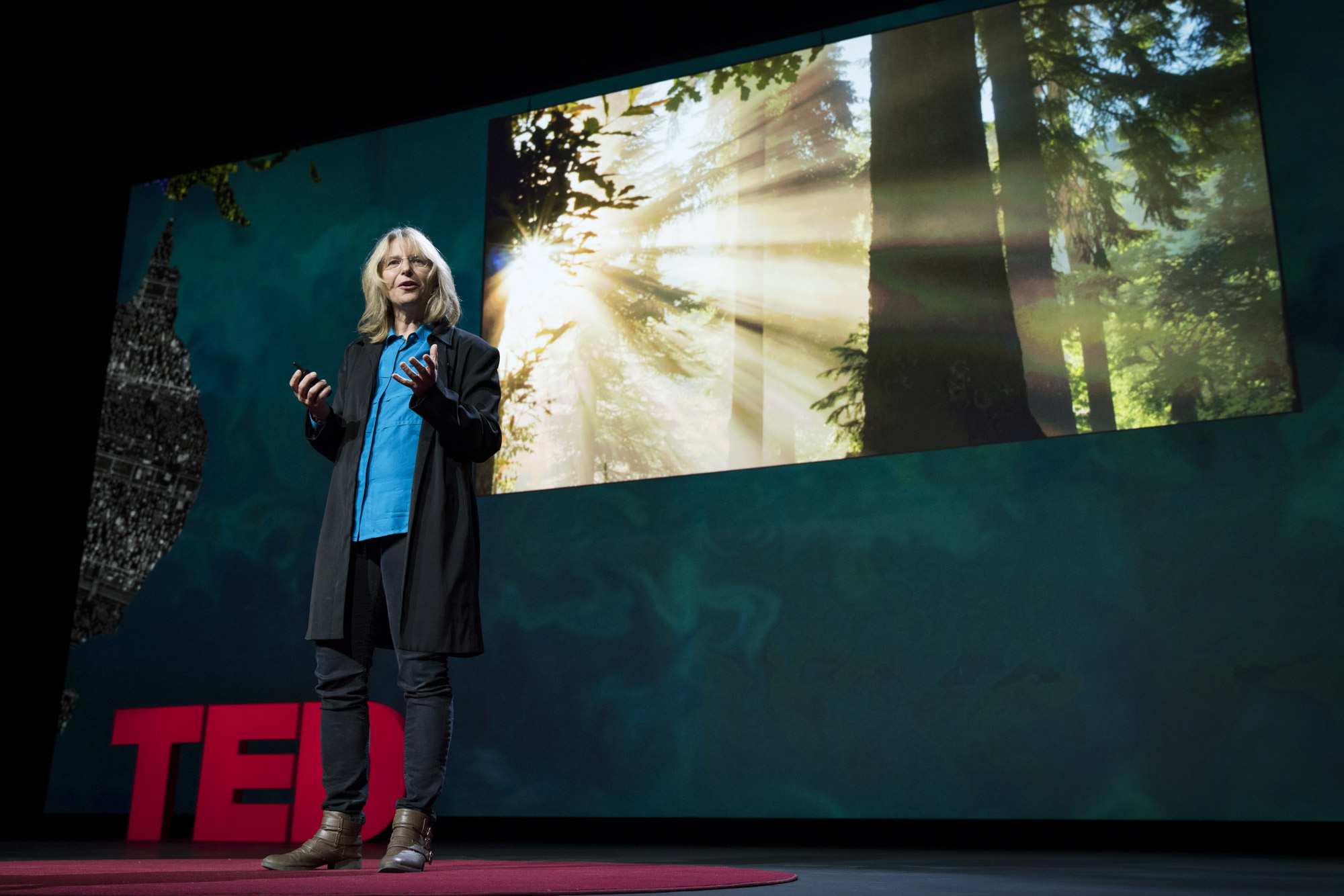 Have you ever stood among the trees — those tall, stoic, magnificent plants — listening to their leaves rustle in the wind and imagined quietly to yourself that they’re communicating in some way? Perhaps in whispers, or hushed voices?

It turns out that your imagination isn’t at wild as you might believe; Trees do, in fact, talk.

However, as forest ecologist Suzanne Simard discovered through her research, this communication happens not in the air but deep below our feet in an incredibly dense, complex network of roots and chemical signals.

“Trees are the foundation of a forest, but a forest is much more than what you see,” says Simard. “Underground, there is this “other” other world of infinite biological pathways that connect trees and allow them to communicate.”

Using 80 replicas of trees (birch, Douglas firs and other species), Simard observed the amazing interactions between different clusters of trees, noting that their relationships were dependent on factors such as proximity and how much shade they received on a given day. She found that trees were not competing but collaborating, sending things like carbon, water, nitrogen, phosphorus and even distress signals throughout their group as needed.

“The great thing about forests,” says Simard, “is that as complex systems, they have an enormous capacity to self-heal.”

One of the most incredible, visceral facts that Simard unearthed was the role of “mother” trees in these ecological communities. These more mature trees acts as hubs or anchors for tree groupings, and look after their families, nurturing seedlings and even sharing wisdom when they are injured or dying.

“In a single forest, a mother tree may be connected to hundreds of other trees,” she says.

On the TEDSummit stage, Simard shared her life’s work, this monumental evidence that may hopefully change some decision-making behind our terrible forest-clearing habits and instill in us the idea that, like humans and most living things, trees build families, form relationships and thrive best when surrounded by a diverse community of species and genotypes.

“You can take out one or two hub trees, but there’s a tipping point,” says Simard. “You take out one too many and the whole system collapses.”

To protect of forests, their livelihoods, and ultimately ours, we must reconnect with nature and save our old-growth forests, to regenerate and reinforce their strength as they deal with ever-looming threat of climate change.