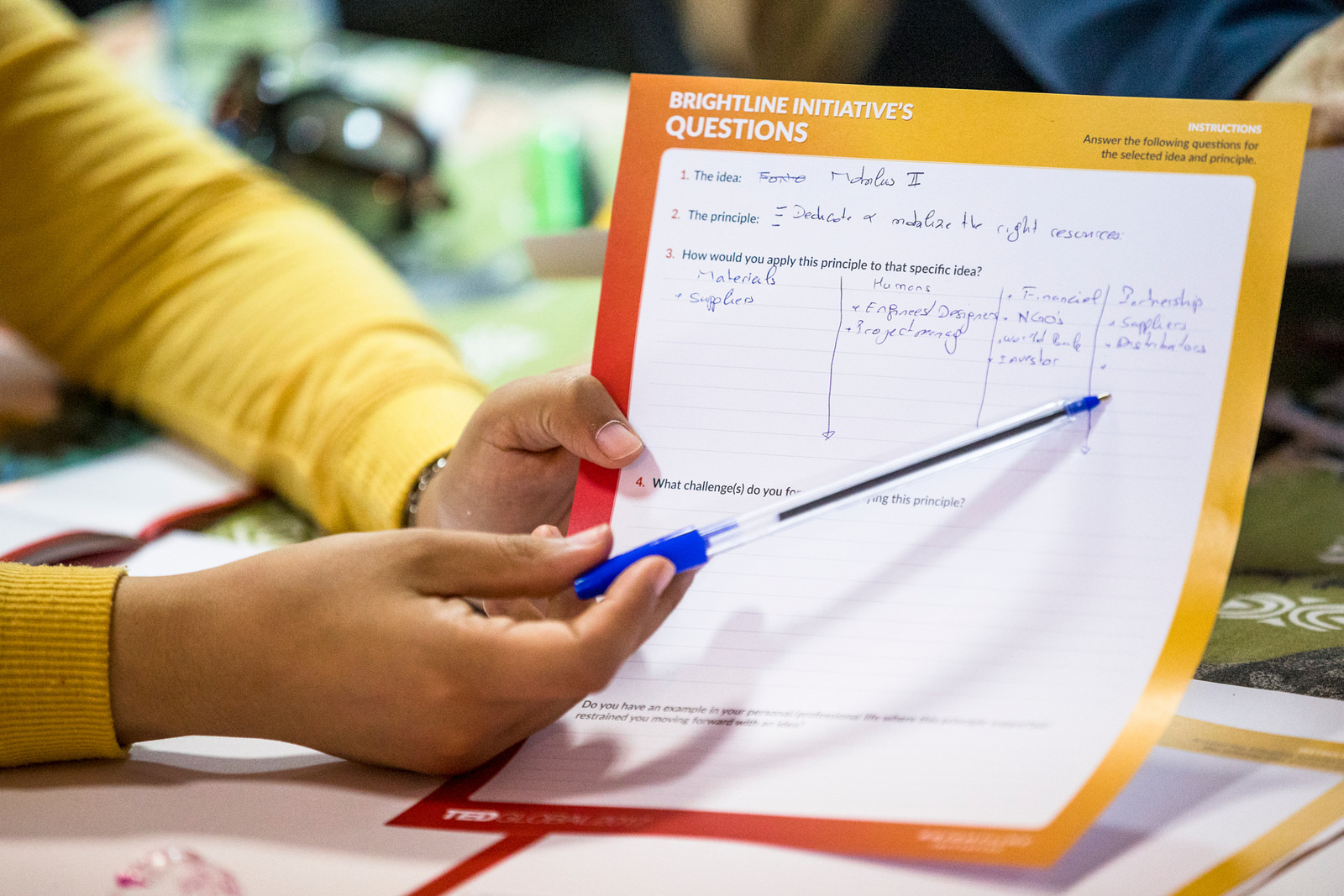 What’s a good way to remember an idea in the middle of a conference — so you can turn it into action? Take notes and brainstorm with others. At TEDGlobal 2017 in Tanzania, the Brightline Initiative inspired people to brainstorm ideas around talks they’d just watched, including Pierre Thiam’s celebration of the ancient grain fonio (watch this talk). (Photo: Ryan Lash/TED)

The Brightline Initiative helps executives implement ambitious ideas from business strategies, so it’s only fitting that the nonprofit group was onsite taking notes and holding brainstorms at TEDGlobal 2017 in Arusha, Tanzania. With the theme “Builders. Truth-Tellers. Catalysts.,” TEDGlobal was a celebration of doers and thinkers, including more than 70 speakers who’ve started companies, nonprofits, education initiatives and even movements.

We’re excited to share the Brightline Initiative’s just-released report on business ideas pulled from the talks of TEDGlobal 2017. These aren’t your typical business ideas — one speaker suggests a way to find brand-new markets by thinking beyond the physical address, while several others share how ancient traditions can spawn fresh ideas and even cutting-edge businesses. Whether you run a startup, sit in the C-suite or are known as a star employee, the ideas from these talks can spark new thinking and renew your inspiration.

Get the report here >>

PS: Look for more great ideas from the Brightline Initiative soon; this week at TED’s New York office, TED and Brightline partnered to produce an evening-length event of speakers who are creating change through smart, nuanced business thinking. Read about the event now, and watch for talks to appear on TED.com in the coming months.