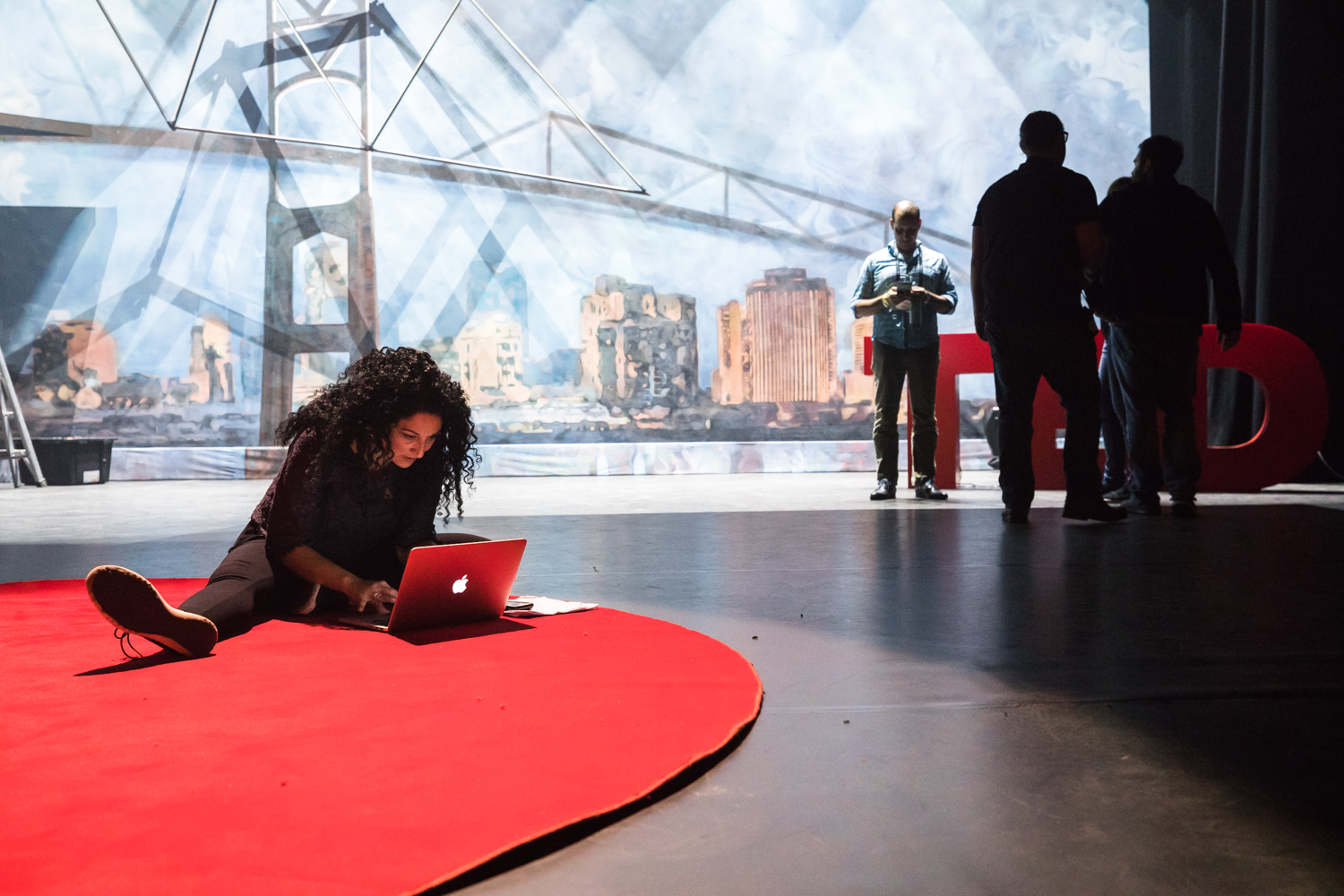 Rehearsal days involve a lot of laptop time as our video and stage teams fine-tune the details to create the amazing experience that will be TEDWomen 2017 in New Orleans. Photo: Ryan Lash / TED

We’re about to open the doors for the audience to join TEDWomen in New Orleans — three days of powerful talks from women and men that take on the issues breaking now and share soul-deep ideas for creating better lives going forward. TEDWomen is happening in an astonishing theater, new to us and freshly renovated but nearly a century old. In itself it’s a story of renewal and rejuvenation: Flooded during Katrina, the theater was meticulously restored and reopened in 2015. During our rehearsal and setup says, we’re pretty unabashedly taking hundreds of pictures of this glorious interior — which is about to rock with the sounds of the Lake Area Girls Choir backing the Broadway star Deborah Cox.

Photographer Ryan Lash captures this amazing theater from three angles — from the top of the house, from the first balcony, and a reverse shot from backstage capturing yet another impromptu crew meeting on the red circle. 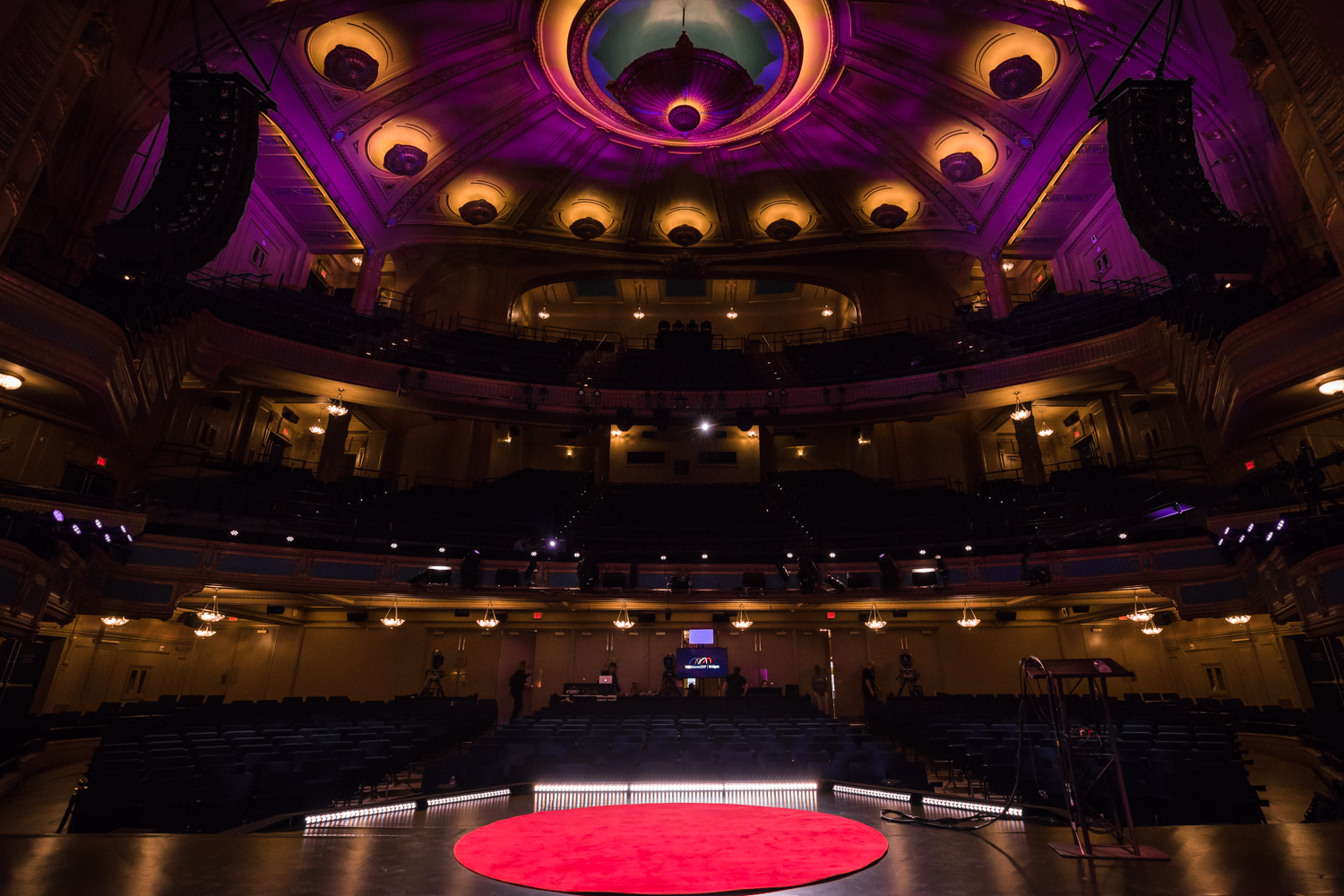 The speaker’s-eye view from the red circle, looking out at the audience seating at the Orpheum Theater in New Orleans. Photo: Ryan Lash / TED

Follow news from TEDWomen in a bunch of ways — here on the TED Blog, on @TEDTalks, on the hashtag #tedwomen. Tune in for some amazing Facebook Live interviews with four speakers throughout Thursday and Friday. And of course, look for talks from TEDWomen that will post on TED.com throughout the year to come!