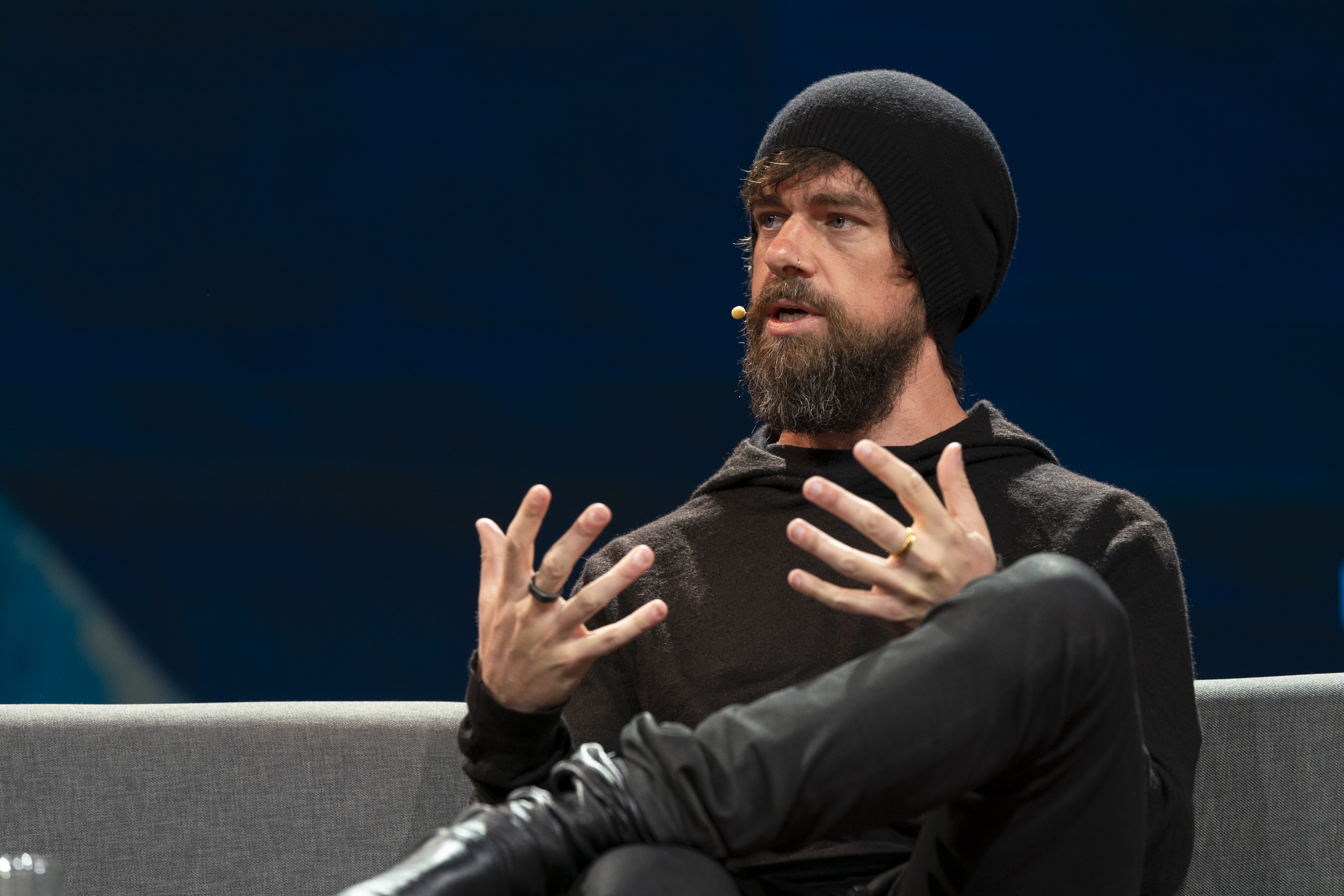 Jack Dorsey, CEO of Twitter and Square, speaks about Twitter’s impact on the global conversation at TED2019: Bigger Than Us, on April 16, 2019, in Vancouver, BC, Canada. (Photo: Ryan Lash / TED)

Jack Dorsey is a bit of an enigma. The CEO of Twitter and Square, Dorsey is known for his amazing sense of calm in turbulent times — while his network takes a serious chunk of the blame for the divisiveness seen around the world, both online and off.

At TED2019, head of TED Chris Anderson and TED current affairs curator Whitney Pennington Rodgers join Dorsey to discuss Twitter, the health of the global conversation and how the service could change what it incentivizes users to do — moving away from outrage and mob behavior and towards productive, healthy conversation. Online, users were asked to send in questions via Twitter using the hashtag #AskJackAtTED, and their questions were displayed live on screens behind the stage.

So to start: What worries Jack? “The health of the conversation,” he says. “Our purpose is to serve the public conversation, and we have seen a number of attacks on it. We’ve seen abuse, we’ve seen harassment, we’ve seen manipulation, automatic and human coordination, misinformation … What worries me most is our ability to address it in a systemic way that is scalable.”

And an undue portion of that abuse and harassment is directed toward people of color, specifically black women, Pennington Rodgers notes. How is Twitter creating a safe space for these people?

“It’s a pretty terrible situation when you’re coming to a service where, ideally, you want to learn something about the world, and you spend a majority of your time reporting abuse, receiving harassment,” Dorsey says. “Last year, we decided that we’re going to apply a lot more machine learning, a lot more deep learning to the problem, and try to be a lot more proactive, so we can take the burden off the victim completely.”

Dorsey says that, as of today, about 38 percent of abusive tweets are flagged by algorithms, so users don’t actually have to report them: “That’s up from 0 percent about a year ago.” But humans still review anything that’s flagged before taking it down.

Twitter is also focusing on representation within the company itself. “We can’t build a business that’s successful unless we have a diversity of perspective inside our walls that actually feel these issues every single day.”

What else could change to shift behavior on the platform, to combat harassment and the feeling that Twitter is some sort of gladiatorial combat zone, where harassment and insults reign supreme? “If I had to start the service again, I probably would not emphasize the follower count as much. I would not emphasize the ‘like’ count as much. I don’t think I would even create ‘like’ in the first place — because it doesn’t actually push what we believe now to be the most important thing, which is healthy contribution back to the network.”

Turning to Twitter’s role in elections, Dorsey describes a project to measure conversational health. The company worked with Cortico, a nonprofit affiliated with the MIT Media Lab, to create four measurable indicators of conversational health: shared attention, shared reality, receptivity and variety of perspective. “Implicit in all four of these is the understanding that, as they increase, the conversation gets healthier and healthier,” he says.

But the service needs help — not just indicators — fast. One of the questions flooding in from the online audience asks a question many are asking: What is Twitter doing to get rid of Nazis and other hate groups?

Dorsey says that the company is focused on conduct, like patterns of harassment, more than content. While Twitter has taken some action on the KKK, the American Nazi Party and others, he acknowledges there’s plenty of work left to do, and that people can’t do it alone.

“I don’t think our rules are very understandable,” Dorsey says. “We’re simplifying the rules so that they’re human-readable, so that people can actually understand, themselves, when something is against our terms and when something is not … Our big focus is on removing the burden of work from the victims — both the humans receiving the abuse and the ones having to review it.”

Looking ahead, Dorsey wants Twitter to be a place for reflective engagement, even if that means sacrificing time spent on the site — a major driver of ad revenue. “More relevance means less time on the service, and that’s perfectly fine,” he says.

That said, getting users (and keeping them) on the site every day is definitely important. “Our goal right now, the metric that’s most important, is one around daily active usage,” Dorsey says. “Are we actually delivering something that people value every single day?”

But that doesn’t necessarily mean people will see things they value every day. What about those who are drawn in by the outrage, by the chance to add fuel to the fire, pushing daily active usage — and anger — up?

“You can’t just optimize around one metric,” Dorsey admits. “Ultimately we want to get a metric that says: ‘I learned something from Twitter, and I’m walking away with something valuable.'”

Beyond metrics, how can Twitter dial up the urgency and move on the threats posed to democracy and culture by some of its users?

“We could do a bunch of superficial things, but we need the changes to last,” Dorsey says. “That means questioning how the system works and how the framework works and what is needed for the world today, given how quickly everything is moving … Quickness will not get the job done; it’s focus, it’s prioritization; it’s understanding the fundamentals of the network and building a framework that scales and that is resilient to change — and being open about where we are so we can continue to earn trust.”