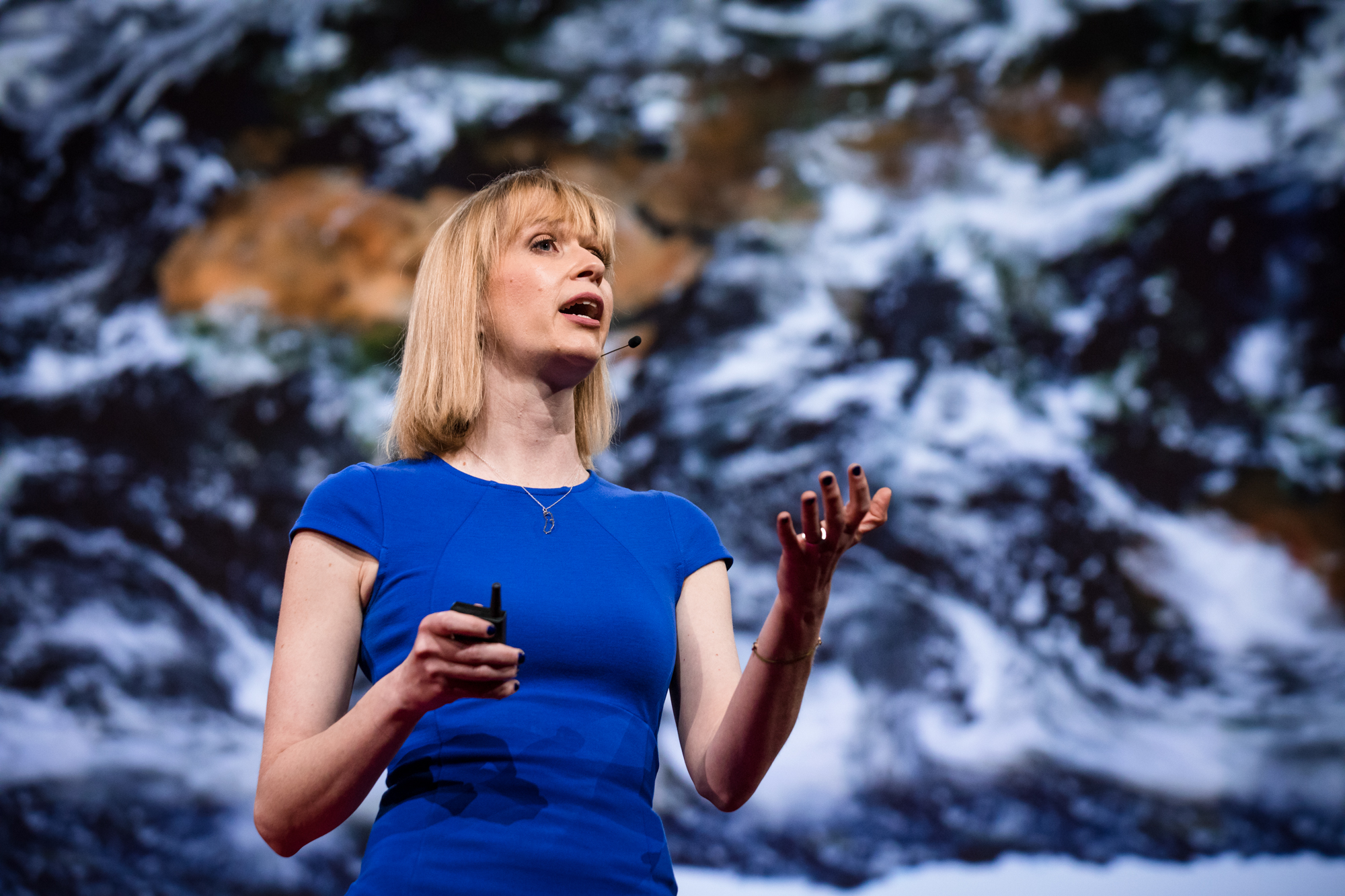 Kate Marvel is a climate scientist — but she hates weather. She doesn’t want to experience clouds, let alone study them, but they seem to follow her wherever she goes.

Clouds are one of the great challenges for climate science: we don’t know how they’ll react as the planet heats up, and hidden in that uncertainty is the chance of a miracle. That is, it’s possible that clouds could resist global warming, or at least buy us some more time to fix things.

We’re sure about some things: carbon dioxide is a greenhouse gas, we’re emitting lots of it, and the planet is heating up. But we still haven’t answered the big question: How hot is it going to get?

To understand the future, we have to rely on computer simulations and climate models. These models aren’t perfect; they’re supposed to be useful. And the ways in which they’re wrong can actually teach us a lot.

For example, all climate models show the world getting warmer — but some predict utter disaster while others are literally more chill. So why don’t different climate models agree on how warm it’s going to get? To a large extent, it’s because they don’t agree on what clouds will do in the future. And this is because, just like Marvel, computers hate clouds.

“To accurately model clouds, we’d have to track the behavior of every water droplet and dust grain in the entire atmosphere, and there’s no computer powerful enough to do that,” Marvel explains.

Clouds are crucially important in regulating the temperature of our planet. In fact, if all clouds went away, we’d experience profound climate changes. “But without clouds, would it be colder or warmer? The answer is both,” Marvel says.

Clouds come in all shapes and sizes, and their diversity makes their impact hard to understand. Low, thick clouds are a very effective planetary sunshade, reflecting about 20 percent of everything the sun sends us. But high clouds in the upper atmosphere trap heat from the planet’s surface. “The planet is trying to cool itself off, but high clouds are getting in the way,” Marvel explains. “The result is a very powerful cloud greenhouse effect.”

Right now, clouds both massively heat and cool the planet. Even small changes to cloud cover can have large consequences. So we have to ask: How will clouds change global warming? “That’s where there might be space for hope,” Marvel says.

If global warming triggers cloud changes that make for a less powerful greenhouse or more effective sunshade, that would enhance the cooling power of clouds and act in opposition to global warming, Marvel explains. That’s what’s happening in the climate models that project relatively muted warming.

But they can also make global warming worse.

Clouds are moving. As the planet’s temperature increases, high clouds rise up. They move into the colder upper atmosphere, and even as the planet heats up, high clouds don’t. This intensifies their greenhouse effect.

Clouds are moving in other dimensions, too. On large scales, they seem to be moving from the tropics toward the poles. (It’s basically the opposite of what your grandparents are doing.) And if your job is to block sunlight, you’ll be more effective in the tropics, where the sun’s more intense, than in higher latitudes. This will also make global warming worse.

In the end, there is no observational indication that clouds are acting to substantially slow down global warming. It seems unlikely that the Earth will break its own fever.

“We still don’t know for sure what the future holds, but we’re sending our kids to the future, and they’re not coming back,” Marvel says. “I want them to be prepared for what they’ll face. This is why it’s so important to keep our Earth-observing satellites up there, and to hire smart, diverse people to improve climate models.”

“We are so lucky to be here. And we might get lucky again,” Marvel says. “It’s possible that Nature will act to save us from ourselves. But I wouldn’t bet on it. I don’t think that clouds will save the planet — I think that’s probably up to us.”