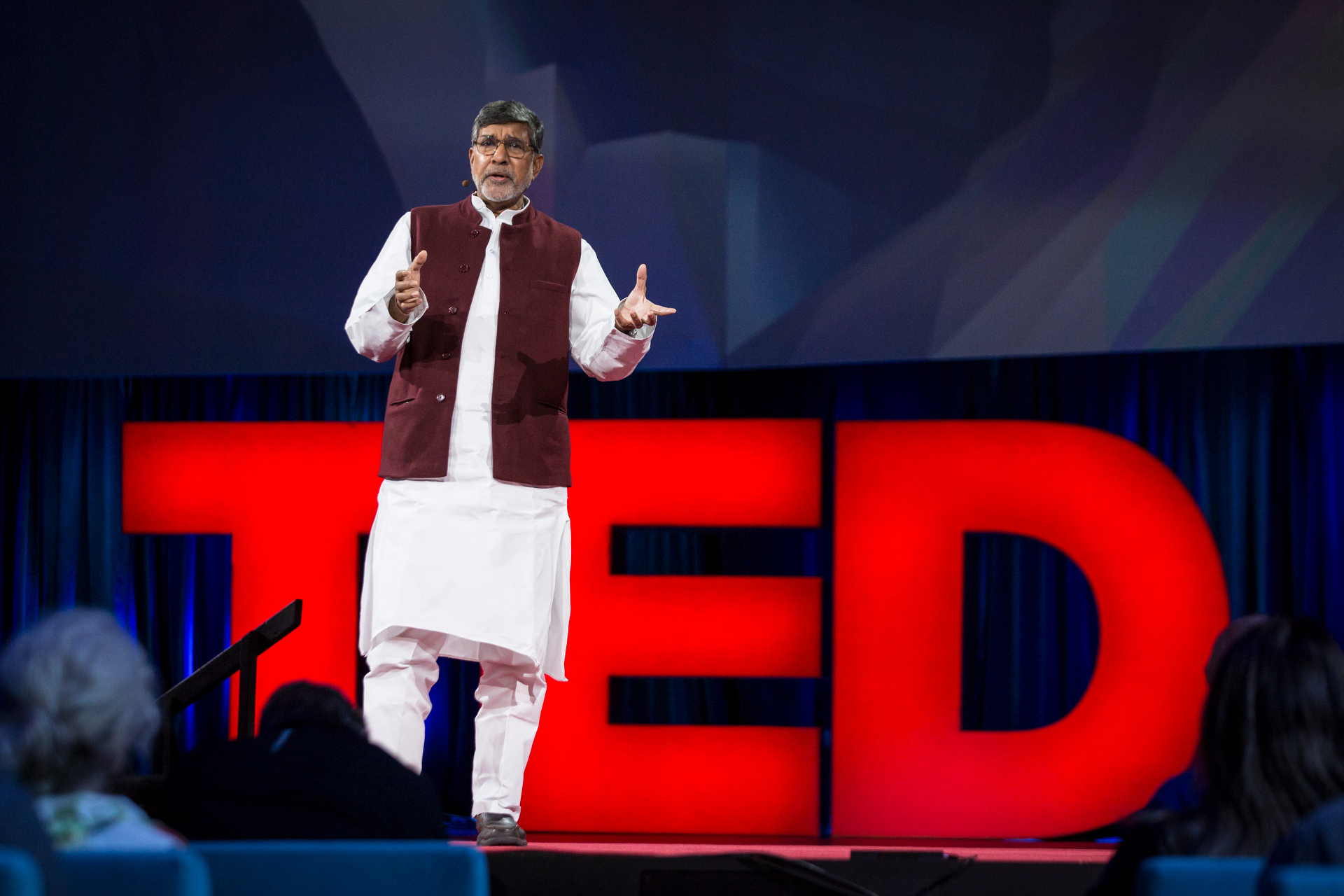 Kailash Satyarthi was awarded the 2014 Nobel Peace Prize, along with Malala Yousafzai, for his work helping children. Photo: Bret Hartman/TED

“All my best ideas were born of anger,” says children’s rights activist Kailash Satyarthi. As the first speaker in the closing session of TED2015, Satyarthi shows how fury can be an underestimated power to make change.

It’s the energy that’s informed his entire career — and led to his winning the Nobel Peace Prize in 2014. Says Satyarthi, when he was eleven, he saw his friends forced to leave school when their parents couldn’t afford textbooks – and that made him angry. When he was twenty-seven, he heard a slave’s plight at his daughter being sold into a brothel – and that too made him angry. At the age of fifty, he says, lying in the street in a pool of blood with his son, he was really, really angry.

“For centuries,” says Satyarthi, “We were taught that anger is bad.” “Our parents, teachers and priests — everyone taught us how to control and suppress our anger.” But why? As Satyarthi has found, some of his best ideas have come from rage.

This was crystallized in the way Satyarthi got his name. For Mahatma Gandhi’s birth centenary in 1969, a fifteen-year-old Satyarthi wanted to celebrate in his honor – with members of the untouchable class in his community, which was completely taboo. His town leaders were already speaking out against the caste system, so Satyarthi suggested a dinner together with members of the lowest caste as a way of setting an example.

Satyarthi persuaded all involved parties until they all finally agreed. On the day of the dinner, five members of the untouchable class came in their nicest clothes. At seven o’clock they sat down with Satyarthi, and … they waited. The leaders didn’t show up. At eight, Satyarthi rode his bicycle to the homes of the several leaders to remind them of the dinner, and was sent away.

“That made me angry,” he says with intensity on stage.

Later that night when Satyarthi came home, exhausted, several members of the high caste were waiting for him. They threatened to out-caste his family, “the biggest social punishment.” At last they agreed on a punishment just for Satyarthi: purification, a 600-mile walk to the Ganges, after which he would have to wash the elders’ feet and drink from the dirty water. “It was total nonsense,” says Satyarthi. His anger coursing deep, he “decided to outcaste the entire caste system.”

So he left his high-caste surname and adopted the name Satyarthi, which means “seeker of truth.” And in his capacity as truth-seeker, he has had a lifetime of astounding social good.

Drawing on his anger, he has helped bring about the fall of child labor in South Asia by 80 percent; he and his group have physically freed 83,000 children from slavery. “I’m urging you to become angry,” Satyarthi tells a rapt audience. “Because the angriest among others is the one who can transform his anger into idea and action.”