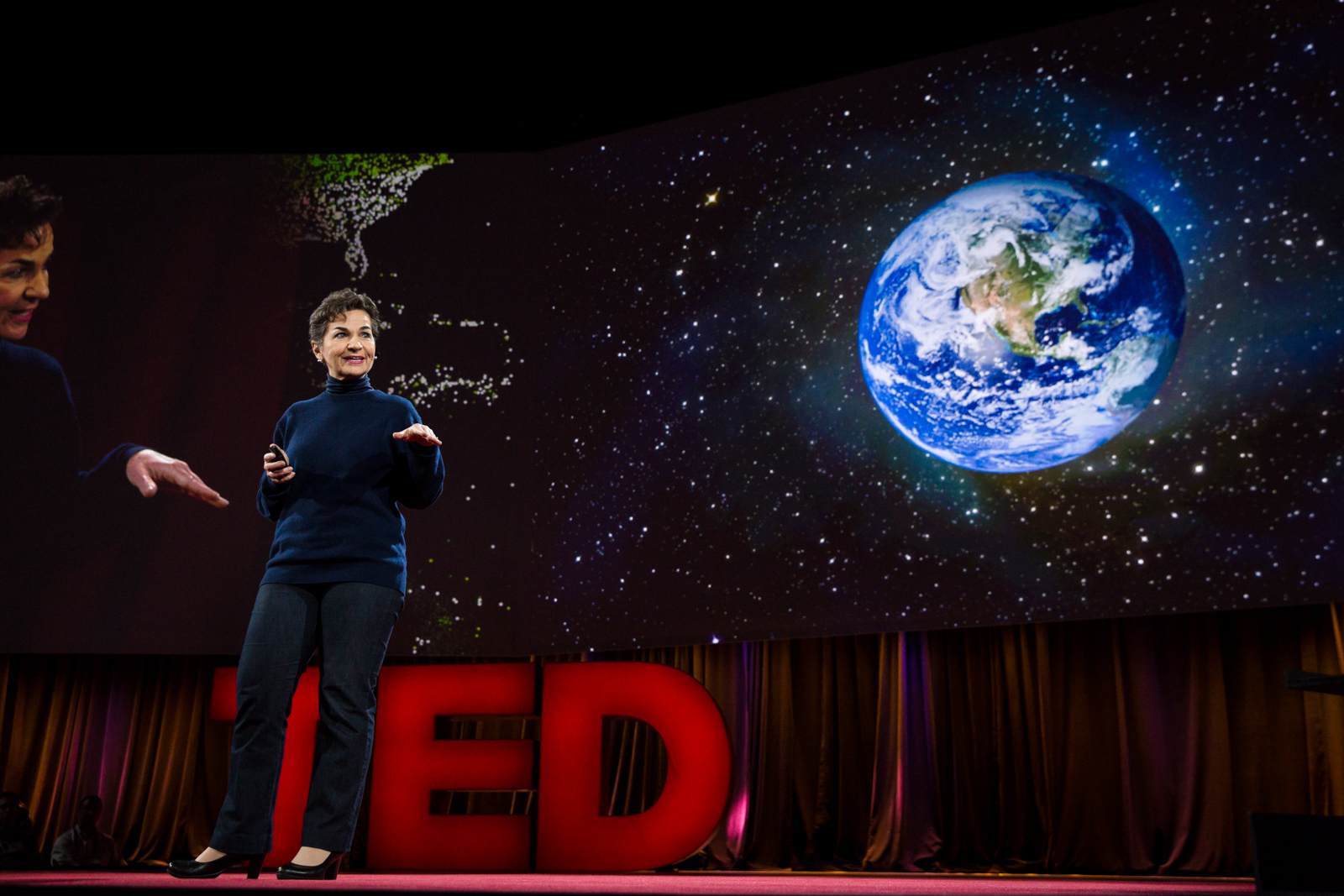 In 2009, six months after a spectacularly failed climate change summit in Copenhagen, Costa Rican diplomat Christiana Figueres was appointed executive secretary of the UN Framework Convention on Climate Change. Her job: Leading the next round of international climate change negotiations.

At that time, no one believed that we could ever get a global climate change agreement. “In fact,” Figueres says, “Neither did I.”

Tasked, essentially, with saving the planet — with full responsibility and absolutely no authority, as all governments are sovereign — Figueres panicked.

In her first press conference in her new official capacity, a journalist asked Figueres if she thought a climate change agreement was possible. Her response: “Not in my lifetime.”

“You can imagine the faces of my press team,” she says, “who were horrified at this crazy Costa Rican woman who was their new boss.”

Six year later, that horror has turned to optimism.

On December 12, 2015, in Paris, under the United Nations, 195 governments came together and decided, unanimously, to intentionally change the course of the global economy in order to protect the earth and improve the quality of life for all of us.

So how did this remarkable achievement happen?

“Impossible is not a fact, it’s an attitude,” Figueres says, thinking back on that first press conference. “And I decided, right then and there, that I was going to change my attitude, and I was going to help the world change its attitude on climate change.”

She had no idea how we were going to solve climate change, but she knew we had to change the tone of the conversation. “There is no way you can deliver victory without optimism,” she says.

So she channeled courage, hope, trust, solidarity and the fundamental belief that we humans can come together and help each other to better the fate of mankind. And for six years, she has stubbornly and relentlessly injected optimism into the system.

“We began to see that clean technologies, in particular renewable-energy technologies, began to drop in price and increase in capacity,” she says. These new technologies bring us cleaner air, better health, better transportation, more livable cities, more energy security and more energy access to the developing world. “In sum, a better world than what we have now,” Figueres says. Perhaps more important, the economic equation changed, and the realization that clean technologies could improve the bottom line set in across industries.

The shift caused a change in perspective on the part of governments, who realized it was now in their national interest to engage in sustainable development. They were ready to converge onto a common path, and 189 governments submitted comprehensive climate change plans, the measurement and reporting of which is legally binding, to the UN.

“The checkpoints that we’re going to have every five years to assess collective progress toward our goal are legally binding,” Figueres says, “and the path itself towards a decarbonized and more resilient economy is legally binding.”

Whereas before we had a small handful of countries who had undertaken reduced, short-term emission reduction commitments, now we have all countries of the world contributing with different intensities and approaches to a common goal.

“Once you have all of this in place and you have shifted this understanding, then you see that governments were able to go to Paris and adopt the Paris agreement,” Figueres says.

Figueres describes the day that agreement was signed: 5,000 people, jumping out of their seats, crying, clapping, screaming, yelling, torn between euphoria and, still, a disbelief at what they had just seen.

“I’m the first one to recognize that we have a lot of work still to do,” Figueres says. “We’ve only just started our work on climate change … But I do believe that we have come, over the past six years, from the impossible to the now unstoppable.”