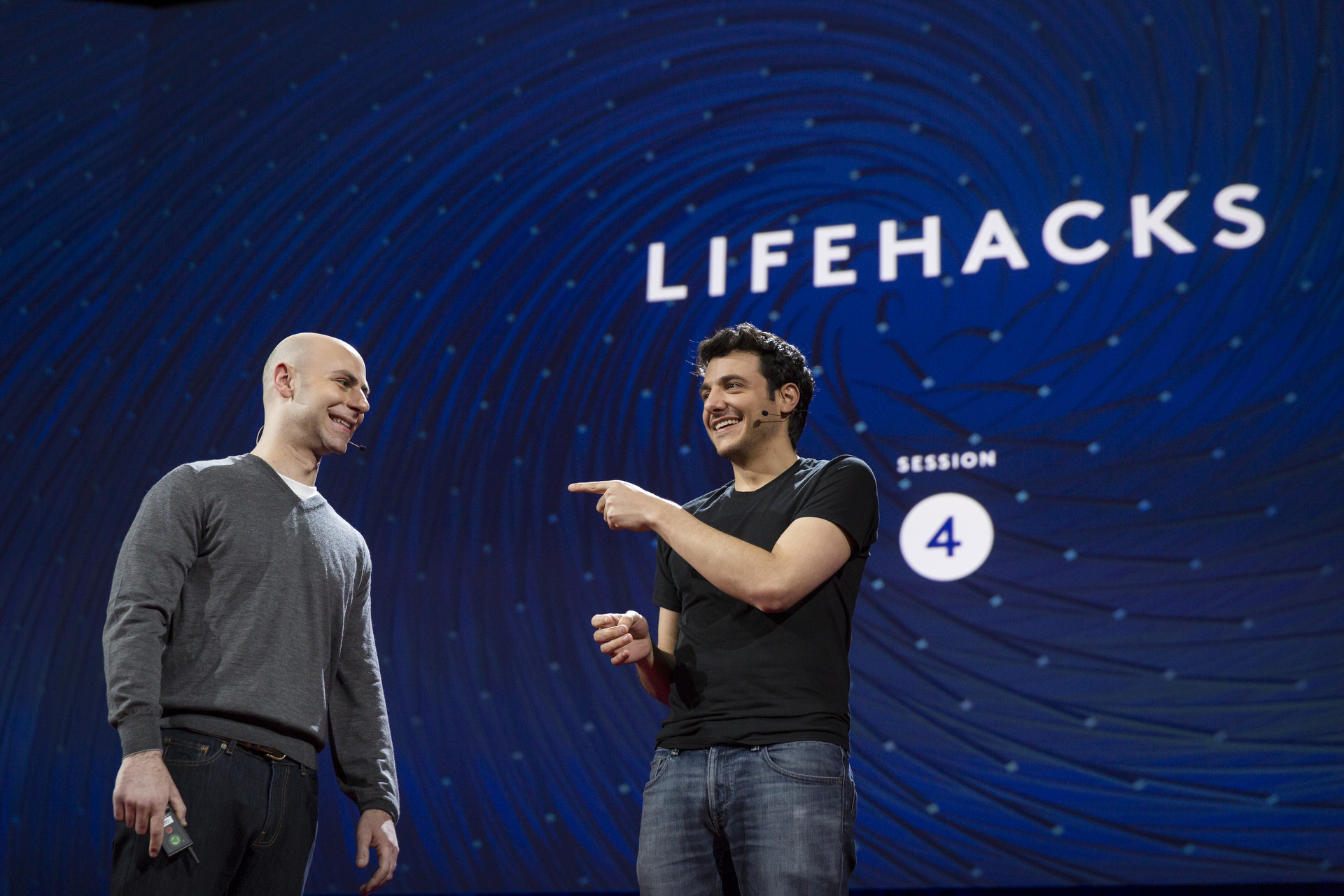 The second day of TED2016 brought wisdom for within and discoveries from without. Below, highlights for you following at home.

Procrastination works … for some. Session 4 speakers Tim Urban and Adam Grant take two positions on procrastination: The former thinks it can be a huge, crippling problem; the latter realized his “pre-crastination” was getting in the way of much-needed time to think creatively. Which side of the debate are you on?

When faced with a medical problem, unique inspiration can strike. Franz Freudenthal helped heart patients in the oxygen-deficient Andes, thanks to specially-designed heart stents made of smart material. The design was inspired by the handicrafts of indigenous Bolivian women. And Joseph Ravenell explained how the local barber is helping him improve medical care for black men.

Soon you’ll be able to enter the void. The newest in virtual reality technology is site-specific. The most popular installation at TED2016 is THE VOID, a game that involves touch — you enter a virtual world where you carry a torch, face a fire-breathing sea serpent, and traverse a crumbling temple. The first VOID space will open in Utah in the fall.

Put your faith in strangers: Kio Stark, self-described stranger enthusiast, and Airbnb’s Joe Gebbia both spoke against ‘stranger danger.’ Stark encouraged us all to eschew categories of “I don’t know that person” and embrace the possibility of a small, genuine experience in the street, while Gebbia said that through small design elements we can create a platform that encourages trust, even among total strangers.

Space archaeology is a real thing … and all of us can do it. Sarah Parcak located the lost city of Tanis, and found 17 potential unknown pyramids. She’s a space archaeologist, and as the winner of the 2016 TED Prize, she plans to build a citizen science game that will let you channel your Indiana Jones daydreams. This platform won’t be live until the summer or fall, so sign up for updates.