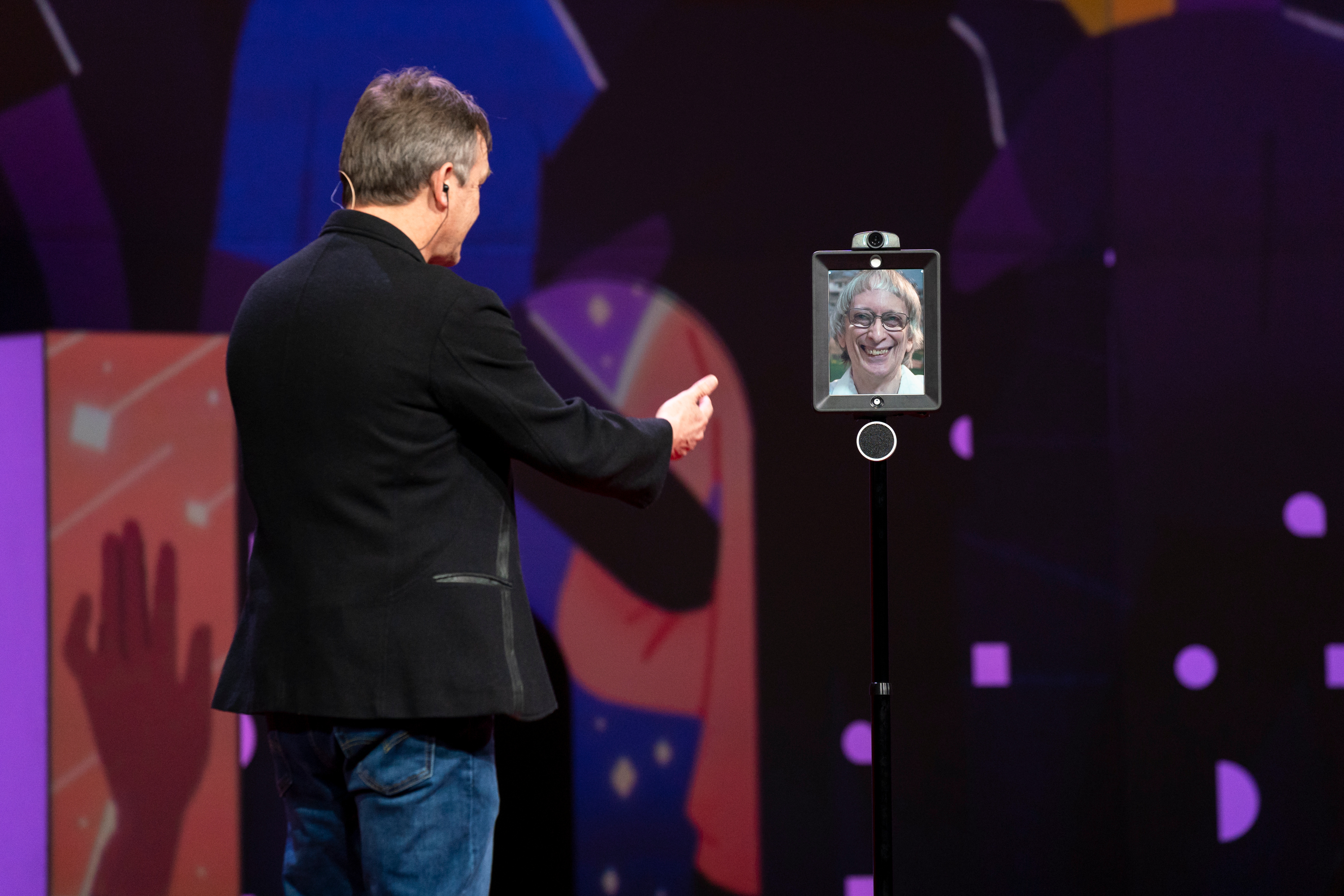 Live from Oxford via remote-controlled robot, David Deutsch explains how our ability to attain knowledge could take us across galaxies. He speaks at TED2019: Bigger Than Us on April 16, 2019 in Vancouver, BC, Canada. (Photo: Marla Aufmuth / TED)

Session 3 featured a dazzling celebration of intelligence — from the knowledge coded in our DNA (and a new way we could rewrite it) to one of the most astonishing tech demos ever seen at TED. Let’s jump right in.

Physicist, author, Oxford professor and father of quantum computing David Deutsch, who delivered his talk via a remote-controlled robot 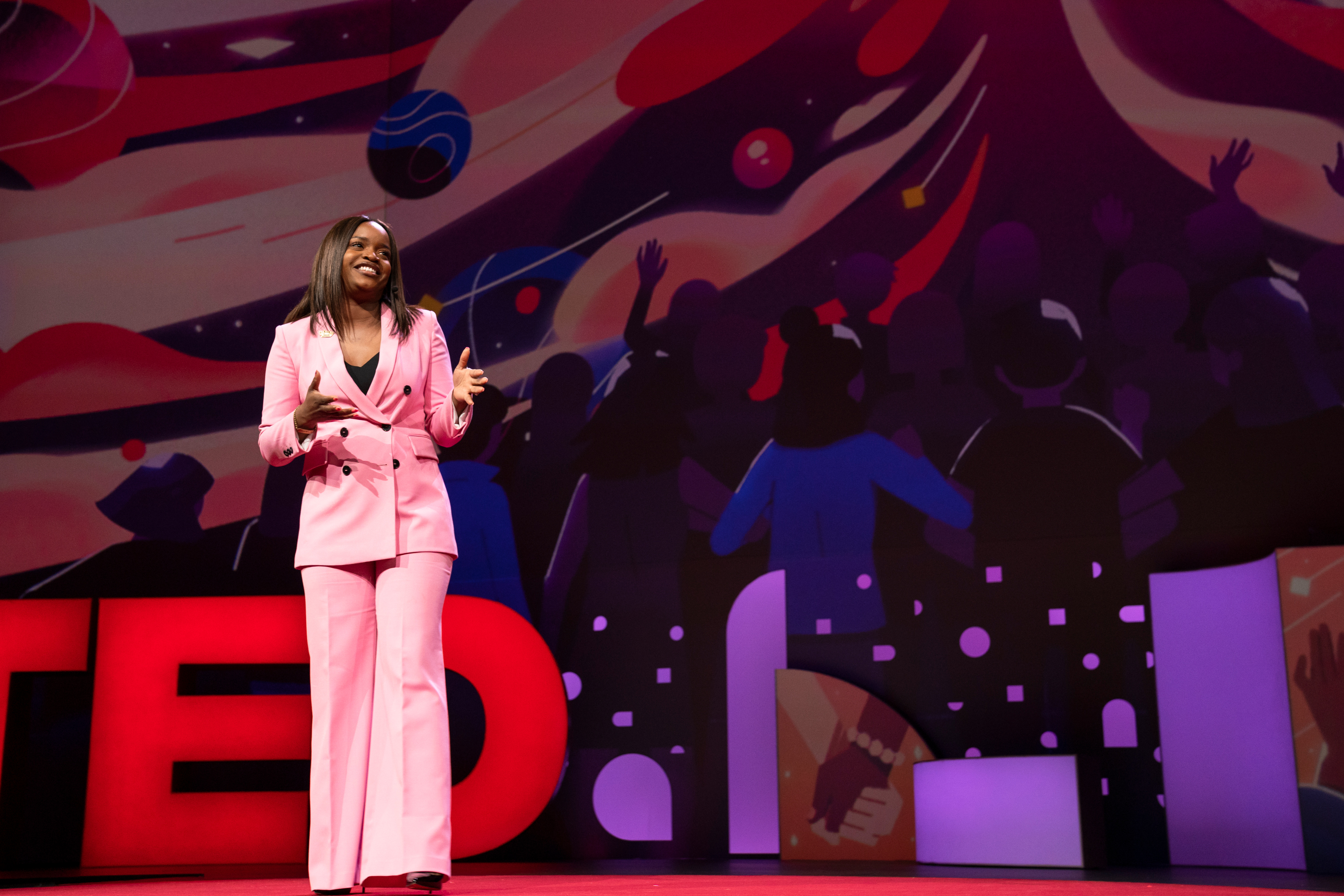 Confidence invites us to perform with certainty, to operate differently when we’re sure we can win. Brittany Packnett lays out the three things you need to grow your confidence as she speaks at TED2019: Bigger Than Us on April 16, 2019 in Vancouver, BC, Canada. (Photo: Bret Hartman / TED) 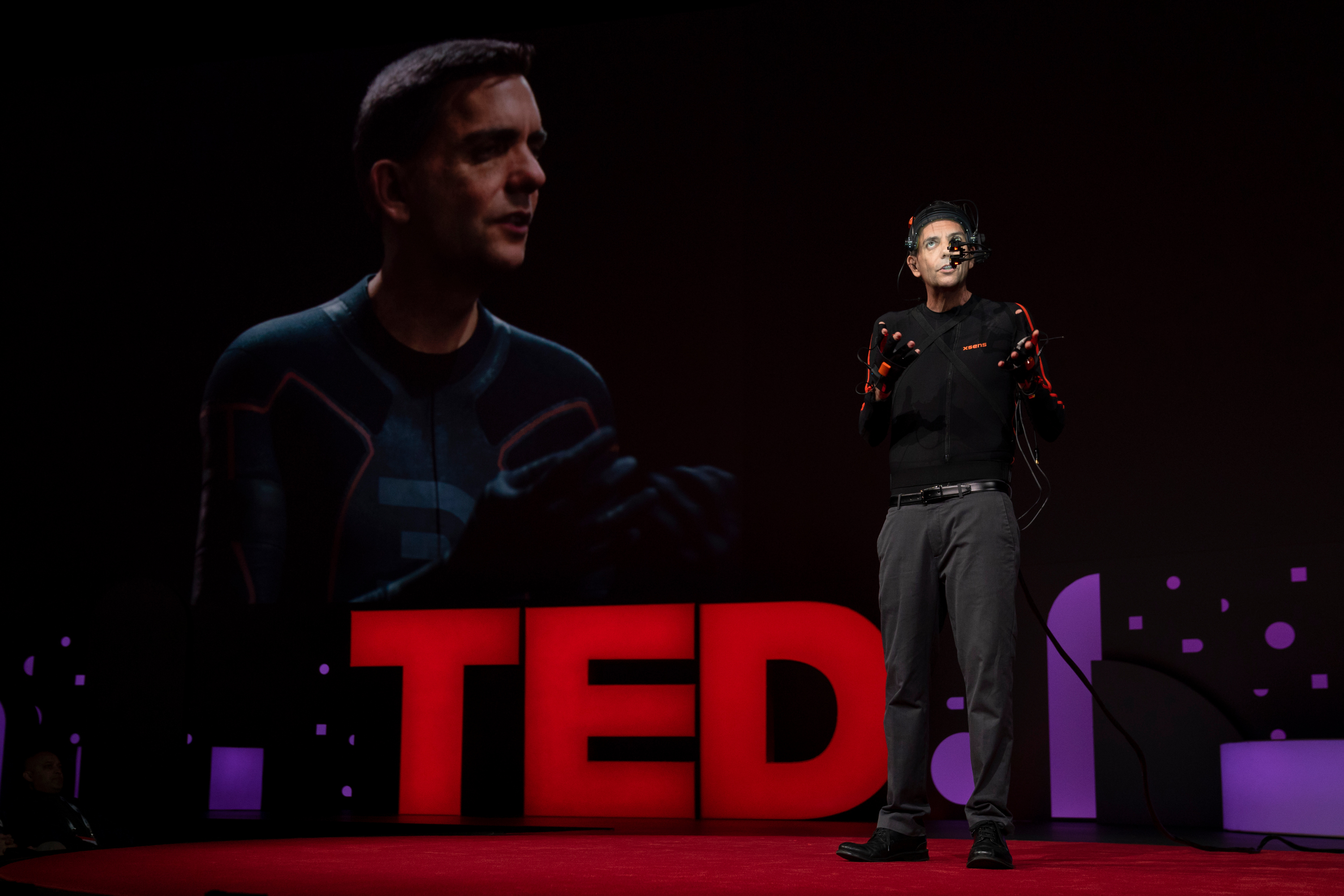 Doug Roble debuts his team’s breakthrough motion capture tech, which renders a 3D likeness in real time — down to Roble’s facial expressions, pores and wrinkles. He speaks at TED2019: Bigger Than Us on April 16, 2019 in Vancouver, BC, Canada. (Photo: Bret Hartman / TED)