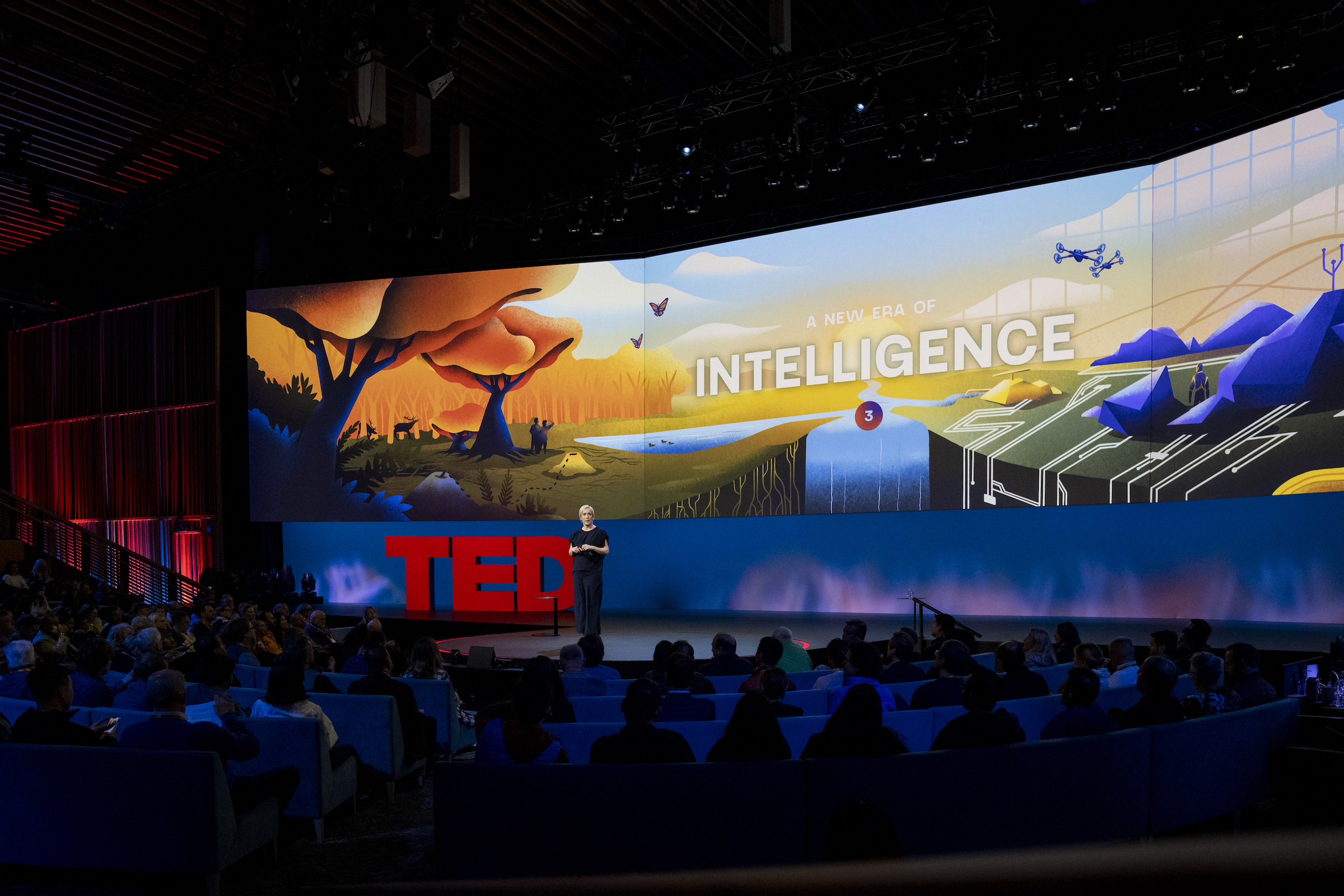 The quest to better understand human intelligence — and to build more advanced artificial intelligence — is complex, knotty and exhilarating. In a wonderfully eclectic session, seven speakers explored the concept of intelligence as it applies to everything from a brain-computer interface to dragonflies, AI-powered art and meditation. 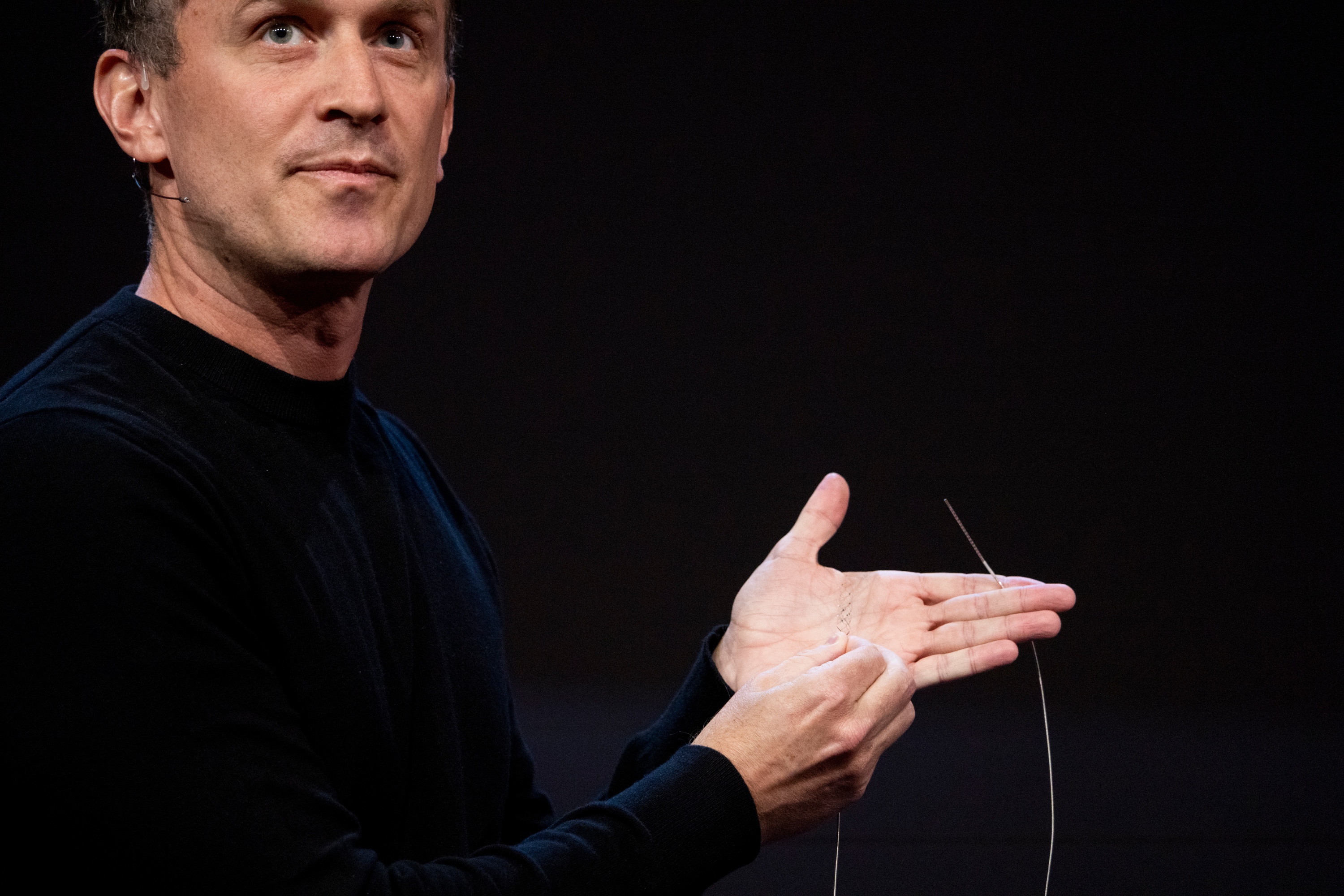 Big idea: A revolutionary, scalable way for those with paralysis and disability to communicate — directly with their minds.

How? At the end of 2021, Tom Oxley surrendered his Twitter to a paralysis patient so that he could tweet thoughts directly from his brain — literally, no finger movement involved — thanks to a tiny implant. Don’t worry: Oxley agrees not everyone should be allowed to post on social media directly from their brain. But for people with paralysis and disability, being able to text using a brain-computer interface (BCI) could be a life-changing privilege. With implants connected to screens via Bluetooth, the device is invisible to the outside world and its keyboard navigated with clicks directly coming from brainwaves. One of the biggest requests patients had before the BCI was for ways to reconnect with their loved ones through text, email, social media and control over their smartphone. But in its current stage, the BCI requires open-brain surgery and has an expiration date due to the brain’s rejection of the implant over time. So Oxley and his team redesigned the way in which the BCI collects crucial feedback from the brain — through a specially designed stent that sits in the bloodstream instead of an implant adhered to the tissue. Paired with an antenna inserted into the chest, the device communicates raw brainwaves to external devices such as a smartphone and translates and reassigns existing brain signals into relevant digital gestures. What does this mean for the future of humanity? Far out, sci-fi wonders made fact. But right now? Restoring the lives of those with disability and paralysis who feel trapped, giving them autonomy, independence and, most important, dignity. 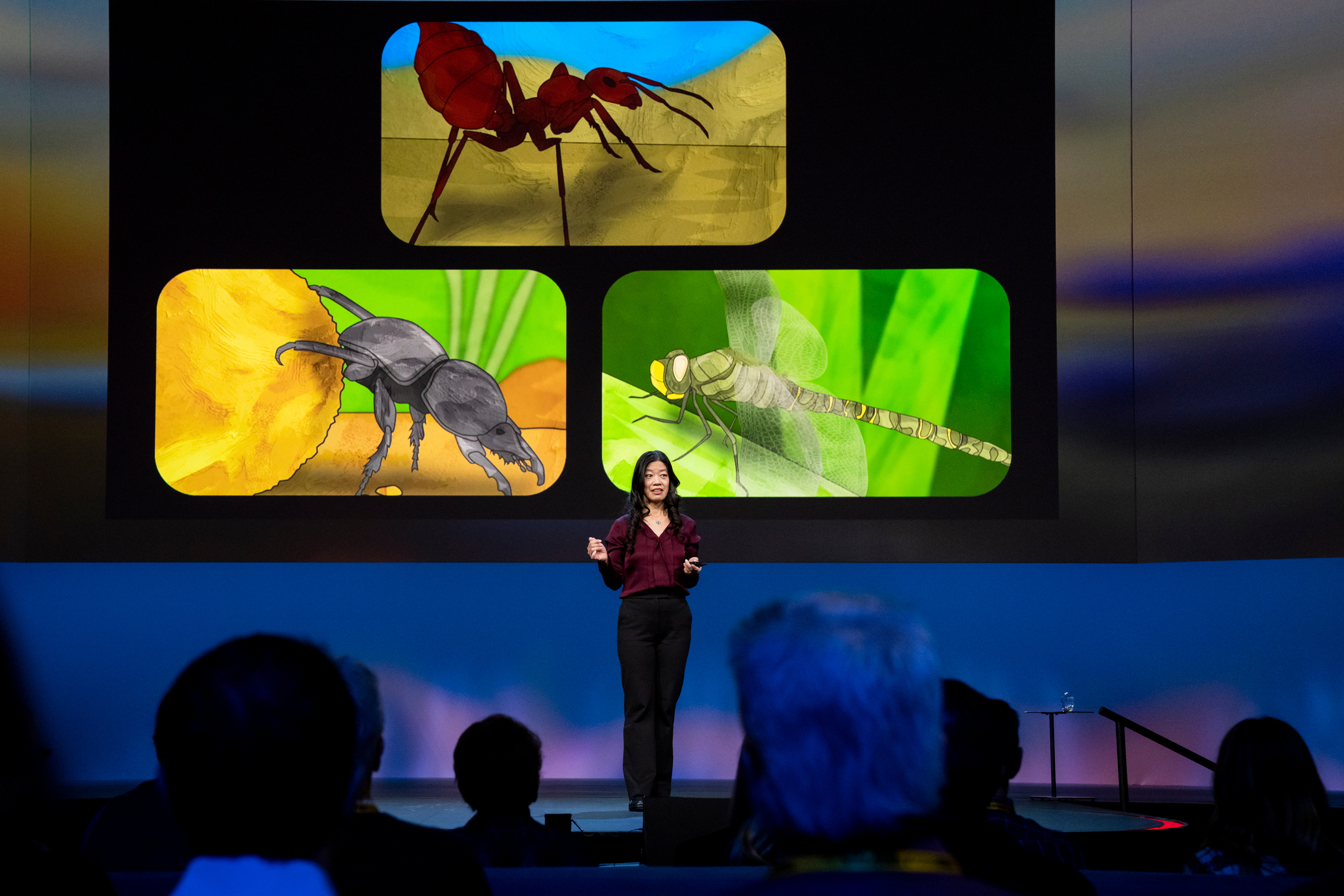 Big idea: By studying and replicating the natural neurological specialities of insects, we can make great advancements in AI technology.

How? The human brain is incredibly complex: we each have 86 billion unique neurons in our brains that are constantly communicating with each other. When designing AI technology, it might make sense to look first to our own brains as the model, but Frances S. Chance believes we can gain much by thinking a lot smaller. Using VR technology, she studies African dung beetles, Sahara desert ants and dragonflies, because each is a natural expert in a different vital task. For example, dragonflies capture an astonishing 95 percent of the prey they hunt thanks to their innate talent at interception, or aiming for where the prey will be rather than where it is at any given moment. Chance has developed a model of this particular neural circuit that enables dragonflies to hunt so accurately and quickly, and she believes that if we can identify how these neurons function together, we can better understand how all brains make calculations and problem solve. This could have far-reaching effects for the field of AI — for instance, she imagines we could one day upgrade our GPS systems with Sahara desert ants’ remarkable navigation skills or create tiny drones that function like dragonflies for backyard mosquito reduction. The world of insects may be small, but the potential positive impact of insect-inspired AI on human technology could be enormous.

Big idea: Everyone — not just highly trained computer scientists and engineers at large tech companies — should have the opportunity to write the future of AI.

Why? AI systems are expensive to build and often require many highly skilled engineers (and millions of dollars) to maintain. Large tech companies have been better than anyone else at making that kind of investment pay off, but Andrew Ng thinks it’s time to change that. Gone are the days of needing huge data sets and thousands of lines of code to create effective AI, he says, as now just a few data points could help small business owners — like the half a million independent restaurants in the US — make decisions that will benefit their businesses. What would it be like if smaller, local businesses, had access to AI technology? Ng sees benefits in demand forecasting, product placement and supply chain and quality control, to name a few — all stemming from just a few data points uploaded to a custom system that knows what to look for. For example, a t-shirt manufacturer training a system to recognize tears in fabric would only need a few pictures and instructions to create a system capable of scanning a company’s entire inventory, helping them stop defective products from ever reaching shelves. “In the coming era for AI, we’ll be able to empower every individual to build AI systems for themselves,” Ng says. 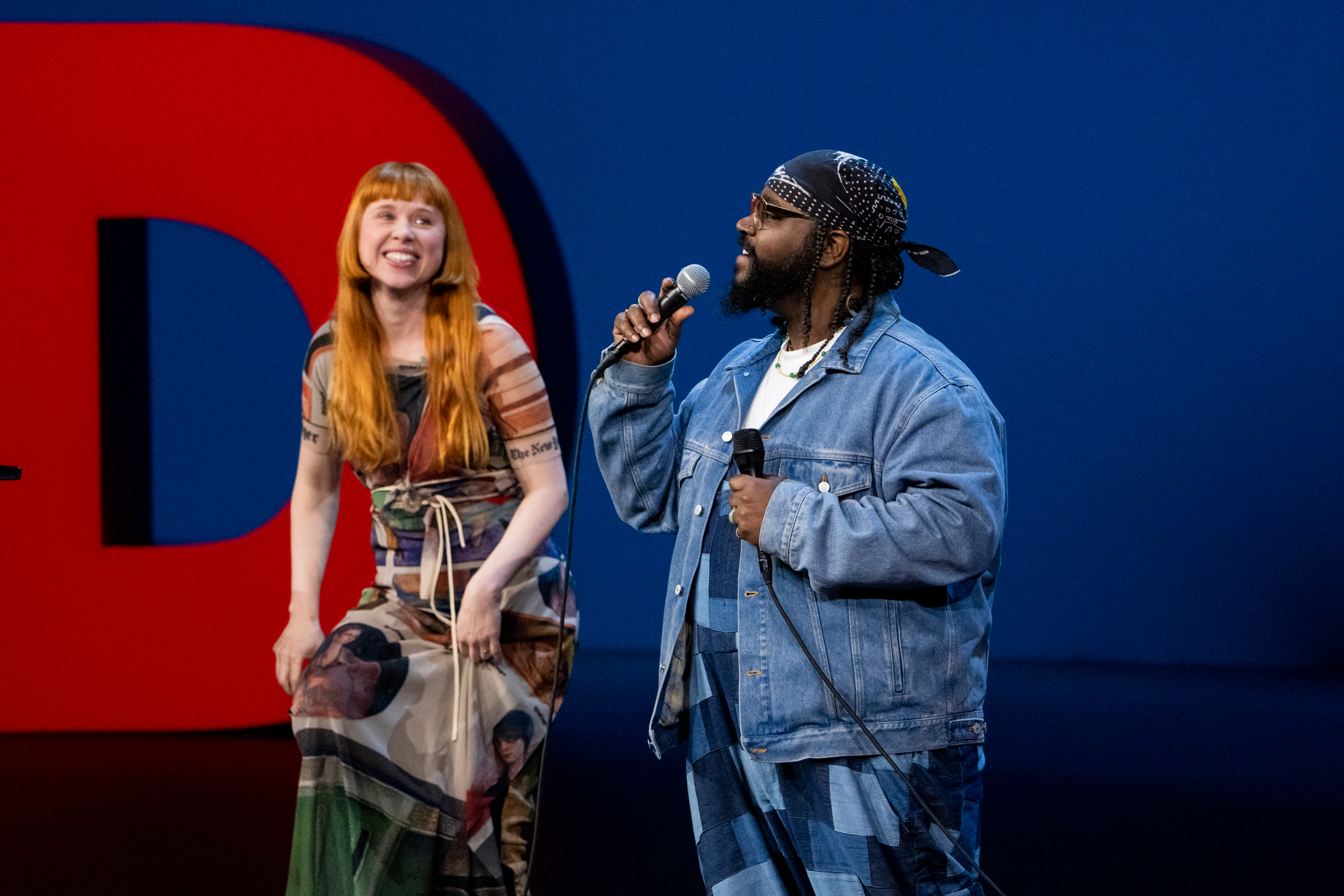 Big idea: “Spawning,” the 21st-century corollary of sampling, gives musicians the ability to perform as somebody else based on AI-trained information about them.

How? Using a machine learning process called timbre transfer, musician Holly Herndon trained an AI on hours of her singing to create a digital twin of her voice. Known as Holly+, this twin can sing songs in Hendon’s voice that she herself has never before sung — and in languages she doesn’t speak. She muses about the potential of using another person’s voice as your instrument, a musical tradition she’s named “spawning,” and invites us to consider both its perils for intellectual property and its wild possibilities. Seattle-based musician and songwriter Pher joins her onstage for a mind-blowing demonstration of this new technology. Singing into two microphones — one that amplified his natural voice and another that mapped his voice onto a live version of Holly+ — Pher performs an epic, one-person duet of his song “Murky.” 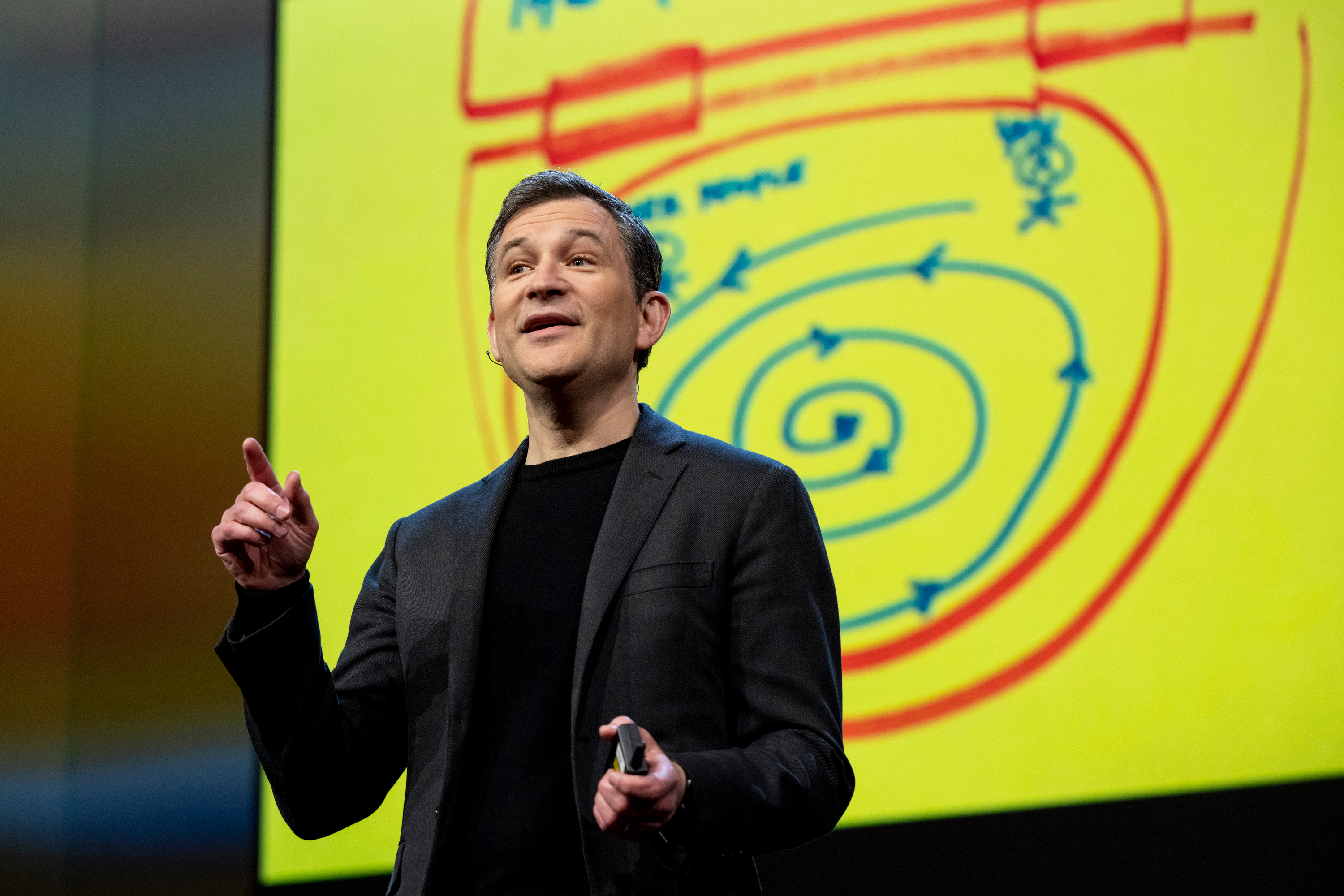 Big idea: Meditation, and becoming your own supportive coach, can silence your inner demons and help you become a more loving person.

How? Have you ever been stuck in a “toilet vortex”? That’s how Dan Harris describes the feeling of taking out your self-criticisms on others. After spending more than two decades as an anchor for ABC News, an on-air panic attack sent his life in a new direction. Harris overcame his skepticism to embrace meditation, and now he explores how to quiet that inner critic with quiet reflection and positive self-talk. After a particularly scathing 360 review from his friends and colleagues, he took a chance on loving-kindness meditation, even if he wasn’t into all the touchy-feely stuff. We all take our trips down the toilet vortex, Harris says, but he hopes he can get you to engage in what he calls the “cheesy upward spiral” instead. In his experience, it’s made him a better colleague and communicator. “Self-love, properly understood not as narcissism but as having your own back, is not selfish,” he says. “It makes you better at loving other people.” 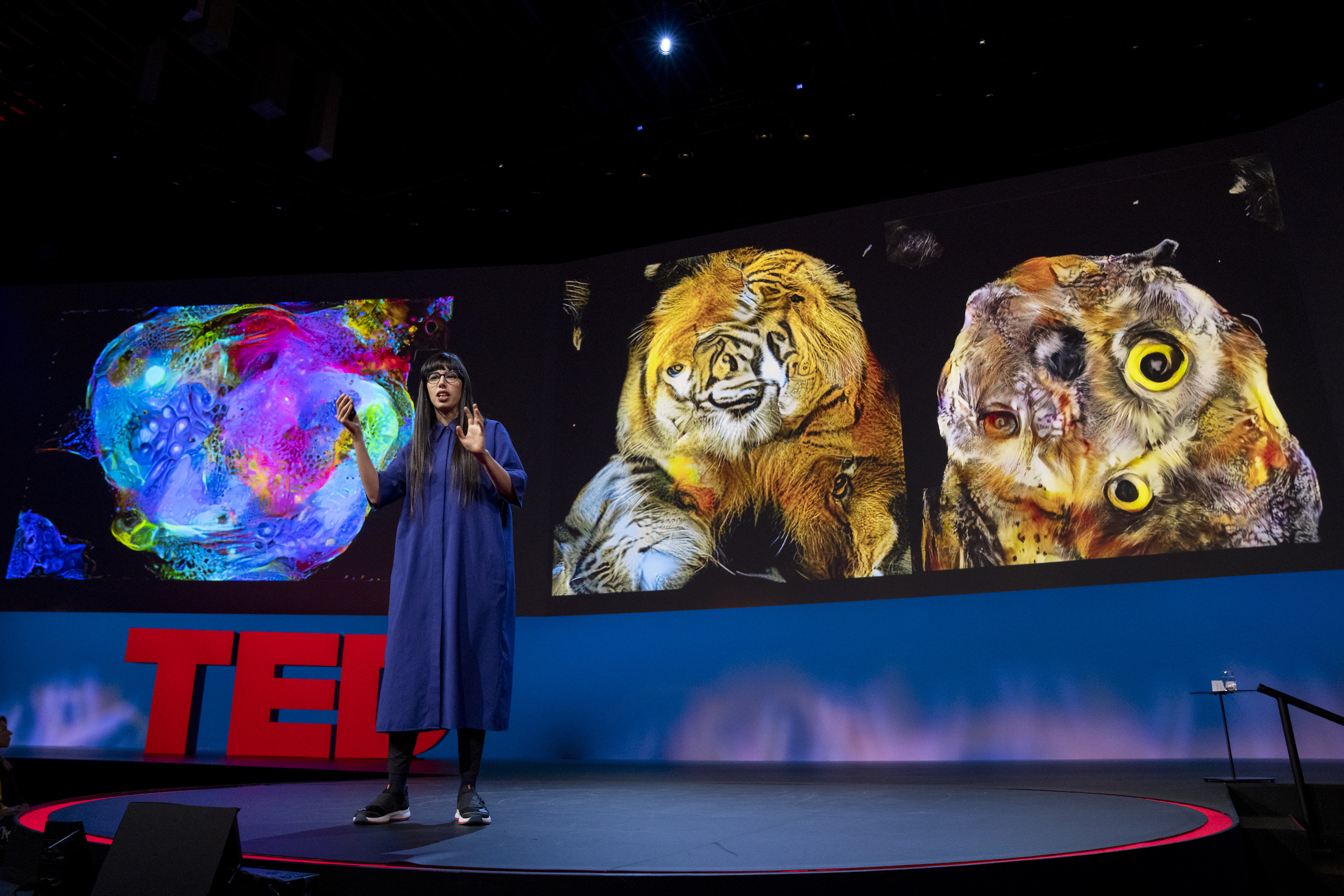 Big idea: By merging AI and art, artists can create work alongside technology that helps us imagine and render the unknown — and reconnect with our own natural world.

How? Sofia Crespo’s artwork uses AI to envision and create creatures that are both familiar and strange, such as insects with elephant trunks, birds with petals for necks. Humans have always created artistic renditions of the unknown — in the Middle Ages, illustrators would often draw the exhilarating creatures described by explorers who had returned from expeditions. These artistic renditions looked like hybrid animals, much like Crespo’s art. AI, she says, helps her explore the boundaries of what she can imagine. The AI distills and rearranges patterns, leading to stunning images of animals that look like they were lifted from myth. For her project Artificial Natural History, Crespo fed thousands of illustrations from natural history archives to a neural network, which then designed new 3D variations of the images. The animals looked mysteriously realistic, which led Crespo to design their anatomy and scientific definitions. This inspired her latest project, Artificial Remnants, which seeks to celebrate the natural diversity of Earth and highlight endangered animals that don’t receive as much attention. Using text-based prompts, Crespo tasked a neural network trained with millions of images of the natural world to generate 3D renditions of actual endangered creatures, resulting in incredible mash-ups of natural elements. Crespo believes that these chimeras can help us expand our imagination about the ecosystems we live in. Though we may not spend our lives exploring new lands on risky expeditions, our imaginations are boundless — and AI can help us bring those ideas to life. 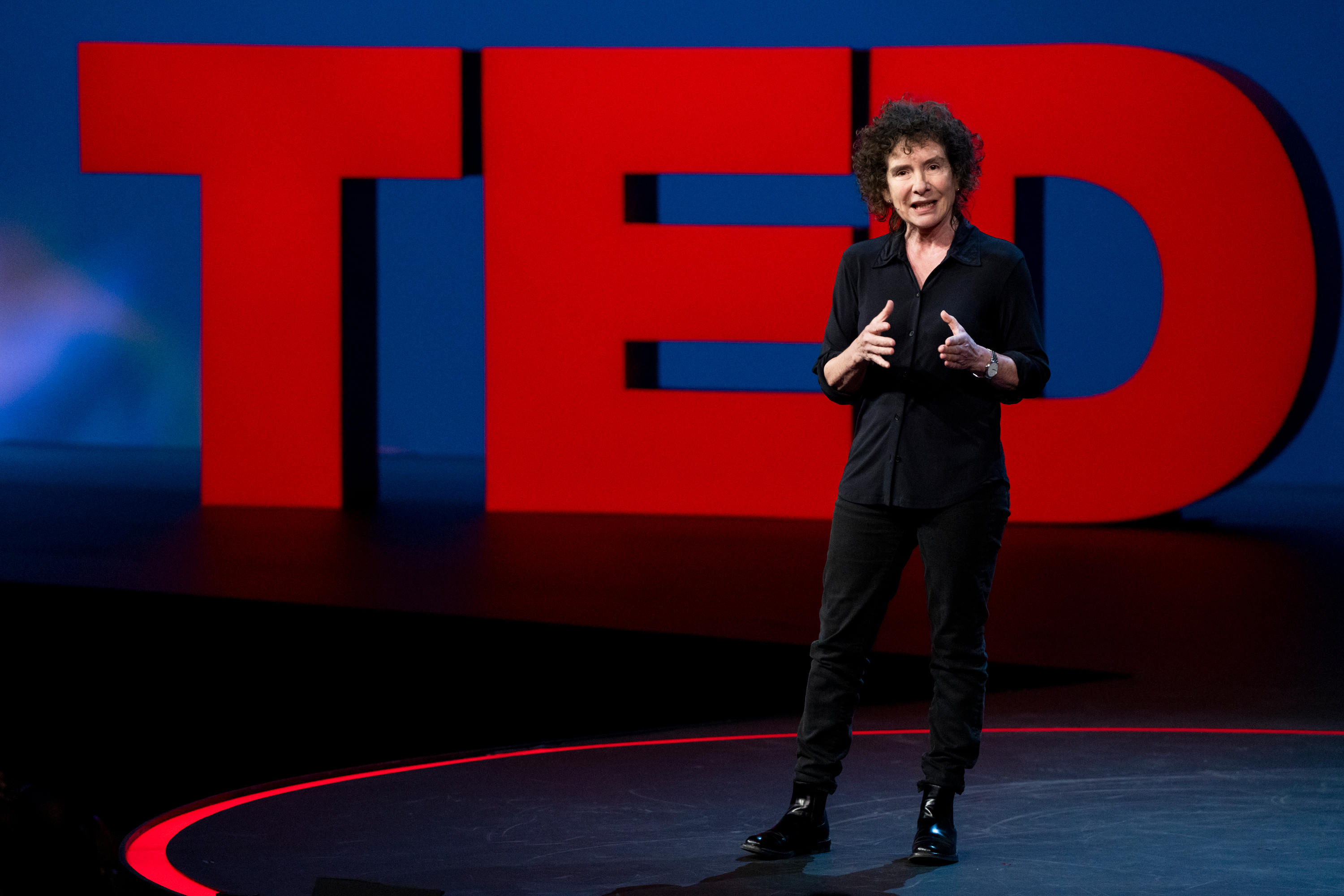 Big idea: We have the chance to change human nature for the better.

How? Believe it or not, through AI — but not the “geeks will inherit the earth” kind, says Jeanette Winterson. When she talks about AI, she means “alternative intelligence”: a blurring of the boundaries between human and machine, leaving both changed for the better. From this perspective, the wildly diverse possibilities for machine learning and computing power — like the creation of “hybrid humans” whose brains are linked to the internet (and each other) — provides an opportunity for humanity to break away from “us vs. them” binary thinking and step into a new age of cooperation. It’s a thrilling vision of the future, but first the whole world would need to come together — working across race and gender, the sciences and the arts — to bring this alternative intelligence to life.