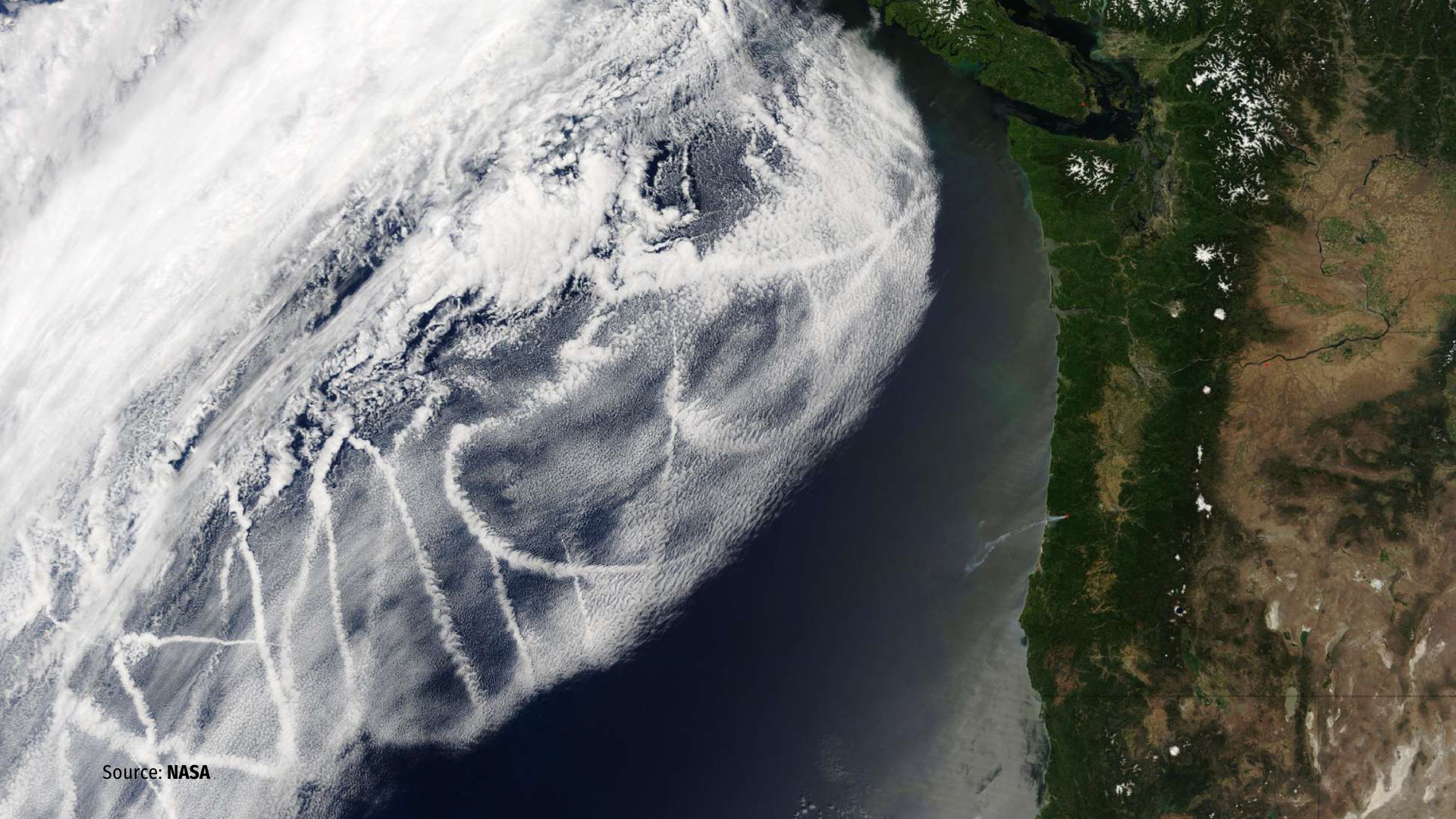 This satellite image shows marine clouds off the Pacific West Coast of the United States. The streaks in the clouds are created by the exhaust from ships, which include both greenhouse gases and particulates like sulfates that mix with clouds and temporarily make them brighter. Brighter clouds reflect more sunlight back to space, cooling the climate.

As we recklessly warm the planet by pumping greenhouse gases into the atmosphere, some industrial emissions also produce particles that reflect sunshine back into space, putting a check on global warming that we’re only starting to understand. In her talk at TEDSummit 2019, “Emergency medicine for our climate fever,” climate activist Kelly Wanser asked: Can we engineer ways to harness this effect and reduce the effects global warming?

This idea, known as “cloud brightening,” is seen as controversial. After her talk, Wanser was joined onstage by environmentalist Tim Flannery — who gave a talk just moments earlier about the epic carbon-capturing abilities of seaweed — to discuss cloud brightening and how it could help restore our climate to health. Check out their exchange below.