For the ninth session of TED2017, hosted by TED’s Editorial Director Helen Walters and Curation Director Kelly Stoetzel, we look into ourselves with seven speakers who take on subjects ranging from parenting to social interaction and heartbreak, revealing nuggets of wisdom that just might help you lead a better, more fulfilled life. 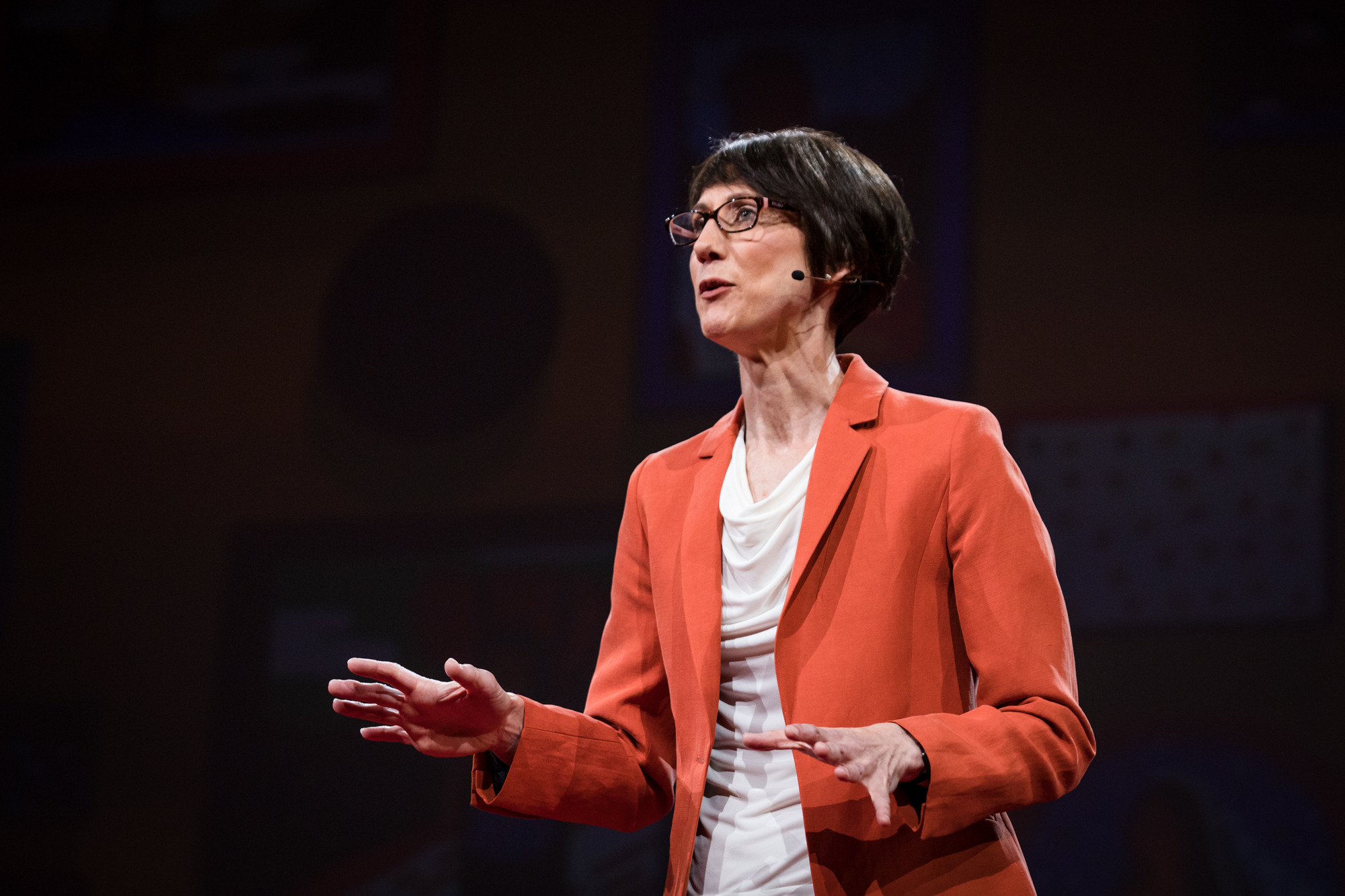 Helen Pearson wrote a book about the longest-running study of human development. She talked about it at TED2017, April 27, 2017, Vancouver, BC, Canada. Photo: Bret Hartman / TED

The longest-running study of human development. “I’ve got three boys, and like most parents, the honest truth is that I have pretty much no idea what I’m doing,” admits science journalist Helen Pearson. She spent most of her parenting time making it up as she went along … until she stumbled across the longest running study of human development in history. For 70 years, British scientists have been following thousands of children from the time they were born, allowing researchers a unique chance to make sense of why some adults struggle more than others. On stage, Pearson shared two important discoveries from the research. The first, those born into poverty will have a more difficult path in life. The second, “parents really matter,” she says, explaining that good parents can help children partially overcome early disadvantages. “Poverty leaves a really lasting scar,” says Pearson. “It means that if we really want to ensure the success and well-being of the next generation, tackling child poverty is an incredibly important thing to do.”

Your brain on social interaction. Psychologist Susan Pinker starts with a fact you might have heard: across the developed world, women live an average of six to eight years longer than men. She traveled to a place where that isn’t true — the so-called “Blue Zone” of Sardinia, an Italian island in the Mediterranean. Here, there are six times as many centenarians as on the mainland, a mix of men and women. Centenarians here don’t eat a low-fat or gluten-free diet. (Pinker notes their love of pasta.) They don’t all have a sunny disposition. (She mentions Giovanni, “the grumpiest person I’ve ever met.”) But they do constantly have people dropping by to spend time with them. Pinker sees these social connections as the secret to their longevity, as well as the reason why women tend live to longer than men. “Women are more likely to prioritize and groom face-to-face relationships over their lifetime,” she says. Close relationships and high social integration are key predictors of longevity, she explains. Women with strong connections more likely to survive breast cancer than loners; baboons with three stable relationships show lower levels of stress. “Social isolation is the public risk of our time,” says Pinker. But it can be fought back against with every smile, high five and moment of eye contact.

Schedule a screen sabbatical. Many of us spend a large part of our day studying our screens. Adam Alter has spent the last five years literally studying screens and their effects on our lives, specifically how much time they steal from us and how they’re getting away with it. He points out that screens “rob us of stopping cues” or signals that remind us to move on. Unlike reading a newspaper, where the end of the page tells us to switch to the next activity, with screens “the newsfeed just rolls on.” He’s not saying it’s all bad; some apps like those relating to weather or health tend to be enriching, leaving us feeling good. We spend about 9 minutes a day on those. Compare that to the 27 minutes a day we spend on apps that leave us feeling worse, like gaming or news browsing, and it’s clear we need an adjustment. Alter suggests setting aside times that are phone-free, whether that means putting your phone in a drawer during dinner or on airplane mode over the weekend. He assures us that if we can just resist the temptation at first “you get used to it, you overcome the withdrawal like you would with a drug, and life becomes more colorful, richer.” 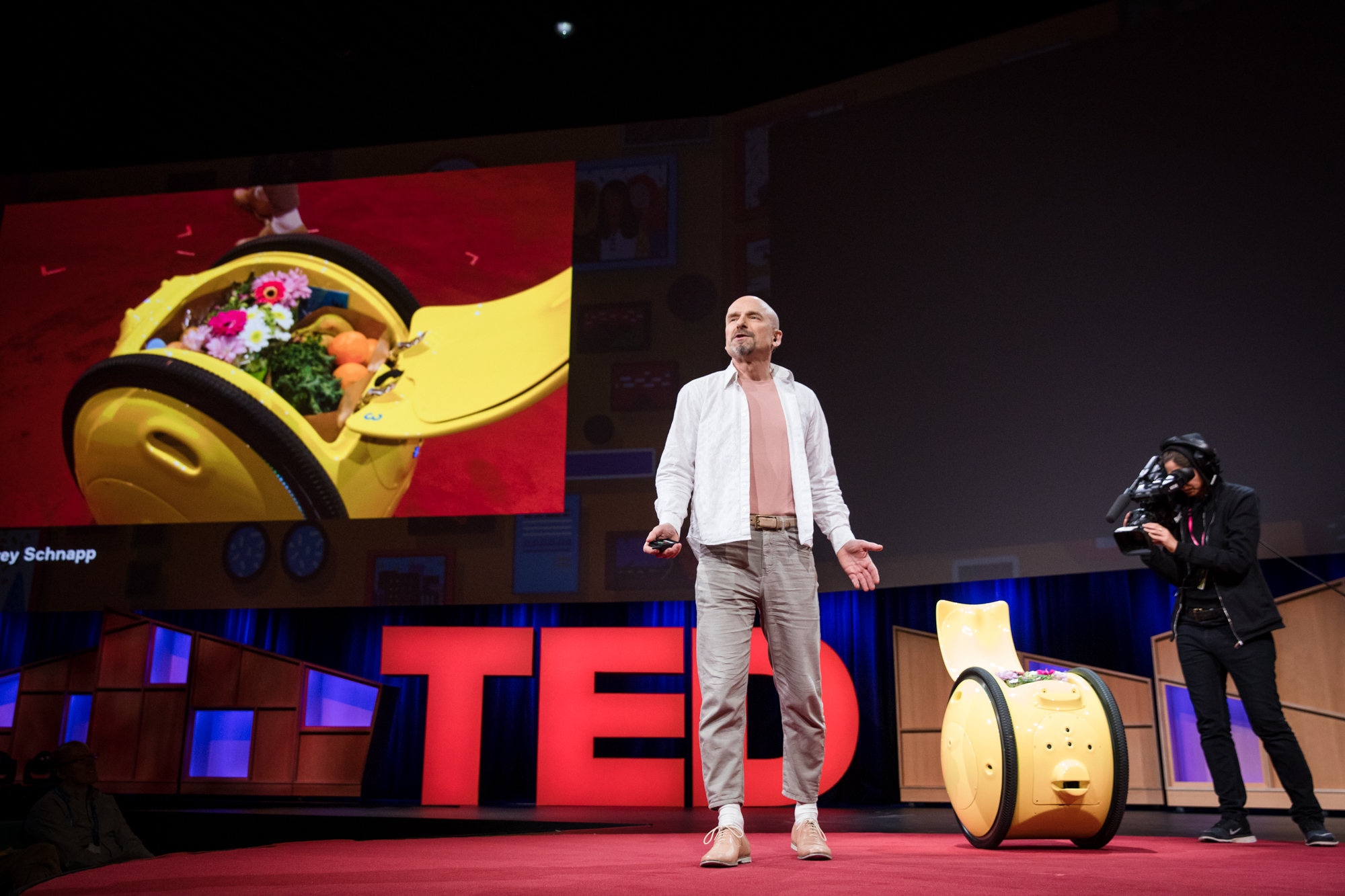 From mobility to movability. Cultural historian Jeffrey Schnapp has a worry with the 21st-century city: automobiles. “Entire cities are being sacrificed on the altars of automobility,” explains Schnapp. With perpetual traffic jams and heavy pollution, we are actually moving less than ever before. The fix? A shift from mobility to movability. Movability refers to an imagined space where our civic spaces are occupied by new kinds of vehicles that improve our quality of life and our range of activities. In an impressive demo, Schnapp introduces the TED audience to Gita: the first in a family of robotic vehicles now undergoing testing at Piaggio Fast Forward. This small, compact Vespa-like vehicle fits up to 40 pounds in its compartment and as it travels, it builds a 3D map of everything along its path. Ultimately, we can ditch our cars and walk hand-in-hand with our machines. 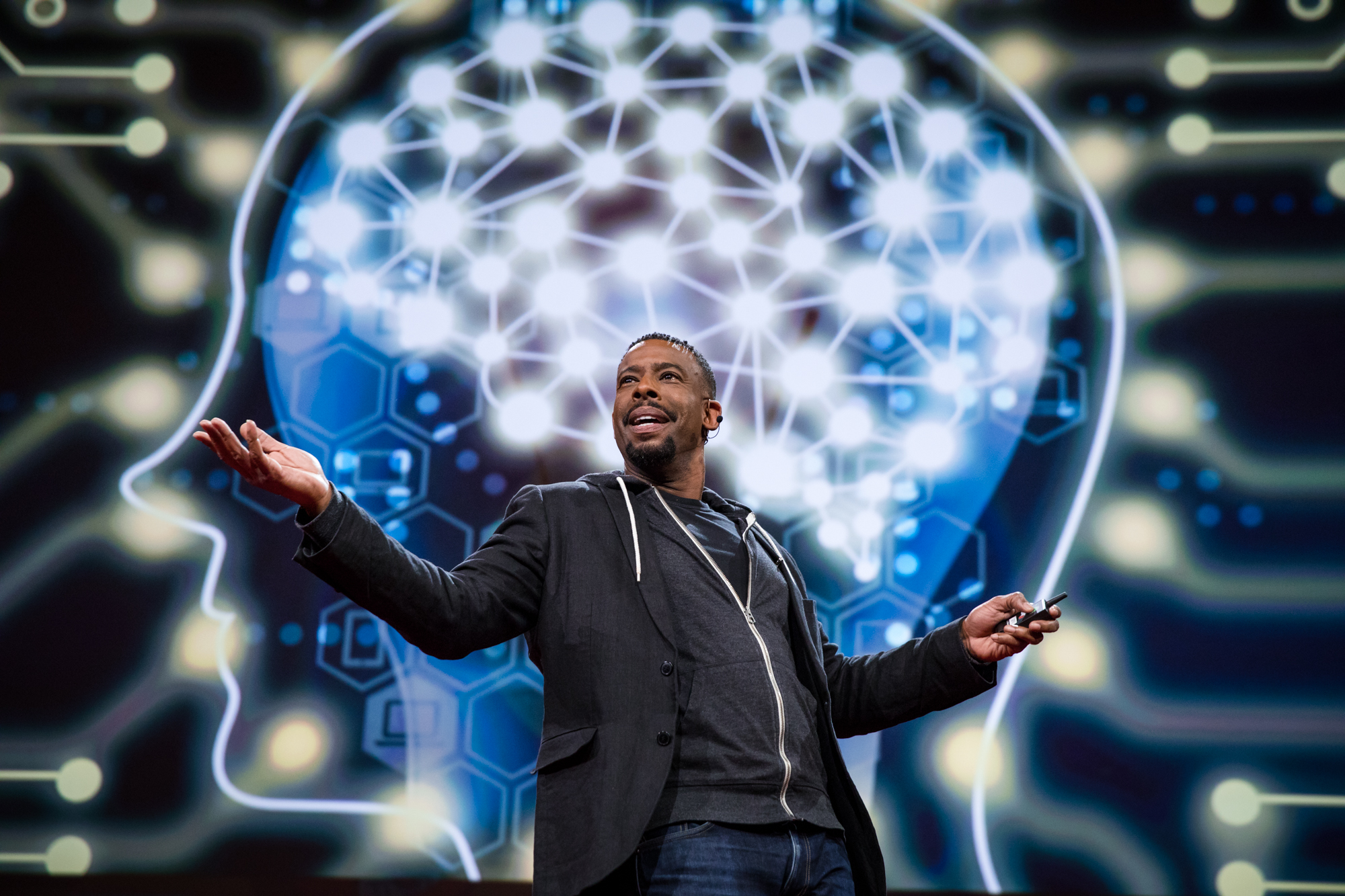 Technology? It’s kind of a funny story. Comedian Chuck Nice leads us on a humorous journey through our relationship with technology — the nuanced, visual slap-stick of misspelled words from online trolls, the ways driverless cars really aren’t too different from how people drive today and how robots will one day need to be wired by default with “feminist protocols.” “Future tech always comes with two things: promise and unintended consequences,” Nice says.

Heartbreak 101. Why do the same coping mechanisms that get us through all kinds of life challenges fail us so miserably when our heart gets broken? asks Guy Winch. For the past 20 years, the psychologist has counseled people of all ages reeling from the blow of a breakup, and in this talk, he explains why heartbreak is so severe, and the tools and tactics the brokenhearted can use to move on. Read a full recap of his talk here.

For a genuinely fulfilling life, cultivate meaning, not happiness. After spending five years interviewing hundreds of people and combing through psychology, neuroscience and philosophy literature, writer Emily Esfahani Smith concludes there are “four pillars of a meaningful life.” The first is belonging. “True belonging springs from love. It lives in moments among individuals,” she says. “And it’s a choice.” Belonging doesn’t only take place with friends and family members; it can happen in any relationship where people treat each other with care and attention. One example: Her friend Jonathan and the vendor from whom he buys a newspaper every day. The second pillar is purpose. “Purpose is less about what you want than about what you give,” says Esfahani Smith. “The key is using your strengths to serve others.” Purpose is frequently found at work, which means not having work can have negative consequences. “That means that disengagement at work, unemployment, low labor force participation — these aren’t just economic problems — they’re existential ones, too,” says Esfahani Smith. “Without something worthwhile to do, people flounder.” However, purpose can be discovered in other venues, like parenting. The third pillar is transcendence. “Transcendent states are those rare moments when you’re lifted above the hustle and bustle of daily life, your sense of self fades away, and you feel connected to a higher reality,” she explains. You might experience transcendence when seeing art, being in nature, going to church or immersing yourself in a creative project, for instance. And the impact goes beyond feeling good. “One study had students look up at 200-foot-tall eucalyptus trees for one minute,” says Esfahani Smith. “Afterwards, they felt less self-centered, and they even behaved more generously when given the chance to help someone.” The fourth pillar is storytelling, specifically the story you tell about yourself and one you can edit, interpret or re-tell at any time. Psychologist Dan McAdams researches personal narratives, and he’s learned “people leading meaningful lives … tend to tell stories defined by redemption, growth and love.” Storytelling can also help fortify the other pillars — to bolster your belonging and purpose. During your life, meaning may shift from pillar to pillar. “Happiness comes and goes,” she declares. “But when life is really good and when things are really bad, having meaning in life gives you something to hold onto.”