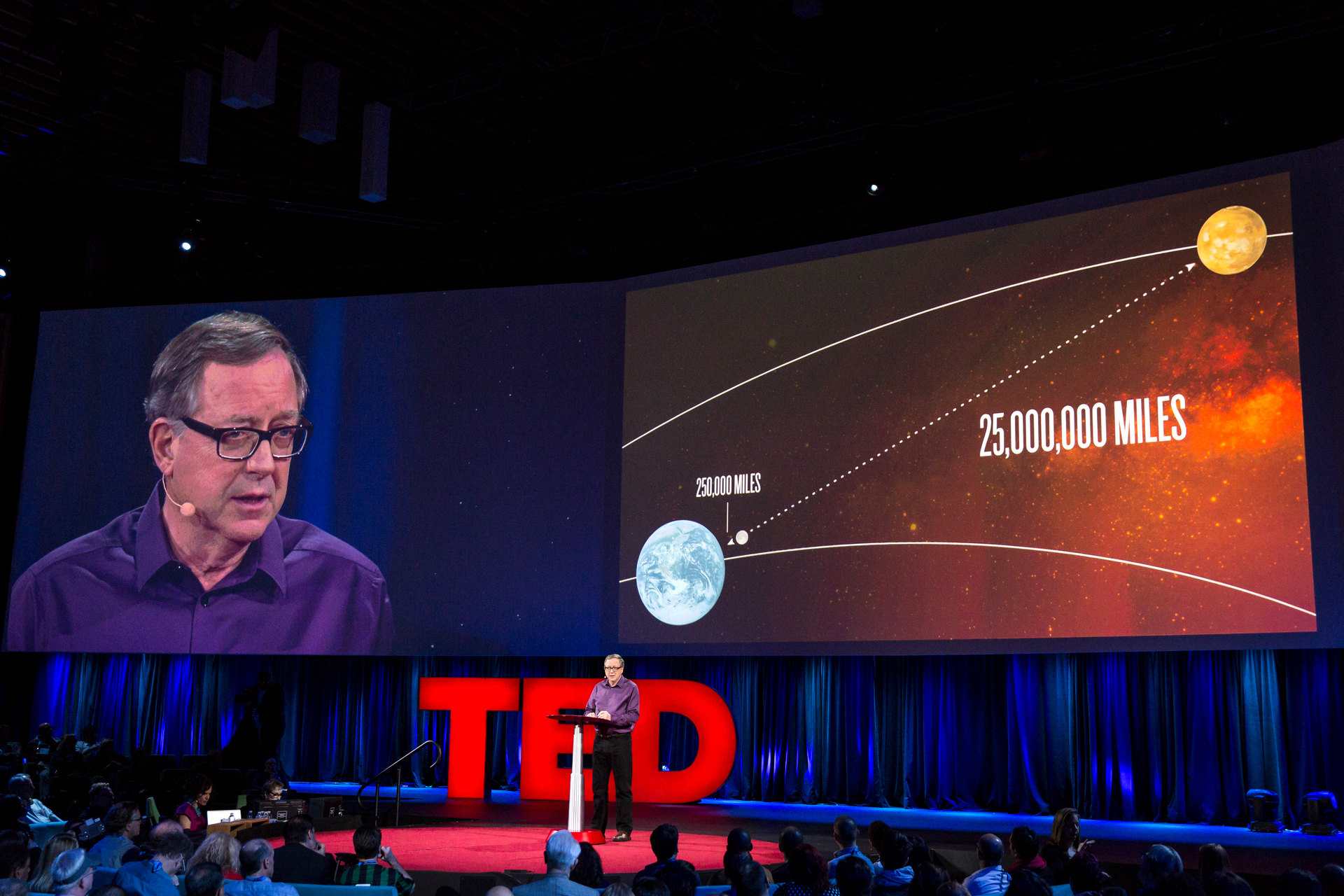 Stephen Petranek lays out everything humanity would need to move to Mars, during TED2015. Photo: Bret Hartman/TED

“Five hundred years ago, Christopher Columbus sailed across a vast ocean and opened a new chapter in human history, for better or worse,” says Stephen Petranek. “I believe we are on the verge of a much greater age of discovery. We’re going to become a two-planet species.”

The TED audience did not leave this statement unchallenged. For many people in the audience and watching online, Christopher Columbus is no hero, and colonization is not automatically an idea worth spreading. Discussion raged after this talk; watch for a blog post soon that deeply questions this drive to colonize.

But an audacious statement is not out of character for Petranek, who gave the talk “10 ways the world could end.” And he does not muddle words: “We are going to Mars. Not just astronauts, but thousands of people are going to colonize Mars. Soon.”

The first obvious question: why?

Not just because our planet is in peril but because “exploration is in our DNA,” he says. “Think what happened when John F. Kennedy said we were going to put man on the moon — he inspired an entire generation to dream. Think how inspired we will be when humans land on Mars. Perhaps for the first time we’ll look back at Earth and remember how precious life on the home planet is.”

Mars is 25,000,000 miles away. It will take settlers eight months to get there — and only if they launch on one precise day that happens every two years, when Mars and Earth align.

So, how long until the first humans colonize Mars?

Some pundits say 2050; NASA says 2040. “But I think the first humans will land on Mars in 2027.” Why that year? Because Elon Musk of SpaceX is determined to make it happen by 2025, and Petranek wants to give him a couple of years flex time.

“Ten years ago, we were all saying it would be 50 years before we have a decent electric car,” says Petranek. “So it’s a good bet that the man who revolutionized the automobile industry and created a rocket company can get us there …  Governments no longer control this game. Private companies are leaping into space and they will be happy to take you to Mars.”

Biggest question: Can we actually live on Mars?

Absolutely says Petranek. For life, we need water (and not only is Mars’ soil 60% water, but there are huge reserves of water underground and in glaciers), oxygen (which a device called Moxie can reverse-engineer from CO2), food (which we can grow using hydroponics), shelter (for starters, inflatable homes; in the long term, buildings of brick made from Martian soil), and clothing (and we’ll need pressurized suits, of course). Petranek predicts that eventually, we will terraform Mars and make it more like earth by warming it up. “The technology to do this already exists,” he says.

“We’ll be left with the problem of creating a breathable atmosphere, and that could take a thousand years,” says Petranek. “But human beings are smart and incredibly adaptable.”

Petranek thinks that, with SpaceX prepping its “Mars Colonizers,” which will each carry 80 people to Mars, that there will be about 50,000 people on Mars by 2050. “Somebody will open a restaurant, someone will start an iron foundry, some idiot will start a reality TV show, there will be hotels, there will be bars,” he says. “It will be the most disruptive event of our lifetime — and the most exciting.”

“We could end up with a species of humans on earth that is slightly different than the species on Mars,” he says.