When Hillary Clinton became the first female nominee of a major political party in the United States this summer, she reflected that this achievement “belongs to generations of women and men who struggled, sacrificed and made this moment possible.” Women have been leaders throughout history, making positive changes in their communities. But in so many places around the world, women are held back from leadership on the largest stages by social, cultural and religious barriers.

In the final session of TEDWomen 2016 at the Yerba Buena Center for the Arts in San Francisco, eight speakers and one performer tackled one of the most fundamental issues facing women today: leadership. 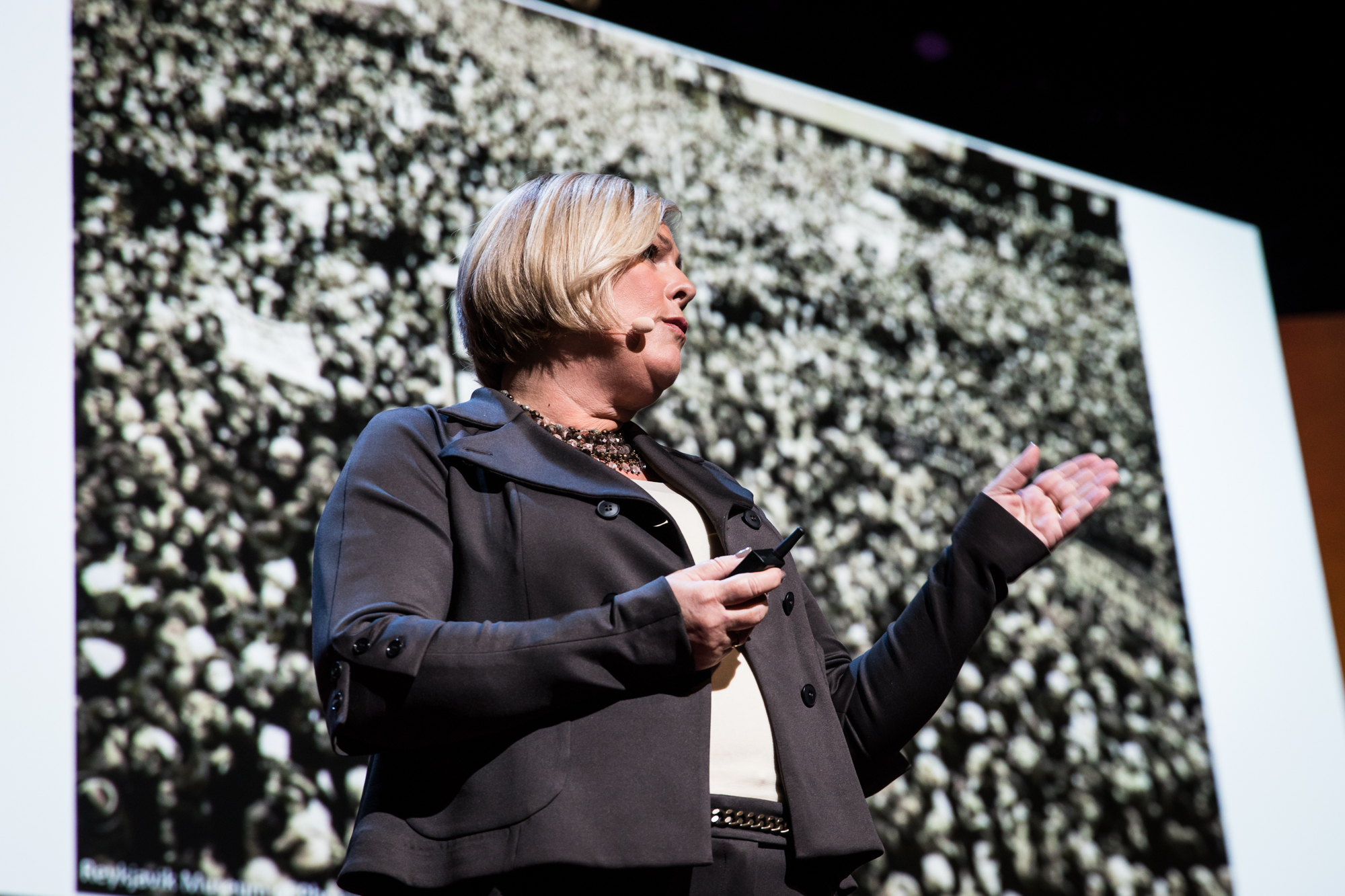 Halla Tómasdóttir ran for president of Iceland this year — and came in a strong second from a wide field, against strong odds. She analyzes her campaign onstage at TEDWomen 2016. Photo: Marla Aufmuth / TED

A living emoji of sincerity. “Are you going to quit?” That was the first question the media asked Halla Tómasdóttir, who ran for president of Iceland in 2016, at her first televised debate. Polling at 1 percent at the time, it didn’t look like Tómasdóttir had a chance at winning the election — or making an impact at all on the political debate. Sharing her journey from watching Iceland’s first female president, Vigdís Finnbogadóttir, assume leadership, to deciding to run for Iceland’s highest office herself, Tómasdóttir narrates her motivations, struggles and achievements with wit and warmth. “It’s possible to run a different type of campaign,” she says, explaining how she insisted that her campaign take the high road and stay positive throughout the election, eventually earning her the description of “a living emoji of sincerity” in a New Yorker article. Despite a lack of resources and media attention, and against overwhelming odds, Tómasdóttir finished second in the election. “What we see, we can be. So screw fear and challenges. It matters that women run. And it’s time for women to run — whether it’s for CEO or president.”

Know your own power. US Representative Nancy Pelosi has represented San Francisco’s 12th district for 29 years, is currently the Democratic leader of the House of Representatives, and made history by becoming the first woman Speaker of the House. But she never felt that she was on a course for public office. In a revealing interview with TEDWomen co-founder Pat Mitchell, Pelosi reflects on her career and offers advice to other women seeking leadership positions, urging them to know their power and be their authentic selves. “Nothing is more wholesome to a government than the increased participation of women in leadership,” she says. Read more about the interview here.

Religious life, reinvented. “Religion today has failed to capture the imagination of a generation that is repelled by the viciousness of extremism and alienated by the dullness of routine-ism,” says Rabbi Sharon Brous. As a Jewish leader at the forefront of a movement for multi-faith justice work — which includes women’s mosques, Jewish indie startups, black churches in North Carolina, and a holy bus loaded with nuns — Brous wants to rethink and reinvent religious life, to imagine how religious communities might serve us collectively and how faith might provide a hopeful counter-narrative to the numbing realities of violence, pessimism and radical individualism that are present in all of our lives.

A vision for 2045. “Today’s nuclear weapons are hundreds of times more powerful than those dropped on Hiroshima and Nagasaki,” says Erika Gregory, director of nuclear nonproliferation initiative N Square. Whether you live in a city (which an enemy nation would likely target) or in a rural area (where many weapons are stored), there’s a decent chance that a nuclear weapon is pointed at you right now. Even with the Treaty on the Nonproliferation of Nuclear Weapons — the most widely adopted arms control treaty in history, with 190 signatories — there’s still no specific date by which the world’s nuclear countries will abandon their weapons. “Why is there no deadline — and no vision — for nonproliferation?” Gregory asks. One major issue: today’s generation of rising leaders were born after the Cold War, so they don’t remember a time when the nuclear threat was an everyday reality. To get rid of nuclear weapons and to eliminate the materials that can be used to produce them, Gregory says we need to engage this new generation and set a firm deadline for nonproliferation. She’s set her target on 2045. “Let’s close the chapter on nuclear weapons on the 100th anniversary of their invention,” she says. “If there was ever a global ‘moonshot’ worth supporting, this is it.”

Tell your daughters about this year. In a world where women are told to be silent, and to wait beyond all reasonable patience of time, Chinaka Hodge asks mothers to take a stand not just for themselves but for the futures that their daughters have yet to inhabit. In a powerful spoken piece, she admits that “even in the year we leased freedom, we didn’t own it outright,” and she implores women to let their lives confirm the truth of their beliefs, teaching their daughters to demand more than the immediacy of what they are offered. “Tell her you were brave and always, always in the company of courage,” Hodge says. Because when it’s all said and done, the question invariably remains for all of us: “What did you do for women in the year that it was time?” 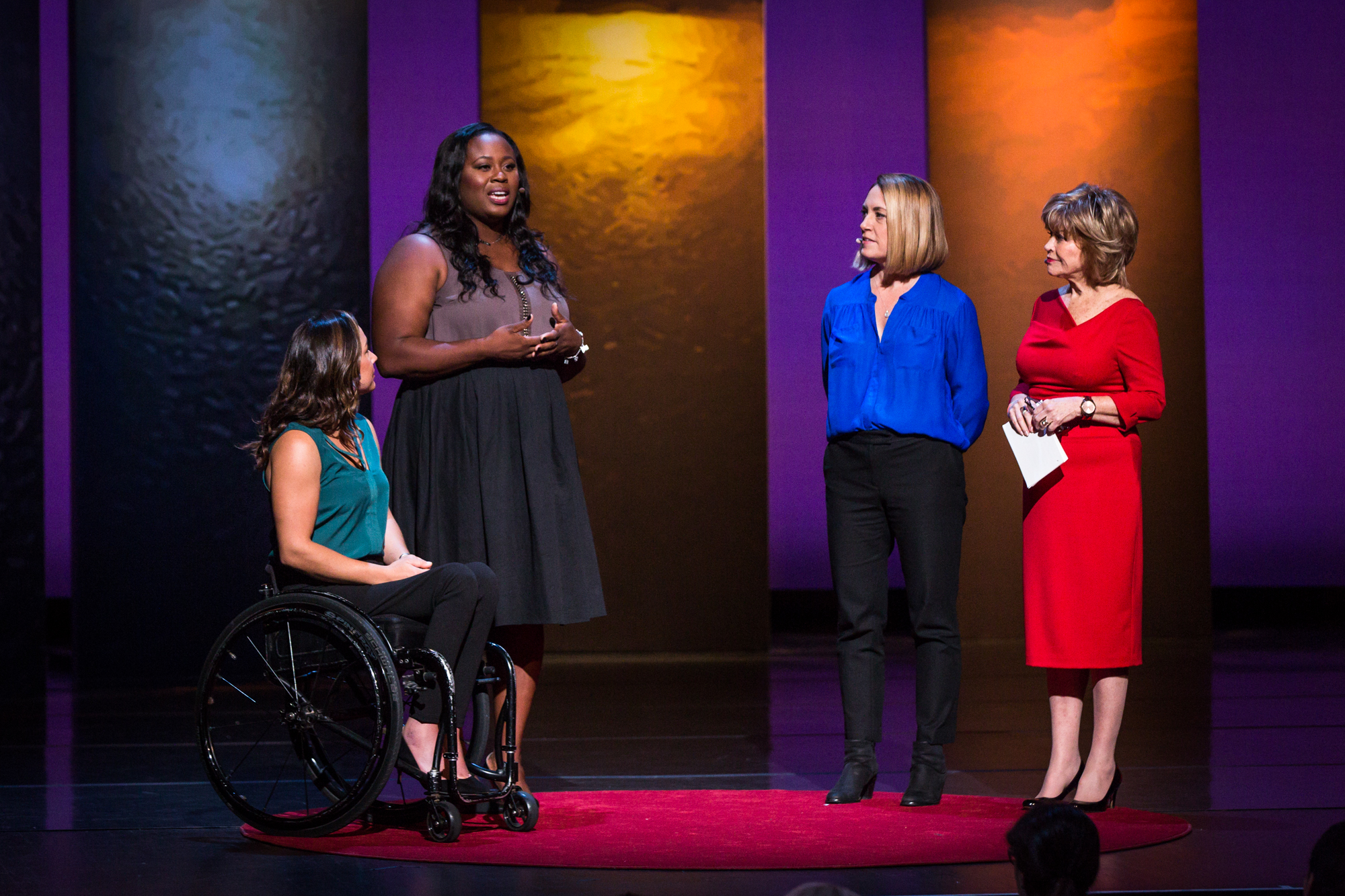 How two Olympians became their own leaders. In order to become a leader, you have to learn to lead yourself. This is the lesson that led two Olympians down their path of glory. For American shot putter Michelle Carter, the current Olympic champion, learning to become her own leader meant stepping out of the shadow of her father and lifelong coach Michael Carter, an Olympic medalist himself. By making hard decisions in the face of high expectations, she realized that she had to take charge of her own direction. As she says, “I became the CEO of me!” For Alana Nichols, a Paralympics gold medalist in  wheelchair basketball, alpine skiing and sprint kayaking, learning to become a leader meant learning to think of her disability in a new light. At 17, Nichols was paralyzed in a snowboarding incident. As an athlete, she was devastated and thought she’d never be able to play again — until she watched a wheelchair basketball game while in college. “I started looking at what I could do, as opposed to what I couldn’t do,” she says. For both of these inspiring athletes, the ability to lead their athletic communities meant gaining leadership of themselves first. 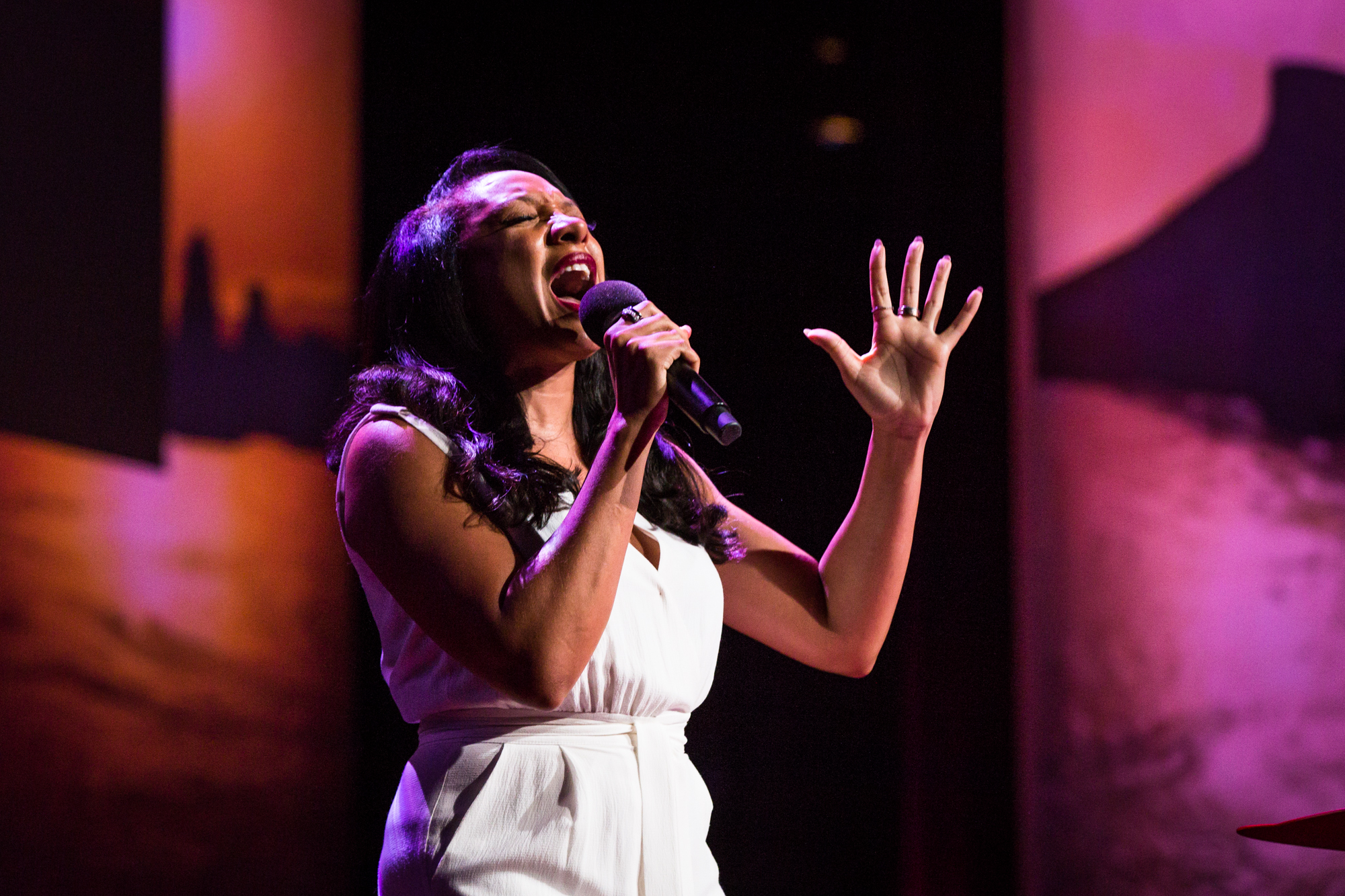 We believe in the future of women everywhere. Songwriter and vocalist Sheléa brings the house down with a soulful rendition of “I Believe,” by songwriter Tena Clark, marking the official end of TEDWomen 2016.