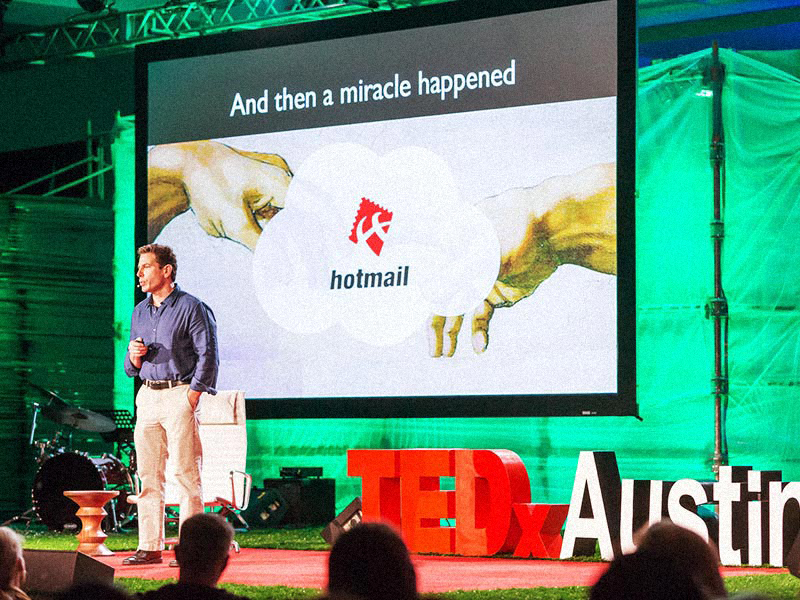 It may be the age of big data, but it’s still very hard to know how many children were born in Bolivia or Botswana last year, or to know something as simple as which clinics in the developing world have medicine and which don’t. Until recently, there was only one way to find answers to questions like these — to send a group of workers out into the field and have them do door-to-door surveys, filling out paper forms as they went. This would produce mountains of paper that took years to input into a computer for analysis. Often, projects would run out of money before inputting could even happen.

Joel Selanikio: The big-data revolution in health care In 1995, Joel Selanikio — then a young employee at the Centers for Disease Control, now the CEO of DataDyne — had the idea to start conducting surveys via a Palm Pilot and shave a huge amount of time off the process of collecting data. But even as he became well-known for this service, he realized there was a problem.

“The main obstacle was me. I had developed a process whereby I was the center of the universe of this technology,” he says, pointing out that his rate was not cheap and that any proposed project had to fit into his schedule. “I had been trained that the way you distribute technology within international development is always consultant based. It’s always guys who look pretty much like me … flying to countries with people with darker skin.”

As Selanikio describes in today’s talk, filmed at TEDxAustin, he wanted to open up this service. He took inspiration from, of all places, Hotmail. He set out to build a cloud-based service that required no programming knowledge to use. The solution is known as Magpi, an online survey creator that allows users to write their own surveys and upload data instantly, creating maps and other anaylsis tools in real time. The training video for the service is just 15 minutes long.

In the first years of Palm Pilot data collection, Selanikio estimates that he trained a thousand people to use the system. In first few years of Magpi, more than 14,000 found the site and adapted it to their needs. To hear how Magpi has been used by the International Rescue Committee to allow midwives in Sierra Leone text message the numbers of births and deaths in their village once a week (this real-time count is a huge improvement from surveying every 10 years, as has traditionally been done) and by Physicians for Human Rights to document evidence to bring rapists in the Democratic Republic of the Congo to justice, watch this talk.

Selanikio’s talk contains echoes of two TED playlists. First, it reminds us of the list “Making Sense of Too Much Data,” which brings together TED speakers with ideas on how to use the large sets of data that computers allow us to collect. From Hans Rosling on how stats can reshape worldviews, to Erez Lieberman Aiden and Jean-Baptiste Michel on Google’s scanning of 5 million books, to David McCandless and Aaron Koblin, who make art that renders data understandable, these talks make 0s and 1s highly inspiring. Watch »

Insel’s talk also reminds us of the playlist “The Future of Medicine,” filled with talks on incredible achievements in healthcare. Anthony Atala explains how to print a human kidney, Max Little shares how a 30-second phone call can deliver a Parkinson’s diagnosis, and Daniel Kraft looks at how healthcare will become more and more app-based. Watch »