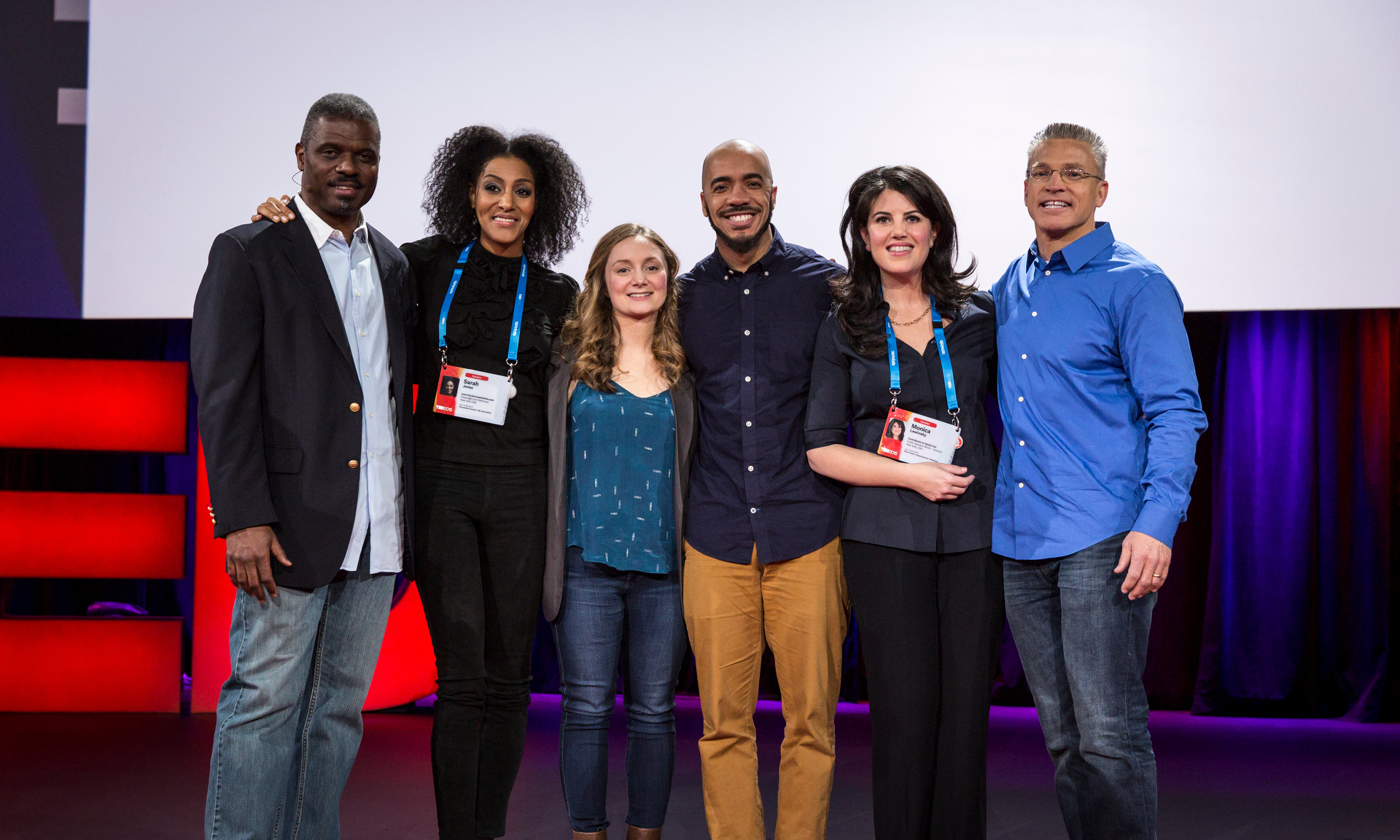 Questions of justice and injustice are the most difficult of our world. There’s no app that can fix these things; simple solutions just don’t exist. And yet, we have to try. In these six talks, speakers share their thoughts on large-scale injustices and give their thoughts on how we can start to dismantle them.

The echo of humiliation. “I was Patient Zero of losing a personal reputation on a global scale almost instantaneously,” Monica Lewinsky boldly declares on the TED stage. She shares what she went through after her affair with President Bill Clinton came to public light — not to ask for pity, but to show the personal cost of public shaming, something that many others have experienced in the years since 1998. “Not a day goes by that I am not reminded of my mistake, and I regret that mistake deeply,” she says. But the attention and judgment that I received — not the story, but that I personally received — was unprecedented.” There is a cultural cost of public shaming too, she says. She sees her story as the start of something sinister in our culture: humiliation as entertainment. “For nearly two decades now, we have slowly been sowing the seeds of shame and public humiliation in our cultural soil,” she says. To hear more of what she had to say, read our beat-by-beat recap of Lewinsky’s talk. Or watch Monica Lewinsky’s powerful TED Talk »

Simple failures of compassion. In the early 1980s, 40,000 kids died a day because of poverty; today, that number is down to 17,000. Our success in fighting global poverty, says civil rights lawyer Gary Haugen, is a testament to what we can do when we exercise our collective compassion. Great, right? Says Haugen: Yes, the number of people who live on less than $1.25 is down from 50 percent to 15 percent over the past three decades – but if you move that number up to just $2, nearly the same number of people are living in poverty. So what’s the problem? Violence and its constant companion: lack of effective law enforcement. “Poor women and girls between 15 and 44,” he says, “are victims of everyday domestic abuse and sexual violence that account for more death and disability than malaria, car accidents and war combined.” In Bolivia, says Haugen, if a man sexually assaults a poor child he has a higher chance of slipping in the shower and dying than ever going to jail for that crime. And to make matters worse, the very people with a vested interest in keeping these areas safe are pouring their money into private security rather than public, further exacerbating the problem. “We have to start making stopping violence indispensable to the fight against poverty,” says Haugen. Anything else isn’t serious.

5 takes on sex work. Next, monologue master Sarah Jones gives the TED audience a tease of her one-woman-play Sell/Buy/Date. She transforms into a British school teacher giving a lesson “from that period of history, starting in 2016.” She instructs her students to pay close attention as they access the memories, thoughts and feelings of real people back in that time to understand how they thought about sex work. First we meet a witty grandma, complete with thick, boxy glasses, who talks about watching “dirty movies”; next Bella, a valley girl-ish college freshman who is Sex Work Studies major with a minor in YouTube memes; a nanny from Trinidad who says, “If I have to touch another white man’s backside, I might as well get paid a lot of money”; and Maureen Fitzroy from Ireland, a nun turned prostitute. All of these characters are played by Jones herself, of course. 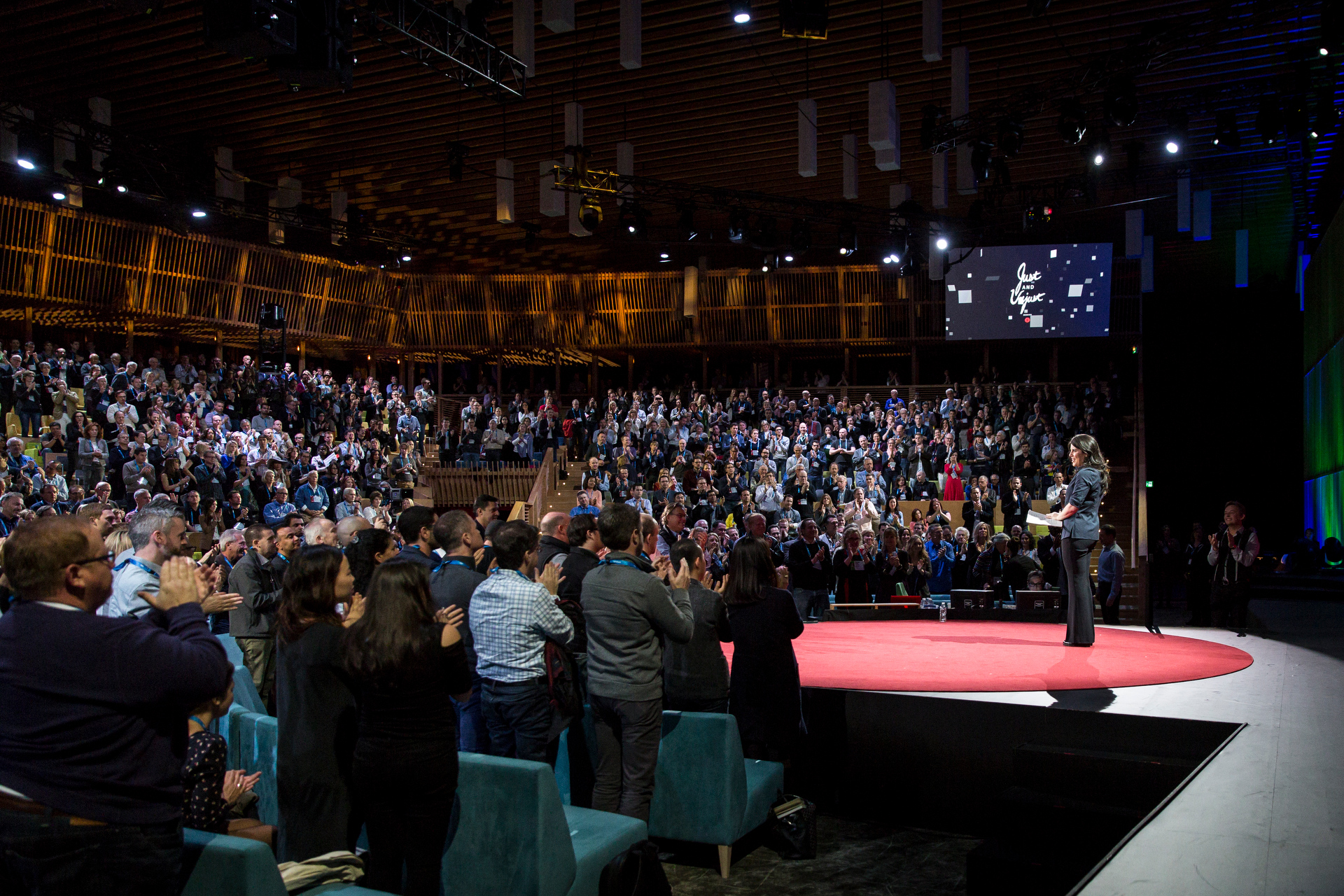 Monica Lewinsky gets a standing ovation for a brave talk at TED2015. Photo: James Duncan Davidson/TED

Prison: the other college? “On the path that American children travel to adulthood, two institutions oversee the journey: the first one we hear a lot about, college,” says sociologist Alice Goffman. The second? Prison. “Young people on this journey are meeting with probation officers instead of teachers, going to court dates instead of class, their junior year abroad is a trip to state correctional facility … They’re emerging from their 20s with criminal records.” In the past 40 years, the incarceration rate in the United States has grown by 700%, says Goffman, and so more young people — mostly from African American and Latino communities — are on this path. For six years while getting her undergrad and grad degrees at the University of Pennsylvania, Goffman lived in a troubled Philly neighborhood. She saw firsthand just how easily the little mistakes of youth land people in these communities on the path to prison. “We are asking kids who live in the most disadvantaged neighborhoods, who are facing the toughest times … we are asking them to never do anything wrong,” says Goffman. “Why are we offering only handcuffs and jail time?” Goffman is happy to see a movement building toward the end of mass incarceration, and urges us to continue to see incarceration as a civil rights issue. 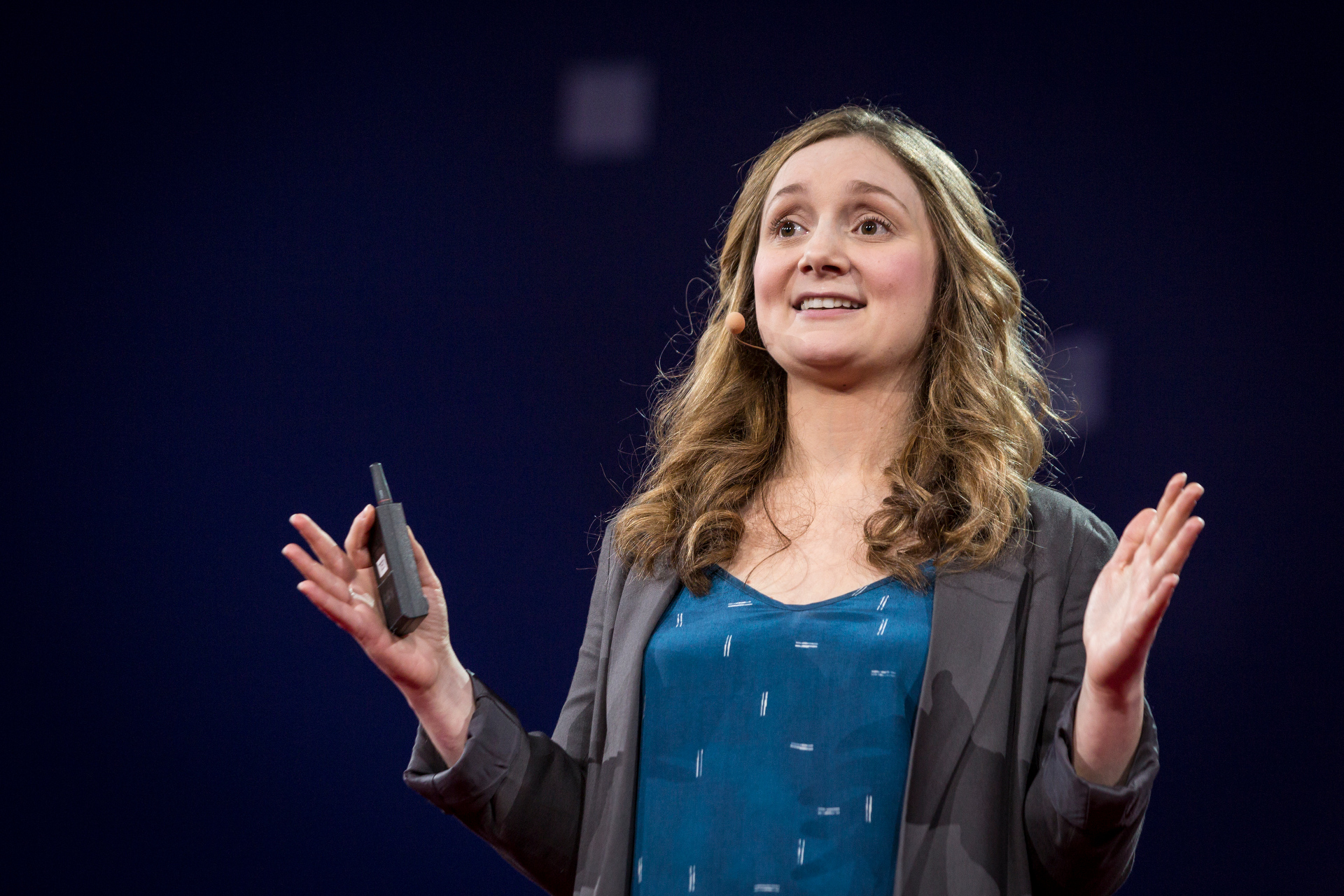 Alice Goffman moved into a poor neighborhood of Philadelphia to get a first-hand look at the way the criminal justice system treats young black men. Photo: Bret Hartman/TED

Kids not caskets. “My parents raised my siblings in an armor of advice, so we could be kids not casket or concrete.” In a powerful talk, poet and teacher Clint Smith reflects on growing up as a young black man in America. He recalls being an inquisitive child and wondering (like all kids do) why he always had to listen to his parents. But one night crystalized for him that his parents had to be extra careful: On an overnight field trip, Smith and his friends bought Super Soakers to have a water fight in the hotel parking lot. Smith’s father grabbed him by the arm with “an unfamiliar force,” and told his upset and bewildered son, “I’m sorry, but you can’t act the same as your white friends. You can’t pretend to shoot guns.” Smith realizes as an adult how frustrating it must have been for his parents, to want to give him a real childhood, while also realizing how dangerous it could be just for him to wear a hoodie at night. For young black kids, says Smith, “Someone’s implicit bias might be the reason you don’t wake up in the morning.” So when we say black lives matter, he says, “It’s not because others don’t; it’s simply to affirm that we are worth existing without fear.”

A heartfelt aria. Tharanga Goonetilleke, a soprano opera singer from Sri Lanka and a 2015 TED Fellow, stepped into the single spotlight. Accompanied by a light piano melody, she began with a steady aria, whose heartfelt sincerity was felt with every note. The immensity of her voice filled with room in a soothing, peaceful way. Tharanga’s performance was moving in its powerful simplicity and grace.

How to end violence in cities. Rev. Jeffrey Brown starts his talk with a counterintuitive statement: “I learned some of my most important life lessons from drug dealers, gang members and prostitutes and had some of my most profound theological conversations on a street corner.” When he first graduated from seminary, Brown wanted to start a megachurch, but that’s not how things worked out. He was working in Boston as homicide rates spiked. “Young people were killing themselves for reasons I thought were very trivial,” he says. “The social structures in inner cities were sagging under the weight of all this violence.” He started programs at his church to reach at-risk youth. But he soon realized that wasn’t enough; he needed to work with those committing the acts of violence. And thus, Brown started walking the streets at night and listening. “We said, ‘We don’t understand our community from 9pm to 5am … Help us,” he says. He found that people on the streets weren’t hard or uncaring, and he began to see them as potential collaborators. He became a part of the “Boston Miracle,” a massive effort to bring people together in the city; it’s credited with leading to a 79% decline in violent crime. Brown’s message to the TED audience? “We’ll never arrest our way out of this situation,” he says. “I believe we can end the era of violence in our cities. People are doing it even now… and they need your support.”