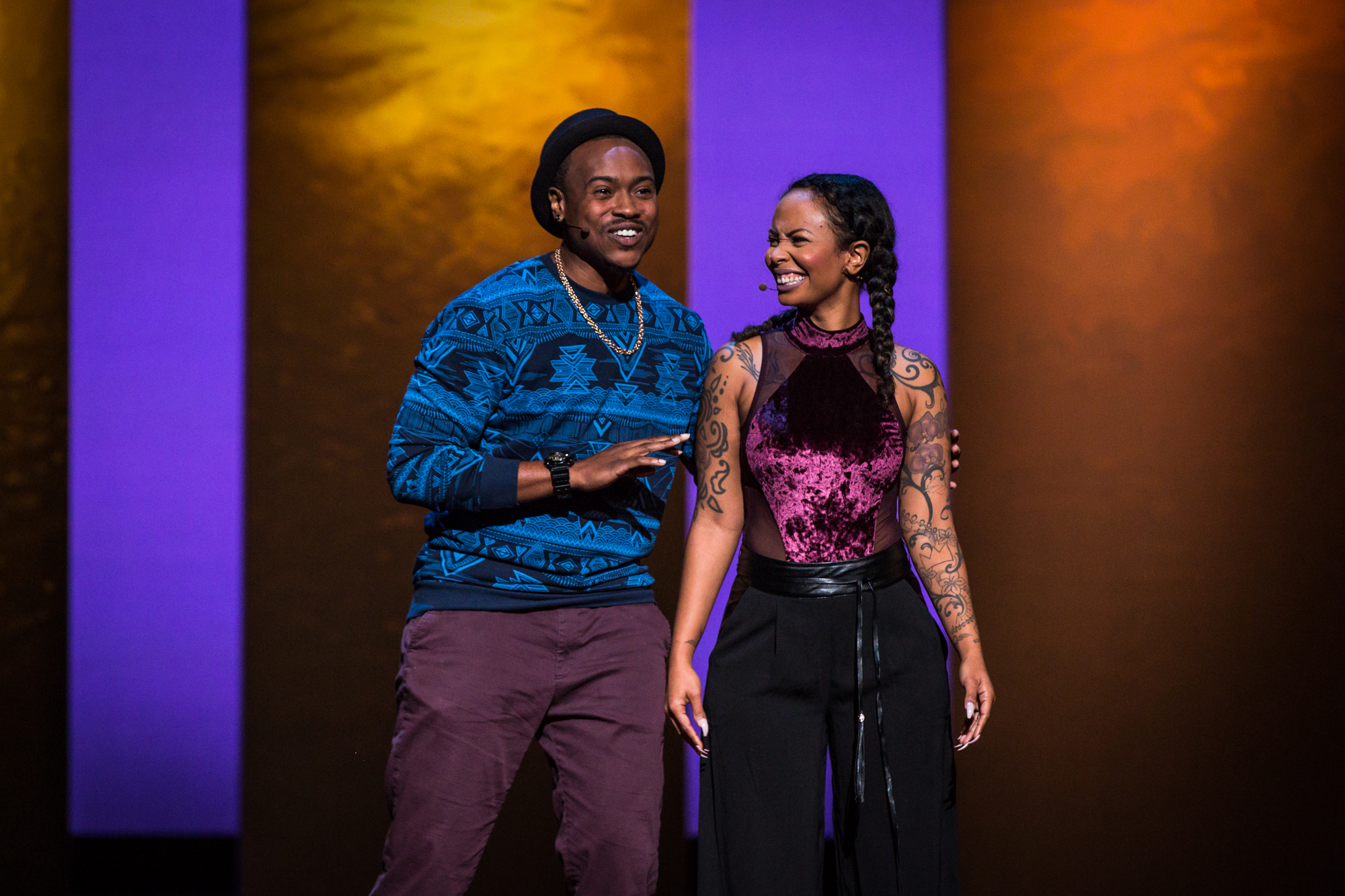 From the start, Tiq and Kim Katrin Milan’s relationship was a whirlwind romance — a unique union rooted in a deep love, respect and mutual admiration that came across warmly as they stood hand in hand on the TEDWomen stage.

Both poets, writers, and creatives with a long history of community work, their relationship stems from a beautiful balancing act of two complementary, opposite spirits that dance and flicker in tandem. With Kim as a lifelong traveler and Tiq born into a large family, they’ve promised each other a life as vibrant, uncompromisingly bright as their authentic selves.

“Keep me safe, and I’ll keep you wild,” is Kim’s promise to Tiq. “Our relationship has always been about setting each other free.”

Their marriage stands as testament to something bigger than themselves, as a representation and pure reflection of the love, worth and respect that all members of the LGBTQIA+ community deserve, but are often denied — especially by their own families — betrayed by those they trust the most. Their love is about creating new ways of existing, of accepting people as they are by dropping preconceived notions of how somebody should be in their body, in their gender and in their skin. By unlearning these deep-seated biases, says Tiq, people can embrace who they truly are and create a new language of love.

“We open up little windows into our relationship for our community to bear witness,” shares Kim. “We do this because we want to make maps to the future, and not monuments to ourselves.”

Tiq and Kim ask us to imagine a world where the self is truly self-determined — where, as Tiq says, “Who we are is a kaleidoscope of possibility, without the narrow-minded limitations masquerading as science or justice.”