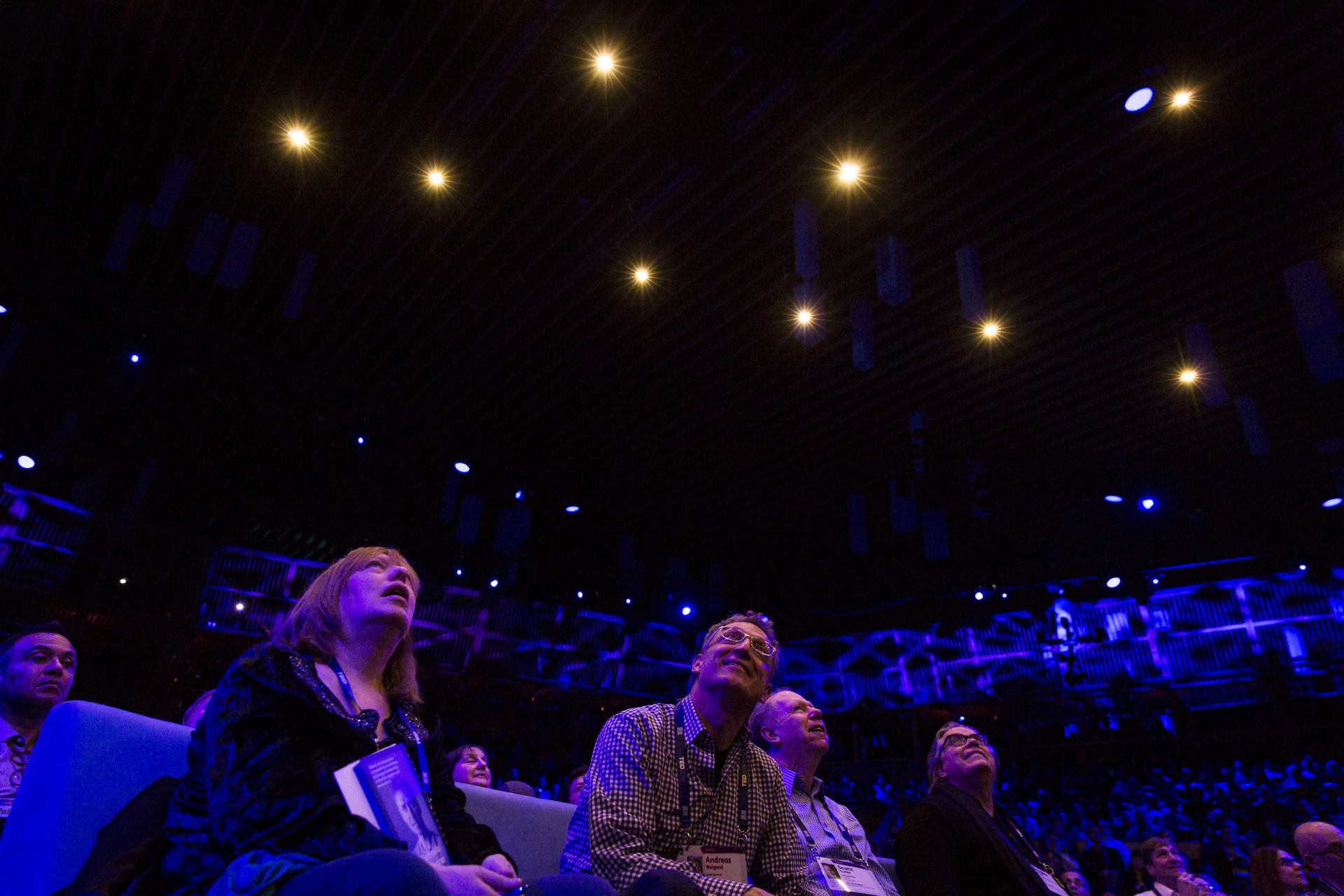 During day three of TED2016, we felt both wonder and terror. Below, some of the strongest messages cutting through a day of incredible talks.

A swarm of autonomous robots, as magical as fireflies. When you hear the word ‘drone,’ you probably think of something either useful or scary. But could they have aesthetic value? Raffaello D’Andrea showed us what swirl of glittering autonomous robots could do.

People without moonshots can change the world too. Linus Torvalds, creator of operating system Linux, gave an interview with TED’s curator Chris Anderson, and his message was clear: He’s not a visionary, but someone who focuses on the problems in front of him. He showed how someone who admits they’re not a people person can be the one who paves the way for open source.

Architecture can help healing. Michael Murphy shared designs for a monument to racial injustice in American. After he spoke, TED superstar Bryan Stevenson — who dreamed up the project — stepped onstage to explain the need. “I really believe that in America we’re not free. We’re burdened by a history of racial inequality and injustice,” he said. “Our history has scarred us, it has bruised us, it has injured us — but when we tell the truth about that history we change things.”

You can get lost in the art museum of your computer. Amit Sood and Cyril Diagne zoomed through Google’s Art Project, a collection of 6 million high-res images of art from cultural institutions around the world, to our delight. Though it’s nothing like the real thing, this free database of art makes accessible what might be too costly for much of the world.

There’s a time for cynicism, and a time for hope. Christiana Figueres of the UN Framework Convention on Climate Change talks about the pivotal, nearly unanimous decision from December to make strides on fighting climate change — but for years she was quite cynical about whether this would happen in her lifetime. Later in the day Al Gore gave a rousing talk on how badly things are going, and six reasons he’s hopeful.

The honest truth about Muslims: they’re like everyone else. Dalia Mogahed is just your average Muslim, and she has a message for anyone who has doubts about the relationship between violence and the teachings of the religion: There isn’t one. ISIS and Islam are about as linked as the KKK and Christianity, she says.