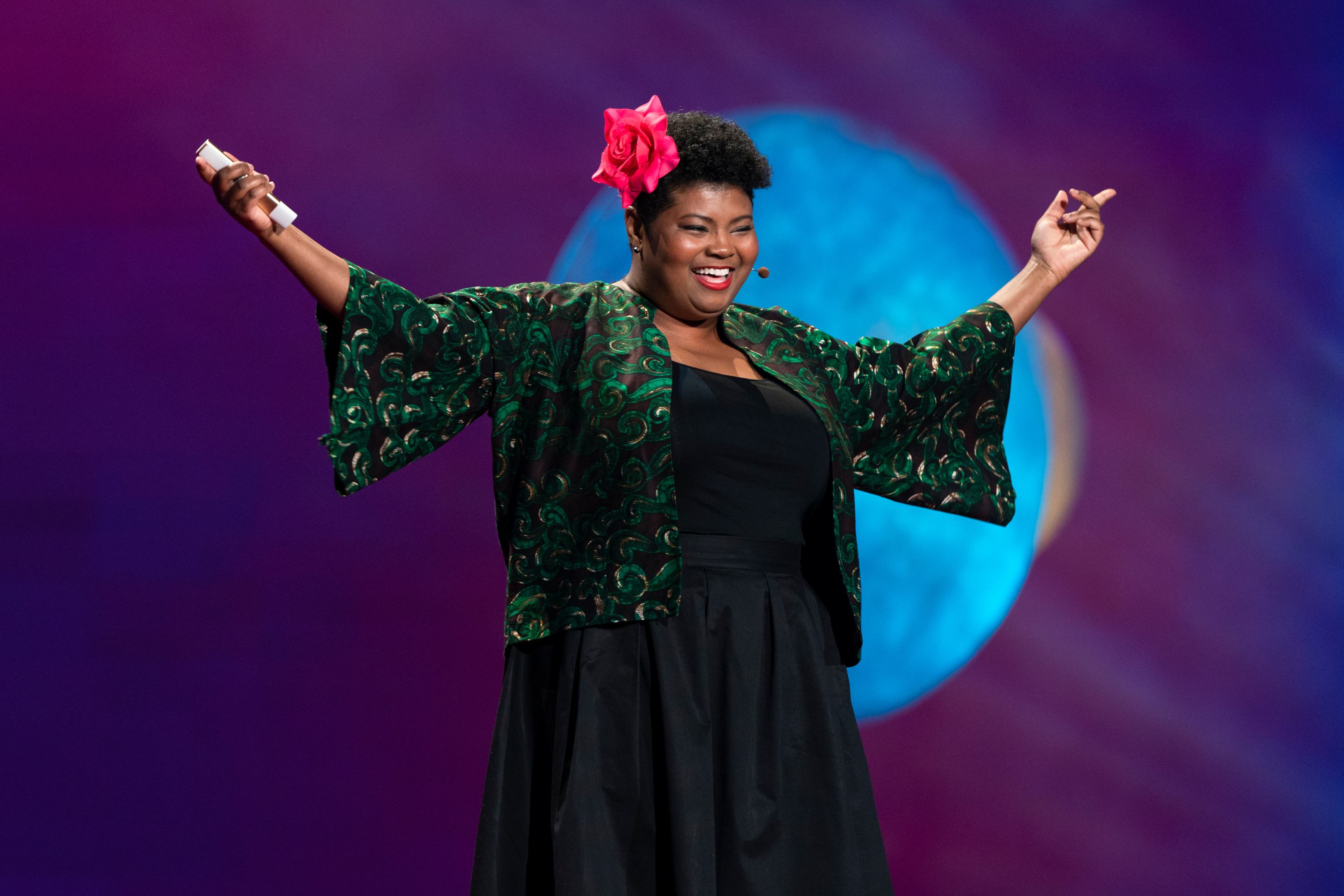 Biologist Danielle N. Lee  teaches a memorable lesson on animal monogamy during TED Fellows Session 2 at TED2019: Bigger Than Us, on April 15, 2019 in Vancouver, BC, Canada. (Photo: Dian Lofton / TED)

When and where: Monday, April 15, 2019, 2pm, at the Vancouver Convention Centre in Vancouver, BC.

The talks, in brief:

Erika Hamden, an astrophysicist who builds telescopes at the University of Arizona. 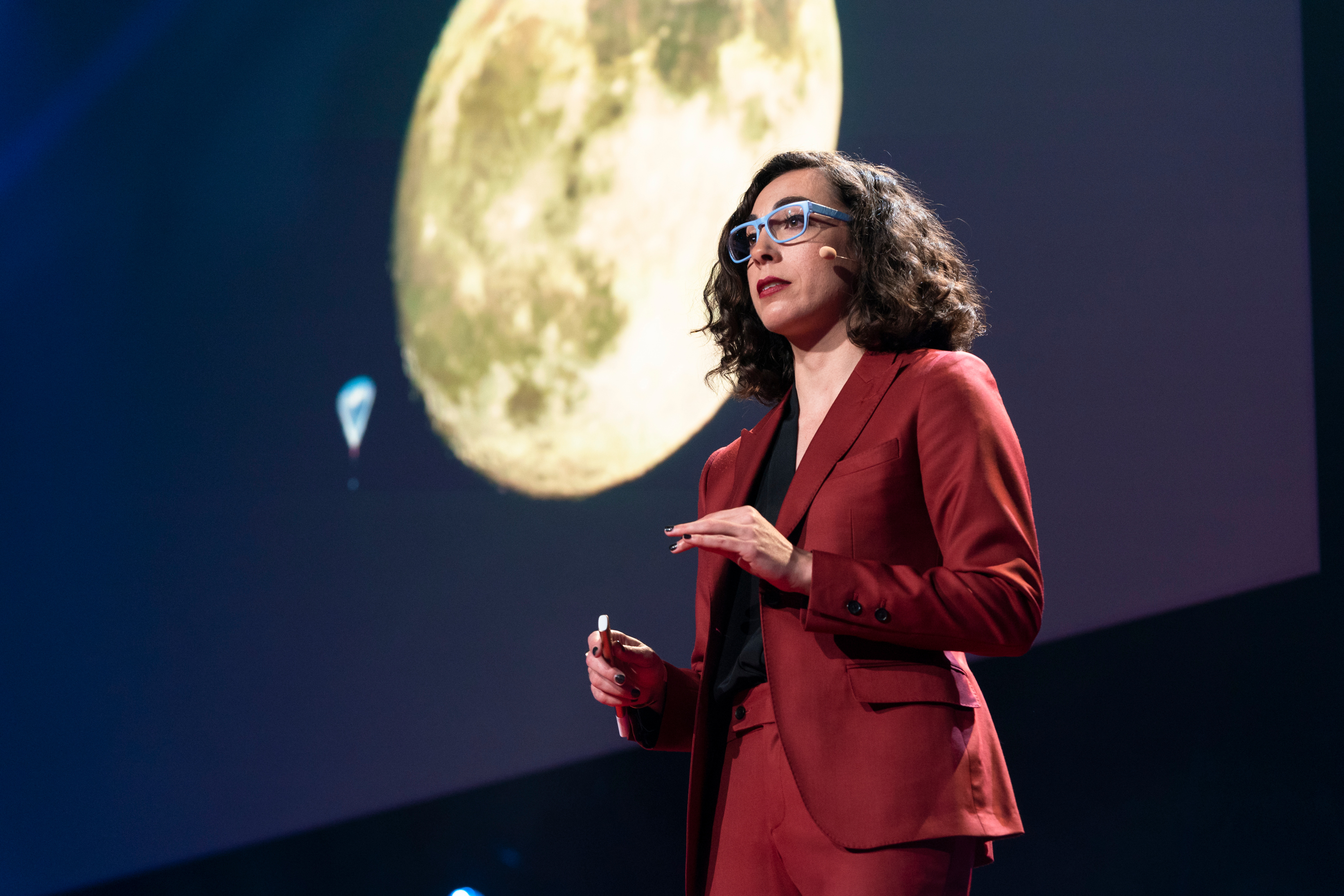 Erika Hamden shows a view of the Moon next to, at lower left, a giant balloon carrying a space telescope she and her team designed. She speaks during TED Fellows Session 2 during TED2019: Bigger Than Us, on April 15, 2019 in Vancouver, BC, Canada. (Photo: Ryan Lash / TED)

Alexis Gambis, a filmmaker and biologist, as well as founder and executive director of film festival Imagine Science Films and creator of streaming film platform Labocine.

Hiromi Ozaki, an artist who explores the social and ethical implications of emerging technologies. 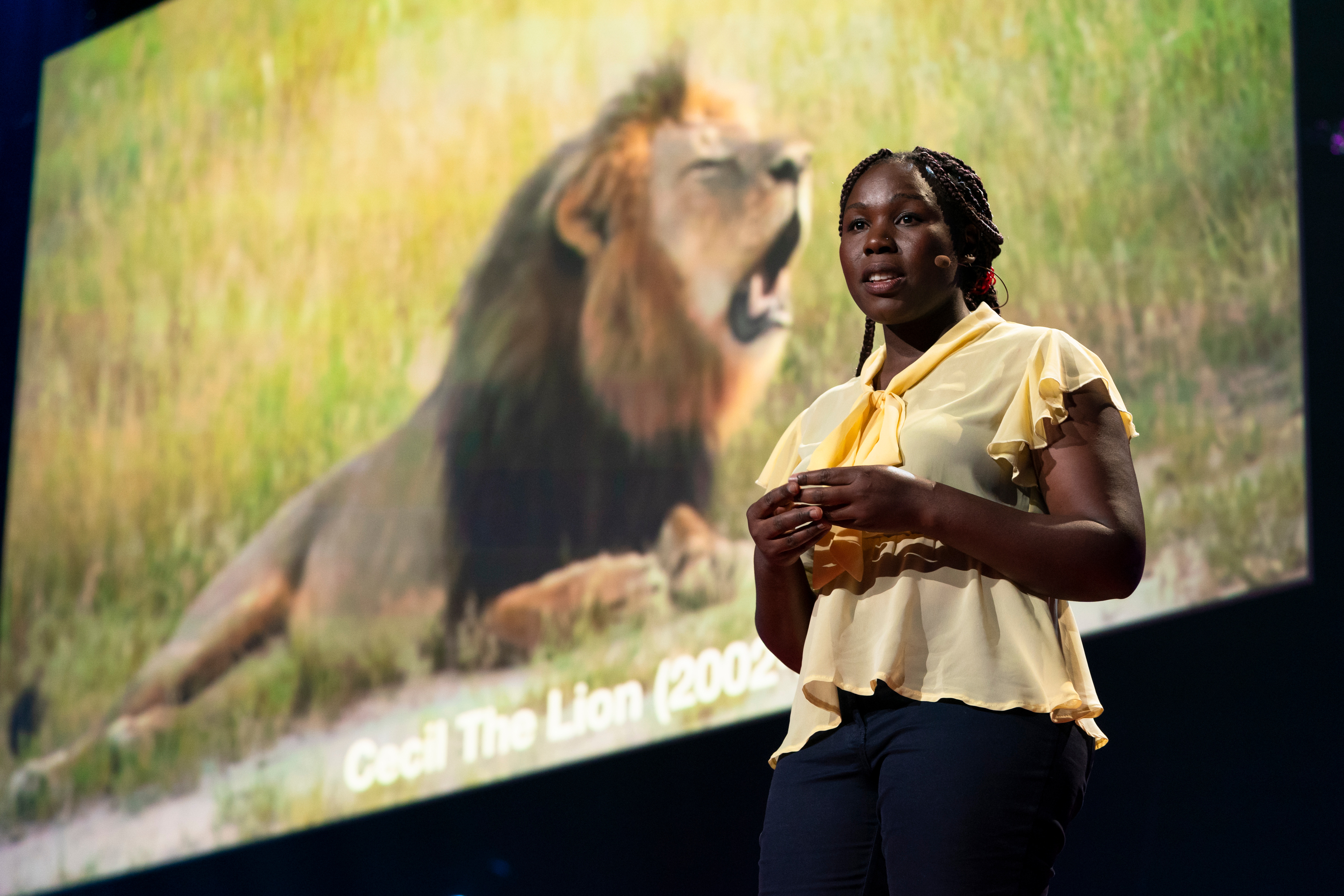 Conservationist Moreangels Mbizah worked with the famous Cecil the lion — until he was shot by a trophy hunter. How can we prevent the next tragedy? By enlisting locals to protect the species they coexist with. Mbizah speaks during TED Fellows Session 2 at TED2019: Bigger Than Us, on April 15, 2019 in Vancouver, BC, Canada. (Photo: Ryan Lash / TED)

Leila Pirhaji, a biotech entrepreneur and founder of ReviveMed, an AI-driven metabolomics platform focused on discovering drugs for metabolic diseases. 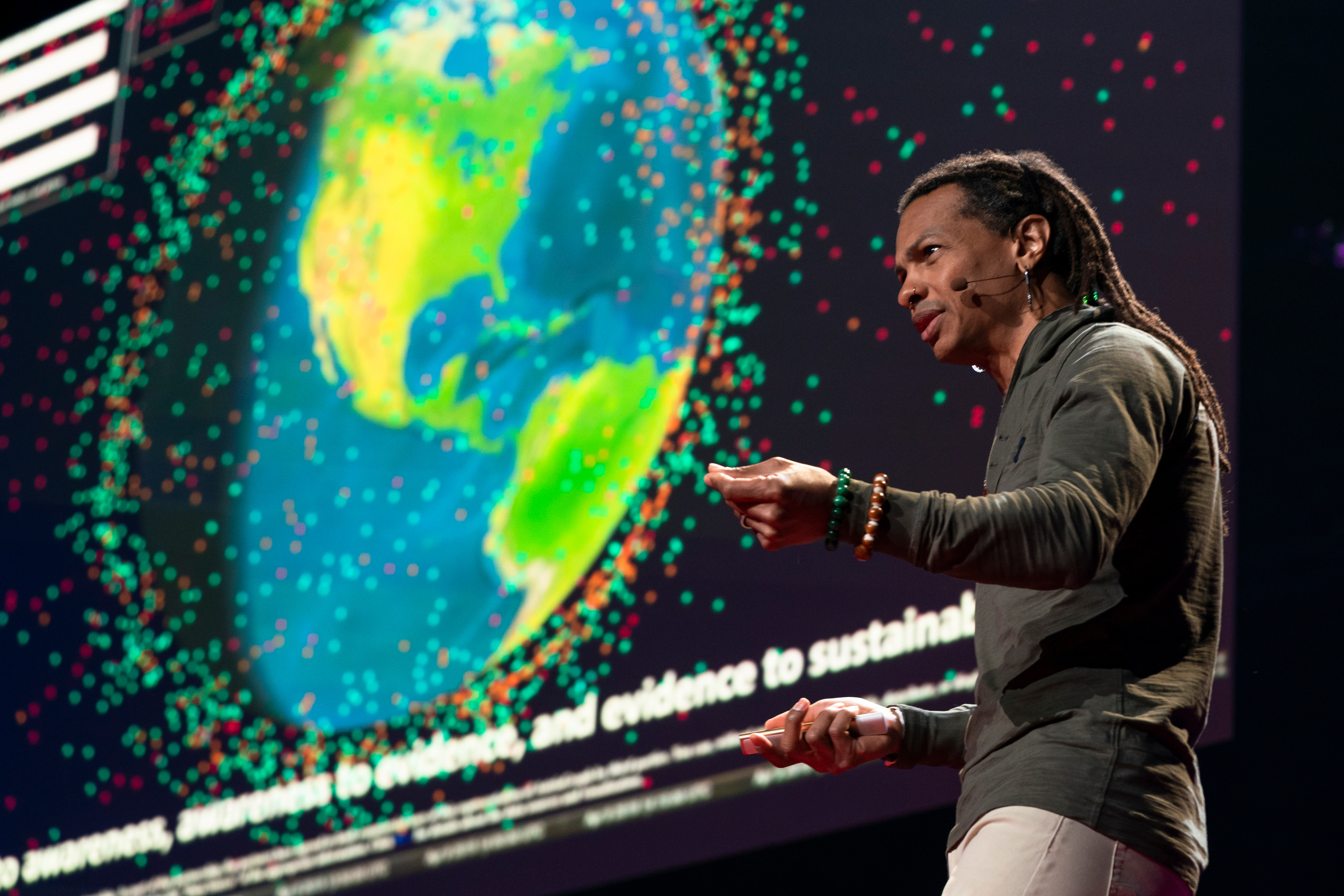 Moriba Jah shares a visualization of space junk during TED Fellows Session 2 at TED2019: Bigger Than Us, on April 15, 2019 in Vancouver, BC, Canada. (Photo: Ryan Lash / TED)

Brandon Anderson, a data entrepreneur and inventor of the police-reporting platform Raheem.

Skylar Tibbits, a designer, computational architect and founder of the Self-Assembly Lab at MIT