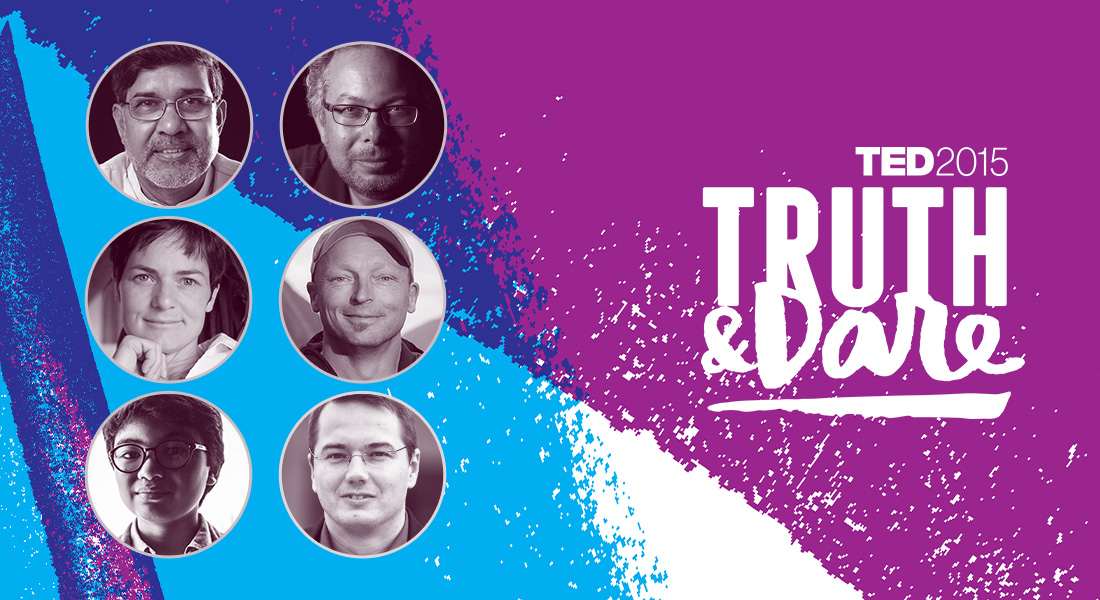 TED2015 promises to be our most provocative, thought-flipping conference yet. And we’ve added a few new speakers and performers to the lineup to join us March 16-20 in Vancouver. Below, a little introduction.

Chris Urmson develops self-driving cars that thrive in both urban and off-roading environments. As the Director of Self-Driving Cars at Google[x], his team has developed cars that have driven over three quarters of a million miles. He joins Session 3: “Machines That Learn.”

Rony Abovitz will speak in Session 6, “Radical Reframe.” As head of the startup  Magic Leap, he wants to give a new interface to personal computing.

Daredevil Chuck Berry wasn’t a pioneer of rock ’n’ roll — but he was the first person to skydive using only a tent. The winner of our public callout for a talk on how wearable cameras are changing adventure, he joins Session 7, “Creative Ignition” to talk about why he skydives, BASE jumps, wingsuits and hang-glides, filming it all.

And we have three new speakers in Session 12, “Endgame,” the super-sized finale of TED2015.

Dame Ellen MacArthur circumnavigated the world by sail twice — once on her own. But her travels sent her in a new direction: she now advocates for a “circular” economy, where resources and power recirculate and regenerate.

An 11-year-old piano prodigy from Indonesia, Joey Alexander has a passion for jazz — a genre he discovered listening to his father’s records at home in Bali.

And finally, Kailash Satyarthi won the Nobel Peace Prize in 2014 along with Malala Yousafzai for “their struggle against the suppression of children and young people.” He fights hard to protect the rights of child laborers, in India and beyond.

Stay tuned to the TED Blog for full coverage of TED2015 from March 16 to 20, 2015. Want to experience it first-hand? Apply to attend TEDActive 2015, a simulcast event in Whistler for movers and shakers. Or check out TED Live, which brings the conference experience into your living room, office or classroom.